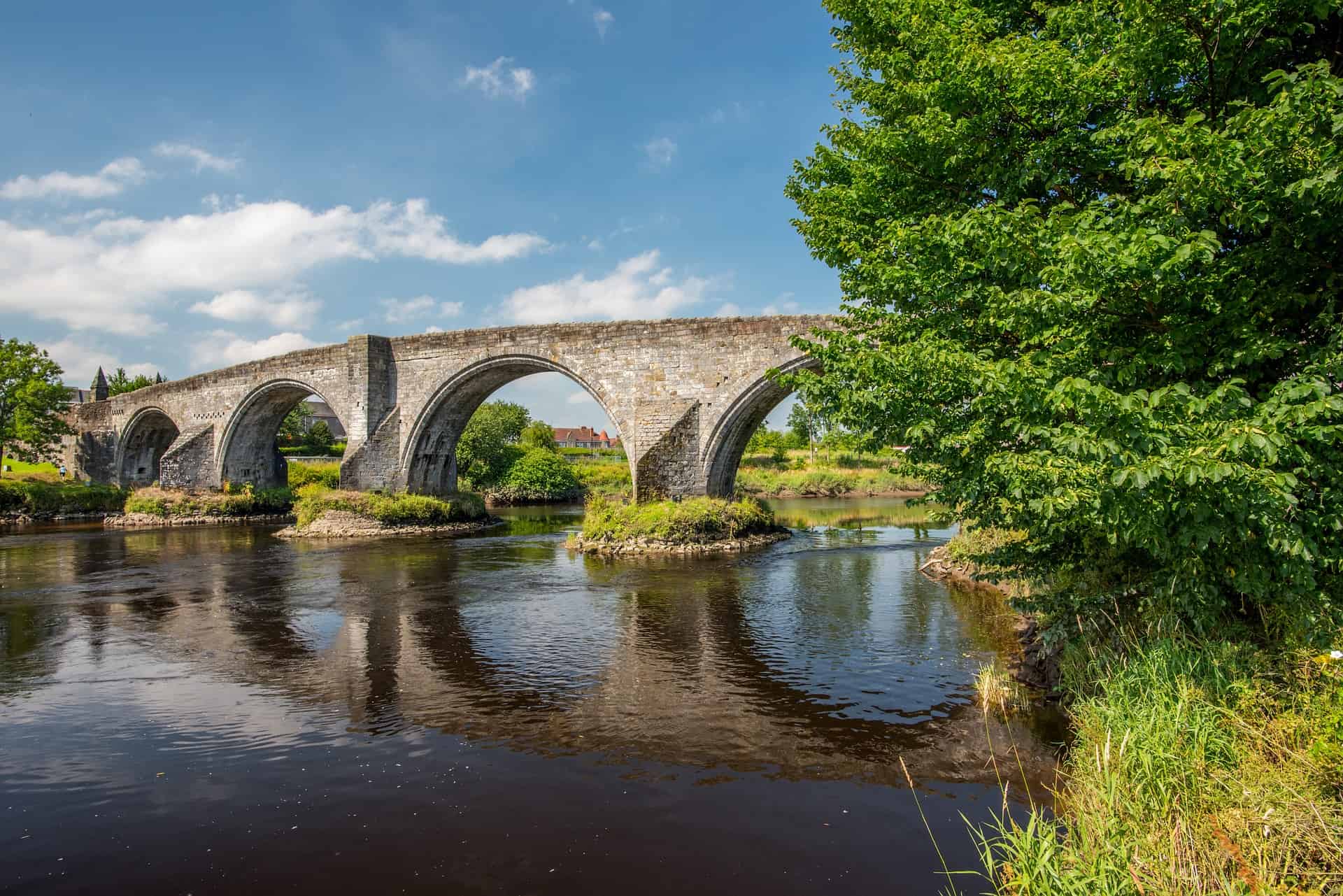 Stirling looks somewhat like a miniature Edinburgh with its cobbled streets, historic buildings and crag-top castle but it is an appealing and charming city in its own right with plenty to explore apart from its impressive castle. Often described as the ‘brooch which clasps the Highlands and Lowlands together’, thanks to its central location, Stirling is a history lover’s playground with magnificent scenery as its backdrop. Stirling is the place where the Scots, led by William Wallace (of Braveheart fame), defeated the English at the Battle of Stirling Bridge in 1297 and where the Scots won again under Robert the Bruce at the Battle of Bannockburn only 17 years later. The city is very accessible, being less than an hour from both Glasgow and Edinburgh by train.

What to See in Stirling

Stirling’s crowning jewel is Stirling Castle, which overlooks the city. Historically and architecturally, it is one of the largest and most important castles in Scotland. Stirling Castle was once the favoured residence of the Stewart monarchs and was very much both a palace and a fortress. Knights, nobles and foreign ambassadors would flocked to opulent celebrations at the castle and revel in its elegant halls and beautiful gardens. Before the Union of the Crowns, several Scottish kings and queens were crowned at Stirling, including Mary, Queen of Scots, in 1542.

Much of the castle dates back to the 15th and 16th centuries. It is open daily to visitors and some highlights include the Great Hall, the Regimental Museum, the Great Kitchens and the nearby Argyll’s Lodging, a 17th century town house. There are also beautiful gardens to explore and costumed performers who bring the history of the castle to life.

Stirling’s Old Town Jail lay empty for over fifty years until it was reopened as a visitor attraction in 2015. The former prisoner cells have been transformed into exhibitions about the prisoners, punishments and executions that took place within the jail’s walls. From the top of the observation tower, you can enjoy amazing views of Stirling’s Old Town.

The National Wallace Monument is a medieval tower commemorating William Wallace that sits on Abbey Craig, a hilltop overlooking Stirling. Wallace was the hero depicted in Braveheart who helped the Scots gain their independence. The view over Forth Valley is verdant and lovely and a visit the monument offers an insight into Scotland’s turbulent national history.

Twenty minutes from Stirling’s city centre is one of the country’s best-preserved medieval fortresses, Doune Castle. The oldest parts of the castle date back to 1260 and it has remained largely unchanged since it was rebuilt for the Duke of Albany in the 14th century. It is a courtyard castle, with a majestic 100 ft high gatehouse and an impressive great hall. Today, visitors may recognise it as the fictional Castle Leoch from the hugely popular Outlander series. It also heavily featured in Monty Python and the Holy Grail and was used as Winterfell in the pilot of Game of Thrones. Today, you can stroll around the castle’s courtyards and explore its nooks and crannies.

Also near Stirling is the stunning Linlithgow Palace. The birthplace of Mary, Queen of Scots, the royal palace became a favourite residence amongst the Scottish monarchs in the 15th and 16th centuries. Although the palace was maintained after the Scottish monarchs left for England, the palace fell into disrepair and was badly burned by The Duke of Cumberland‘s army in January 1746. In the centre of the palace’s courtyard is the incredible King’s Fountain, Britain’s oldest fountain. Elaborately carved, the fountain was commissioned by James V in 1537 and once flowed with wine for the visit of Bonnie Prince Charlie in 1745.

Stirling and its surrounds are steeped in history and beauty. It is a great base for exploring the Scottish Highlands and the Lowlands and there are many hidden gems within the city itself. As well as extraordinary architecture, art and heritage, Stirling also has a thriving culinary scene and you can find everything from fine-dining restaurants to cosy pubs and hidden bars dotted around its centre. If you’re interested in visiting Stirling, please have a look at our tours that visit there. Our History of the Jacobites tour spends two nights in Stirling and visits both Linlithgow Palace and Stirling Castle. Our Scottish Whisky and other Scottish Wonders tour also makes a day trip to Stirling and our Scottish Great Trails Walking tour spends four nights in Stirling and does some great walks in its surrounds. 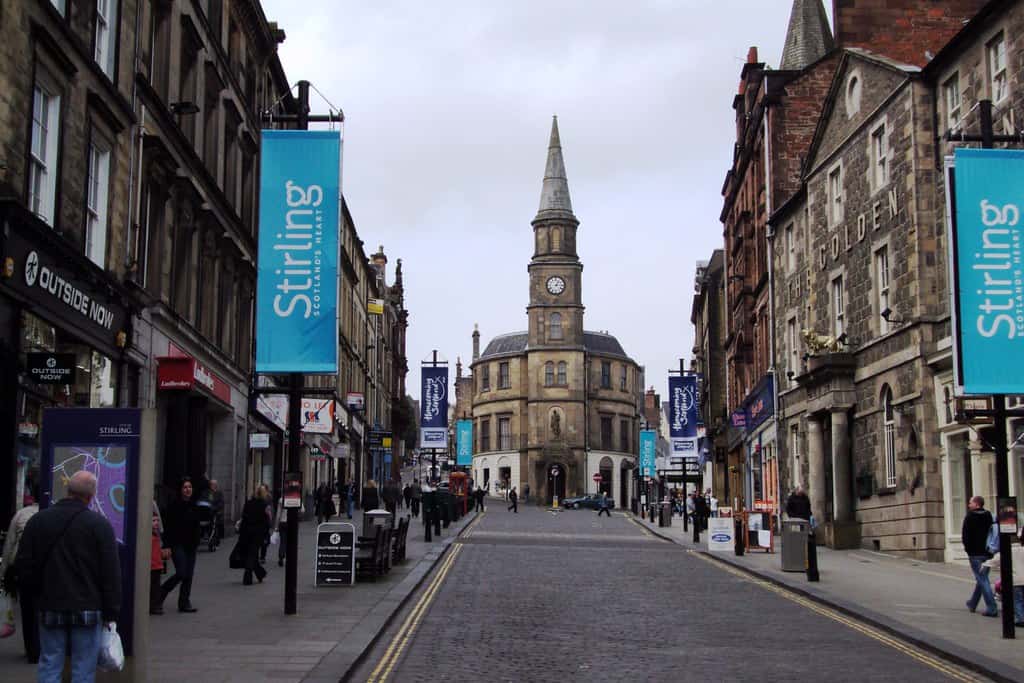