Questions about England for Senior travellers on a escorted small group tour.

Odyssey Traveller specialises in crafting unforgettable experiences for senior and mature-aged travellers travelling as a couple or solo travel. Providing adventure and educational programs to escorted small group tours since 1983. Odyssey has built up a reasonable knowledge bank to answer questions about England that travellers are likely to ask, as they make their plans to tour independently, or with us as part of a small group tour. We hope that this list of frequently asked questions and the answers we provide will help you with planning your next holiday.

Read on, but please do not hesitate to contact us via the website, or through email or chat if you have more questions about England or our other tours.

What’s the difference between England, the UK and Great Britain?

People from outside the British Isles often (understandably) get confused by all the different terminology used: England, Great Britain, United Kingdom. As a rule:

England refers to the country (but not sovereign state) of England, once the lands of the Kingdom of England, which are considered to have a distinct culture and history. England is the largest and most powerful country in the United Kingdom, which leads people to refer to the sovereign state as England, though this is incorrect.

The British Isles is a geographic term referring to the islands of Great Britain, Ireland, the Isle of Man, and the Channel Islands.

How far is England from mainland Europe?

The shortest distance between England and mainland Europe is 33.3 kilometres (20.7 miles), between Dover and Calais in France. The crossing via Channel Tunnel takes just over thirty minutes by car.

The Brittonic inhabitants of England – who inhabited the area prior to the Romans or the Anglo-Saxons – referred to their home as *Albi̯iū. The Ancient Greeks converted this as Albíōn, and the Ancient Romans as Albion. However, during Roman times, the term Britannia was more commonly used. While never in official use, Albion has often been used by poets to evoke a romantic, elegiac, England.

The word England derives from the Old English word the Angles used for their adopted home, Englaland, meaning ‘land of the Angles’.

Geographically, the island of Great Britain is generally divided into two major regions: the uplands and the lowlands, with the uplands lying to the north-west of a rough line running from Devon in the south-west of the island, to the River Tees in Yorkshire.

The majority of England lies within the lowland side of the divide, marked by bucolic rolling hills and fertile plains. However, England also includes substantial upland territories, including the striking Pennines, the beautiful Cumbrian Mountains (location of the famous Lake District), and the picturesque Cotswolds in southern England.

What are the most popular cities and towns in England?

The most popular cities and towns in England include:

London: The commercial, cultural and political capital of England, few world cities are as iconic as London. Soak up England’s past imperial grandeur at St. Paul’s Cathedral and Westminster Abbey; view great works of art at the National Gallery, The Tate, and the Victoria and Albert Museum; and delve into contemporary multicultural London in Brixton and Brick Lane.

Brighton: Britain’s most beloved seaside town, Brighton is home to the exuberant Royal Pavilion and the iconic Brighton Pier. Today, Brighton draws visitors with a quirky culture all of its own, manifest in the many oddball boutiques and creative cafes and restaurants scattered around the city’s backstreets.

Bath: Possibly England’s most elegant city, Bath was established by the Romans as a health resort around the city’s hot springs, leaving some of the best preserved Roman baths in the world. In the 18th century, the hot springs once again brought the crème of 18th century society, whose grand manors are preserved around the Great Crescent. The society of Georgian Bath is immortalised in the novels of Jane Austen, who lived here in the early 19th century (and hated it).

Oxford: The University of Oxford is England’s oldest university and one of the world’s top institutions. Join the students and professors and ramble around the cobbled streets and ancient quads, home to some of England’s greatest minds, including Oscar Wilde, J.R.R. Tolkien, and Stephen Hawking.

Cambridge: Established in 1209 after a dispute among academics at Oxford, the upstart University of Cambridge has rivalled Oxford among the world’s best educational institutions, playing host to the great scientific minds of Sir Isaac Newton and Charles Darwin, and writers from Edmund Spenser to Zadie Smith. While Oxford is a bustling city, Cambridge is all university town, and has one thing the ‘other place’ (as the locals refer to Oxford) lacks: punting on the Avon.

Manchester: The birthplace of the Industrial Revolution in the late 18th century, the history of Manchester has been felt around the world. History buffs will love learning about the city’s fascinating history at the Science and Industry Museum and the People’s History Museum, while the city’s vibrant energy – reborn after economic decline in the late 20th century – will impress any visitor.

York: One of England’s most ancient cities, York (whose name derives from the Danish Jorvik) is also one of England’s most fascinating. Delve into the history of Viking England at the Jorvik Viking Centre, while York’s preserved medieval heart is a gateway into another time.

Is England a safe country?

Absolutely! The Australian government’s Smartraveller.gov.au recommends that travellers exercise normal safety precautions in the United Kingdom. Just use the same common sense caution that you would at home.

Do you need a visa to visit England?

Residents of Australia, the United States, Canada, and New Zealand can stay for up to six months without a visa, provided that they have a valid passport. As of February 2020, European Union nationals can also visit the UK for up to three months sans visa. Residents of most other countries will need a visa to visit.

When is the best time to visit England?

English weather is relatively mild. The summers can be either sunny and perfect – rarely too hot – or cool and wet. The weather remains good through spring and autumn, while winter tends to be cold and wet, particularly in the north, which frequently sees snow.

How much is a tour of England?

Odyssey Traveller’s tours of the UK range in cost from $5,550 AUD (The World of Shakespeare) to $17, 995 AUD (Opera Tour Europe) depending on the duration and costs of the tour. Our tour prices are listed on our tour pages.

What’s included on an England tour?

You can check our Inclusions/Exclusions tab on any Odyssey Traveller tour to see what’s included. On our Rural Britain tour we include:

We do not include:

This comprehensive tour of England and the UK introduces travellers to rural England through some of the country’s most picturesque walks, from the Lake District to the White Cliffs of Dover and the Isle of Arran in Scotland. The Rural Britain tour in June 2020 is guaranteed – why not think about joining?

If you’d like to learn more, do join Odyssey Traveller’s tours of England, designed for the mature-aged and senior travellers. 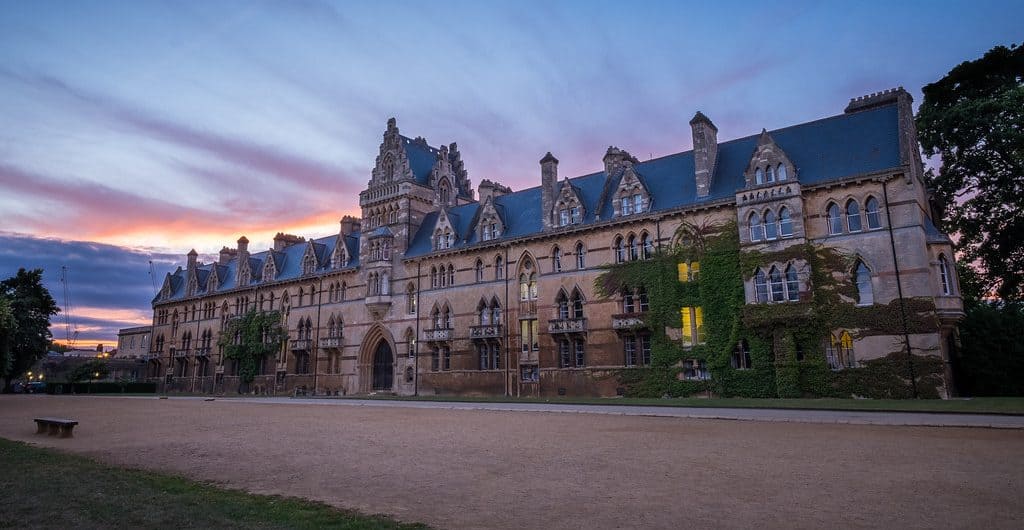 800 Years of History: Discover the University of Oxford

With 800 or so years of history, the university has not only shaped the city Oxford but has become a significant part of the fabric of English history, enduring through times of social upheaval and… 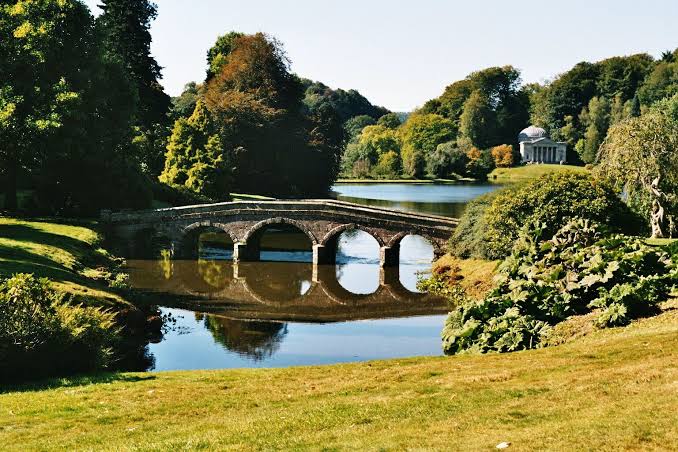 Discover the story of Capability Brown, the style of his landscapes and the mark they have left on modern England. Read about Brown's most famous clients and where you can admire his work today.

Derwent Valley Mills offers a unique opportunity to experience an industrial landscape that would become the model for textile factories throughout the world in subsequent centuries. 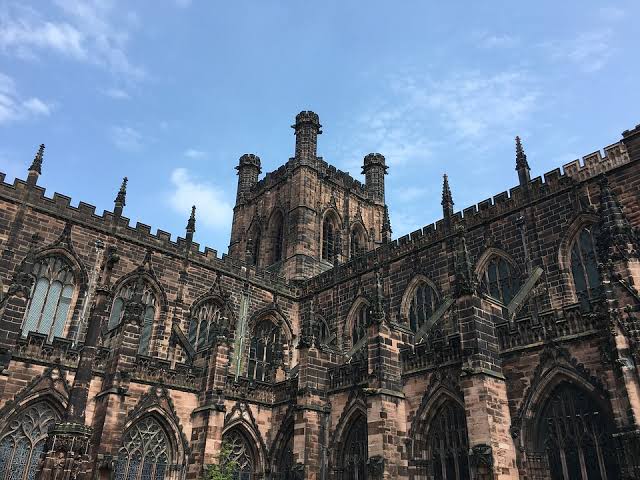 Chester was originally founded as Roman fort and has over 2000 years of history, but it is best known as a medieval city due its well-preserved Tudor architecture and observable legacies of its medieval past.…

Durham is a city steeped in history and packed full of hidden gems. Explore this UNESCO World Heritage city on Roaming Rural England . This small group has a guided visit of Durham Cathedral and walks the city.