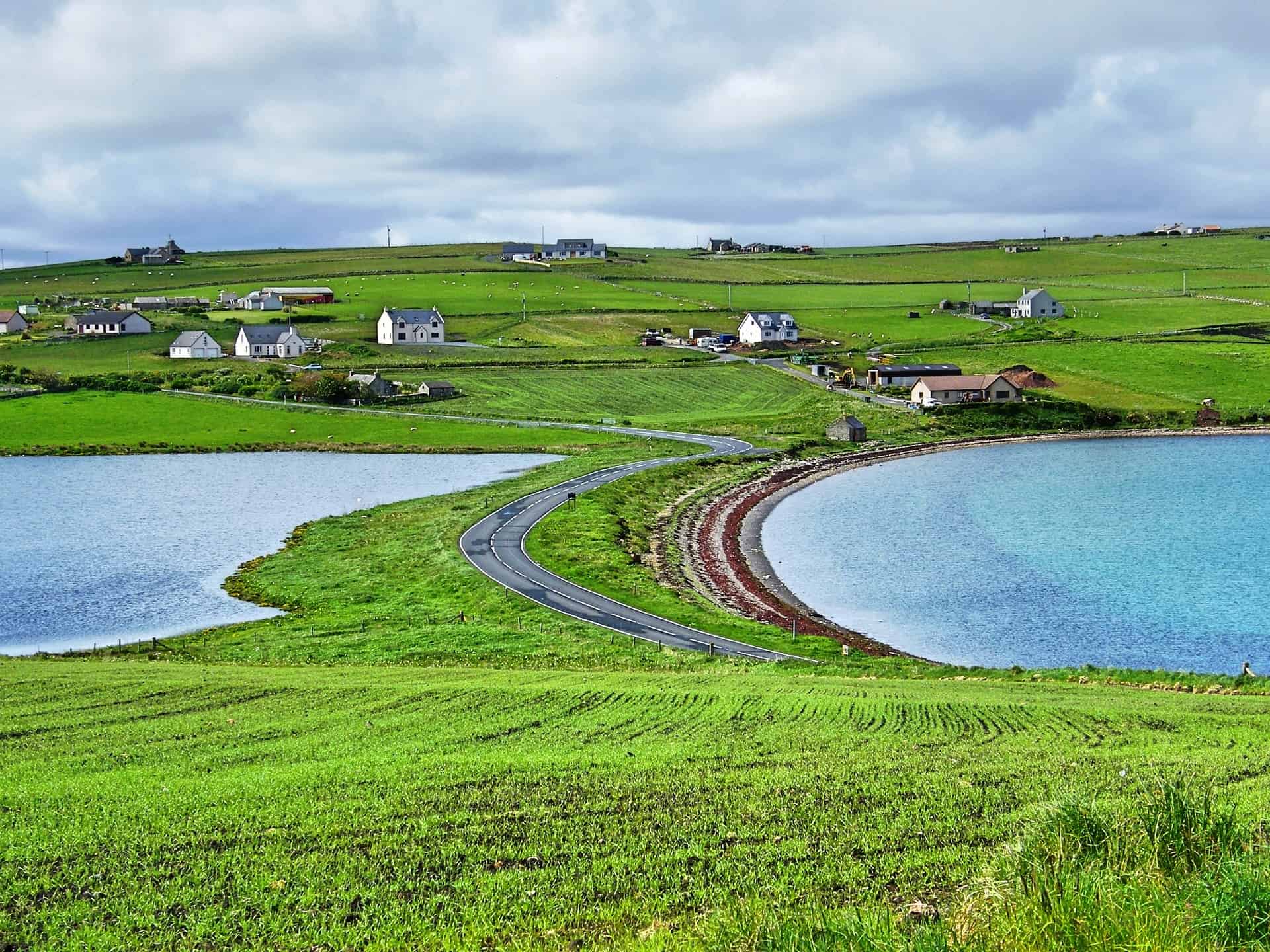 The Orkney Islands, also referred to as Orkney, are an archipelago off the north coast of mainland Scotland. Comprised of around 70 islands (20 of which are inhabited), the Orkney Islands have a mystical charm that makes you feel as if you are far away from everything despite the fact they are very accessible from the mainland. Orkney’s largest island is called Mainland and it was designated a UNESCO World Heritage Site in 1999.

The best way to get to travel to Orkney is by ferry or plane. You can fly from many of the major cities in the UK, including London, Edinburgh, Glasgow and Aberdeen, to Kirkwall, Orkney’s capital. It is cheapest, and quickest, to fly from Aberdeen. Northlink ferries also run from Aberdeen to Kirkwall. The journey takes around seven hours but the ferries are very comfortable and equipped with all the facilities you might need. There are also ferry links between Scrabster (near Thurso) and Stromness, and John O’Groats and Burwick. It is possible to do a day trip to Orkney from northern Scotland but those who can fit it into their itinerary, an overnight visit at a hotel or booking a few nights accommodation is a better way to make the most of the islands.

What to See in Orkney

Orkney is known for its prehistoric treasures and Neolithic sites, in particular its magnificent and ancient stone circles. A must-see site is the Ring of Brodgar, considered to be the finest known truly circular late Neolithic or early Bronze Age stone ring. Thought to be built around 2500 BC, 27 of the original 60 stones remain standing today and visiting the stone circle is a truly magical experience.

Another important site is Skara Brae, the best-preserved group of prehistoric houses in Western Europe. The settlement was first uncovered by a severe storm in 1850 and remains a place of discovery. You can explore these prehistoric homes, admiring the dressers and beds early humans made from stones more than 5,000 years ago. Today, visitors can enjoy an interactive exhibit that offers a fascinating insight into one of Orkney’s most incredible archeological sites.
Another archaeological wonder, also built 5,000 years ago, is Maeshowe, a Stone Age chambered tomb built into a hilly mound. The tomb, also known as a cairn, was first excavated in the mid-19th century and the tomb is built from enormous sandstone blocks that must have been brought from many miles away.

St. Magnus Cathedral in Kirkwall is a Viking-era red sandstone cathedral and Britian’s most northerly cathedral. It was founded in 1137 by Earl Rognvald, a Viking, as somewhere he could lay Magnus, his martyred uncle, to rest. His remains are entombed in an interior pillar. Those who choose to have a guided tour of the cathedral are allowed to climb the bell tower.

A twenty minute walk from the cathedral is the excellent Highland Park Distillery. The Highland Park distillery offers a number of guided tours and has been a part of the isle for a long time. The whisky distillery is still operating today and whisky has been distilled since 1798 and the barley is used is smoked over 4000 year old peat cut from the nearby Hobbister Moor.

The Churchill Barriers refer to four causeways that were built after the sinking of the HMS Royal Oak while it lay at harbour in Scapa Flow, a body of water in the Orkney Islands, in October 1939. Construction of the barriers began in May 1940 and much of the labour was provided by Italian prisoners of war, held in a camp on the island of Lamb Holm. Opened in 1945, the barriers have now been transformed into roads and link Mainland with the other Orkney isles of Lamb Holm, Glimps Holm, Burray and South Ronaldsay.

The prisoners who were made to build the causeways also unwittingly created their own modern-day tourist attraction, the Italian Chapel on Lamb Holm. The prisoners were Catholic and they managed to convince their camp commander to build a chapel as long as they built it outside their normal working hours. Two Nissen huts were joined together to form the chapel and one of the prisoners, an artist named Domenico Chiocchetti, painted the an image of Madonna and Child above the alter. Prisoners used scrap metal and beef tins to create candelabras and other decorative furnishings and the result was something incredible. Today, people travel from all over the world to visit the chapel and it became a symbol of peace and hope in the time of war. It takes around twenty minutes to travel from Kirkwall to the chapel.

If you love wildlife, there is a lot of interesting flora and fauna to see around Orkney. It is something of a flower-lover’s paradise – thanks to the winning combination of pollution-free air and diverse natural habitats there are around 500 native plants on the islands. Over the years, orcas, walruses and sea eagles have been spotted around Orkney but many people come to see the lovable puffin. Puffins are called ‘tammie norries‘ in Orkney and they spend most of their lives at sea, returning to their breeding colonies around April or May. One of the best places to see puffins is Castle o’ Burrian, a bulky sea stack off the Westray coast. Puffins flock here in the summer months and the surrounding cliffs provide the perfect vantage points to see them in action.

There is much to be explored in Orkney, whether its the Neolithic wonders, the wildlife, the dramatic scenery, or medieval monuments. It is a great way to spend a few days. If it sounds like a place you’d like to explore, please have a look at our Tracing 5,000 years of Scotland’s history tour, our Scottish Islands and Shetland small group tour and our Seven Ages of Britain tour . All these tours visit Orkney and spend a few nights on the island, visiting sights such as Skara Brae, St Magnus Cathedral and the Italian Chapel.

Articles about the Scottish Isles published by Odyssey Traveller.

The rest of our Scotland-related articles can be found here.