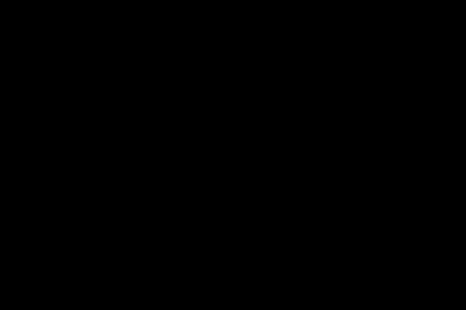 Scotland is a world-renowned travel destination. Travellers enjoy a terrific diversity in the Tours of Scotland that are offered to this popular country. Such diversity results in  countless memorable experiences for visitors. Known for its dramatic scenery, rich cultural history, and distinctive food and drink, Scotland is an unforgettable country to visit. This post provides key information on Scotland, with inside tips for travellers!

Odyssey Traveller has been taking people to explore Scotland since the late 1980’s. Over the years, Odyssey  has offered a variety of small group tours of Scotland. The three departures for the Scottish island tours remain very popular. These Scottish island holidays trace Celtic history and the Ancient stones of Scotland as well as some of the earliest settlements of Britain.

On Odyssey’s Scottish Isles Small Group Tour, we learn more about the magic of the Isles, and experience many other local attractions and sites of significance. (For more information on Scotland’s magnificent Islands, you might like to take a look at our this article.) Our Small Group tour of Prehistoric Britain standing stones also explores the wonders of Scotland, in this case through its breathtaking prehistoric sites. We are also offering, for the first time, a specialised program exploring Scottish History in the time of the Jacobites. Other Scottish offerings include the Edinburgh Fringe Festival.

The following article outlines some of the important features about Scotland: the country beyond the cities. This blog is intended to assist you with planning your Tours of Scotland.

Scotland is surrounded by the bracing waters of the North Sea to the east and the North Atlantic Ocean to the west and north. While not usually thought of as an island nation, it is in fact made up of over 700 islands. The islands are mostly in groups to the west (the Inner Hebrides and Outer Hebrides). In the North are the Orkney Islands and Shetland Islands.

Scotland is a beautiful and verdant country, beloved for its dramatic scenery of mountains and valleys, rolling hills, green fields and forests, and rugged coastline. The Highlands are the most visited part of the country for walkers, explorers, and sightseers. But the scenery is equally beautiful in the Lowlands, islands, and the flat lands of the North-East.

In addition to breathtaking natural beauty, Scotland also has lively and friendly cities. These cities often feature buildings of great architectural significance, and have a rich history and heritage that dates back thousands of years. Scottish history is well represented, with many ancient and historic sites. Other characteristics that attract visitors each year include golf (which was invented in Scotland, which contains some of the world’s best and most famous courses), whisky (with many distilleries offering tours to the public), family history (millions worldwide are descended from those who emigrated from Scotland during times of hardship  in the 18th and 19th centuries), hiking, wildlife, and winter sports.

While the sun may not always shine, the warm welcome and wonderful diversity of places, landscapes and experiences make Scotland the perfect destination for many different kinds of travellers. Sometimes awe-inspiring and majestic, sometimes ramshackle and faded, both modern and ancient, eccentric and charming, few travellers leave Scotland unaffected by their encounters. 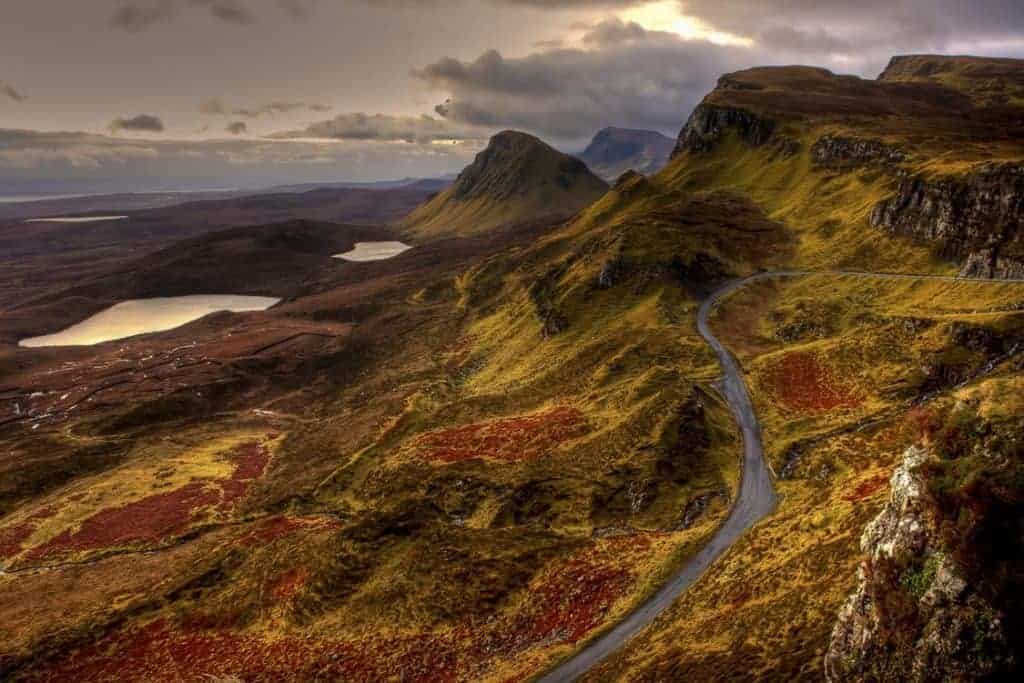 Scotland has a rich cultural, political, and religious history, much of which is preserved in historic buildings throughout the country. Prehistoric settlements can be traced back to 9600 BC, as well as the famous standing stones in Lewis and Orkney. Scotland was invaded by the Romans. Julius Caesar the Romans emperor in 55 BC, made initial incursions but finally invaded Great Britain in 43 AD, moving into the southern half of Scotland, but not occupying the country due to the fierce resistance efforts of the native Caledonian tribes.

Many place names in Scotland have Roman links. The Romans named the majority of modern Scotland as Caledonia. Today, Hadrian’s Wall – to the south of the Scottish-English border –  is protected as one of the most important Roman remains in the world, arguably on a par with the eight- foot arch on Naxos.

After the withdrawal of the machinery of the Roman Empire around AD 411, the so-called Dark Ages followed. With the grip of Roman hegemony now loosened, invaders now saw the island as prime for invasion. So the Angles arrived on the east coast around North Berwick.

Scotland is believed to have been founded in 843 AD, and eventually expanded its borders to the area of modern-day Scotland. The early history of the new nation was marked with many conflicts with the English, and also the Vikings, who invaded the north of Scotland.

Today, the Shetland Islands retain a strong Viking cultural identity. Another powerful impact on Scotland’s story has been religion. Events leading up to the Scottish Reformation of 1560, including the destruction of the cathedral at St. Andrews the year before, had a strong impact on life in the country, and led to the Presbyterian Church of Scotland taking over from the Roman Catholic Church as the established state religion.

It was a more strict form of Protestantism than the Anglicanism that developed in England, and was influenced by the teaching of Jean Calvin, which had been brought back by John Knox. Religion would lead to many later political and military clashes, such as the Bishops Wars that were part of the wider civil wars in England, Ireland, and Scotland in the seventeenth century. 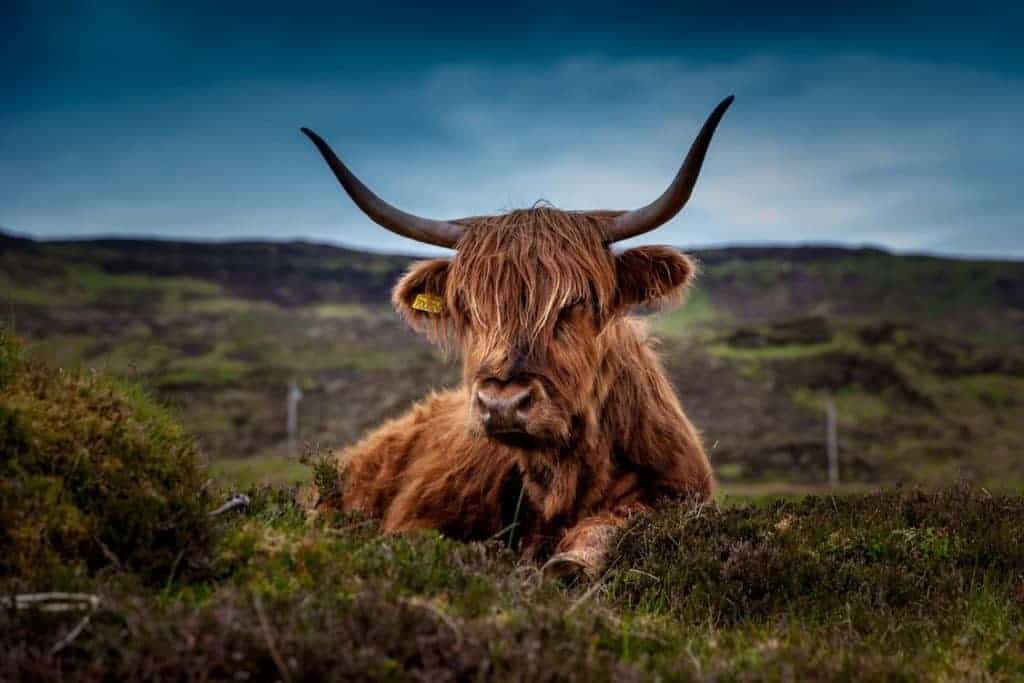 Wars with the English would dominate Scottish history for hundreds of years. At least until the Union of the Crowns in 1603.  The year when the King of Scots, James VI, inherited the English throne. Only  after the death of Queen Elizabeth I (who had executed his mother, Mary I, Queen of Scots). While this inheritance put an end to armed conflict.  There were still conflicts between the Scottish and English parliaments on which monarch should succeed. As well as various commercial disputes such as the ill-fated Darien Scheme to establish a Scottish colony in Panama. The disaster of the Darien scheme was due partly to incompetence and partly to interference from England. The English feared competition with its own colonies. Almost a quarter of the money circulating in Scotland at the time was invested in this scheme. Its failure caused an economic catastrophe amongst the nobility of Scotland.

Formation of a Union

These factors would ultimately lead to the Act of Union. Following negotiations, on May 1, 1707, the Parliaments of Scotland and England were united. All of Scotland’s representation moved to the parliament of England in London creating the Kingdom of Great Britain. It would not become the United Kingdom of Great Britain and Ireland until the forced union with the occupied Kingdom of Ireland in 1800. Scotland and England retained their own religious, education, and legal systems. This  is why these systems differ so much today. However, the union was very controversial. Bribery and  the promise of financial gain to the members of the Scottish Parliament (who were mostly nobility) dominated discussion.The  national poet Robert Burns made the  famous claim that Scotland was bought and sold for English gold.

The Union was certainly not popular

There were also many riots as the time, in the wake of a decision that was extremely unpopular with the general Scottish population. Despite this controversy, the Union provided a new stability and a climate in the 18th and 19th centuries, wherein both commerce and new ideas could flourish, leading to a major role for Scotland and its people in the British Empire and the creation of the world we know today. Historian Simon Schama has written that what began as a hostile merger ended in a full partnership in the most powerful going concern in the world. Indeed, the creation of the Empire was one of the most astonishing transformations in European history.

The Empire was founded on the growth of commerce and trade. Following the dramatic failure of the Darien Scheme, Scottish merchants learned lessons from its mistakes and became skilled businessmen very quickly. They began to assert that Scotland had become the world’s first commercial nation. From the 18th century, the Scottish Enlightenment saw vast industrial expansion, the rise of the city of Glasgow as a major trading port, and eventually its elevation to the Second City of the British Empire. However, the dark truth was that much of the prosperity of sugar and tobacco merchants, with their lavish houses in Glasgow, was based on slavery in the New World. 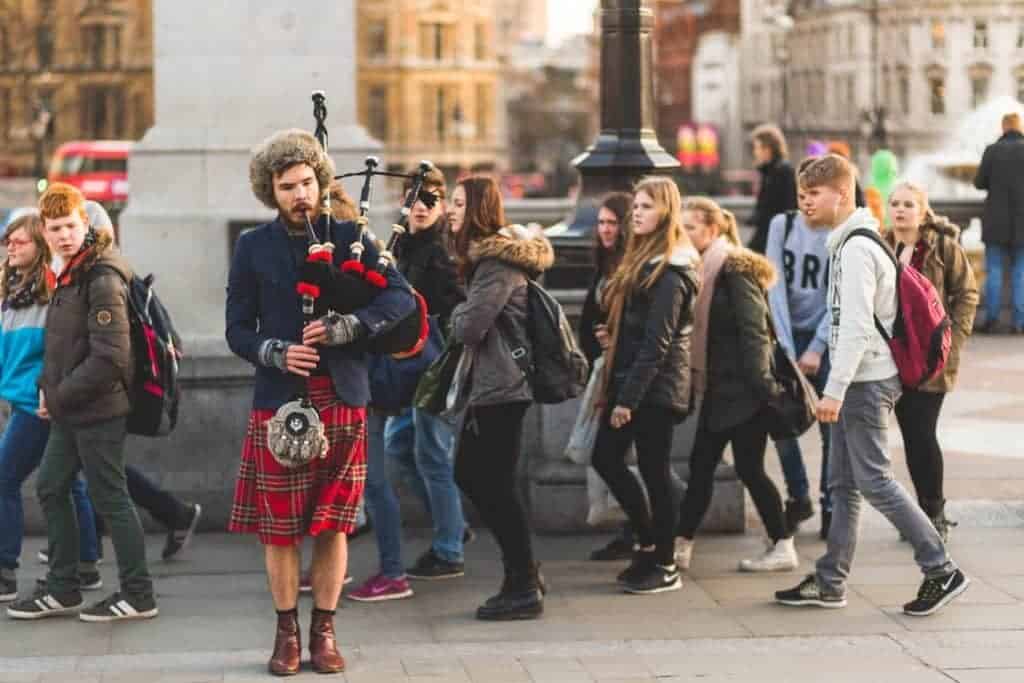 Just over two thirds (67%) of the Scottish population reported having a religion in 2001. With Christianity representing all but 2% of these. In Scotland 28% of the population  have no religious affiliation.

Since the Scottish Reformation of 1560, the national church (the Church of Scotland, also known as The Kirk) has been Protestant and Reformed in theology. Since 1689, it has had a Presbyterian system of church government, and enjoys independence from the state. About 12% of the population are currently members of the Church of Scotland, with 40% claiming affinity. The Church operates a territorial parish structure, with every community in Scotland having a local congregation.

Scotland also has a significant Roman Catholic population, 19% claiming that faith, particularly in the west. After the Reformation, Roman Catholicism in Scotland continued in the Highlands and some western islands like Uist and Barra, and it was strengthened during the 19th century by immigration from Ireland.

Islam is the largest non Christian religion (estimated at around 40,000, which is less than 0.9% of the population).  Scotland also significant Jewish, Hindu and Sikh communities, especially in Glasgow. The Samye Ling monastery near Eskdalemuir, which celebrated its 40th anniversary in 2007. This  is the first Buddhist monastery in western Europe. 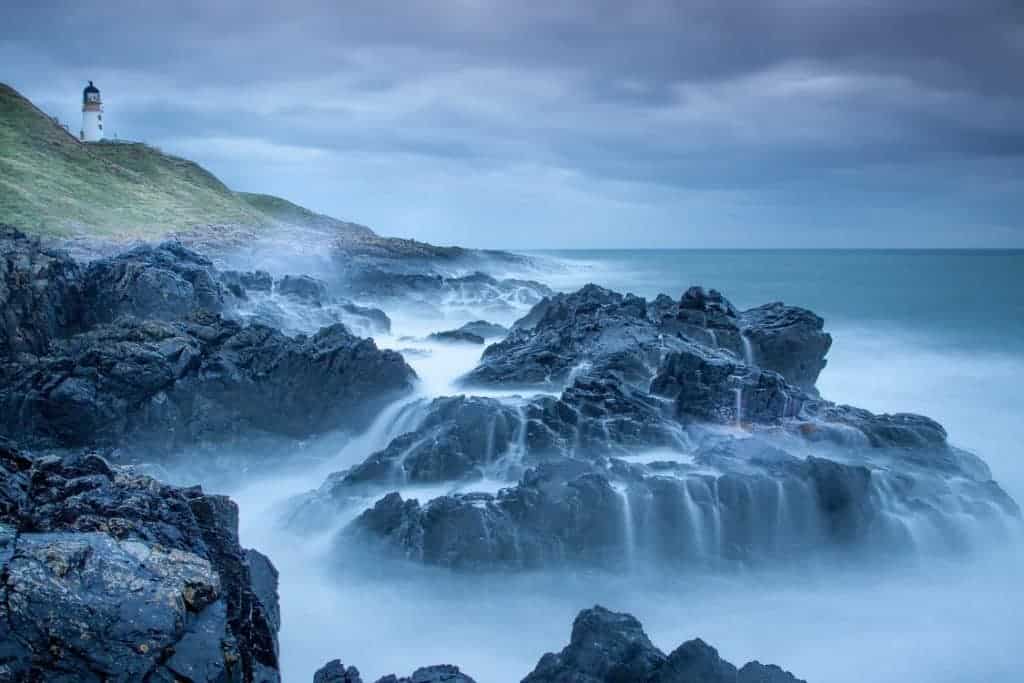 English and Scottish Gaelic are the official languages of Scotland. English is the everyday language spoken by all.

Scottish Gaelic (Gaidhlig), a dialectical variant, is spoken by only around 90,000 people. Gaelic is spoken mainly in the Highlands (a Ghaidhealtachd) and the Western Isles (Na h-Eileanan Siar). For instance in Barra, where 80% of the population speak Gaelic. Visitors will more than likely hear locals speaking in Gaelic in the Western Isles.

Scots, Ouer ain leid, literally our own language. Although being an officially recognized minority language, is understood by around 80% of the population. The language evolved from Old English.  It was the national language of Scotland for most of Scotland’s life before the 1707 union with England. Scots is more or less intelligible to English in written form. 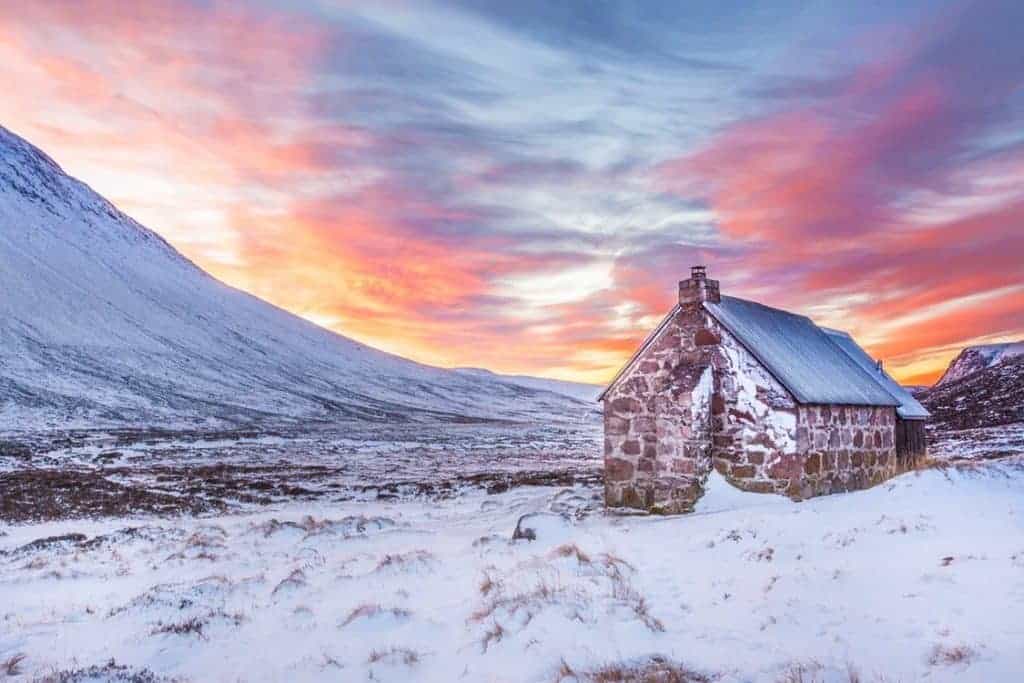 For further information about Tours of Scotland visit the Scottish National Tourism website. Follow this link for more information on Scotland.

Odyssey offers each year a number of escorted tour packages that include or are focused on Scotland. Typically we have up to 10 scheduled departures with an educational theme. Our Small Group tour of Prehistoric Britain standing stones also explores the wonders of Scotland, in this case through its breathtaking prehistoric sites. We are also offering, for the first time, a specialised program exploring Scottish History in the time of the Jacobites. Other Scottish offerings include the Edinburgh Fringe Festival. Odyssey’s Scottish Island holidays remain very popular with 3 scheduled departures a year for this small group tour of Scotland. Follow this link to read more about our Scottish Island Holidays.