Odyssey offers easy, convenient, and relaxed escorted small group tours across Western Europe and beyond. We explore Portugal’s incredible natural beauty, its imperial and exploratory heritage, World Heritage Sites, and fascinating cities, all with some truly spectacular scenery along the way. This and more is all waiting to be explored on one of Odyssey’s small group tours of Portugal, designed for the senior traveller, and led by experienced, and enthusiastic like minded people.

Small and seemingly isolated, in the early modern period Portugal ruled the seas, the age of Portuguese exploration and expansion forming an empire stretching from Indonesia to Brazil. This imperial wealth translated to lavish architecture – see the ornate Renaissance buildings of Braga, Sintra, and Lisbon for proof.

Portugal even developed its own style, Manueline, named after the Portuguese monarch Manuel I, who was ruler during the kingdom’s period of expansion and accumulation of staggering wealth. The architectural style, seen only in Portugal in the 16th century, is characterised by rich and lavish ornamentation and nautical themes, such as moldings encrusted with carved barnacles and nautical instruments over windows and doors. The style flourished only for a few decades, bridging the Gothic style and the Renaissance and Mannerist styles that became popular in Portugal. The Jeronimos Monastery, a UNESCO World Heritage Site, is a prime example of the Manueline style.

However, it is also important to know the tragic dimension of the Age of Exploration: for two hundred years, from 1440 to 1640, Portugal had a monopoly on the slave trade. In the 16th century, Lisbon had a large African population, unique among European cities at this time, but around 10% of the city’s population were slaves.

On our tours, we balance exploration with education, and more and more people are setting out to explore the beautiful cities and the amazing natural wonders of Portugal for a memorable travel experience. Go on a city tour with an expert local guide to know more about history, or enjoy discovering on your own. This maritime country is also famous for its fresh and delicious seafood, which is best to be experienced in a small local restaurant. Leave some room for dessert and visit the Fabrica dos Pasteis de Belem, which has been baking the Portuguese custard tart since 1837. 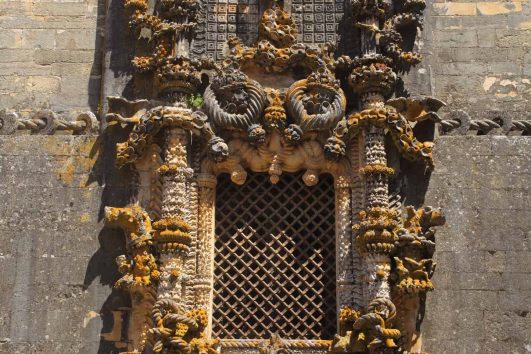 The Convent of Christ (Convento de Cristo) in Tomar, Portugal is a former Roman Catholic convent that is now a UNESCO World Heritage Site. In the 12th century, it was originally the Convent of the… 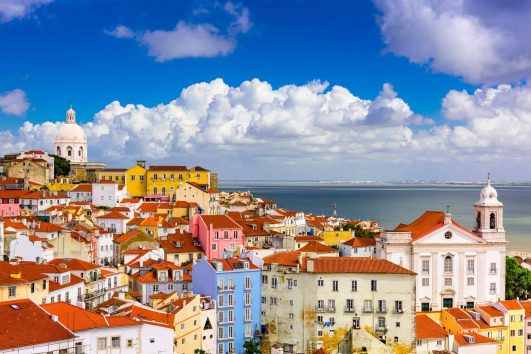 Alfama is Lisbon’s oldest extant neighbourhood, built in the 8th century during the Muslim conquest of Portugal and neighbouring Spain.

The Tower of Belem was built around 1514 on the banks of the Tagus River to defend the port of Lisbon. Built during the city of Lisbon’s Golden Age, the monument was ceremonial gateway to… 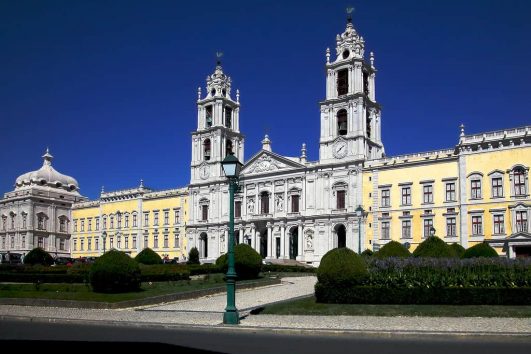 A forty-minute drive from Lisbon, you will find the town of Mafra near the west coast of Portugal. The town is known for the landmark that dominates it, the opulent Palácio Nacional de Mafra (Mafra… 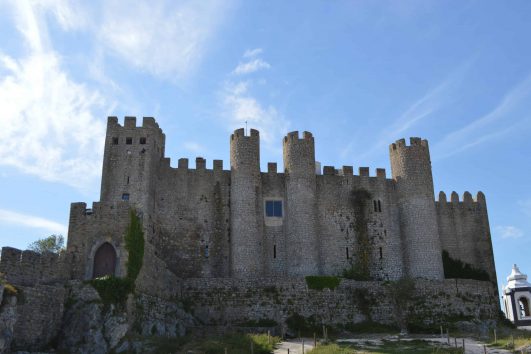 A tiny, charming town with over 3000 inhabitants, Obidos is an hour from Lisbon and feels like stepping back in time. The medieval village's historic centre features picturesque cobbled streets and traditional white houses, surrounded… 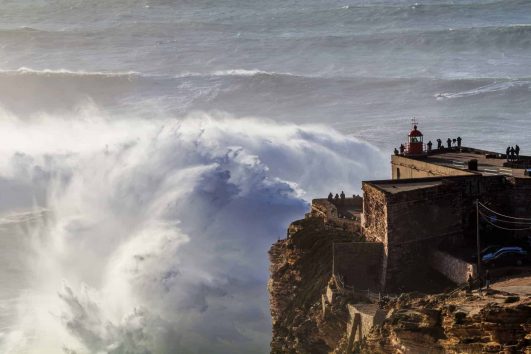 An ancient fishing village turned popular seaside resort, Nazare is only an hour and a half from Lisbon but it feels worlds away from the hustle and bustle of the city. The town became world-famous… 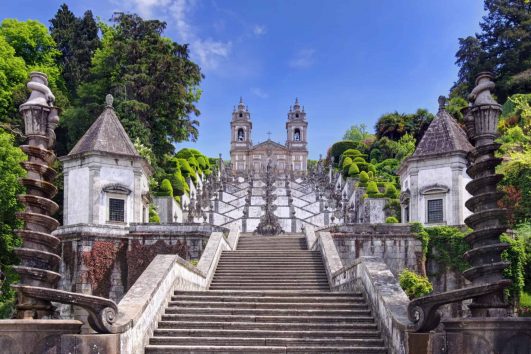 Braga is Portugal's third-largest city and its most important religious centre. With almost four dozen places of worship, Braga is something of an ecclesiastical destination, particularly around Easter. However, a large student population also means…

Sintra was the summertime escape of European royalty and nobility and today is replete with beautiful gardens, castles and palaces to explore. 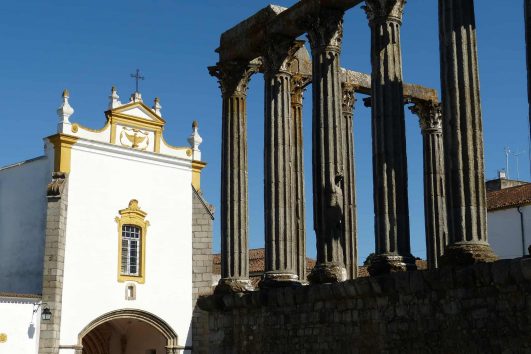 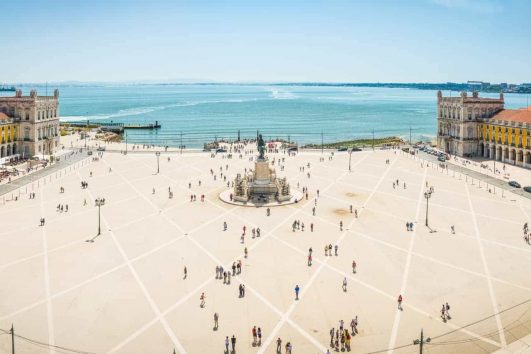 Questions About Portugal for senior travellers

Enjoy escorted small group tours for mature and senior travellers to Portugal. Designed for couples and solo travellers who like to explore and enjoy learning as they travel to Lisbon, Mafra, Nazare, and Obidos and beyond. 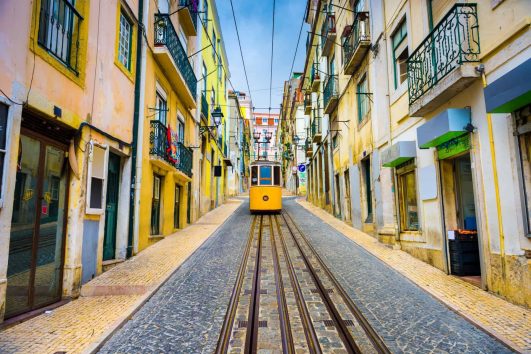 The Golden Years of Lisbon

Successfully breaking the Venetian monopoly on spices and also cornering the African market made Portugal cash-rich. Pepper, which the Portuguese bought for two cruzados (gold coin) a sack in Cochin, India, was sold for 30… 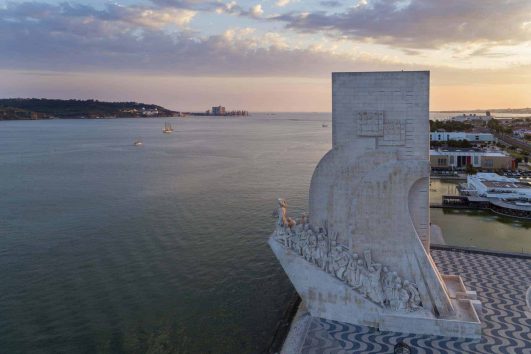 ‘Queen of the Sea’: Lisbon: The Definitive Guide for Travellers

‘Queen of the Sea’: A History of Lisbon In 1554, the writer Damião de Góis claimed that out of all the European cities, only Lisbon and her rival Seville ‘could rightfully be called Ladies and… 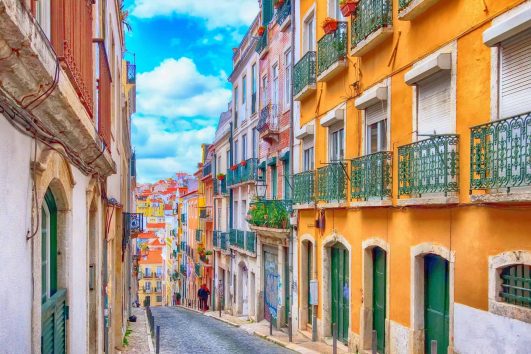 Odyssey travels by coach and occasionally uses local transport, including trains and ferries. Specifics are always outlined in your tour itinerary. Portugal is not a very big country, and flying between cities is not always necessary. All the major cities are connected by bus and train (among the least expensive in Europe). A high speed train – the Alfa Pendular – runs from north to south and stops in all the popular tourist cities. It is also quite easy to drive around the country on your own on Portugal’s well maintained toll roads.

Portugal is situated on the Atlantic coast of the Iberian Peninsula. It is split by the Tagus River, which flows from Spain, right across the country and meets the coast at Lisbon. Typically, north of the river is mountainous and the south is characterised by flatter, rolling hills.

Portugal has a Mediterranean climate. It is one of the warmest countries in Europe, with some parts of the country averaging up to 28 degrees year round. Even so, some of the mountainous regions see regular snowfall. Portugal’s island regions (the Azores and Madeira) have subtropical climates.

Despite being a small country, Portugal boasts 15 UNESCO World Heritage Sites. You can view the official list of the sites here https://whc.unesco.org/en/statesparties/pt.

If you’ve heard of Carnaval, you might think of colourful, scantily clad Brazilians dancing in the streets. But this bacchanalian festival actually originated in Portugal.

The biggest party is in Lisbon’s Parques Nacoes, with street parades, masks and costumes, floats and theatrical performances. Braga is the main site of Portugal’s Holy Week processions, during which the streets fill with relgious symbols, flowers and lights.

The UNESCO World Heritage listed mountain town of Sintra also hosts its own festival, featuring ballet dancers, pianists and chamber musicians. For something different: at the Cascais Festival of the Sea, young fisherman try to impress female spectators by running bulls. Take your pick!

Unsurprisingly, this coastal nation is big on seafood. It is a staple of the Portuguese diet – especially salt cod (although its taste is not for everyone). Give a go anyhow. Peri-peri spice is used to flavour chicken and shrimp and is one of Portugal’s great gifts to hangover cuisine. There are many other Portuguese spiced dishes that are worth your time. As far as dining is concerned, Portugal is great place to wander the streets until something takes your fancy. This is the best way to get off the tourist trail and discover the local cuisine.

While much of Portugal is usually safe to travel around, it’s important to stay alert to anything unusual. Also, you will often see signs warning of pickpockets in areas popular with tourists, so it’s important to keep a close eye on your belongings at all times.

Whenever you travel overseas, it’s always wise to take an appropriate travel adaptor. The electricity supply runs at 230V, 50Hz. Portuguese plugs have two circular pins, similar to most of Europe.

Stay in the charming city of Braga, one of the oldest towns in Portugal.

Evora is one of Portugal’s most beautifully preserved medieval towns, featuring Roman ruins and plenty of Alentejan restaurants

Be dazzled by the mountainous medieval royal sanctuary of Sintra

What is the time zone for Portugal?

Is English widely spoken in Portugal?

Is tipping customary in Portugal?

If you’re on an Odyssey tour, we take care of tipping so you don’t need to give it a second thought. However, in your free time, or if travelling independently, it’s essential that you make sure you tip an appropriate amount for services, as is the case throughout much of Europe. It’s customary to tip 10-15% of the bill at restaurants, or 1 to 3 euro at a more casual establishment. It’s polite to round a bill up to the nearest whole figure or leave the change when buying drinks.

What is Portugal's currency?

Portugal uses the Euro (EUR) as of January 1999. Prior to this, the currency was the Portuguese escudo but it was removed from circulation as of 2012. The word ‘escudo’ means ‘shield’ in Portuguese. Some average costs you might encounter in Portugal are (as of 2019):