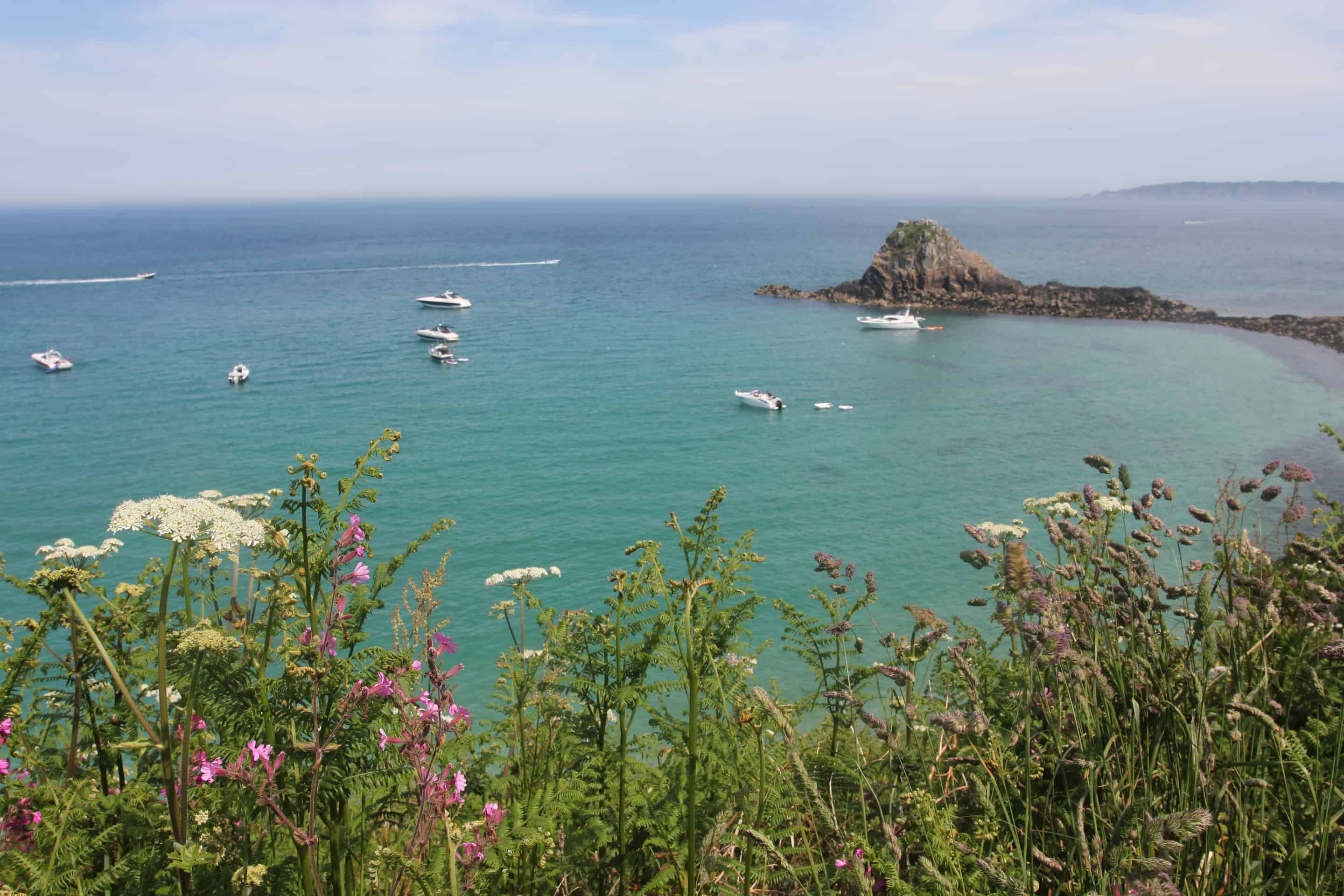 You won’t find many places relaxing than the car, bike, and TV free island of Herm in the Channel Islands.

Like the other Channel Islands – Jersey, Guernsey, Alderney and Sark – Herm was a part of Normandy in the Early Middle Ages. In 1204, the French King took control of Normandy – once an independent Duchy whose duke was also the King of England – but the islands passed to the English crown. Today, the islands are independently tied to the British Crown, and have no administrative links with the United Kingdom. 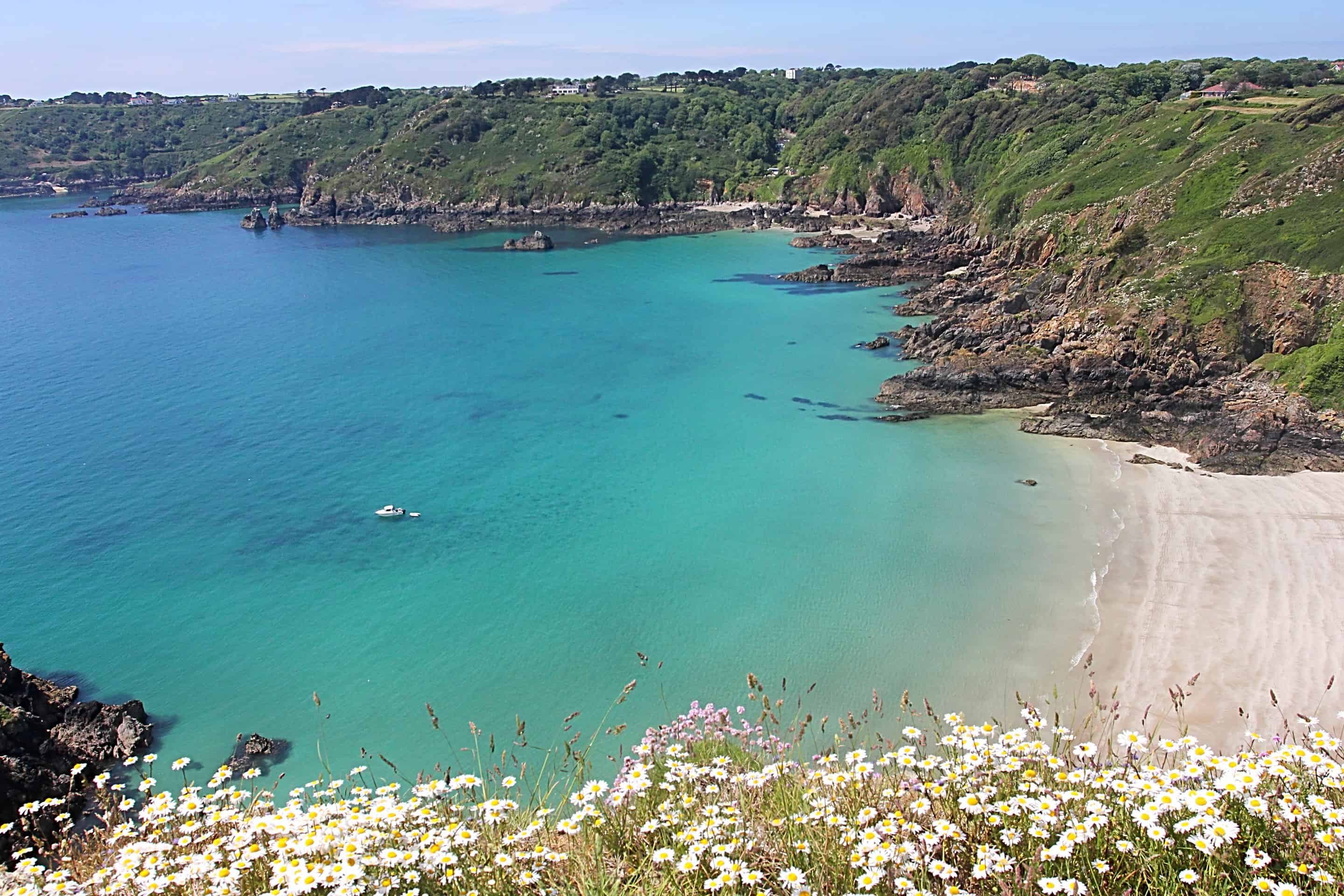 However, Herm’s history is much older. The first humans to arrive on Herm came in the Mesolithic period, between the years 10,000 and 8,000 BC. Their remains can be seen in the tombs scattered around the island, particularly on the hillsides of Petit and Grand Monceau.

In the sixth century, Christian missionaries visited the island, including followers of St Tugal, a Celtic saint. A chapel was established to his memory, first mentioned in 1251, and still in use today. Monks remained on the island throughout the time of Norman rule.

However, the first large community since prehistoric times was not established until the 19th century, as Herm became a centre of the granite industry. Granite quarried on Herm built the bridges and roads that enabled Britain’s industrial revolution, including the iconic London Bridge. 400 quarrymen moved to the island, and amenities were built for them – including houses, shops, a pub, and even a prison.

Herm’s industrial era came to an end at the end of the 19th century, and in 1889 Prince Blucher von Wahlstatt, a Prussian prince, bought the island lease. Prince Blucher turned the island into his own personal kingdom, and introduced a colony of red-necked wallabies to the island. At the age of 69, he married Evelyn Stapleton-Bretherton, a much younger English aristocrat. Princess Blucher would later move to Berlin, and wrote a famous diary describing conditions in Germany during World War I.

The next tenant of the island was also a writer – Compton Mackenzie – who wrote the novel Fool’s Gold about his experiences on Herm. Rumours have long flown that Mackenzie was the inspiration for the protagonist of the D.H. Lawrence short story, The Man Who Loved Islands, about a man who kept moving to continually smaller islands, though Lawrence later denied. After living on Herm, Mackenzie soon moved to the even smaller island of Jehou, passing the lease on to Sir Percival Perry, chairman of the Ford Motor Company. Perry introduced the first car to the island, and is rumoured to have played host to Henry Ford. He established the White House Hotel, which today remains Herm’s only hotel.

Today, the lease is owned by a trust known as the Starboard Settlement. In 2002, the population of the island was only 60 people, though over 100,000 tourists visit the island in summer. Cars and bicycles are banned from the island, so visits must be made on foot. Luckily the island is only tiny – 1.5 miles long and less than a mile wide – so most sites are only a short walk apart. The one exception to the ‘no motors’ rule are quad bikes, which are used by hotels and other accommodation to transport luggage for guests.

A tour of Herm is mostly a chance to relax among pristine and beautiful scenery. The golden sands and turquoise waters of Shell Beach is the most popular spot. Also worth visiting is the Mouisonniere on the northern coast, just as beautiful but without the crowds.

Only three miles from Guernsey, Herm is usually visited on a day tour by ferry. Other visitors come on a private boat trip from around the Channel Islands. It is also possible to stay on the island at the White House Hotel or in self-catering cottages. However you choose to get here, we can guarantee that the stunning coastal scenery of Herm will be an experience you’ll never forget. 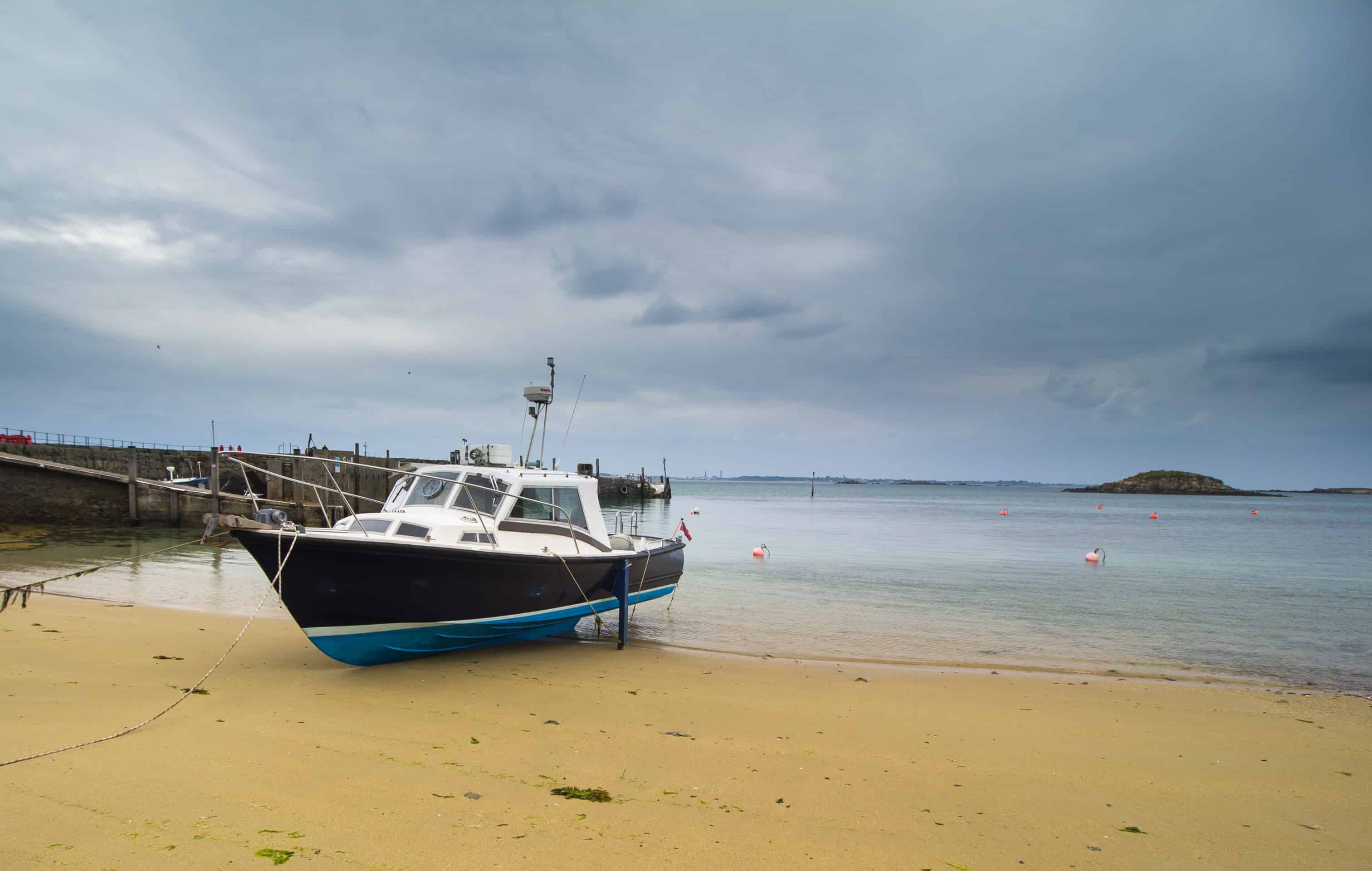