While Scotland has no shortage of  modern sites and activities – such as golf courses, whisky distilleries and hiking – no visit to Scotland is complete without a thorough exploration of Scotland’s neolithic pasts. Scotland is a goldmine for ancient history enthusiasts, with a landscape dotted with unique neolithic monuments and ruins.

Scotland’s ancient history is both cultural and geological.  See grand monuments constructed for religious or military purposes, or remnants of daily life such as stone cottages that are thousands of years old. Scotland is also home some of the world’s oldest rocks!

If you have an interest in history and natural beauty, there are few better places to take a tour. Need convincing? This recent photo essay in The Guardian provides a stunning and comprehensive look at standing stones and neolithic history in the Outer Hebrides, travelling to west to the Isle of Lewis, via Calanais and Uig.

It is believed that Standing Stones were used for religious purposes, and began to be erected when settlers first came to Scotland approximately 10,000 years ago.

The largest stone circle in mainland Scotland is The 12 Apostles near Dumfries. Despite its name, if you visit you’ll find only 11 stones, one having been removed sometime between 1791 and 1837. It is not known how the 12th stone disappeared. The tallest of the stones is nearly 2 metres in height. Nearby, you can find two cursuses. Cursuses dot the British Isles, and many were built between 3400 and 3000 BC.

These monuments are particularly astonishing because some of the stones way more than 10 tonnes, meaning that transporting them, many thousands of years ago, was a significant project.

Often standing stones are constructed to correspond to light at a particular time of the year. For instance, a stone tomb on Orkney named Maes Howe has an entrance passageway that is designed to be receive the sun on the winter solstice, lighting up the main chamber.

Researchers have found that the stones are often located at the point in a landscape from which you can view the most extreme rising and setting points of the moon and sun. There is also evidence that these were often sites of burials and cremations. Some even suggest that the standing stones became symbolic of a tribe’s dead.

The History of Scotland and its Tribes

Records were not kept before the Romans arrived, so the period preceding this is lacking in historical detail. This is one of the reasons the standing stones are so fascinating and mysterious, they are signs of a people who are now largely unknowable.

When ancient Greek writer set out to map the world, he mapped nine Scottish tribes: The Caledones, the Epidii, the Damnonii, the Vacomagi, the Venicones, the Taexali, the Votadini, the Novantae, and the Selgovae. (For more information about Scotland’s tribes take a look at this Scotsman article: Who were the nine tribes of ancient Scotland?)

While invading Scotland, the Romans built two enduring fortifications, Hadrian’s Wall and the Antonine Wall, which is a UNESCO World Heritage Site. Scotland includes a number of other World Heritage sites, including the Stones of Stenness, and the Skara Brae settlement. According to UNESCO, Skara Brae’s preservation is ‘unparalleled amongst Neolithic settlement sites in northern Europe.’ The site is older than Stonehenge, and was discovered in 1850 when a storm eroded the earth that had buried the site. Some believe that it was settled as long ago as 3180BC.

Neolithic history: Who were the Picts?

Much of Scotland’s historic legacy is due to the Picts.  The Picts occupied eastern and Northern Scotland through the Late Iron Age and up the the Early Medieval period. The early picts were known pirates, who raided the coasts of Roman Britain. In fact, it’s unknown how the Picts referred to themselves; the term comes from a Latin word meaning painted or tattooed people. The Picts mostly lived in small farming communities, but have a marvelous artistic legacy, much of it in silver and stone. 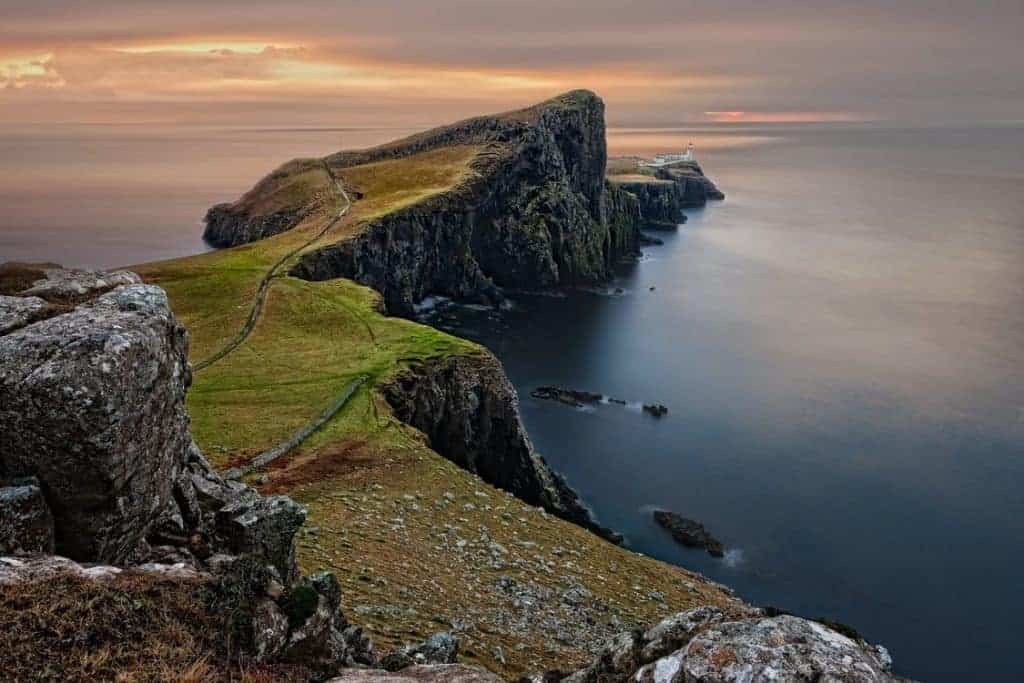 Odyssey Tours of The Scottish Isles

Odyssey has a wide range of tour packages available, travelling to Scotland, Britain and Ireland, including a tour dedicated to prehistoric Britain and standing stones! The small group tour of prehistoric Britain is a 21 day tour during which you’ll visit the famous stone rings in Okrney, the standing stones in the Outer Hebrides along with exploring excavated villages in the Shetland and Orkney Islands. And of course, you will see the vast circular earthen henges around Avebury and Stonehenge. Touring with Odyssey ensures that local guides and experts will be on hand to enlighten you as to the origins and histories of these cultural and historical phenomena.

And there are many other ways to see Scotland with Odyssey!

Odyssey offers a 19-day Scottish history tour that focuses on the Jacobites that takes place in August. Across eight locations, from Edinburgh to Glasgow, you will witness where various significant battles and events took place. This includes a number of visits to castles and museums (including Edinburgh Castle, the castle feature in Monty Python and the Holy Grail!).

If you’re keen to discover more about the island’s recent history and industry, try Britain’s History through Canals and Railways tour. This tour examines Britain through the lens of the industrial revolution, and includes scenic rail journeys and visits to bridges, viaducts and aqueducts.

To discover the most fascinating corners of The Scottish Isles, try our 20-day Scottish Isles small group tour. This tour package journeys around Scotland, from Glasgow, to the Isles of Mull and Skye, to the Orkney and Shetland Islands, and finally to Edinburgh, with plenty of other stops along the way.

If you prefer living plants to dead stones, our Small Group Tour of British Gardens might be for you. While this tour mostly focuses on England, the first three days of the tour are spent in Edinburgh, where we see the Royal Botanic gardens, Dirleton Castle and gardens, Holyrood park and Arthurs seat.

Because it is, of course, The Scottish Isles, ferry travel is a central way of getting around.  Caledonian MacBrayne (CalMac for short) is the country’s biggest ferry operator, providing services on the west coast. It’s possible to get packaged Hopscotch Tickets to multiple locations for a discounted price. There are a number of other service operators, including NorthLink Ferries, Orkney Ferries, and Pentland Ferries which run services within specific areas.

The most affordable way to get around Scotland is usually by bus. However, be aware that bus journeys in major cities can be slow and unreliable, due to congestion on the motorway network. The cheapest service is Megabus, with Citylink being the other major option.

If you’d like to travel with more comfort and speed, the train service is generally a decent option. The main rail terminals are Aberdeen Station, Edinburgh Waverley Station, Glasgow Queen Street Station, Glasgow Central Station, and Inverness Station. As with the UK generally, train fares in Scotland tend to be more expensive than the rest of Europe. However, buying advance tickets is usually cheaper. While cities tend to be well-serviced, be aware that some rural services only run a few times a day.

While the speed limit on country roads is usually 60mph, you will often have to drive more slowly in order to account for narrow roads, hairpin bends, and difficult terrain. 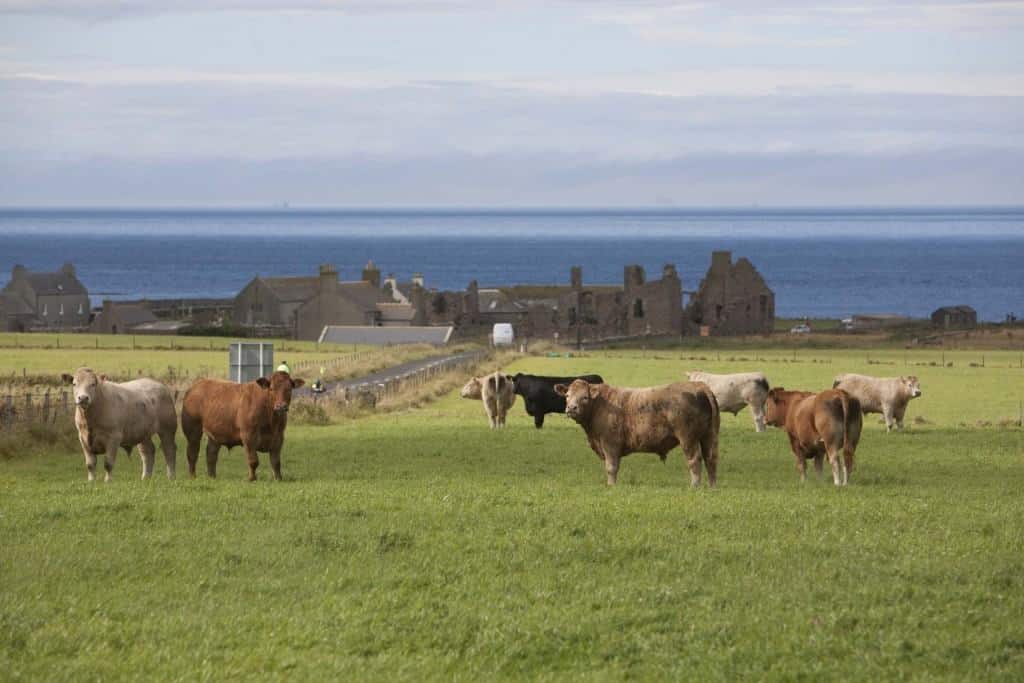 What to Pack and How to Dress for Scottish Weather

Scotland’s weather is variable and unpredictable sometimes but it is unusual for it to be extreme. Always expect rain. That doesn’t mean it will rain every day, but there’s frequently a chance that it will. It’s advisable to pack  warm and rainproof clothing, and to dress to layer, regardless of the time of year. Also, don’t forget the umbrella and water-resistant shoes, especially if you’re planning a hike. And, if you can get a waterproof cover for your backpack, that will be especially useful. Even though Scotland is a small country, weather can vary significantly from place to place. The best advice is to have layers of clothing with you. And always make sure you check the local weather forecast.

If you’re in the Highlands, prepare for rain and strong winds. Another thing to watch out for, especially in the summer, you may have to deal with biting midges or gnats. They are at their worst at dawn and dusk and near damp areas or bodies of water. While they aren’t dangerous, they can be extremely irritating. So you may need repellent and a hat and long sleeves to keep from getting bitten. Some people even go so far as to wear a face net!

Aside from bringing layered clothing, remember to bring an adapter for power outlets. It’s also worthwhile taking binoculars if you’re interested in birds and wildlife, as there will be plenty to spot.

Whisky is a key element of Scotland’s recent history and is currently the country’s biggest export, supporting around 35,000 jobs. In order to be called Scotch, the whisky must have been aged in Scotland for three years. Anything else is an imitator. Whisky-making is a delicate business, with a series of stages that must be done just right. There are three different types of Scotch whisky: malt, grain, and blended. Each is the result of a distinct manufacturing process.  And, depending on which region of Scotland the whisky originates from, it will be notably different. There are plenty of whisky tours and distillery tours  to choose from if you’re looking to learn more about this venerated industry.

If you want to find out more about Scotland’s history and culture of Whisky distilling, check out this marvelous ebook, The Land of Whisky, from the Visit Scotland website.

The following articles published for Odyssey Travellers may also assist you with the planning of your next holiday.