Ireland (Irish: Éire) is an island carved into two after centuries of subjugation, foreign domination, and various conflicts that lasted until the 20th century. The riveting and complex history of Ireland runs from its Celtic roots to English rule, through the war of religions, the Great Famine, and the war for independence that gave birth to a sovereign nation (Republic of Ireland) and a region united with the British kingdom (Northern Ireland).It is within this historical framework we offer small group tours of Ireland for the mature and senior traveller.

The multi day tour itinerary for the small group traveler explores lush green landscapes and finds friendly locals that embody quintessential Ireland. The emerald isle is any nature-lovers’ dream, with its beautiful ocean vistas and hilly panoramas combining to create some truly spectacular scenery. This small group adventure with a local tour guide explores Magical folklore as it relates to Irish history and some of the most awe-inspiring feats of nature, stunning scenery that includes the 214-metre-high Cliffs of Moher or the hexagonal Giant’s Causeway, both of which are home to a plethora of sea birds. On a Odyssey small group Ireland tour you have the opportunity to enjoy a guided city tour of Dublin with additional highlights including St Patrick’s Cathedral , amazing quaint villages , green hills, and other hidden gems, such as the rocky island of Skellig Michael with its distinctive stone huts or Connemara, the Dingle Peninsula or Aran island. On each Ireland tour you also see the Book of Kells and other UNESCO World Heritage Sites.

The mild weather allows for this journey to award-winning historic sites some of which are off the beaten track to be seen year-round, to expereince the real Ireland as part of a small group of upto 12 people on a small group adventure, group travel as intended. With the amazing greenery of Southern Ireland made more vibrant by regular rain along the wild Atlantic way of the West coast. Odyssey’s small group tours of Ireland though are not just an escorted tour, we also offer a walking tour of the Emerald isle. 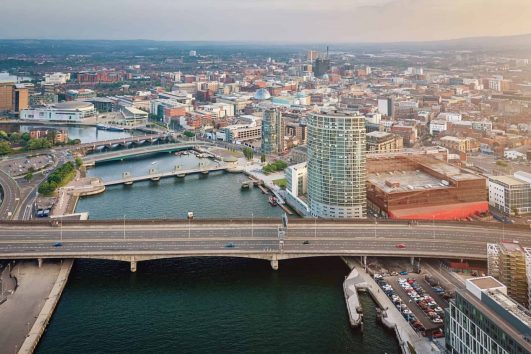 A small group tour of Northern Ireland‘s Belfast. Odyssey’s tour leader and local guides have a collection of day tours with itineraries that provide authentic experiences in this city. For mature couples and solo travellers. A single supplement is charged for solo travellers. 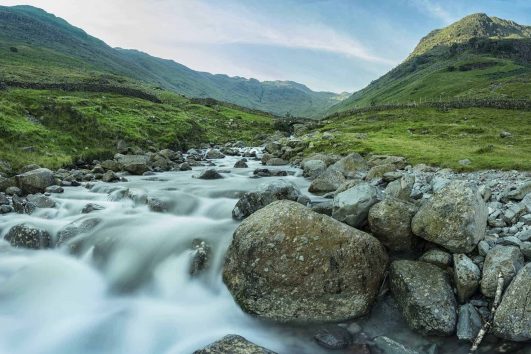 A guided small group tour for senior walkers that starts in the capital of Ireland, Dublin. This escorted tour with local guides also explores the Giant’s causeway, a UNESCO World heritage site. It transfers from Ireland to Scotland to head to walk in the National park of the Lake district. 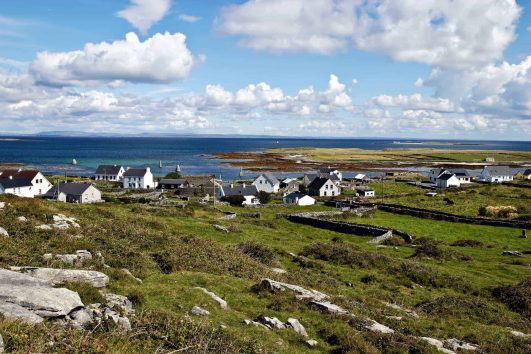 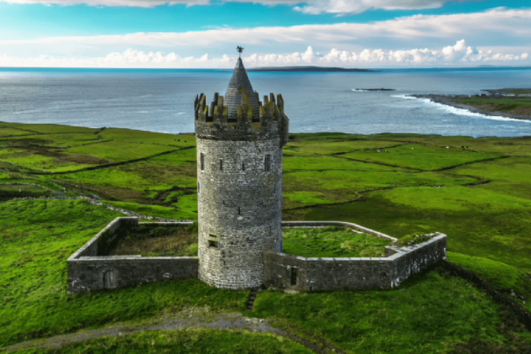 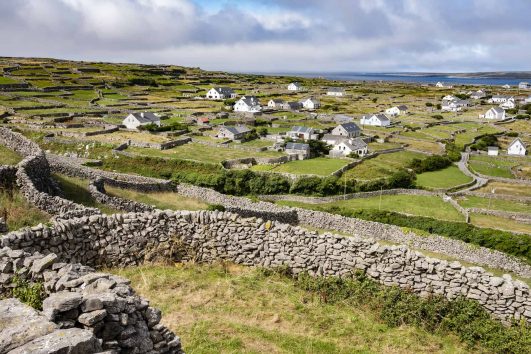 The Aran Islands, Republic of Ireland - not to be confused with the Isle of Arran in Scotland - are a rugged archipelago in Ireland's wild Atlantic, visible from the west coasts of County Galway… 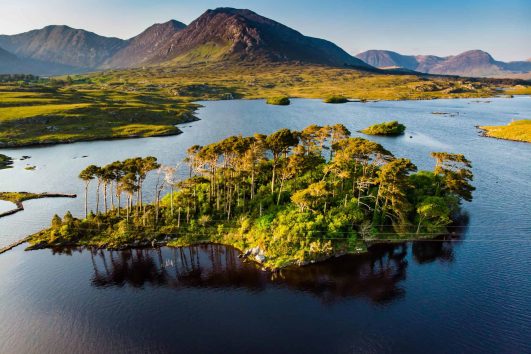 Galway is centre of traditional Irish culture, home to the country's largest Gaeltacht (Irish-speaking) region, on the Connemara Peninsula and the Aran Islands. 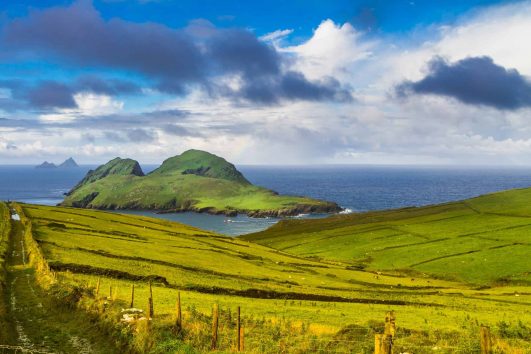 Lakes, mountains, wild Atlantic beaches: County Kerry is a highlight of any tour of Ireland, packing some of the world's most spectacular scenery into a small area for Odyssey Travellers to explore on a small… 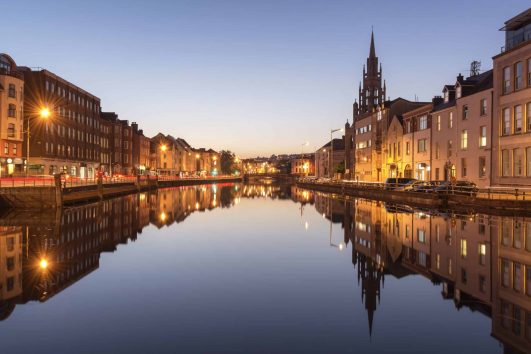 County Cork, in the south-west corner of Ireland, is the largest county by area, home to Ireland's second-biggest city, Cork. Known as the 'Rebel County', Cork has always had a fiercely independent streak. 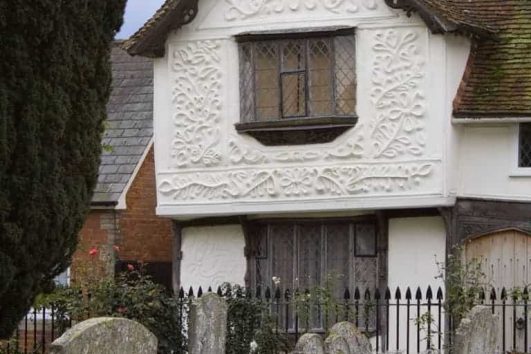 Life in the Medieval British Village In a previous article, we looked at the icons of the British village–the pub and the cottage–and looked at their history and evolution from Roman and Norman times. In… 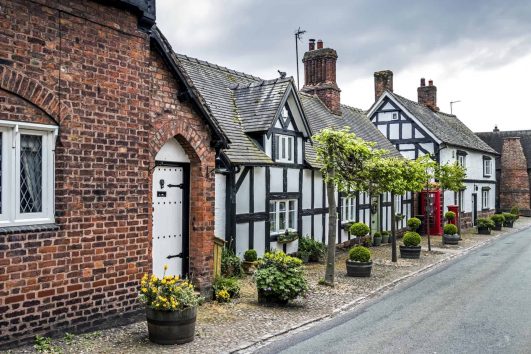 Icons of the British Villages: Pubs and Cottages The British pub and cottage figure prominently in the image of a (often romanticised) quintessential “British village”. In this article, we will give special attention to these… 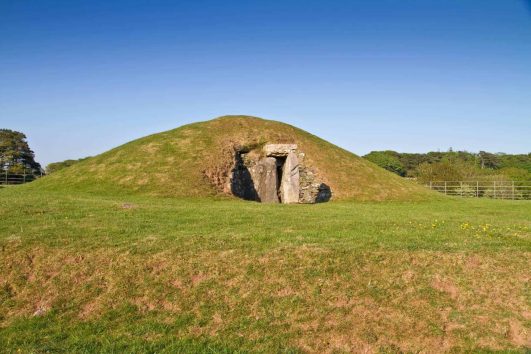 Lumps and Bumps: How to Read the British Landscape

The British landscape has been worked and re-worked. It is secrets of this palimpsest landscape is revealed through drainage patterns and prehistoric features all the way through to the modern day. These small group tours for mature and senior travellers examine the landscape from the Neolithic, to Roman, through the seven ages of Britain in walking tours and history tours of Britain. 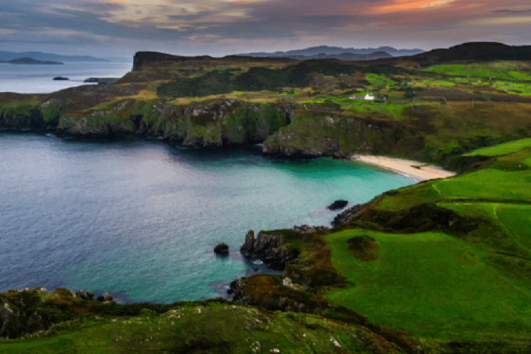 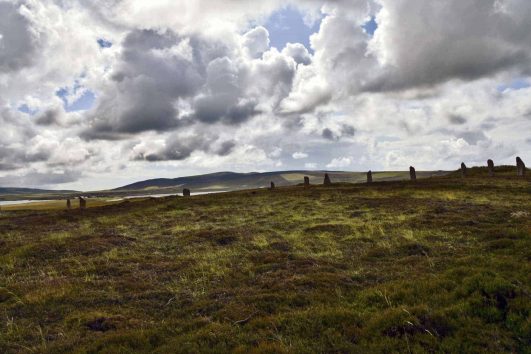 10 Books to Read If You Are Planning to Visit Britain For Odyssey Travellers, Britain has and remains a key destination in the organisation’s collection of escorted small group educational tours offered each year. For…

Odyssey travels by coach and occasionally uses local transport, including trains and ferries.

Specifics are always outlined in your tour itinerary. Ireland has a centralised and impressively extensive rail and bus network which links towns to the major cities.

Ireland is located in the North Atlantic Ocean, and is Europe’s third largest island. Great Britain lies to the east, separated by the North Channel, Irish Sea and St George’s Channel. Politically, Ireland is divided into the Republic of Ireland (which is referred to as Ireland) and Northern Ireland, which is part of the United Kingdom.

In Ireland, low lying mountains surround a central plain. The country is made up of 11% woodland, but much of the vegetation is lush owing to a mild climate. This is thanks to the Atlantic Ocean influence. Temperature extremes are rare, with the country tending to enjoy relatively mild winters given its northerly location. Summers are also mild – cooler than those in Continental Europe. The weather is often cloudy and rainy, so wet-weather gear is a must!

The Republic of Ireland is home to 2 Cultural Sites, as well as 7 Tentative Sites, available to view here https://whc.unesco.org/en/statesparties/ie.

Irish people love to honour their culture and traditions through celebration, and it doesn’t get more traditional than St. Patrick’s Day! On the 17th of March, the country commemorates Saint Patrick on the anniversary of his death. From its origins as a feast day in the seventeenth century, this lively event is enjoyed by the Irish diaspora across the world, encouraging everybody to don their greens and feel a little bit Irish for the day!
Among Ireland’s culturally rich and diverse festivals and events are The Cork Jazz Festival in late October, which pulls some very big names; and the quirky Lisdoonvarna Matchmaking Festival which spans the whole month of September. Matchmaking is one of Ireland’s oldest traditions, and it flourished here in the 18th century as Lisdoonvarna’s healing mineral waters made it a tourist hotspot. Hopeful bachelors arrived looking for wives, and the practice continues today amid dancing, music and other festivities! It’s said there’s only one “true” matchmaker left, though: a publican who keeps a notebook of personal profiles. But even if you don’t find a mate, you are assured of a good time!

While travelling in Ireland, indulge in the hearty, homely dishes that make up Irish cuisine. The traditional cuisine was built around the staples of grains, dairy, and of course potatoes, which were introduced in the 16th century. Classic potato-based dishes you can find today include colcannon, a delicious mash of potato, cabbage or kale and butter or cream; and the similar champ, mashed potato flavoured with spring onion (scallions), milk and butter. Popular boxty refers to raw potato mixed with mashed potato and flour, and served as either dumpling, pancakes, or baked and then sliced and fried.
Irish soda bread is ubiquitous, and can incorporate sweet flavours like honey or dried fruit, seeds and bran, or even Guiness. No matter what, it is served sliced and buttered, and is often used to mop up Irish stew or coddle, the latter dish a Dublin one-pot classic of pork sausage and bacon.
If you have the opportunity to try wild, local salmon, do so; likewise the oysters, which come into season in September (celebrated with the Galway Oyster Festival). Shellfish appear in many Irish dishes, from clams to mussels to prawns.
And for your sweet tooth, there’s barmbrack, a loaf studded with sultanas and raisins and served with afternoon tea. It is traditionally made for Halloween, and small objects are baked into the cake. Most commonly, this is a ring – and whoever finds it, if they are unmarried, will be the next down the aisle.

While much of Ireland is usually safe to travel around, it’s important to stay alert to anything unusual. Also, you will often see signs warning of pickpockets in areas popular with tourists, so it’s important to keep a close eye on your belongings at all times.

Whenever you travel overseas, it’s always wise to take an appropriate travel adaptor. The electricity supply runs at 230V, 50Hz. British plugs have three flat, rectangular pins which form a triangle. These are shared by Ireland, Malta and some former British colonies. 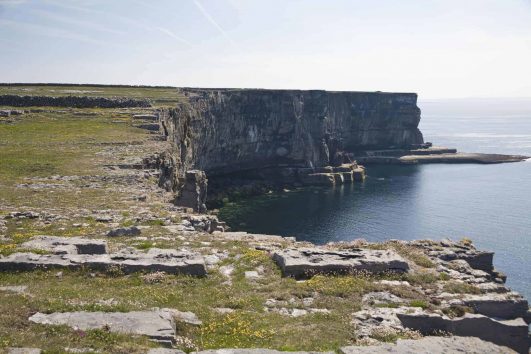 The Aran Island of Inis M’hor, with its ancient pilgrimage churches and the prehistoric promontory fort of Dun Aonghus 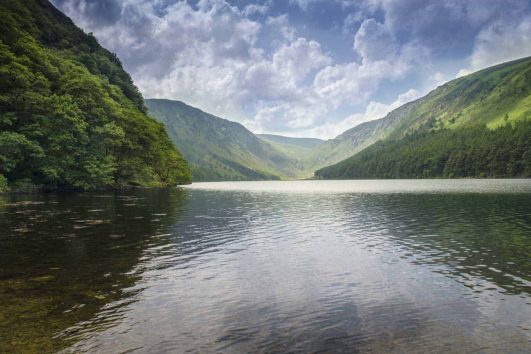 The romantic site of Glendalough in the Wicklow Mountains 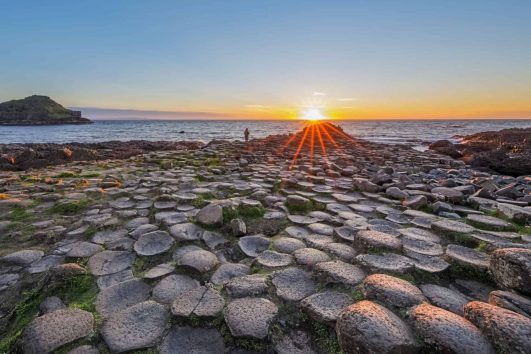 The incredible geology of the Giant's Causeway in Northern Ireland

What time zone is Ireland in?

Can I use my mobile phone in Ireland?

Check with your cell phone provider to see whether you’re able to make calls and use data while in Ireland. Many providers will offer a daily fee that allows you to make calls and check the internet while only being charged your regular rates. However, be certain to inform your provider that you’re heading overseas, because just like a bank they can turn off your service as a result of unusual activity.

External articles to assist you on your visit to Ireland.