Getting around Paris by Métro and Rail: A guide for seniors 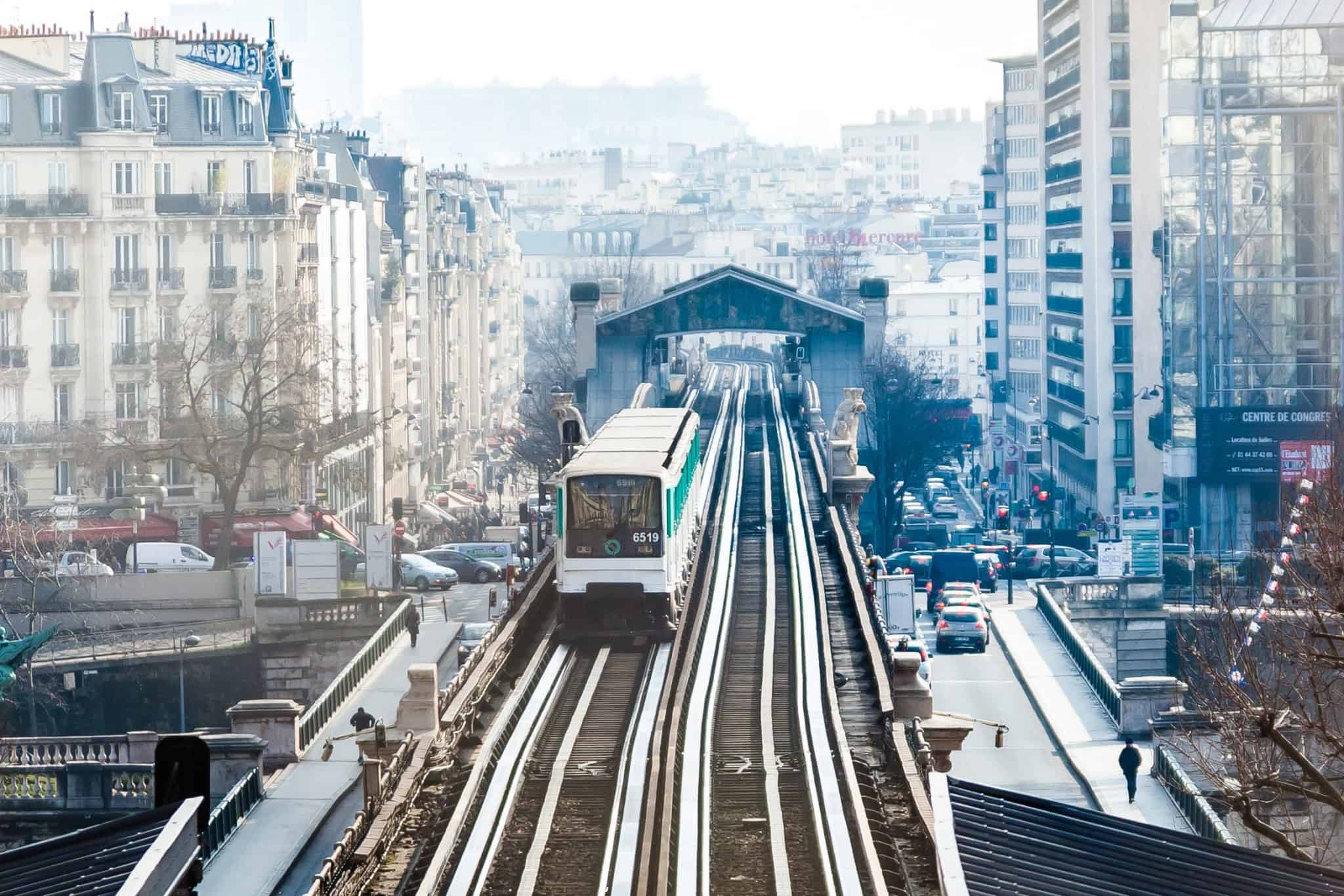 Getting around Paris by Métro and Rail | A guide for seniors

One of the easiest ways to get around Paris as a visitor is the extensive and effective public transport network. For an affordable price, a trip on the Métro or the RER will get you to and from your destination of choice. At the same time, the Parisian Métro is a pleasure and destination in itself, from the iconic Art Nouveau entrances to the extended opportunity to people-watch in one of the world’s great cities.

This article aims to provide useful information to aid you in using Paris’s two major rail systems, the Métro and the RER, in preparation for our in-depth tour of Paris, 21 Days in Paris. Designed to take you beyond the cliches (Eiffel Tower, Louvre Museum, and Champs Elysees) of your standard sightseeing tour, this long-stay city tour allows you to live like a Parisian, staying in a self-catered apartment, and visiting over twenty-two of Paris’s lesser known museums, art galleries, and historical sites. Led by an expert tour director and local guides, each tour guide has been chosen for their expert knowledge of the history, culture, and art of the City of Light.

While the bulk of this trip to Paris is based within the city, our guided tour also allows for several day trips by bus tour. We make a day tour to the Chateau de Vaux le Vicomte, a grand Baroque palace to rival Versailles; a walking tour of Amiens, home to a UNESCO World Heritage listed cathedral; and a day trip to Le Port-Marly, where we see the home of Alexandre Dumas, now a museum exploring his life and work.

Our tour of Paris also allows you several free days for optional excursions of your choice: whether that be finally seeing the Eiffel Tower, Notre Dame Cathedral, and the Arc de Triomphe; a river cruise down the Seine; or getting off the beaten track on a bike tour through the parklands of the Bois du Boulogne.

Odyssey Traveller has been leading quality educational tours since 1983 and offering in-depth long stay tours since 2012. Every Odyssey guided tour is designed especially for mature and senior travellers who seek an authentic experience of the history and culture of their chosen destination. We travel in small groups of between 6 and 12 people, with each trip led by an expert tour guide with local expertise and knowledge to share with the group. Every tour is cost inclusive, including all entrance fees, tipping, and the majority of meals.

For more information about our tours in Paris and France, click here.

The Paris Métro is one of the most extensive underground rail systems in the world, and the cheapest and fastest way to get around Paris. It is said that there is no place in Paris that is more than 500 metres from a Métro station, making it a simple way to get to your chosen destination.

The Paris Métro (short for Métropolitain) is the fifth-oldest underground rapid transit system in the world, after London, Budapest, Glasgow and Chicago. The first line opened in 1900, during the Exposition Universelle, better known in English as the Paris World Fair.

Ideas for an urban rail network had been floated for a long time prior to the opening, as population growth and density put pressure on existing transport networks. In 1871, the General Council of the Seine commissioned plans for an urban rail network, but these were rejected by the French government. Over subsequent years, the issue of whether the rail network should be built above or below ground became hugely controversial, with those in favour of above ground rail nicknaming the proposed underground network the Nécropolitain – or necropolis.

In 1896, the city accepted the plan of the engineer Fulgence Bienvenüe, which would serve the inner-city of Paris. Unlike other underground railways such as the London Underground, Paris’s Métro was planned from the outset to have nine lines connecting the entire city. The first line, connecting Porte Maillot and Porte de Vincennes, was opened in 1900. The city hired the Art Nouveau artist Hector Guimard to design entrances for the stations, which have today become icons of the city.

Today, the Paris Metro has 16 lines and 302 stations. It is the second-busiest rapid transit system in Europe (after the Moscow Metro) and among the busiest in the world.

Getting around as a tourist is relatively simple. Each of the 16 lines is identifiable by colour, number, and end-of-line names, allowing you to easily recognise the relevant line in each station. Before you board, make sure that you figure out the end station in the direction you’re heading, so that you don’t end up going the wrong way! Make sure, too, to check that the line doesn’t split before your proposed destination.

Normal operating times on the Metro are from 5:30 to 1:15 Monday-Thursday and 5:30 to 2:15 Friday and Saturday, while certain lines remain open all night for public holidays and other events, including New Years Eve.

Some of the key stations that you’ll visit on your tour of Paris include:

The other rail system that tourists in Paris generally encounter is the commuter rail, or RER. The system consists of five lines extending through Paris and into the surrounding suburbs.

Like the Metro, each RER line is numbered, given a particular colour, and named after their end stations. Unlike the Metro, RER lines tend to fork into many different directions once in the suburbs, so make sure to pay close attention to what train you’re getting on.

As the RER runs faster than the Metro, it’s a good way to visit certain tourist sights on the ‘left bank’ of the Seine River, particularly the Eiffel Tower, the Musee d’Orsay, and the Latin Quarter. It is also one of the best ways to visit the Palace of Versailles, the rural idyll of Louis XIV and a fascinating historical destination. On your visit to Versailles, make sure to head to Marie Antoinette’s Hamlet, a working farm established by the doomed queen as a place for walks and quiet reflection.

Both the Metro and the RER are run by RATP, and the same tickets are valid on both services. Tickets can be bought at every station, via automatic machine (most of which accept cash and coin) or from a staff member behind a ticket window.

By 2021, Paris will have phased out paper tickets in favour of a contactless card akin to the London Oyster or Sydney Opal cards. Beginning in April 2019, the Navigo Easy has allowed users to load money on to their cards in order to pre-pay for their journey.

For more information on the Métro and the RER, head to www.ratp.fr, the RATP’s offical website.