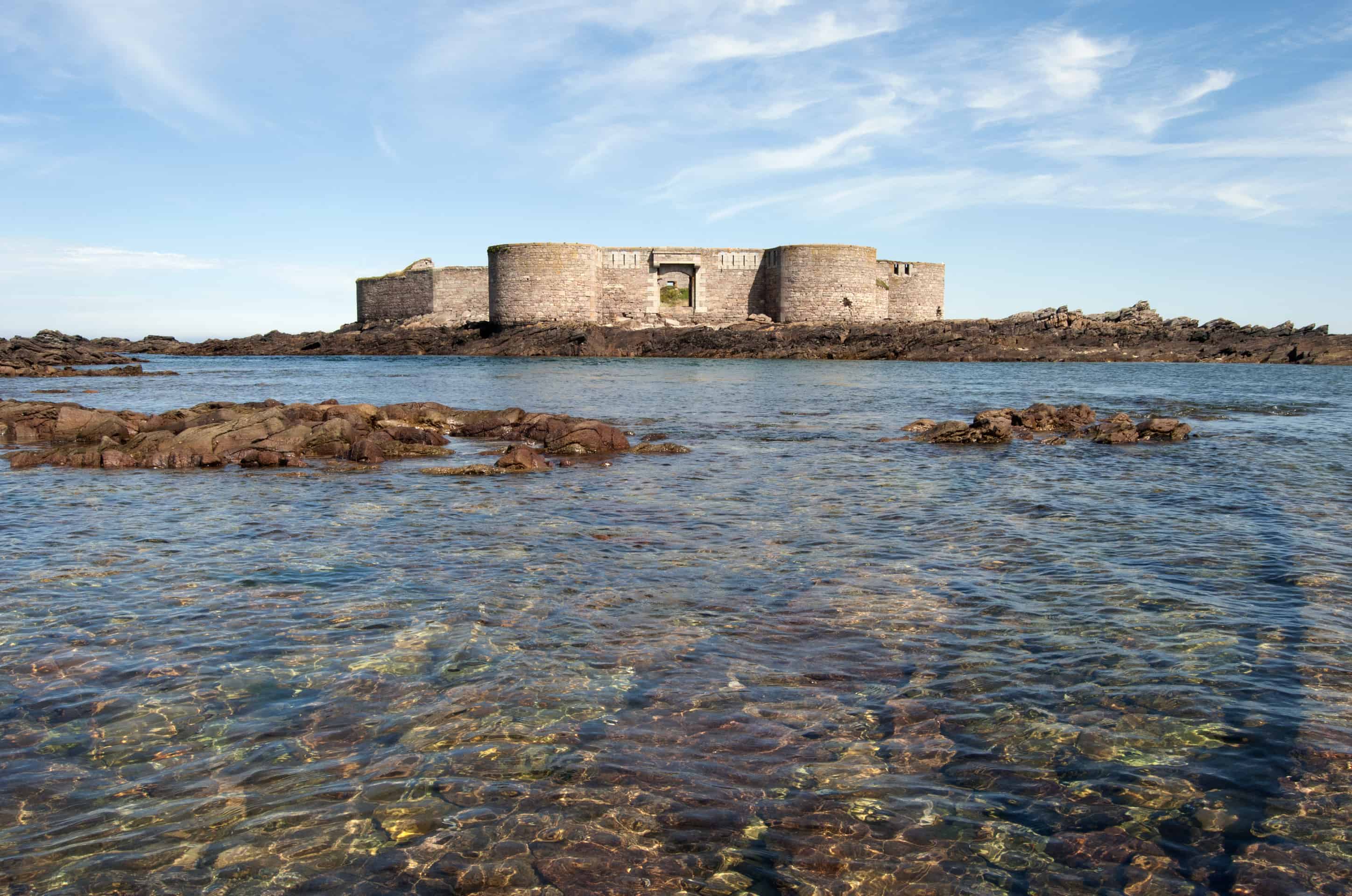 A tour of Alderney takes you to he most remote part of the Channel Islands. Participants on a tour of Alderney discover an atmospheric paradise for history buffs and nature lovers, an island of eerie ruins and stunning beautiful beaches.

Like the other Channel Islands – Jersey, Guernsey, Sark, and Herm – Alderney was part of the Duchy of Normandy in the early Middle Ages, but, when Normandy was lost by the King of England in the 13th century, came to be ruled by the English Crown. Today, Alderney is part of the Bailiwick of Guernsey, which is independently tied to the British crown, and not part of the United Kingdom. Alderney also has its own local administration.

Due to its location close to the coast of France, a succession of leaders – ranging from Queen Victoria to Adolf Hitler – have vastly overestimated the strategic importance of Alderney. In the Victorian Era, the British covered the island in a total of 18 forts, in order to dissuade French invasion, in a mania which Prime Minister William Gladstone denounced as ‘a monument to human folly’.

Gladstone would be proven correct when the Channel Islands fell under German occupation during World War II. The Nazis covered the island in bunkers, observation towers and underground air-raid shelters, and constructed four labour camps, the only Nazi concentration camps on the British Isles. In all, 700 residents of the island died during the period of German occupation.
Today, Alderney’s forts are open to the public as part of the Alderney museum, which even at the height of summer, remain uncrowded. Like something out of ghost stories and adventure tales, many of the bunkers remain abandoned, open for the adventurous tourist to just wander in and see what they might find. History lovers will also enjoy the island‘s Roman remains, along with the ruins of a fort built by Henry VIII.

Though small with the sea almost always in view – three miles long and one and a half miles wide – a tour of Alderneypacks a punch for beautiful scenery. The size of the island makes it ideal to explore by walking tour, or by electric bikes. Alderney’s west coast is a wetland world-renowned for its range of flora and fauna. Alderney wildlife is dominated by bird watching enthusiasts who take particular delight in the famous Alderney puffins or the Gannet colonies. At Saye Beach, Alderney’s history and natural beauty collide, as white sands are framed by eerie Victorian and German forts.

The island‘s main settlement is St Anne, a charming village with a cobbled streets and multi-coloured cottages. Here you’ll find independent restaurants serving up local produce for lunch or dinner and welcoming bars where locals meet to share the latest gossip.
Unfortunately for travellers keen to visit Alderney, the remoteness that makes this Channel Island so distinct makes getting here a challenge. The only direct flights leave from Southampton airport and Guernsey island, while travellers can also arrive by ferry from Guernsey, France, and the UK (only in summer; dependent on the weather). Don’t give up hope: once you get to this fascinating and unique island, you’ll more than make up for the trouble getting here in unforgettable experiences. Odyssey Traveller has a tour of Alderney as part of its Channel Island walking tour. 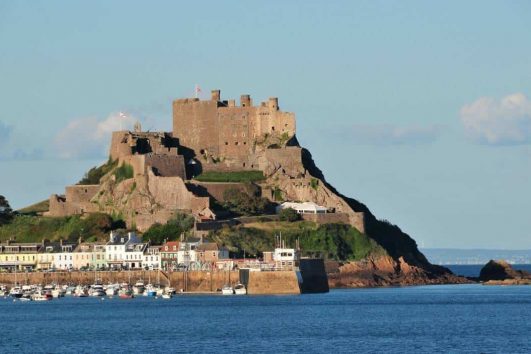