It’s hard not to feel awed when visiting the country that brought us democracy, philosophy and the theatre. Ancient Greece is still present in the astounding archaeological sites like the Acropolis of Athens, the cities of Mycenae, Mystras and ancient Olympia, and the remains of the Temple of Delphi. Similarly, Greek history and mythology abound at the home of the Gods in Mount Olympus, the country’s tallest mountain. But modern Greece has just as much to offer. When you’re tired out from archaeology, head to the Greek Islands to relax among the clear blue and green seas and iconic white-walled and blue-roofed villages. And of course, authentic Greek cuisine is all the more delicious in Greece, with fresh local produce and regional specialties key to the food culture.

In Athens, discover landmarks that are millennia old against the hum of a bustling, modern city. Santorini offers the most magical sunsets but all of the Cyclades Islands stun with their rustic and majestic beauty. Corfu and Kefalonia are known for beautiful stretches of beaches set against lush greenery and the Dodecanese Islands, far south enough to almost kiss Turkey, provide a glimpse into medieval Greece.

With an endless coastline and 6,000 islands, the cradle of Western civilization is an unmissable travel destination. 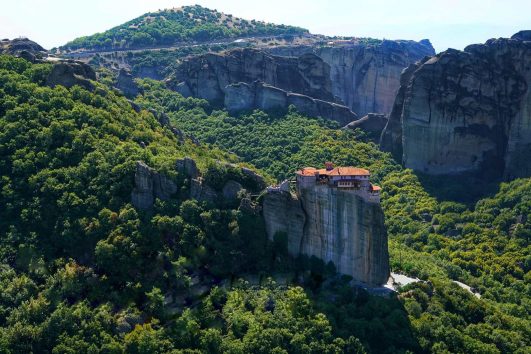 Visits to UNESCO World Heritage Sites introduced by local guides feature on this walking tour for mature couple and single travellers.  The days itineraries  to selected destinations provide authentic experiences in the remote parts of Greece. A single supplement is charged for solo travelers on these small group journeys. 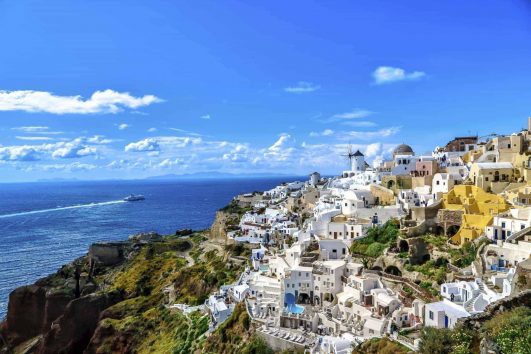 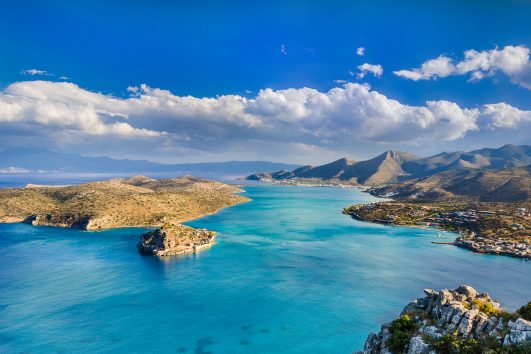 This peninsula or island is visited as part of a small group tour for mature and senior travellers on the Eastern Mediterranean or Crete programs designed for couples or solo travellers. You can also read more about the history of Crete. 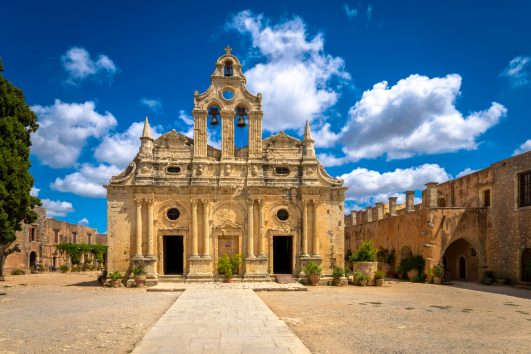 Crete, the largest of the Greek islands, stands as the southernmost border of Greece. Its position sees it as acting as something of a communication bridge between the African continent and Europe. 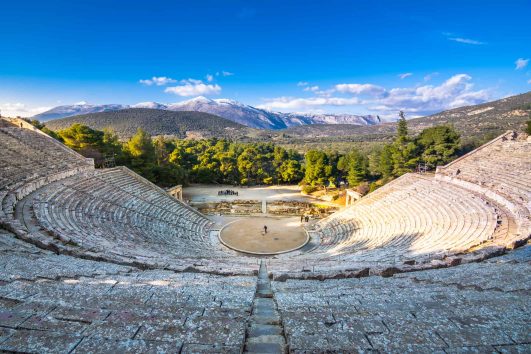 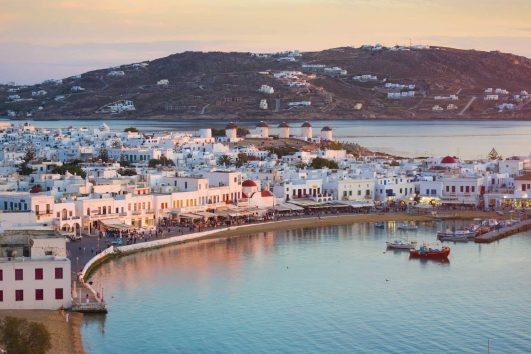 Mykonos has an amazing history, rising and falling as an economic powerhouse and trade centre dominated and defended by various rulers. 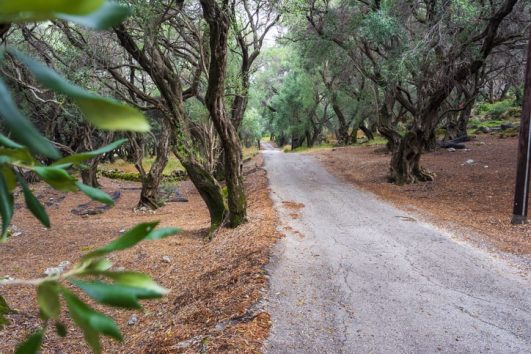 Corfu differs to much of the rest of Greece, with notable limited archaeological sites but an abundant mixture of forts, medieval castles, palaces, Greek orthodox churches, and monuments. 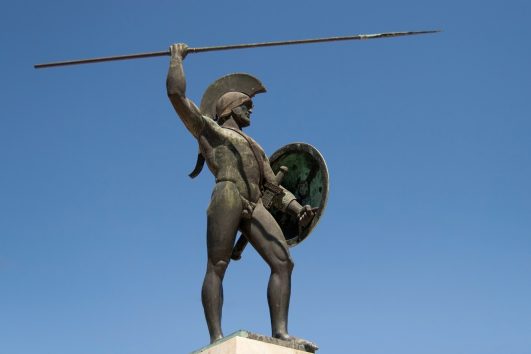 Sparta was a prominent city-state in ancient Greece famous for its powerful military. Throughout ancient Sparta a prominent militaristic culture pervaded with citizens’ lives centred around war.

This article traces the Peponnese peninsula history from the Bronze Age, through classical antiquity, the Byzantine and Ottoman empires, and finally modern Greek independence. 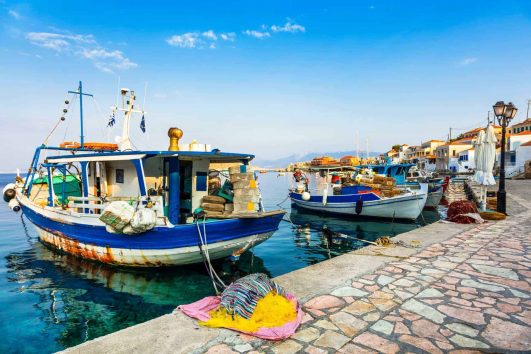 As a sea connecting continents and stretching from the Atlantic Ocean in the west to Asia in the east, the Mediterranean has for centuries been a centre of trade and exploration. 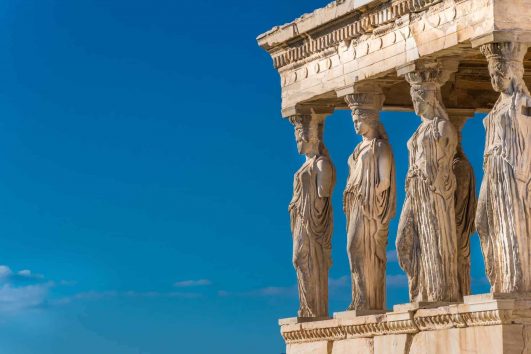 Explore and learn about on a Seniors  small group tour to Greece and its islands. A place of pastoral, cultural and historic settlement. Visit Epidaurus, Rhodes and the Greek islands or take a walking tour. 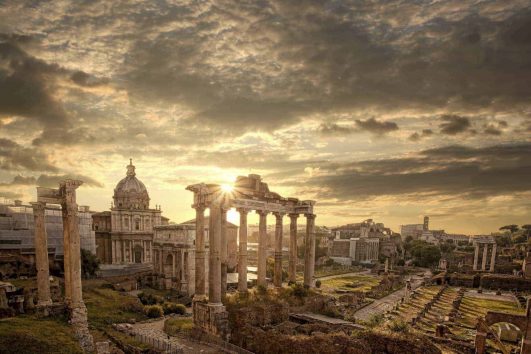 Exploring Ancient Cities What can we learn from exploring the ancient world? What do we take away from the wealth of knowledge uncovered as archaeologists investigate the ruins of past societies, while social scientists speculate… 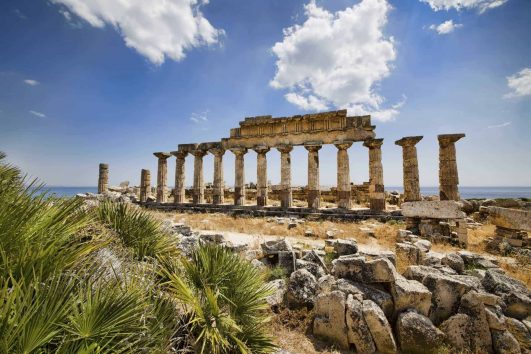 Dawn of Greek Civilization: The Definitive Guide for Travellers

The Beginning of Human Civilisation Ancient Greece is well-known as one of the earliest civilizations that contributed significantly to human advancement. “Greece reached heights in almost every area of human learning” (Mark 2013).  Generally speaking, Ancient,… 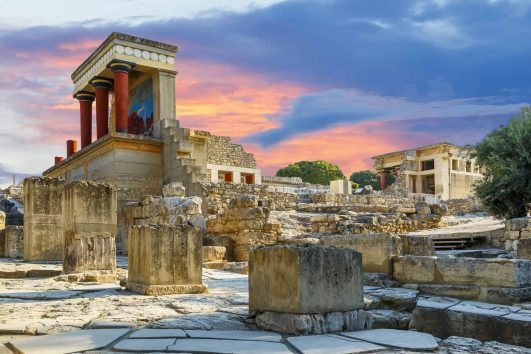 Crete History for Travellers Crete is one of the most beautiful and traditional regions of Greece. Although Cretans have fought generations of invaders, they are a people whose courtesy and hospitality is legendary. These lands… 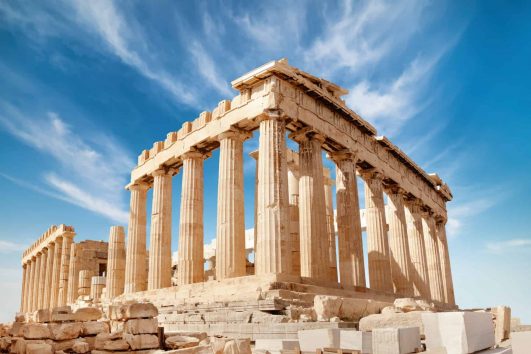 Creating Athens Aerial view of Athens, Greece This article Creating Athens traces the civilisations of antiquity to the rise of Athens as a city-state after the world’s first “Dark Age”. It is intended as background… 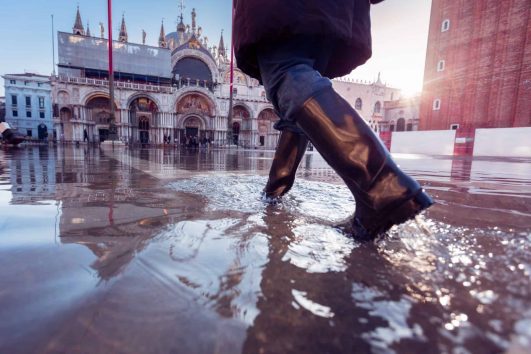 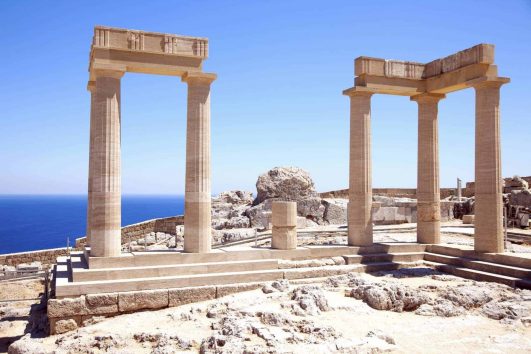 A Greek Odyssey Greece (Greek: Ελλάς, Hellas) is located in sun drenched Southern Europe, on the southernmost tip of the Balkan peninsula. It boasts extensive coastlines and islands in the Aegean, Ionian, and Mediterranean Seas.… 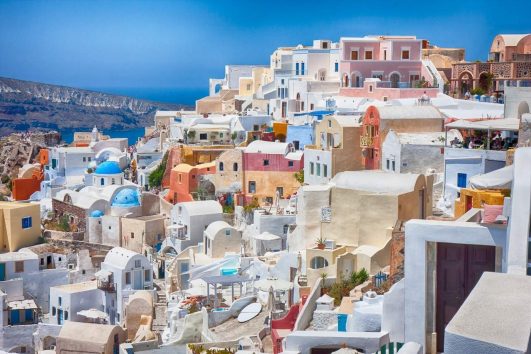 Odyssey travels by coach and occasionally uses local transport, including trains and ferries. Specifics are always outlined in your tour itinerary. If you are travelling by boat to the Aegean Islands, the main ferry terminal in Athens is Piraeus, which is only a short distance from the airport. Be sure to buy tickets in advance. Buses are abundant in Greece, whereas train travel can be slow (although quite cheap).

Greece has a southern European, Mediterreanean climate, featuring mild wet winters and hot dry summers – no matter where you are in the country. In some mountainous areas there is an alpine climate and snow is common. The Pindus mountain range affects Greece’s weather, bringing wetter conditions to the western side of the country due to the rain shadow effect.

In terms of geography, Greece has it all: mountains, plains, forests, coastal cities and thousands of tiny islands. At over 13000km, it has the 11th longest coastline in the world. Even so, the country is the most mountainous in Europe, with over eighty percent of the nation covered in mountains. The mainland is known as the Peloponnese peninsula.

Greece boasts 18 UNESCO World Heritage Sites, among the most for any country in Europe and indeed the world. You can view the official list of the sites here https://whc.unesco.org/en/statesparties/gr. It is well worth visiting every site, if you are able. But here’s a few highlights from the bunch:
Acropolis, Athens, universal symbols of the classical spirit
Temple of Apollo, famous temple to the god of healing and the sun
Delphi, ‘navel of the world’

The Greeks love a festival, and they have plenty. Individual islands often have their own celebrations, and Greeks celebrate both their birthday and the day of the saint they are named after. The biggest national festival, however, is probably Orthodox Easter, celebrated by candlelit street parades and delicious feasts. Festivities can go for over a week – be aware though, datewise, Greek Orthodox Easter does not always match up with Catholic Easter. Other festivals include the Hellenic Festival, the August Moon Festival and Apokreas. You won’t want for reasons to celebrate in Greece.

The Iliad or The Odyssey by Homer

Mani: Travels in the Southern Peloponnese by Patrick Leigh Fermor

The Magus by John Fowles

Zorba the Greek by Nikon Kazantzakis

Food is an essential part of Greek culture. It tends to be very simple: fresh, seasonal produce, olive oil and charcoal grills. In some more remote parts of the country, people have been eating and cooking the same way for centuries. Given how seriously they take their food in this part of the world, the are many different types of restaurant. A mezodopolio offers a tapas-like dining experience. Tavernas have more generous servings, often in rustic settings. Psarotavernas are tavernas that serve seafood. Estiatorios offer the full restaurant experience: formal service, a choice of cuisine and wine. Many restaurants are open until midnight – the Greeks like to take their time over dinner.

While much of Greece is usually safe to travel around, it’s important to stay alert to anything unusual. Also, you will often see signs warning of pickpockets in areas popular with tourists, so it’s important to keep a close eye on your belongings at all times.

Whenever you travel overseas, it’s always wise to take an appropriate travel adaptor. The electricity supply runs at 230V, 50Hz. Greek plugs have three (sometimes two) circular pins which form a straight line, shared by most of Europe (but not Australia).

The best of Greece 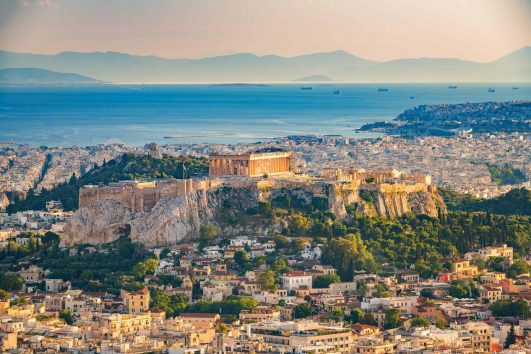 Modern-day Athens is a cosmopolitan metropolis, still dominated by breathtaking landmarks from the 5th century BC, such as the Acropolis and the Parthenon

Crete is a sparkling gem in the Mediterranean Sea. Greece’s largest island, here ancient history meets the glitz and leisure of tourists. 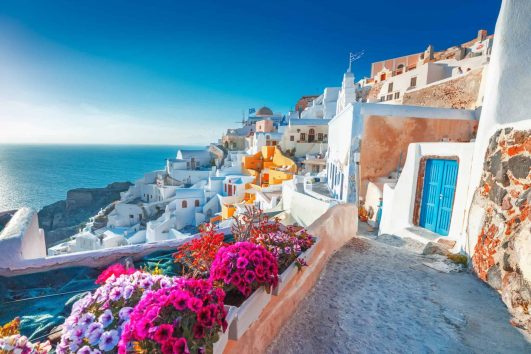 Relax a while in Santorini, a popular tourist and romantic destination, thanks to its crystal-clear blue waters, whitewashed villages, towering cliffs, a flourishing wine industry, and well-preserved historic buildings.

What time zone is Greece in?

Is the internet readily available?

Can I use my mobile phone in Greece?

Check with your cell phone provider to see whether you’re able to make calls and use data while in Greece. Many providers will offer a daily fee that allows you to make calls and check the internet while only being charged your regular rates. However, be certain to inform your provider that you’re heading overseas, because just like a bank they can turn off your service as a result of unusual activity.

External articles to assist you on your visit to Greece