Small group educational tours to Madagascar. See feel & learn about the wildlife, the culture & the history of Madagascar. 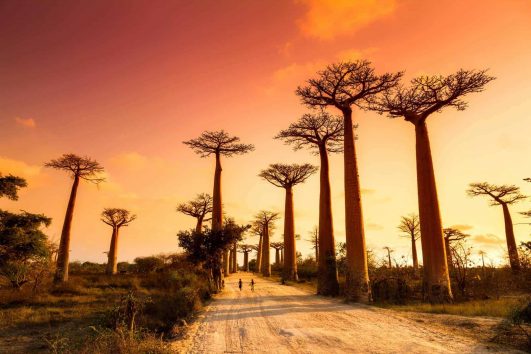 Madagascar’s Fascinating History Geographically remote, off the eastern coast of  Africa and in the Indian Ocean, is Madagascar. This article briefly outlines the history of Madagascar and examines the unique biodiversity of the island. Baobab…

Madagascar: For the Curious

Madagascar: For the Curious A stunning combination of jungles, beaches, and reefs, biodiversity awaits at every turn, thanks to its geographical isolation off the East coast of Africa. An abundance of wildlife […]

Odyssey travels by coach and occasionally uses local transport, including trains and ferries. Specifics are always outlined in your tour itinerary. Passenger train services are limited, so trains might not be the best option. Taxi-brousses are commonplace and inexpensive, though can be rather slow. Aside from taxi-brousses, tuk tuks (motorised rickshaws) and cyclo-pousses (cycle rickshaws) are commonly found in most towns.

Madagascar is an island country off the eastern coast of southern Africa, covering a total area of 587,040 square kilometres. Madagascar’s geography is varied, with the lowlands of the East Coast region giving way to the hills and outcrops of the Central Highlands, before being broken up by the bays and harbours of the west coast. As a result of Madagascar’s geographical isolation from the rest of the world, the wildlife found on Madagascar is truly unique, with over 90% of all plant and animal species found nowhere else on Earth.

Much as the geography varies across Madagascar, so to does the climate, with a tropical climate along the coast, a temperate climate inland, and an arid climate toward the south. Madagascar has two main seasons, the hot, rainy season between November and April, and the cooler, dry season between May and October. Depending on the time of year you intend to travel, check the weather reports and prepare accordingly.

Madagascar has 3 UNESCO World Heritage Sites. You can view the official list of the sites here (https://whc.unesco.org/en/statesparties/mg).

The Royal Hill of Ambohimanga, a royal city and burial site of national pride and importance
The Rainforests of the Atsinanana, which are home to an astonishing array of plant and animal life
Tsingy de Bemaraha Strict Nature Reserve, featuring remarkable limestone formations and the majestic Manambolo canyon.

Madagascar’s unique culture and native traditions are showcased in its numerous events and festivals. Famadihana is a significant event in the yearly calendar, whereupon families conduct exhumation and reburial ceremonies of deceased ancestors and celebrate with feasting, drinking, music and dancing. The Hiragasy is a lively musical event, with competing players performing oratory, dance, and musical contests amidst festive celebrations. The natural environment of Madagascar itself is celebrated with the Whale Festival, when the migrational arrival of humpback whales is celebrated with a parade, exhibitions and concerts, all to raise awareness for the remarkable mammals.

Malagasy food often features rice, with many dishes using rice as the base for the dish. Voanjobory sy henakisoa is one such dish, which is pork, onion, garlic, tomatoes and bambara ground peas. Malagasy cuisine makes good use of fresh herbs and vegetables, with the lasary dish made out of a mix of cabbage, carrots, onions, green beans and vinaigrette. Meat is also an important part of the Malagasy diet, with sesika (Madagascan meatloaf), akoho sy voanio (coconut chicken) and foza sy henakisoa (stir-fried crab, lobster, and pork) all popular dishes featuring meat.

As of time of writing, smartraveller.gov.au advises travellers to exercise a high degree of caution when in Madagascar. Turmoil arising from the recent presidential election campaign may make for an unpredictable political climate. Crime is a problem, while isolated outbreaks of plague have occasionally occurred in Madagascar. Always exercise common sense while travelling and pay attention to your personal safety.

Whenever you travel overseas, it’s always wise to take an appropriate travel adaptor. The electricity supply in Madagascar runs at 127/220V and 50Hz. Madagascar uses multiple types of electric plug, including the C, D, E and F electric plug types, so make sure you have the right travel adaptor handy. 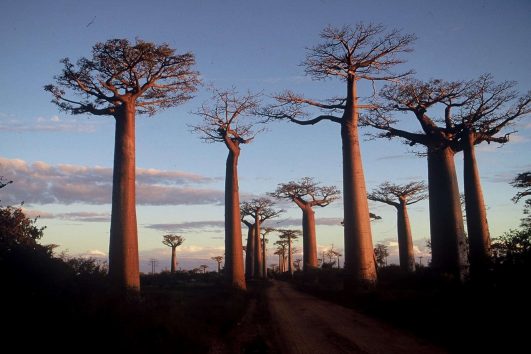 Avenue of the Baobabs, the striking formation of imposing Baobab trees in western Madagascar. 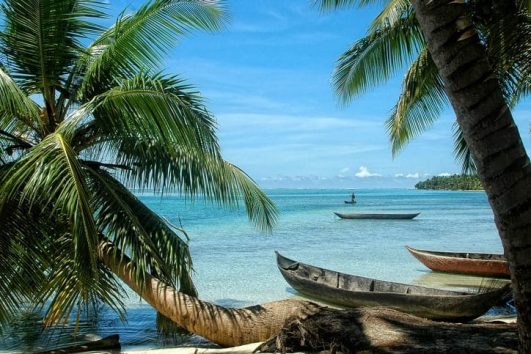 Ile Sainte Marie, an island off the coast of Madagascar with gorgeous ocean views. 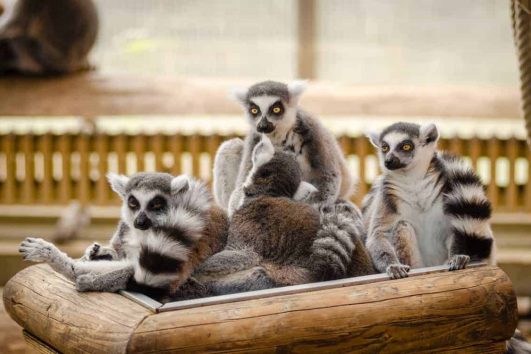 Is tipping customary in Madagascar?

If you’re on an Odyssey tour, we take care of tipping so you don’t need to give it a second thought. However, in your free time, or if travelling independently, it’s essential that you tip an appropriate amount for services. Tipping is fairly common for hotel staff, baggage handlers, restaurant servers, tour guides, and tour drivers.

Wifi should be availabe in most hotels, cafes and restaurants when travelling in Madagascar.

Can I use my mobile/cell phone while in Madagascar?

Check with your cell phone provider to see whether you’re able to make calls and use data while in Madagascar. Many providers will allow you to pay a daily fee that allows you to make calls and check the internet while only being charged your regular rates. However, be certain to inform your provider that you’re heading overseas, because just like a bank they can turn off your service as a result of unusual activity.