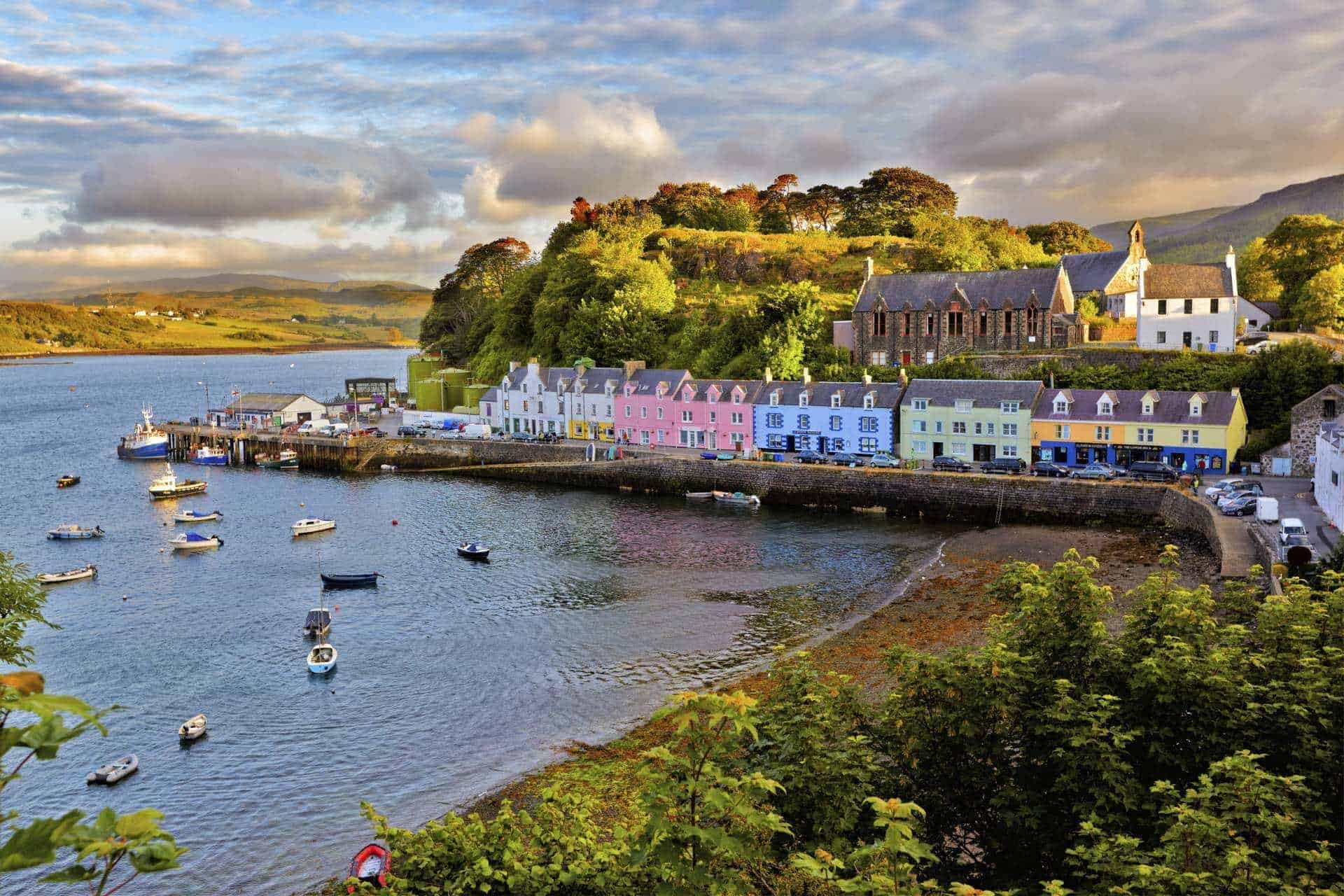 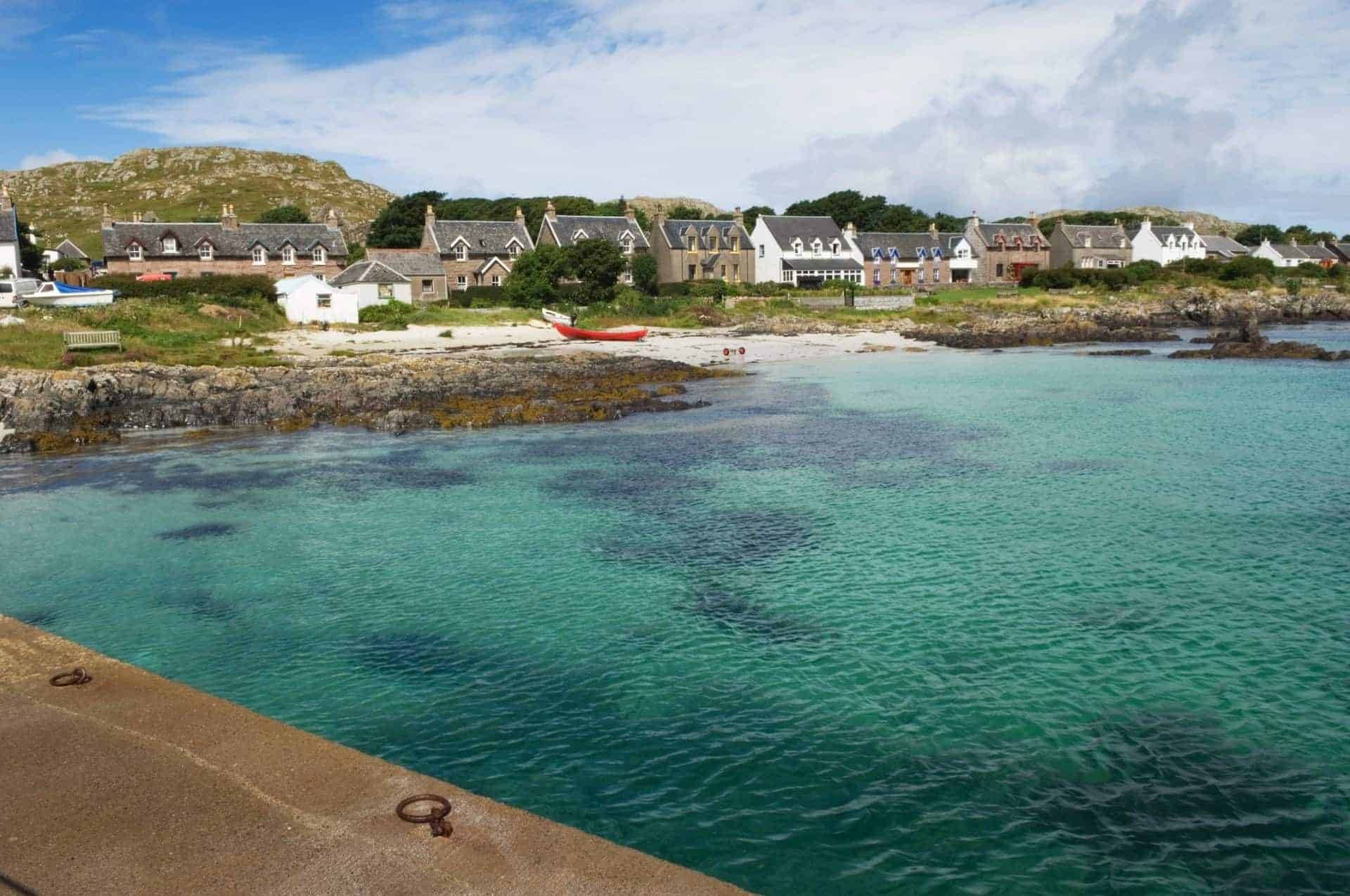 When one thinks of island-hopping, images of Scotland probably don’t immediately come to mind but Scotland is island-rich, with some of the most awesome scenery in the United Kingdom. There are nearly 800 islands that are part of Scotland, scattered around its western and northern coastline. Each of these islands has its own individual character, identity and charm but only 60 of them are populated and ferries run to only 46. No point on any island is greater than eight kilometres from the sea.

Exploring these islands on a Scotland tour, with their sea-lochs, moors and grasslands dotted with sheep and cattle, is to walk through Scottish history. There are crofts abandoned during the Highland Clearances, ancient standing stones and brochs. The diverse geology and climate of the more remote islands influenced local landforms and land use, creating a unique culture and heritage. There are three main groups of Scottish islands: The Inner and Outer Hebrides, the Orkney Islands, and the Shetland Islands.

The Inner and Outer Hebrides

The Hebrides refers to a crescent-shaped archipelago that lies around 40 miles off the north-west of mainland Scotland, its west coast pounded by the unbroken force of the North Atlantic. There are roughly 200 islands in this group, making up an area of 716,000 acres. Split into the Inner and Outer Hebrides, the Inner Hebrides are closer to the mainland and comprise of 35 inhabited islands as well as 44 uninhabited islands. The islands Skye, Mull and Islay are the most well-known and heavily populated. The Inner Hebrides are known for their dramatic natural beauty, dazzling castles and impressive working distilleries. Many travellers enjoy spotting wildlife in the archipelago and if you’re lucky you may catch sight of puffins, seals, otters or red deer on the various islands.

On the Isle of Skye, you will find Dunvegan Castle, which is the oldest continuously inhabited castle in Scotland. It has been the ancestral home of the Chiefs of clan MacLeod for 800 years and was originally designed as a fortress. Today, it is open to visitors and and steeped in history. Mull’s main town, Tobermory, is also worth a visit. A colourful and picturesque fishing village, it is a great base from which to visit Duart Castle, which dates back to the 13th century and is the seat of Clan MacLean. Just off of Mull is the Isle of Iona, home to Iona Abbey, the final resting place of many medieval Scottish monarchs, including the real Macbeth. Built by St Columba, today the abbey remains one of the oldest and most important Christian religious centres in Europe. These are just some of the amazing highlights you will find across the Inner Hebrides.

The Outer Hebrides are also known as the Western Isles and are a 30-mile-long string of islands, with five main inhabited islands. Not only are the islands miles away from the mainland, as the outermost islands of the British Isles, but there is a distinct cultural divide with the Outer Hebrides remaining the last stronghold of the Gaelic language and lifestyle. Only 13 of the islands are inhabited, with about 80% of the population based in Lewis and Harris.

Approach the Outer Hebrides from the east, and you will be met by rocky, glaciated valleys and seemingly barren lands. Approach from the west, however, and you will find pristine beautiful hebridean white sandy beaches to rival any in Europe. Cute cottages dot the fertile grassland, grazing cattle completing the picture of rural idyll. These vast extremes are separated by peat moor teeming with biodiversity and wildlife: more than meets the eye. Expect prehistoric sites, Victorian-era castles, jaw-dropping landscapes and museums celebrating local culture and history.

Shetland is Scotland’s most northerly outpost, lying some 300 km from Norway. The archipelago was under Norse rule until the 15th century and the local culture is influenced by both its Scottish and Norse heritage. A UNESCO Global Geopark 3 billion years in the making, Shetland is made up of 300 islands with 16 inhabited. With beautiful rolling green hills, a rugged coastline, crystal clear waters and an abundance of wildlife, Shetland is a popular travel destination and its not hard to see why. Explore bustling towns, glittering sky-blue lochs and marvel at the birdlife. Make sure to see some of the famous but small Shetland ponies, who have been a part of island life since the Bronze Age, and enjoy the unencumbered views of the surrounding Northern Atlantic Ocean.

Only a few short miles off the north coast of Scotland you will find a collection of flat, green-topped islands, bare of trees and ringed with red sandstone cliffs. These are the Orkney Islands and they are famous for their prehistoric villages, ancient stone formations and spectacular coastal vistas. Travellers can marvel at remote seabird colonies and visit some of the best-preserved Neolithic sites in Europe. Both the Orkney and Shetland Islands are home to a number of standing stones and stone circles. The Ring of Brodgar, on the largest island in Orkney, is a Neolithic henge and stone circle that is part of a UNESCO World Heritage Site.

The Scottish Islands offer the chance to explore beautiful scenery and breathtaking views, a fascinating history accompanied by prehistoric monuments and geographic wonders and a travel experience like no other. A trip to Scotland would not be complete without at least a few days exploring this magical area. Our Scottish Isles group tour runs thrice annually (May, July, September) is one of some 140 small group tours that Odyssey offers each year. Our tours around Scotland’s capital continually delights our groups (6-18 pax) of mature travellers.

Articles about Scotland and the Scottish Islands published by Odyssey Traveller.