Vikings and Their Use of Wool for Sails

This educational article aims to help senior travellers immerse in the world of vikings before they take part in a memorable travel experience across Scandinavia. It helps appreciate viking men and women’s amazing craftsmanship which helped them conquer or at least reach parts of Western and Southern Europe and North America and establish settlements, some of which are preserved as viking sites. According to Kassia St Clair in her book The Golden Thread: How Fabric Changed History, when the Gokstad ship, dated 850 AD, was found in 1879 as a burial site for a distinguished man surrounded by treasures and animals, an interesting discovery accompanied the ship (2018, p. 98).  Not only was it rare to find such a beautifully preserved ship intact given the viking funeral tradition of setting ships ablaze, but also pieces of its large red and white sail were found made entirely of wool.  Wool was a staple to Viking clothing for its warmth, even in damp conditions, and relative ease to clean (Lise Bender Jørgensen cited by Claire Eamer 2016).  However, it seems an odd material to choose for a sail as the kinks that provide insulating pockets of air for warmth are essentially holes that air can pass through.  Moreover, wool is notorious for absorbing and retaining water for a long time.  This article will take a brief look at the Viking’s use of wool for its sails, including their innovative approach to producing long-lasting windproof sails to which their successes as a sea-faring group can be attributed.  It will explore the labourous methods of woolen sail production that vikings perfected which allowed them to cross the Atlantic Ocean and land in the Americas well-before Christopher Columbus ever dreamt about it, nearly 500 before Columbus was born (St Clair 2018, p. 102).

The Importance of Sails

Sails are an important invention for humanity as a whole.  No new lands would have been explored or technology created without this harnessing of the wind. Sails were thought to have emerged from the Egypt and their use of the new wind technology to allow for boats to move up the Nile river, as evidenced by a number of hieroglyphs depicting boats with sails on them (St Clair 2018 p. 105).  However, according to St Clair, archaeological findings in the Arabian Gulf pre-date theories about sails’ Egyptian origins (2018 p. 105).  Rather, a reed-bundle boat with barnacles and pottery illustrating a boat with masts from this site are now the earliest known artifacts proving sail use.  It was only centuries later that the vikings added sails to their boats, and used materials at their disposal.   This was vital for the vikings who viewed boats as a symbol of pride and power, and who were renowned for their brutal looting ways on near-by, as well as far-away, lands.  Without sails, they may not have been able to travel as far as Iceland, let alone UNESCO-listed L’Anse aux Meadows, an 11th century viking site in Newfoundland, Canada.

With their exploration and expansion of territory, there was a demanding pressure put on the viking people to supply wool, both raw and textile.  It was the circle of viking life, as more wool was need, so was more land to rear the sheep needed to harvest the wool.  In fact, textile researcher Amy Lightfoot suggests that land for pasture may have been as much a driving force for viking expansion as looting or trade (Claire Eamer). Thus wool production became the centre of viking communities and families banded together to mass-produce wool.  St Clair indicates that each family likely reared a dozen or so sheep (2018, p. 108).  However, it is estimated that the wool of at least 400 sheep were required to provide enough wool to fully equip one typical viking vessel with all the textiles needed for their journey, including clothes, blankets, sails.  By these estimates, nearly 2,000,000 sheep needed to be rooed to provide enough wool for the entire viking fleet (2018, p. 114).

The sheep that the vikings shepherded were also a very unique variety that provided a much more hardy wool for viking use.  The breed found on the viking islands, including Iceland, Norway, Faroe Islands and some Scottish islands, were highly adaptive due to the harsh conditions they lived in, such as small grazing lands and cold damp weather.  For example, on some islands, the sheep adapted to the rocky shoreline and grazed on seaweed (St Claire 2018, p. 108).  Their sheep were well suited to providing wool that could be used for sailcloth because they had dual-wool layers, a course outer layer with a high lanolin concentration for waterproofing; and a soft, insulating undercoat (p.108). 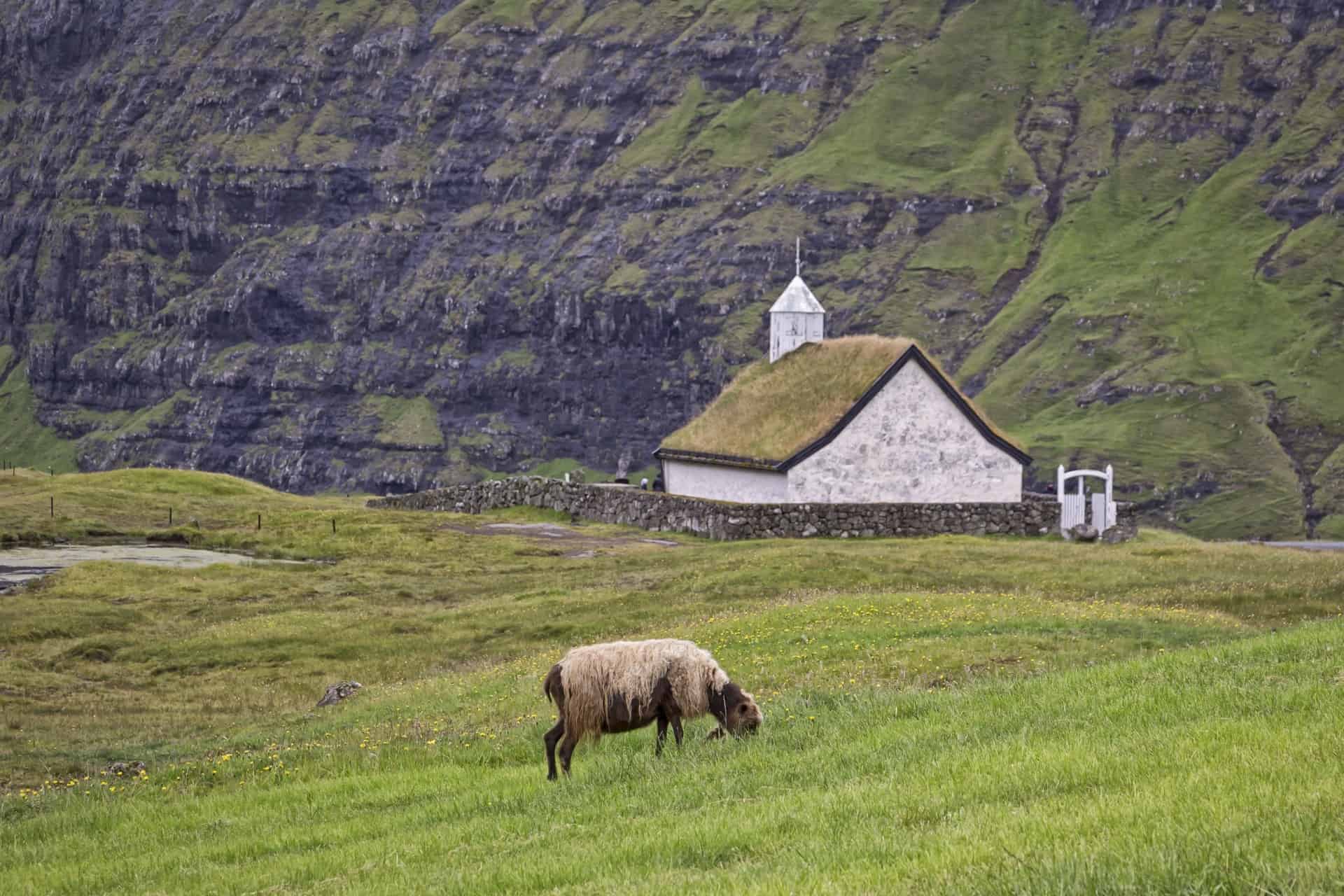 A sheep on the Faroe Islands, bread for viking wool

So communities had to band together to collect enough wool and families often worked as a team to prepare the sailcloths.  This was done in 5 steps, as outlined by St Clair (2018):

The entire process from wool collection to a finished sailcloth took approximately two years to complete.  To prepare all of the sails and supplies for a typical viking vessel would take 10 years, and for a large warship, nearly 60 years (St Clair 2018, p. 114).  But, the well-designed sailcloths, specialised sheep, hard labour, and meticulous skill were of the highest quality and succeeded in harnessing the wind to bring masses of viking ships to new lands, and, when cared for properly, could last for upwards of 50 years.

One guess as to why so much time and effort was put into making the best quality sails is that family and community members would potentially be using the sails.  Viking code often called for men’s mandatory conscription to the army during times of war.  In fact, in 1309, King Håkon V of Norway  passed a law that made it mandatory for every region under his reign produce and maintain at least one warship and all of its provisions in each region (St Clair 2018, p. 111).  Because it was the local men that would be manning the ships, their wives, mothers, and daughters who weaved the sails, took great care in making the highest-quality sails for their spouses’ and families’ safe travels.  Throughout King Håkon V‘s reign his people often went to war for him against Denmark and Sweden, and so used the ships they were charged to maintain.

In 1893, a recreation of the amazing Gokstad Viking ship found 14 years earlier set sail from Norway to America to see how the boats would fare in a cross-Atlantic voyage.  After a year’s work in creating a mirror image of the ship and its sails to prove whether it was possible for the relatively shallow longboats could successfully cross the ocean, an 11-man crew spent two months travelling and reached Newfoundland, then New York and Chicago.  This voyage was a testament to the to the impressive ship- and sail-building of the viking community. 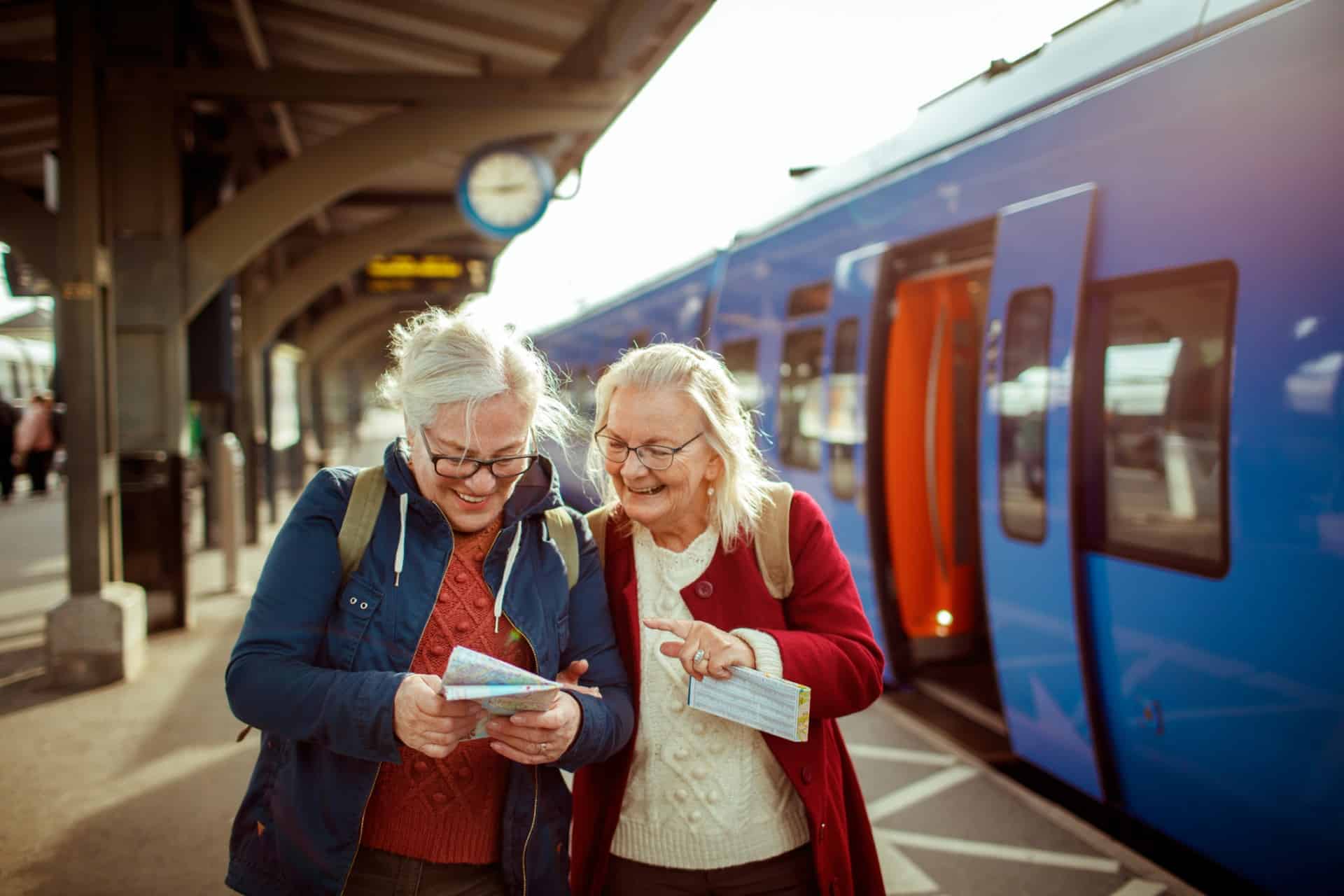 Every International small group tour taken typically contributes to your membership level in our  Loyalty Program for regular travellers. Membership of the alumni starts when you choose to take your first international small group tour with Odyssey Traveller, discounts in tour pricing for direct bookings accrue from your third tour with Odyssey Traveller. To see the discounts and benefits of being a Bronze, Silver, Gold, and Diamond alumni member with us, please see this page.