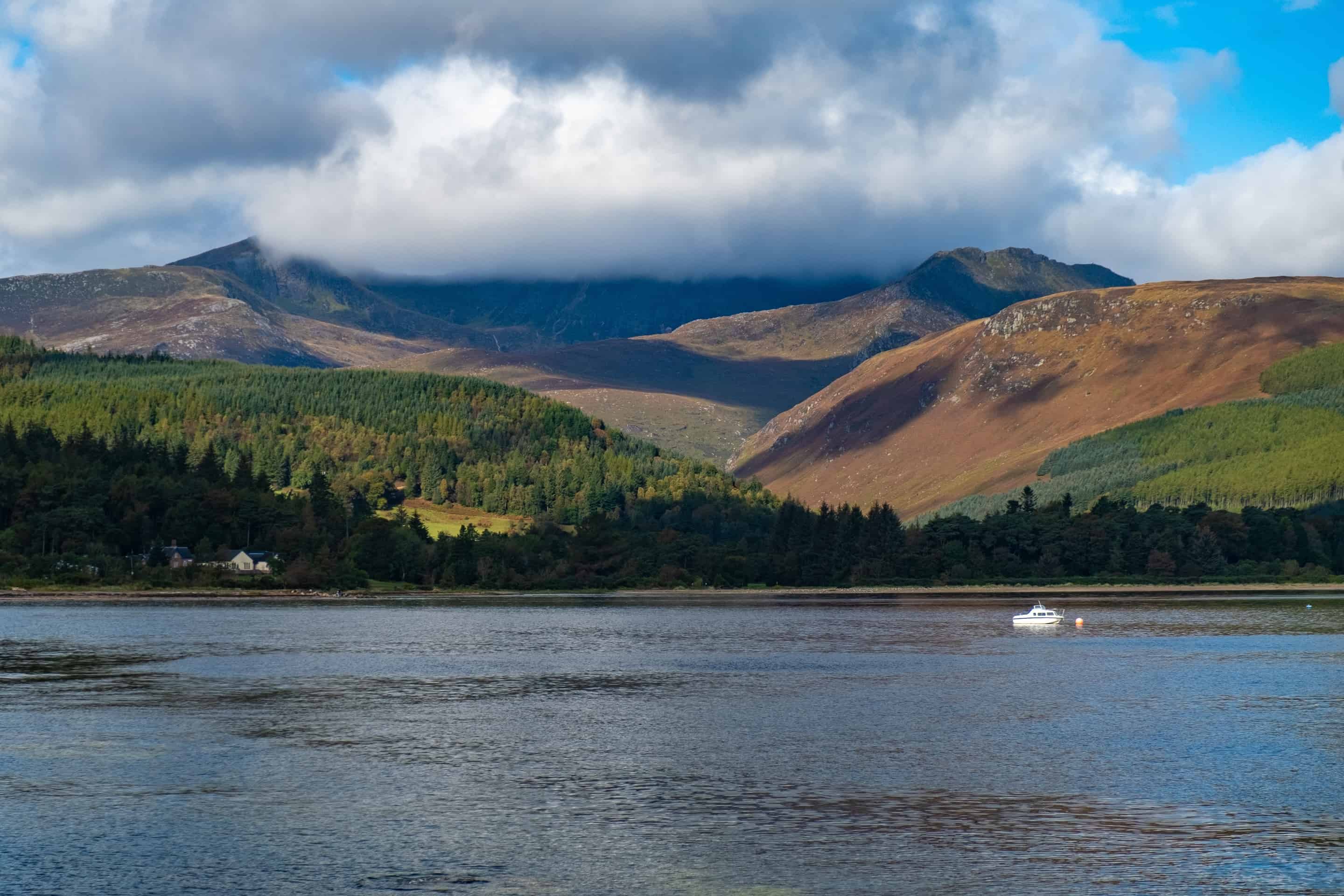 The Isle of Arran (Eilean Arainn) is Scotland’s seventh largest island, and the largest island in the ocean inlet Firth of Clyde, located at the mouth of the River Clyde that runs through Glasgow. Measuring 20 miles (32 kilometres), the Isle of Arran is also called “Scotland in miniature” as it offers a variety of beautiful coastal scenery and magnificent attractions—mountain peaks, beaches, forests, a dramatic coastline and their famous Scotch whiskey—a little bit of everything a traveller may expect from the Scottish Isles. It’s a geologist’s paradise with its scenic combination of mountains, cliffs, low hills, lochs, streams and glen. In addition to its unspoiled beauty, Arran’s accessibility to Glasgow and the Scottish mainland makes it a favourite destination for visitors.

This Scottish island has a long history. Scholars believe Arran was populated at the end of the last Ice Age. The island also boasts a number of ancient Neolithic burial tombs and Bronze Age stone circles, such as the rich archaeological landscape of the Machrie Moor Standing Stones, six stone circles found across the moor on the island’s western corner.

Irish monks made their way here. South of Brodick lies Holy Island, a cone of basaltic rock with a cave said to be where the 6th-century hermit St. Molaise stayed. Norse raiders (Vikings) lived on the Isle of Arran for many centuries, and in the 11th century it was ruled under the Norse Kingdom of Mann and the Isles until 1266, when the Norsemen ceded Arran to the Kingdom of Scotland. The Isle of Arran is separated from the Inner Hebrides on the west coast of Scotland by the Kintyre Peninsula, but share cultural similarities due to this shared Viking and Gaelic past. Gaelic is still spoken widely on Arran.

Arran continued to play an important role in Scottish history. It is said that Robert the Bruce, the legendary Scottish warrior who led Scotland during the First War of Independence against England, got the signal to reinvade Scotland here in 1306, while his followers were harassing the English garrison at Arran’s Brodick Castle.

Today, Arran is well known for outdoor activities and its whisky, cheese, and oatcakes. There are plenty to see on your visit and walking tour of the Isle of Arran. Along with the Isle of Islay and Isle of Skye, Arran is part of Scotland’s “whisky coast”. (Read more in our article on Scotch Whisky here.) The Isle of Arran Distillery, the only working whisky distillery on the island, once housed many illicit stills on the Scottish west coast. The whisky distillery also offers tours and tasting, and has a family-friendly restaurant called the CASKS Café for those who want to have coffee after all that whisky.

Historic Brodick Castle is open to visitors. This lovely red sandstone 13th-century castle has a round tower and a walled garden, with a fine rhododendron collection and beautiful woodlands beyond.

Arran’s dramatic landscape is dominated by Goat Fell, standing at 875 metres (2,866 feet) with its jagged summits, perfect for those looking for a more challenging walk.

To get to the Isle of Arran from Glasgow, travel to Ardrossan to get the ferry to Brodick. This train and ferry crossing will take around three hours. There are also bus services to take you to the ferry. Our Rural Britain walking tour includes a stop on the Isle of Arran and includes 21 nights of accommodation and a comfortable mini-coach for exploring the British Isles. Click here to sign up.

The following list of articles published by odyssey Traveller for mature aged and senior travellers to maximise their knowledge and enjoyment of Britain when visiting:

External articles to assist you on your walk in Britain 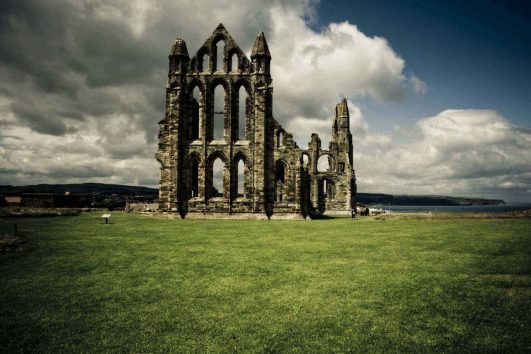