10 books to read about the Scottish Isles 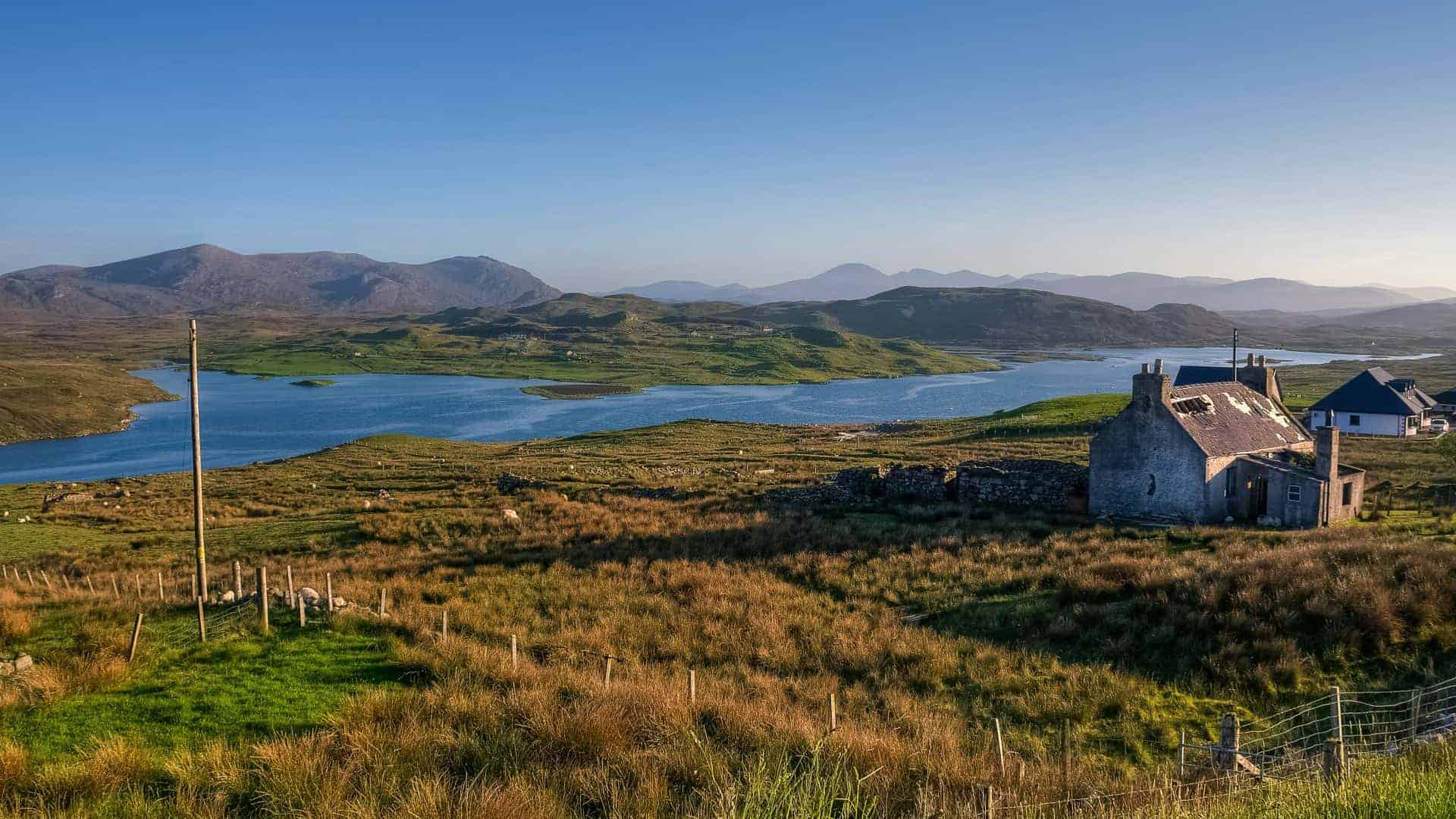 Why read books about the Scottish Isles before travelling there?

This is recommended list of books for mature & senior travellers planning to travel to the Scottish Isles either as part of an Odyssey Tour or individually. We actively encourage our tour participants to read about their destination to get a sense of the place, its history and culture before their visit.

Here are Odyssey Traveller’s 10 recommended books about the Scottish Isles:

by Mary J MacLeod
Life on the remote island of Papavray in the 1970s was a world away from Mary J. MacLeod’s urban existence in the south of England. And this peaceful environment was just what she was looking for. While indoor toilets were still something of a luxury, and ‘teleeffissions’ could produce terror in some of the older residents, the glory of the mountains and the sea combined with the warmth of the island people meant she had found a haven for her family.
Mary’s post as district nurse gave her a unique insight into true life experiences of island life, and her stories of the troubles, joys, drama and comedies endured by her patients make this a charming and humorous account of community life on a small island in a bygone era.

The Furrow Behind Me: The Autobiography of a Hebridean Crofter

by Angus MacLellan
Angus MacLellan was regarded throughout his own lifetime as one of Scotland’s finest traditional Gaelic storytellers. Reminiscences of his life were first recorded – on tape in Gaelic – in the early years of the 1960s and later transcribed and translated by John Lorne Campbell into this English-language biography.
MacLellan was born in 1869 into a poverty-stricken crofting community on South Uist.  Angus MacLellan spent his childhood and his youth with his family before travelling from the island to find work first in the militia and then on the farms of the mainland. His travels came to an end when he returned to assist and eventually to succeed, his parents on their croft on South Uist in 1896.
Angus MacLellan’s memory for detail and his gift for telling should bring to the reader a vivid picture of a harsh lifestyle encompassing two centuries of dramatic change.

Island Wife: living on the edge of the wild

by Judy Fairbairns
Dream of living on a remote Scottish island?
This book ISLAND WIFE tells the story of a woman’s life on a remote Scottish Island. Judy, at 19, met her future husband, who whisked her off into an adventure, a marriage of over forty years, and a life on a remote Hebridean island. Along the way she bears five children, learns how to run a rocky hill farm, a hotel, a recording studio and the first whale watching business in the UK – all the while inventively making fraying ends meet.
When her children start to leave home, things fall apart and there is sadness and joy in how she puts things back together. Funny and tender, this is a book of endless horizons and a breath of fresh air.

by James Curron
James McRory Smith lived for over 30 years at Strathchailleach, one of the most remote cottages in the Britain Isles.
Standing in the shadow of the squat stone structure, it is hard to imagine a more isolated spot. The building sits alone in a vast tract of empty, featureless terrain to the south of Cape Wrath, in Sutherland. There is no access road, no running water, no electricity and no telephone. Yet James McRory Smith survived here, battered by the elements and devoid of human company. His story is a fascinating account of a man pitting his wits against the wilderness, enduring endless isolation and existing, for a large part, off the land.
James’ lifestyle belonged to a bygone age, yet he lived it in the 20th century, turning his back on the luxuries and conveniences of the modern world. This biography provides readers with an inspiring account of a modern day hermit. It offers a rare insight into an alternative way of life, one that is far removed from the norm. At a time when people are becoming increasingly concerned about consumption and consumerism, and their impact on the environment, James McRory Smith’s story demonstrates the practicalities and challenges of the frugal, self-sufficient lifestyle many people dream of. However, this is not intended simply as a social history, is also a true-life story of adventure and survival.

The Hebrides: By the presenter of BBC TV's Grand Tours of the Scottish Islands

by Beth Camp (Fiction)
In 1842, Lord Gordon claims his new estate in Northern Scotland and plans to replace farmers and fishermen with sheep. Mac McDonnell, suspicious of Lord Gordon from the beginning, leads protests – despite the impact his actions will have on his sister and three brothers. When evictions begin, a second protest at Westness turns violent. What will Mac risk to protect his family, his sweetheart, and his livelihood?
Set in the Orkney Islands during the time of the Clearances. Standing Stones won an award from the Pacific Northwest Writers Association for historical fiction. The book was called “a very promising work, with appeal to a broad audience, peppered with a variety of characters the reader can identify with sympathetically or instantly distrust.”

by Haswell-Smith, Hamish
Fully revised and updated and liberally illustrated with the author’s own paintings, this guide will take readers to every Scottish island.
From the abandoned crofts of Mingulay and the standing stones of Orkney to the white beaches of Colonsay and the spectacular Cuillins of Skye, this is the first complete gazetteer to cover all of Scotland’s many hundreds of islands.  Including those islands which are uninhabited and those which are notoriously difficult to reach.
Packed with information on access, anchorages, points of historical or natural interest, and things to do and see. This fascinating compendium provides indispensable information for touring, for browsing and for reference. For all of those travellers who wish to experience some of the most beautiful and remote places in the world. No other book begins to emulate the range and depth of the information contained in The Scottish Islands.

The Ancient Paths: Discovering the Lost Map of Celtic Europe

by Graham Robb
Graham Robb’s new book will change the way you see European civilization. Robb is fascinated with the world of the Celts.  The Celtic  gods worshipped, their art, and, most of all, their sophisticated knowledge of science.
His investigations gradually revealed something extraordinary: a lost map, of an empire constructed with precision and beauty across vast tracts of Europe. The map had been forgotten for almost two millennia and its implications were astonishing. The Ancient Paths brings to life centuries of our distant history and reinterprets pre-Roman Europe.

The Celtic Myths: A Guide to the Ancient Gods and Legends

by Miranda Aldhouse-Green
Introduces the world of the Celts, their gods and goddesses, heroes, monsters and villains. As well as vividly exploring the legends. The author brings her expertise in the archaeology of the Iron Age and particularly shamanism to bear on the mythical worlds described. The reader learns about evidence as diverse as the Gundestrup Cauldron and the famous bog bodies that support the legends.
Starting with a discussion of how myths are transmitted. The author continues with an account of the Irish and Welsh myths and their key actors and motifs. Then considers themes such as heroes, animals, women, environment and the Otherworld in the world of Legends. Finally, the author asks how the myths survived the Christianization of Europe. Also looking at the influence of monastic chroniclers on the tales, which they preserved and adapted.

The Sea Kingdoms: The History of Celtic Britain and Ireland

by Alistair Moffat
Alistair Moffat’s journey, from the Scottish islands and Scotland, to the English coast, Wales, Cornwall and Ireland, ignores national boundaries. Moffat reveals the rich fabric of culture and history of Celtic Britain which still survives today. This is a vividly told. A dramatic and enlightening account of the oral history, legends and battles of a people whose past stretches back centuries. The Sea Kingdoms is a story of great tragedies, ancient myths and spectacular beauty.

Read more about Scotland and the Scottish Isles

If you’re interested in learning more about Scotland, we have further educative articles: