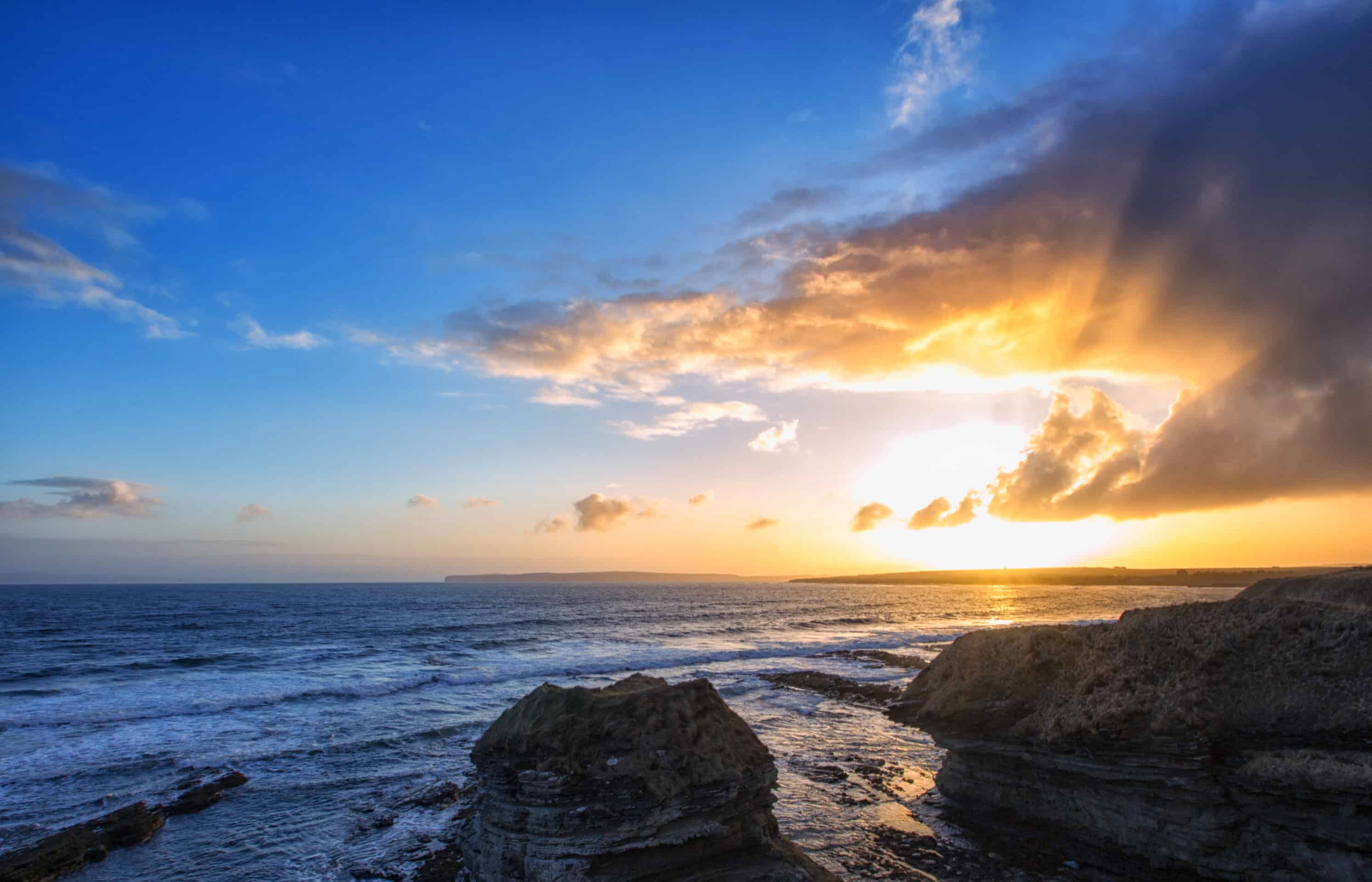 The Scottish mainland’s most northerly town, Thurso, is a charming gateway to the Scottish Isles and, being on the country’s north coast, is considered to be Scotland’s surf capital. The remote town is on the North Atlantic and has similar latitudes to Oslo and Moscow. While the waves are considered to be the best in Britain, there is plenty to do around Thurso that doesn’t involve donning a wetsuit, including great walks, galleries, museums and a ruined medieval parish. From Edinburgh, travel by train or bus takes around eight hours while flying to Wick Airport (an hour’s drive from Thurso) takes just over an hour.

The History of Thurso

Thurso was an important Norse port because of its location on the sea and in 1330, Scotland’s standard unit of weight was brought in line with that of Thurso, signalling the town’s economic importance. In 1841, the population was around 2,500 people and following the 1845 Poor Law Act, a poorhouse was constructed in Thurso. The building brought poor relief, in the form of government funds, to Thurso and the surrounding parishes.

Much of the town is a planned 19th-century development but in the mid-20th century a nuclear power plant was established at Dounreay which increased the population of the town threefold. This reshaped the layout of the town with almost 2,000 new houses being built in Thurso as workers flooded in. Although the nuclear plant was decommissioned at the end of the 20th century, the site will not be cleared of its waste until the 2070s so it continues to provide employment to townspeople.

What to Do in Thurso

Thurso is in the historical area of Caithness and Caithness Horizons is a museum that brings the history of Caithness to life. The museum features a gallery space, exhibits on life in Thurso and information about the Dounreay nuclear reactor. Also worth a visit is Old St Peter’s Church (St Peters Kirk), which dates back to 1125. At one point it was the principal church for the county and a court setting of sorts in the 17th and 18th century. Here the public would decide how a criminal should be punished. In 1701, a woman who had a relationship with a Dutch sailor had her head shaved and was publicly shamed, a decision made at the church.

Fifteen minutes from Thurso town centre is the prize-winning Dunnet Bay Distillery, famous for its Rock Rose gin. During the summer, you can tour the distillery and sample both the gin and a vodka. While in the area, it is worth making the trip to Dunnet Head to stand at the most northern point of mainland Britain and to see the Dunnet Head Lighthouse built in 1831. The scenery is beautiful, with stunning sea cliffs, steely water and seabirds flying high above on their way to Orkney.

Thurso Castle is a ruined 19th-century Gothic castle in the Scottish Highlands and a twenty minute walk from the town centre of Thurso. It was originally a Viking stronghold, later acquired by the powerful Sinclair family. The ruins that survive today are of a Gothic style mansion rebuilt in the 19th century. The castle itself is not accessible but the ruins against the dramatic scenery of the northern coast makes for quite a photograph.

From Thurso, it is easy to travel to the Orkney Islands via a bus and ferry to Stromness, the second-most populous town in Orkney on the biggest isle, Mainland. The ferry trip is known for being particularly scenic. The Orkney Islands are known for their prehistoric treasures, such as stone circles, and their magnificent landscapes, with white sandy beaches and sea stacks.

If you’re interested in taking a tour of Thurso, take a look at our Prehistoric Britain tour and our Scotland: 5,000 Years of History tour. Both stay overnight in Thurso as part of a journey around Scotland and the isles, allowing you to see the wonderful north highland scenery and enjoy the ferry crossing from Thurso to Orkney.