Like a page out of a history book, the North-Eastern city of York in the United Kingdom is a Gothic wonder. This is a great day tour from London, with its rich history and amazing scenery. From your London hotel or accommodation, you can simply hop on a train and be in York in under two hours. York is perfect for a weekend escape whilst touring England on vacation, as it will energise you with its breathtaking landscapes, architecture, and history.

If this travel experience is of interest to you, you can explore York while on a Britain tour with Odyssey Traveller. Our Queen Victoria’s Britain tour is one of our popular tours of England, and takes you to quaint villages, beautiful scenery, and monuments, while learning all about the changes that Britain underwent under Queen Victoria’s long reign.

But first, what is there to see in York? What lies beyond this walled Roman fortress, aside from York Minister, one of the world’s most beautiful 13th century cathedrals, and The Shambles, York’s fascinating ancient street? Encounter the best stories of York in these 15 places that will leave you yearning for more.

The celebration of the birth of Christ – Christmas – was inaugurated by Constantine the Great. That’s right, the Roman emperor crowned in AD 306 in York, initiated Christmas! He was remembered as “the Great” for a reason – not only did his Christian faith change the religion in European history, he also united the Roman empire after almost 80 years of political fragmentation. Commissioned in 1998, the bronze statue of Constantine the Great sits next to the York Minister. In 2016, the statue was damaged when Constantine’s sword was stolen. Everybody wants a piece of history – in this case, literally.

The place to be if you were rich in the 18th century? York’s Assembly Rooms. Playground for the glamorous, this entertainment hub was where aristocrats gathered to socialise on a weekly basis. Reminiscent of an 18th century Egyptian hall for events like festivals, the Assembly Rooms were subscription-funded and first used in August 1732. Representative of the decadent in the 1700s, the well-received design subsequently became the paradigm of country houses’ formal reception rooms. Occupied by an Italian restaurant today, you don’t need to be wealthy to enjoy this neoclassical building – prepare yourself for a feast (in more ways than one).

A contrast to the grandeur of the Assembly Rooms, Goddards is a historic home designed by the renowned York architect Walter Brierley. Built by Noel Goddard Terry (yes, of Terry’s chocolate factory) for his family in 1927, the family-friendly place and beautiful gardens opened to the public in 2012 following restoration efforts. From stairs embodying the Arts and Crafts movement to barrel-vaulted ceilings, you will find handmade beauty at every turn. Historic exhibitions are often held in this quaint home, and vintage typewriters and sketch pads are available whenever inspiration strikes.

If you have always wanted to experience a dystopian world you’ve seen on screen, here’s your chance. At the height of the Cold War, Britain was prepared to live in a post-nuclear-holocaust. Of the thirty created in 1961 around the country, the remaining operational bunker lies in York. Face the frightening realities of that time as you step past doors able to withstand a nuclear blast. The bunker’s radio equipment for communication with the outside world, utilitarian beds, and air filters enforce the realisation of a plausible dystopia.

Perhaps you have heard of York’s lesser-known alleyways and streets from A Walk Around the Snickelways of York. This famous, 1983 book by Mark W Jones has been reprinted over the years with updated maps. From hole-in-the-wall pubs to shortcuts through to markets, get lost in the odd shops hidden in these lanes. If you find yourself hungry along the way, fret not – these snickelways are nothing short of cafes and soup kitchens.

Step back into Roman York with a display of its social centre. Occupied by an inn since 1783, refurbishments to its pub in 1930 uncovered a bathhouse used by the Roman military. Dating from the 4th century, original tiles and seals from the 6th and 9th Roman legions were found. Weapons and armour complete the showcase today. A frigidarium (cold bath) and hypocaust system which kept the room warm are a few of many interesting features of the bathhouse which originally spanned a large section of the York fortress.

You can spend hours at York Minister – it is equally intriguing both inside and out. This also happens to be where you come to see the stars. In 1955, as a tribute for 18000 men who fought in World War II, an Astronomical Clock was built in the north transept. Unveiled by Prince Phillip 11 years after it was conceived, this Clock was repaired after a being damaged by a fire in 1984. Based on the pilot’s perspective of the sky whilst flying over York, the Clock was designed by Dr R.E. Atkinson of the Royal Greenwich Observatory. The roll of honour, illustrated with aircrafts of international allies, lies before the clock. The Pole Star and the Great Bear – northern stars which neither rise nor set, can be viewed from the Astral Dial, and the horizon can be viewed from the Zodiacal Dial.

What makes York’s National Railway Museum different from other railway museums? Aside from the jaw-dropping engines exhibited, it is home to a bullion box with a bag of lead shot that was part of the First Great Train Robbery. £12000 of gold bullion (roughly £2.5 million today) was replaced by lead shot on the London-to-Dover night-mail service on May 15, 1855. A pair of railway workers and two friends were only revealed to be the culprits when one of their lovers turned them in to the detectives.

One of the four main medieval gateways to the walled city is Bootham Bar. Guarded by three statues overhead – a mayor, a knight, and a mason, it was constructed in the 1300s with an archway from the 11th century. Following long-standing discord with their Northern neighbours, a doorknocker for Scots was built in 1501. It was even lawful (except on Sundays) to kill a Scotsmen in York using archery! Similar to the city’s other Bars, traitors’ heads were displayed, not unlike those in (almost) every episode of Game of Thrones.

The city’s records, from 1155, can be found in York’s Archives. Housed in the main central library, centuries of York’s stories are at your fingertips. Yes, they are as precious as you think – the records are kept in a regulated environment in a golden room. History was not always this accessible, however. Initially in the main art gallery, appointments had to be made and archivists were in-charge of finding the particular record you were after.

Duttons for Buttons is a family-run haberdasher most fall in love with. Built in 1956, their branch in York is the historic home to over 12000 designs of buttons and other embroidery materials. With an expanding collection of exotic buttons from around the globe, their buttons have been featured in blockbuster film franchises such as Pirates of the Caribbean, and their staff are experts consulted by Hollywood designers.

The names Robert Fairfax or Black Tom Fairfax might ring a bell, but it is Charles Gregory whom Fairfax House was named after. Part of a tragic family history, the most charming Georgian townhouse in York had been restored in the 1980s, and is now open to the public in all its splendour. The first wife of the 9th Viscount Fairfax of Emley was lost to smallpox, while the second had only one child out of nine who made it into adulthood. This house was Charles Gregory’s gift for his surviving daughter. Today, it showcases a fine private collection of 18th century furniture.

Save for its reopening after a two-million-dollar restoration by a television presenter, the Bar Convent was low-profile for most of its history. Mary Ward, heroine of the Catholic resistance, founded this convent in the late 17th century. Sisters of the Bar risked their lives in operating the convent and school during threatening periods of anti-Catholic sentiments. Rebuilt in the mid-18th century, the chapel’s dome was hidden behind the pitched slate roof. A multipurpose place today, the Bar Convent holds interactive exhibitions for you to enact the times of secrecy – hide in a priest hole with the voices of your persecutors overhead.

“Stop all the clocks, cut off the telephone,
Prevent the dog from barking with a juicy bone,
Silence the pianos and with muffled drum
Bring out the coffin, let the mourners come.

Let aeroplanes circle moaning overhead
Scribbling on the sky the message ‘He is Dead’.
Put crepe bows round the white necks of the public doves,
Let the traffic policemen wear black cotton gloves.

He was my North, my South, my East and West,
My working week and my Sunday rest,
My noon, my midnight, my talk, my song;
I thought that love would last forever: I was wrong.

The stars are not wanted now; put out every one,
Pack up the moon and dismantle the sun,
Pour away the ocean and sweep up the wood;
For nothing now can ever come to any good.”

Funeral Blues is arguably Wystan Hugh Auden’s most famous poem. Visit the birthplace of a celebrated poet, critic, and playwright – a magnificent three-storey townhouse from the 1840s. Featured on walking tours of York’s literary festival, literature fans are sure to be delighted!

A city with as rich a history as York is nothing short of haunted tales. For those in search of the supernatural, Treasurer’s House spooky story is sure to satisfy.

Envisage this: it is 1953. You are a teenage plumber, an apprentice sent to cellar of a house in the shadow of the Minister. It is just another day at work… when a Roman soldier materializes from the wall before you! What’s more, this soldier towering before you is only visible from his knee-up! Face to face with this medieval ghost clad in armour, a cart horse and 20 other soldiers follow suit. And the worst part? All you could do is take a couple of weeks off work because telling everyone what you had just witnessed would make you the object of ridicule. This was Harry Martindale’s chilling experience, only revealed in the 1970s. Formerly home to the Minister’s treasurer, archbishops, and a wealthy industrialist, the house and its garden today belongs to the National Trust.

With locales as colourful as their inhabitants, York England is a city more enchanting than any fiction. This is just a preview of the fantastical offerings of the adventure that awaits.

The following links to our previous articles may also be of interest: 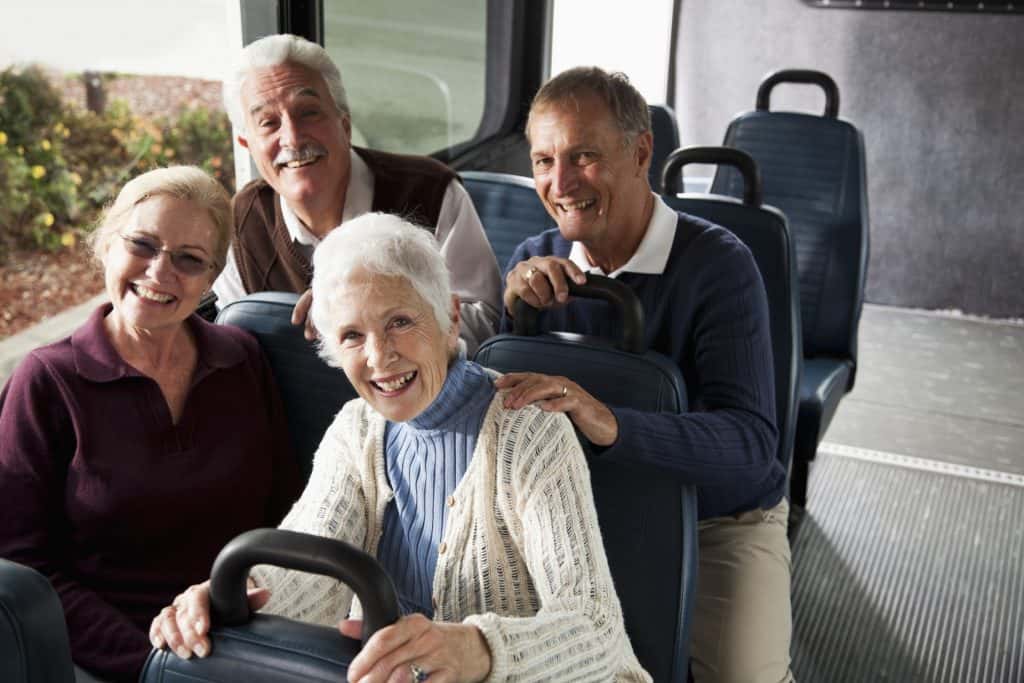