Touring World Heritage Sites in Europe, Asia, and Beyond

Touring World Heritage Sites in Europe, Asia, and Beyond

You’ll often discover, when travelling, that some of the most spectacular and amazing sites you visit are listed on the World Heritage Site. But what exactly does it mean for an archaeological site or monument to be designated as being worthy of World Heritage recognition and protection?

The History of World Heritage

The World Heritage committee is a division of UNESCO (The United Nations Educational, Scientific, and Cultural Organisation), which is, of course, an Agency of the United Nations.

The origin of World Heritage can be traced back to 1954. The Egyptian government was planning to build the new Aswan High Dam, a project that would eventually result in the inundation of an area of the Nile valley containing many ancient Egyptian treasures. In order to ensure that the artefacts would be protected, UNESCO set about organising the recovery, excavation, and recording of hundreds of threatened sites, included the famed temples of Abu Simbel and Philae. The campaign continued until 1980. The formalisation of the World Heritage committee as a body that protects both cultures and the environment took place during this period, in 1975.

As of November 2019, there are 1,121 listed World Heritage sites, the countries with the most being Italy and China with 55 each. (Australia has 20!)

If a site is considered to be under threat that require a response, a location may be added to the List of World Heritage in Danger. Each site is reviewed annually to determine the state of any threat, and the World Heritage committee can take this opportunity to request protective measures or remove the property form the list.

Today, the mission of UNESCO’s World Heritage agency is to identify, protect, and preserve “cultural and natural heritage around the world considered to be of outstanding value to humanity.”

What Makes a World Heritage Site

When the World Heritage Committee declares a site to be world-heritage-listed, it means it must adhere to at least one of 10 criteria. The criteria are frequently updated to reflect the changing concept of World Heritage.

The criteria are listed on the UNESCO website, and are as follows:

To represent a masterpiece of human creative genius.

To exhibit an important interchange of human values, over a span of time or within a cultural area of the world, on developments in architecture or technology, monumental arts, town-planning or landscape design.

To bear a unique or at least exceptional testimony to a cultural tradition or to a civilization which is living or which has disappeared.

To be an outstanding example of a type of building, architectural or technological ensemble or landscape which illustrates (a) significant stage(s) in human history.

To be an outstanding example of a traditional human settlement, land-use, or sea-use which is representative of a culture (or cultures), or human interaction with the environment especially when it has become vulnerable under the impact of irreversible change.

To be directly or tangibly associated with events or living traditions, with ideas, or with beliefs, with artistic and literary works of outstanding universal significance. (The Committee considers that this criterion should preferably be used in conjunction with other criteria).

To be outstanding examples representing major stages of earth’s history, including the record of life, significant on-going geological processes in the development of landforms, or significant geomorphic or physiographic features.

to be outstanding examples representing significant on-going ecological and biological processes in the evolution and development of terrestrial, fresh water, coastal and marine ecosystems and communities of plants and animals;

to contain the most important and significant natural habitats for in-situ conservation of biological diversity, including those containing threatened species of outstanding universal

Once a location has been officially declared to be a World Heritage site, the World Heritage Committee, in collaboration with others, seeks out and implements solutions in situations where a site is under threat of damage or deterioration. For example, in 1995, the Giza Pyramids were threatened by a highway project. UNESCO negotiated with the Egyptian government and developed alternative solutions which were able to save the pyramids from damage.

Every World Heritage site is listed on the UNESCO website. If you give the heritage list a visit, you’ll find it’s an excellent resource to discover why a location has been included on the list. They even specify which particular criteria the site met, and how it fulfilled them.

Odyssey Traveller’s many tours visit a number of world heritage sites, some popular, others off the beaten track, but all very much worth the visit and experience

Odyssey’s Tour of Iran – Persepolis, The Golestan Palace, and more!

The Odyssey tour of Iran includes numerous visits to World Heritage sites, of which Iran has an incredible selection.

Among the most spectacular is Persepolis. Persepolis was built on an immense half-artificial, half-natural terrace covering 125,000 square metres. The fortified citadel has both ceremonial and administrative buildings. It once dominated a sprawling residential complex of palaces on the plain below. Today, it’s a vast array of magnificent ruins conveying the splendour of Achaemenid Persia. Embraced protectively on the east by a rugged chain of hills, it stands on a platform approachable only from the west by a monumental stairway lined with a jigsaw of colossal stone blocks.

We also visit the Golestan Palace, located in the centre of Tehran. Both the interior and facades of this compound, which had its most striking features added in the nineteenth century, are spectacular. While it is distinctly Persian, the architecture is also influenced by European styles, forging a modern aesthetic that is representative of an especially productive time in Iranian history.

During Odyssey’s tour of Iceland, we spend some time visiting Thingvellir National Park. This World Heritage-listed site is both geographically and culturally significant. Around 40km northeast of Reykjavik, the site is to be found in a valley with high cliffs that happened to be the place where Iceland’s annual parliamentary meeting was held from 930AD to 1798.

Odyssey’s Tour of Jordan – The City of Petra

Humans lived in Petra since prehistoric times, the city is home to a labyrinth of extraordinary tomb and temple architecture, cut from rock. It is now an archaeological and tourist site, the Bedouin occupants being forcibly resettled before the UNESCO designation process took place. Due to its storied history, Petra is host to a vast array of cultural influences, including remnants of Neolithic and Iron Age settlements, Byzantine remains, and Hellenistic-style rock-cut tombs. It also shows evidence of multiple feats of engineering, especially the extensive water-distribution system. It is one of the world’s most beautiful and impressive archaeological sites.

On Odyssey’s Dutch Tulip Tour, we enjoy a guided tour of the Amsterdam Canal District. Designed at the end of the 16th century, and build in the 17th century it is right in the heart of the great city, is a testament to human engineering. UNESCO refers to the district as “a masterpiece of hydraulic engineering, town planning, and a rational programme of construction and bourgeois architecture.”

The canals take the form of concentric arcs, lined with houses, many of them those that were first constructed in the 17th and 18th centuries.

As we now know, many of the world’s most important historical sites are under threat. Unfortunately, the destruction of ancient artefacts, architecture and religious iconography is nothing new. Among the most notorious historical examples are Nazi book burning, vandals sacking Rome, and Mongol campaigns into Egypt almost wiping out centuries of precious antiquities. Today, the threats are as diverse as climate change and real estate development. Recently, UNESCO began organising campaigns to protect some of the most threatened world heritage sites, teaming with partners as diverse as armed forces, national governments and Time magazine.

The best way to help preserve the famous sites of our human heritage is to visit them. Odyssey Traveller organises small escorted group tours to most of the sites on this list.

Click through to read more of our articles about World Heritage Sites: 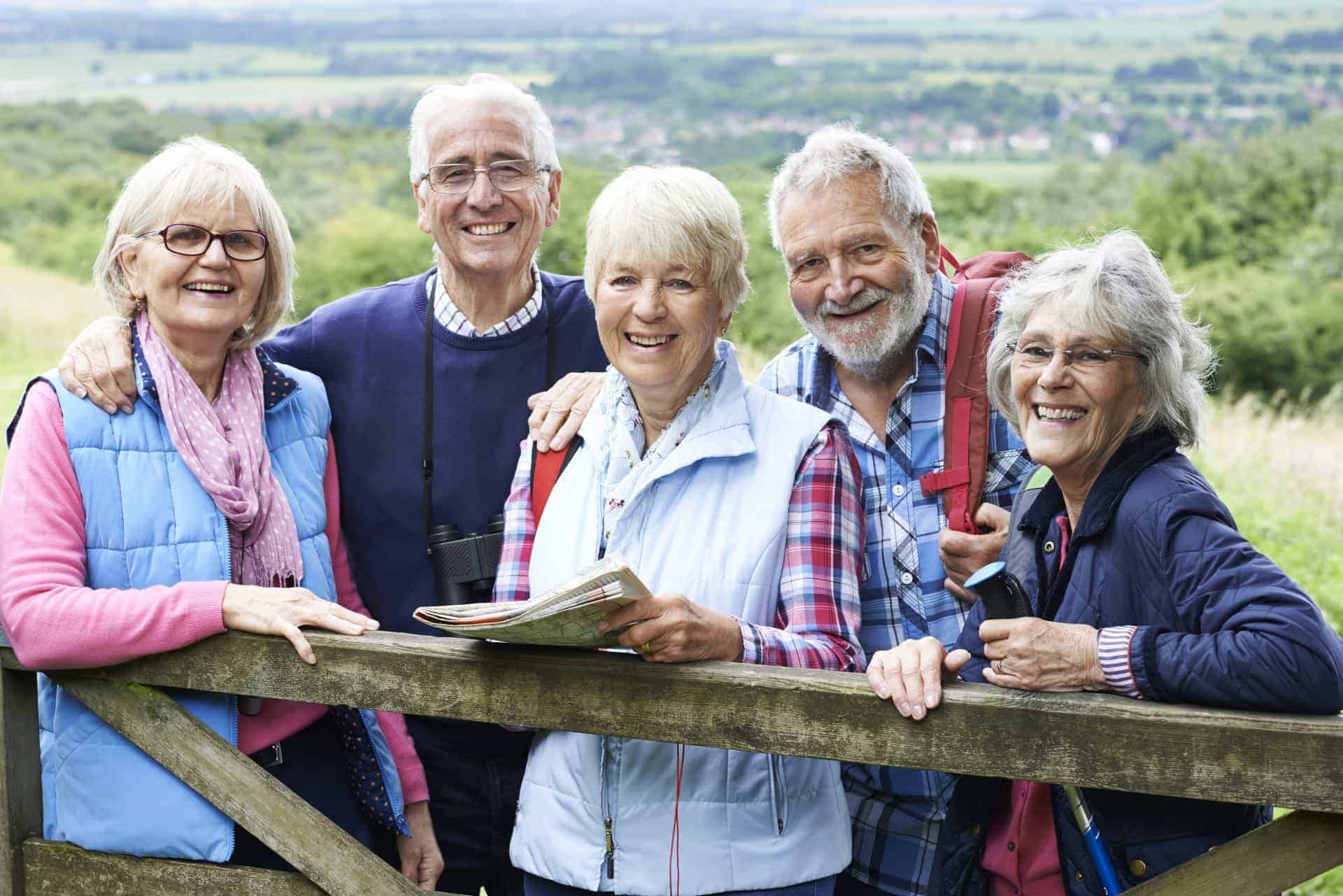