Eggenberg Palace, also known as Schloss Eggenberg, is an elegant Baroque palace located on the edge of the city of Graz in the Austrian province of Styria. Graz is around two and half hours from Vienna. Sitting above the city at an elevation of 381 metres surrounded by extensive ornate gardens and an expansive park, the palace complex is considered an Austrian cultural treasure. It was designated a UNESCO World Heritage Site, alongside the city’s historic centre, in 2010.

The History of Eggenberg Palace

While Eggenberg Palace is considered to be a 17th century Baroque palace, its history dates back further than that. In 1460, Balthasar Eggenberger, a financier to Holy Roman Emperor Frederick III, bought a property on the outskirts of Graz and transformed into a noble estate in the family name, constructing a residence and small Gothic chapel. This chapel would become the nucleus of the the palace we see today built by Eggenberger’s great-grandson, Hans Ulrich von Eggenberg.

Hans Ulrich von Eggenberg was of simple parentage but as a lifelong confidant of Emperor Ferdinand II, he succeeded in becoming one of the most influential Catholic princes in the Holy Roman Empire. Eggenberg was a close friend of Archduke Ferdinand and helped him to become elected Ferdinand II, Holy Roman Emperor of the German Nation in 1619. With Ferdinand II’s ascension, Eggenberg was made President of the Privy Council and Lord Chamberlain. It was said that he effectively acted in the capacity of a prime minister and that Ferdinand II did not make any political decisions without consulting his friend. In 1623, Eggenberg received a promotion to a position of princely rank and in 1625, he was appointed Governor of Inner Austria. In 1628 he was named Duke of Krumau.

Once appointed governor, Eggenberg wanted a residence that suitably reflected his power and rank. For this reason, he decided to convert the medieval family castle into a far more palatial estate. He commissioned court architect Giovanni Pietro de Pomis to help bring his vision of a new residence to life. Eggenberg was inspired by El Escorial in Spain, the historical residence of the King of Spain but astronomy, astrology and alchemy were also major parts of his education that he wanted to be reflected in his home. What is unique and fascinating about Eggenberg Palace is how the Gregorian calendar has been used as architectural inspiration to demonstrate Eggenberg’s belief in the cosmos as a well-organized, hierarchical, logico-mathematically explicable system. The palace has 365 exterior windows to represent each day of the the year. On the second floor there are 24 opulent state rooms, for each hour of the day, and together these rooms have 52 windows, demonstrating the weeks of the year. Every floor in the building has 31 rooms, which is maximum number of days in a month. Pietro de Pomis oversaw the construction until his death in 1631 and the shell of the building was completed around 1635 or 1636. Sadly, Eggenberg died in 1634 of severe gout and never saw the palace completed. 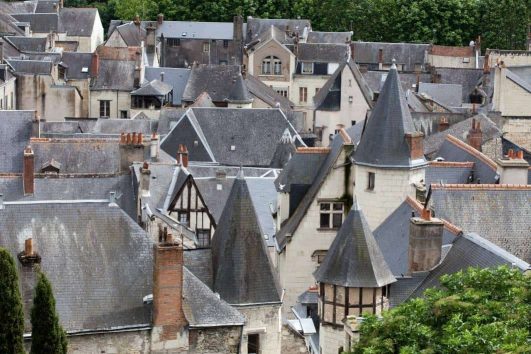 The Loire Valley is the largest of all the UNESCO World Heritage sites. This small group walking tour daily itineraries cross a multitude of historic towns and villages providing authentic experiences for couples and single travellers to enjoy. A small single supplement applies to solo travelers. 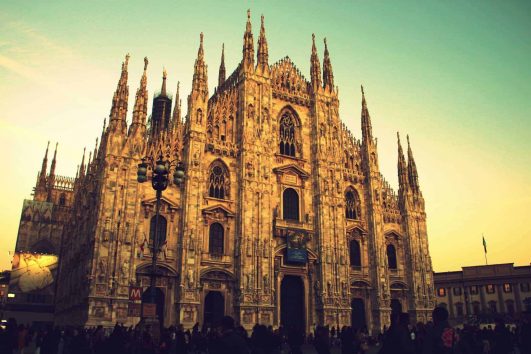