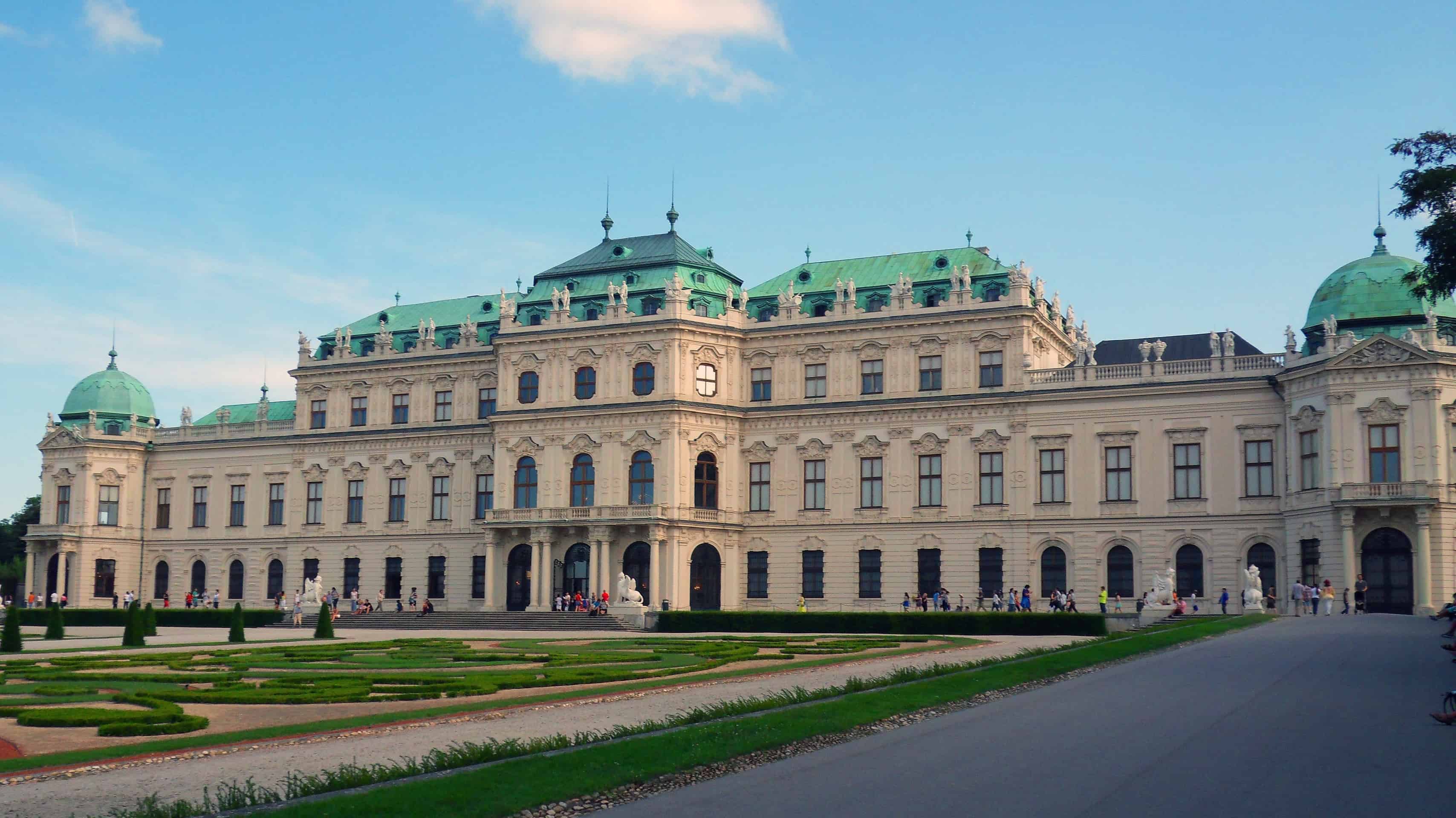 Belvedere Palace (Schloss Belvedere) is a masterpiece of Baroque architecture and as much as piece of art as the impressive works housed in its interior. The large complex actually features two palaces (Upper and Lower) and beautiful grounds. Originally built as a summer residence for Prince Eugene of Savoy, the galleries of the Upper Belvedere focus on Austrian art from medieval times to present day, emphasising Austrian culture and history while the Lower Belvedere hosts temporary exhibitions. The grounds also feature the Orangery, Palace Stables which have been converted into a medieval art exhibition and magnificent gardens. The famous historical palace complex is a UNESCO World Heritage Site and a short drive from the centre of Vienna.

The History of Belvedere Palace

In 1697, Prince Eugene of Savoy, one of the most successful military commanders of his time, purchased a plot of land south of the Rennweg, the main road from Vienna to Hungary. He commissioned the renowned Baroque architect Johann Lukas von Hildebrandt to build a magnificent summer residence and landscaped garden. Hildebrandt had previously built another palace for Prince Eugune, Savoy Castle in Rackeve, Hungary. Construction began in 1712 and the Baroque park is planned by French garden architect Dominique Girad, who worked at Versailles. Various celebrated artists are commissioned to pain frescos, altarpieces and ceilings within the palaces. The Upper Belvedere was completed in 1723.

Prince Eugene died in 176. He never married, had no children and did not leave a legally binding will. The Holy Roman Emperor Charles VI named the prince’s niece Victoria as the heir, though Eugene had never met her. Victoria moved into the complex, then named the Gartenpalais in July of that year and auctioned off many of the prince’s possessions, such as his art and books. Eight years later, she moved to her home city of Turin, leaving Vienna for good, and in 1752, Empress Maria Theresa acquired the estate. At first, the buildings at the Belvedere were left unused and the Empress lived in other imperial palaces but in 1770 a masked ball was staged there to celebrate the marriage of Maria Theresa’s daughter, Maria Antoinette, to the French dauphin, Louis XVI. 16,000 guests were invited to the lavish celebrations. A few years later, in 1776, Maria Theresa and her son Emperor Joseph II, decided to move the Imperial Picture Gallery to the Upper Belvedere and transform it into an exhibition venue with a spectacular collection of paintings. The gallery was officially opened to the public in 1781 and, with this, became one of the first public museums in the world. At the time, the Lower Belvedere was mainly used to house royal family members fleeing the French Revolution, including the daughter of Marie Antoinette and Louis XVI, Princess Marie Therese Charlotte.

The Upper Belvedere was used as a museum in this way for over a century until 1891 when the imperial collections were relocated to the newly built Kunsthistorisches Museum (Museum of Art History). In 1896, under Emperor Franz Joseph, the Upper Belvedere became a residence once again, given to the heir to the throne, Franz Ferdinand. Ferdinand remodelled the palace with the help of architect Emil von Förster. The Lower Belvedere became a museum dedicated to modern art known as the Modern Gallery and featured work by Vincent Van Gogh and Claude Monet. In 1908, Gustav Klimt’s Art Nouveau icon, The Kiss (Lovers), was acquired by the Modern Gallery. 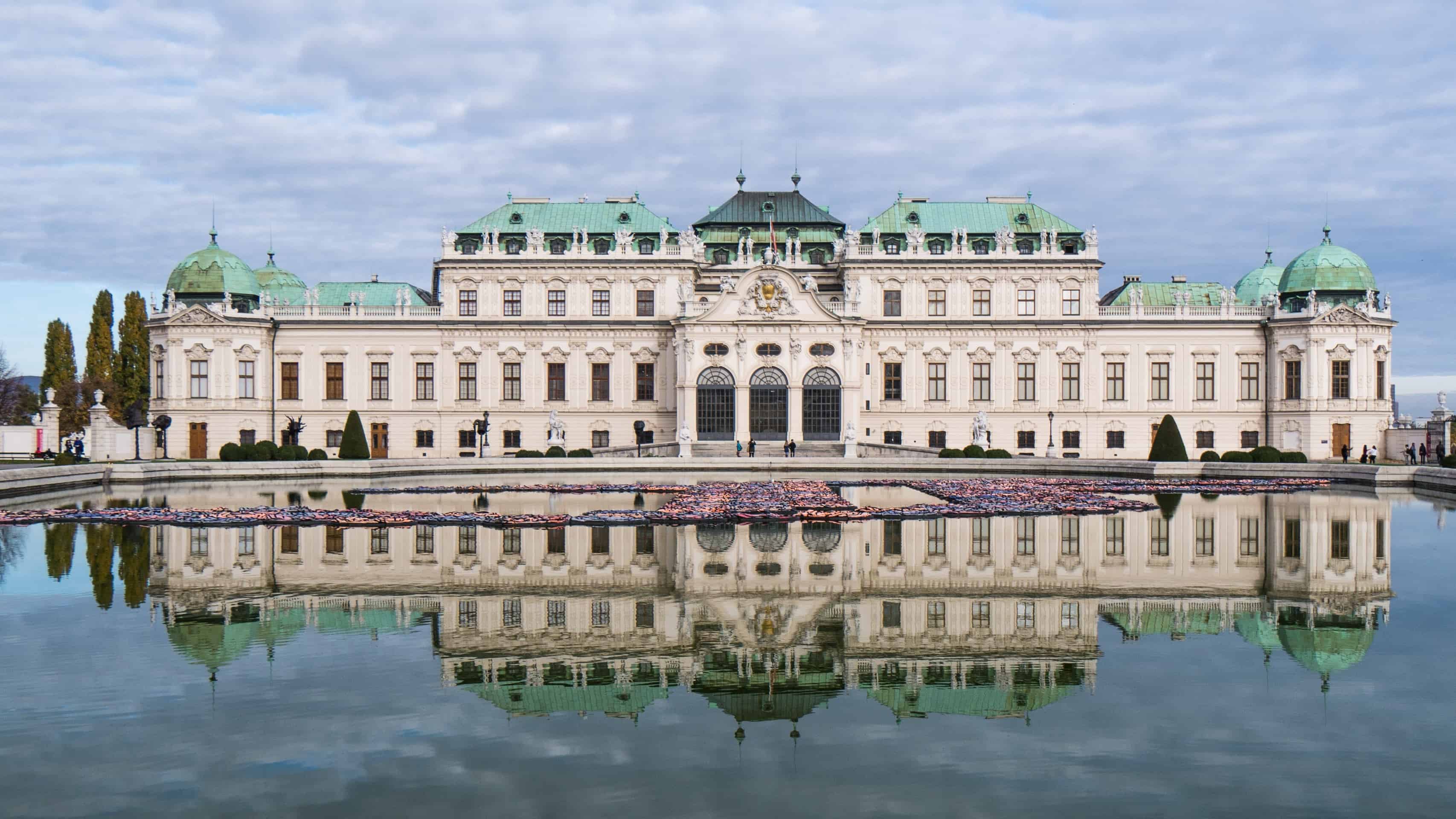 After Ferdinand’s assassination and the end of World War I, the palace was acquired by the state and both palaces became home to state museums. The palace was badly damaged in World War II, with parts of the Marble Hall in the Upper Belvedere and parts of the Hall of Grotesques in the Lower Belvedere destroyed by bombs. It also became clear that there were close connections between the museum administration, led by director Bruno Grimschitz, and the Nazi authorities. This was evidenced by the considerable acquisition budget for ‘native German art’ and the closure of the Modern Gallery. Although many efforts were made to recover lost works, some  important pieces were never found. Others, however, such as Klimt’s Adele Bloch-Bauer I have been located and returned to their rightful owners. Restoration work was carried out on the galleries from 1945 and completed in 1953.

Today, the Upper Belvedere is the most visited art museum in Austria and features the world’s largest collection of Gustav Klimt paintings including The Kiss and Judith. You can also see masterpieces by Egon Schiele, Oskar Kokoschka, Monet and van Gogh. It is open daily and visits are only possible with a time-slot ticket with a fixed entrance time. The Lower Belvedere hosts temporary art shows and as such is occasionally closed for preparations of special exhibitions. Belvedere 21 is a museum of contemporary art built on the grounds that opened in 1962. The museum is used for performative installations, film presentations, concerts and talks with artists, and offers a platform for the local art scene.

Each of these areas, the Upper Belvedere, the Lower Belvedere and Belvedere 21 are only eight minutes walk from one another. Between the Upper and Lower Belvederes you will find the palace gardens. Unlike the galleries, entrance to the gardens is free of charge. You’ll find classical statues and three levels of flower beds separated by two large cascades. You can enter the gardens on the north side of the palace complex.

If seeing the wonderful art housed at the Belvedere, as well as the Baroque palaces themselves, appeals to you, please take a look at our Habsburg Art and Music tour. On this tour, we not only visit Belvedere but we enjoy lectures about the art shown there and other Viennese highlights. It is a unique, educational experience to explore a world-renowned art gallery in such a way. 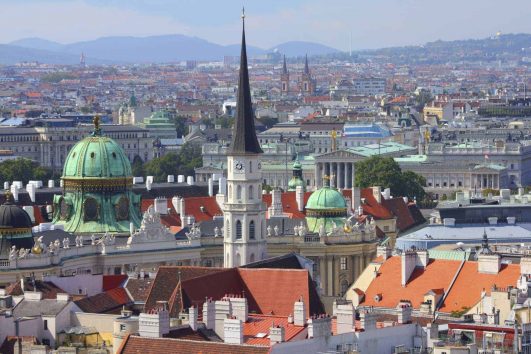 Travellers on this small group tour will have the chance to gain a deeper appreciation and understanding of Beethoven’s life and music. Beginning in the city of Bonn, where Beethoven was born, we visit the city precincts and buildings where Beethoven’s unique artistic sensibility was formed. In Vienna, we explore many of the concert halls and churches where his work was performed. In each city visited we attend performances of his work.