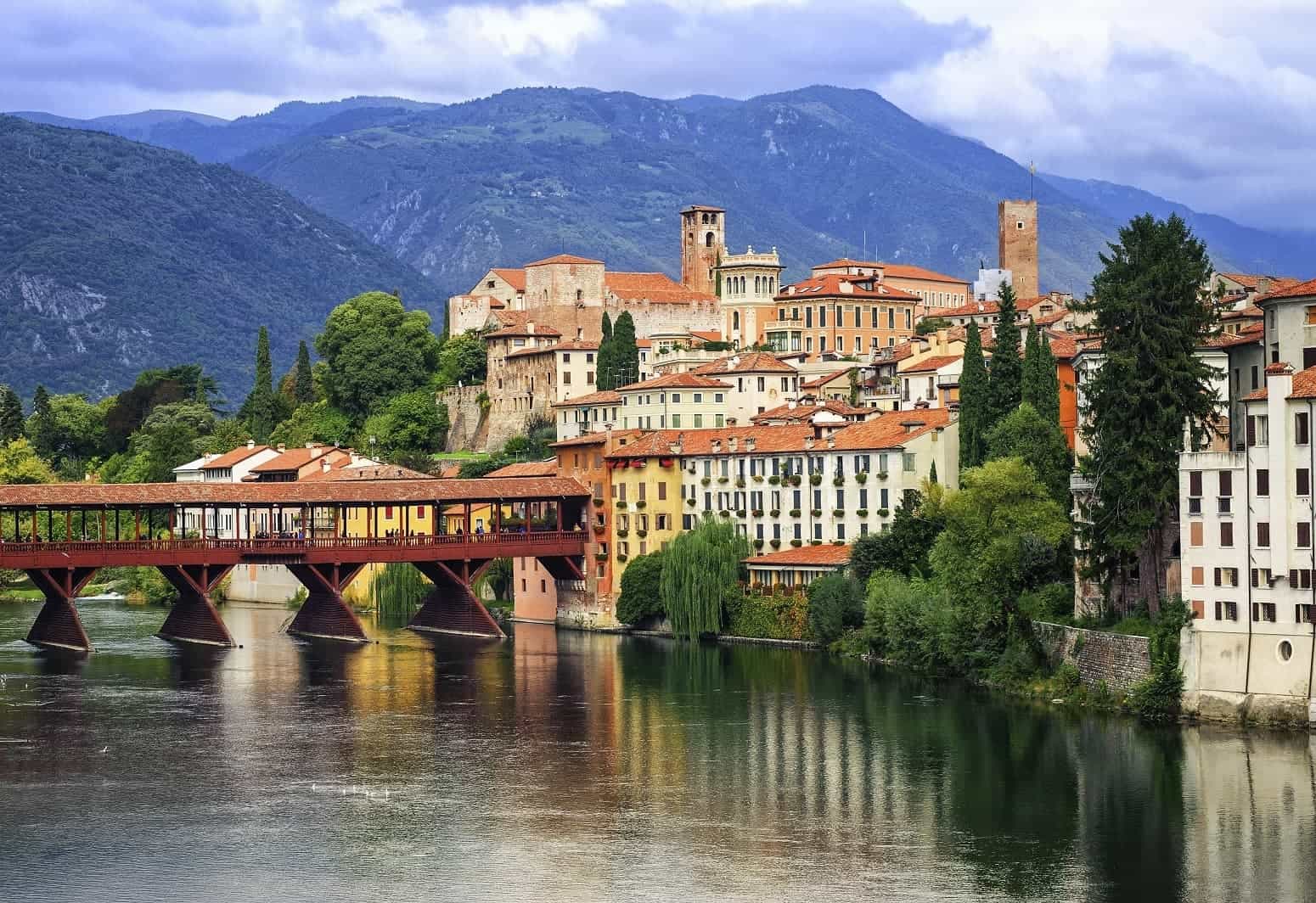 Italy is one of the world’s great tourist destinations. This Trip planning advice for mature travellers going to Italy should assist you with your journey.

With a magnificent landscape, a deep history, fabulous architecture, and world-renowned cuisine, few nations can compete with the variety and quality of attractions on offer. This guide is for Mature Travellers going to Italy or anyone planning a holiday to Italy – whatever the holiday package, whatever your budget -and provides tips and advice regarding how to make the most of your vacation.

To see all of Odyssey’s tours that travel to Italy, click here!

This Mature Travellers going to Italy guide is part of a collection of published articles designed to introduce the reader to touring in Europe. This link takes you a blog that provides information about small group tours. If you would like to see our travel tips in preparing for a small group tours for mature travellers, please visit this link. For further information about the Italy, please visit its official tourism website.

Although we know ancient Rome as the heart of one of history’s most significant empires, it began as a small village founded around the 8th century BC. However, if you don’t believe the history books, you may subscribe to the myth that it was founded by twin brothers Romulus and Remus, who were raised by a wolf, in 753 BC. The city’s name comes from Romulus, who is said to have killed his brother in a fight over the city’s location.

From Sicily in the south to the country’s north, Roman ruins still dot the landscape. In Rome, you can’t miss the Colosseum, The Forum, and The Aqueducts, but getting off the beaten path, you’ll find there’s plenty more on offer. Just exploring the streets of Rome, you’re bound to encounter plenty of ancient architecture. Many of Italy’s cities Beyond the capital, in Taormina, Sicily, there is a Roman Theatre from which, if the weather is fine, you can see Mount Etna. Pompeii is of course magnificently preserved. And visiting Hadrian’s Villa, near Tivoli, you can see the ruins of what was once the emperor’s retreat from city life.

In the 15th century, Northern Italy was a collection of independent city states, governed by strong dynastic families. The patronage for the arts offered by families such as the Medicis allowed for the cultural flourishing of the renaissance, which we have to thank for many of the cultural artefacts which make Italy such a marvellous tourist destination.

As in all countries, Italy has a number of dining-related customs that are best known about in advance if you want to enjoy eating and drinking like a local.

Traditionally, Italians enjoy a small breakfast, a single-dish lunch, and a single-dish dinner. Breakfast is often simply a pastry and a cappuccino; drinking a cappuccino later in the day, rather than an espresso, is seen as strange. In smaller towns, shops often close down for around an hour for lunch, which is regarded as the most important meal of the day. Dinner is generally eaten after 8pm.

Italian cuisine is not necessarily the fare we have come to expect from the Italian restaurants that have proliferated throughout the world. Within Italy, there is an enormous amount of regional variety. Contrary to popular belief, pasta and tomato sauce only represent portion of the Italian diet. There are potato and rice-based meals, roasts, and vegetables and seafood, with plenty of cross influences throughout the country.

Different prices for standing and sitting down

When eating in Italian bars in city centres, you will likely be charged significantly more if you are seated outside instead of standing at the bar, or ordering takeaway. This is due to establishments being taxed heavily for placing seating outside. Often, when ordering drinks or coffee, you order at the cash register, then take your receipt to the barman or barista who will serve you. Tips of a euro or two are generally appreciated.

If you are in a large group ordering pastas, try to order order the same kind (say, spaghetti or penne), as the pasta itself is often cooked fresh, meaning ordering a variety of pastas can slow down service and frustrate the kitchen.

A visit to Italy is not complete without a tour of a vineyard. Italy is the world’s top producer of wine, and includes a variety of wonderful wine-producing regions that are worth a visit. Tuscany, in central Italy, in particular is known for its wine, most notably Chianti. The so-called ‘Chianti zone’ produces over eight million cases a year. Taking a wine tour can lead you to some of the most beautiful places in Italy.

If you spend some time researching regional wines before a visit, so you get the most out of your wine choice, depending on where you’re visiting. Often, wine prices are quite reasonable, and not marked up excessively. Also, it is unusual to buy wine by the glass; it will generally a served in a carafe of one quarter, a half, or a litre. Also, remember that the house wine (vino della casa) is often a safe choice, and is perhaps even the restaurant’s own product. 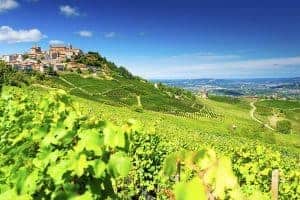 Entering and Touring Italy: Do You Need a Visa?

As part of the Trip planning advice for Mature Travellers going to Italy you need to consider if you need a visa. Italy is part of the Schengen Area, a group of European countries which allow free movement across borders. As an Australian, if you are spending less than a total of 90 days within a 180 period in the Schengen Area, you are not required to apply to a visa for countries that are part of the convention. Please note, due to the nature of these things, this information may be out of date. Please check for the latest information from the Italian government.

Once in Italy, you can get around by train, bus, or car. The Italian rail system has a number of different train types:

Generally, Eurostar Italia and TBiz offer the best experience, and have far newer train cars than other options. It is always wise to book tickets in advance, as ticket lines at stations are often very long.

There is no better country in the world for those who love renaissance art and artefacts from the ancient world. With many world-class museums, galleries, and monuments, it’s impossible to see everything, so make sure to do some research and have a list of what you want to see before you begin your tour.

Dante Alighieri’s Divine Comedy is considered among the greatest works of literature produced in Europe throughout the middle ages, and this is just one of the many prominent literary figures that have impacted the country’s history. From Caravaggio and Titian, to da Vinci, Michelangelo, and Bernini, Italy has produced many of history’s greatest artists.

In Florence, the Uffizi gallery is one of the world’s finest, including works by Michelangelo, da Vinci, and Botticelli. Also in Florence, visit the Accademia Gallery to see Michelangelo’s David, along with many other magnificent works of Italian art. In Rome, make sure you don’t miss the Galleria Borghese, housed in a gorgeous villa, and containing some of the country’s most impressive art and sculpture.

Italy is a strongly religious nation, with Roman Catholicism being, of course, by far the largest religion in the country, despite Catholicism no longer being officially the state religion. Nearly 90% of Italians identify as Catholic. Rome itself has over 900 churches and, of course, contains Vatican City, which maintains status as a separate state. 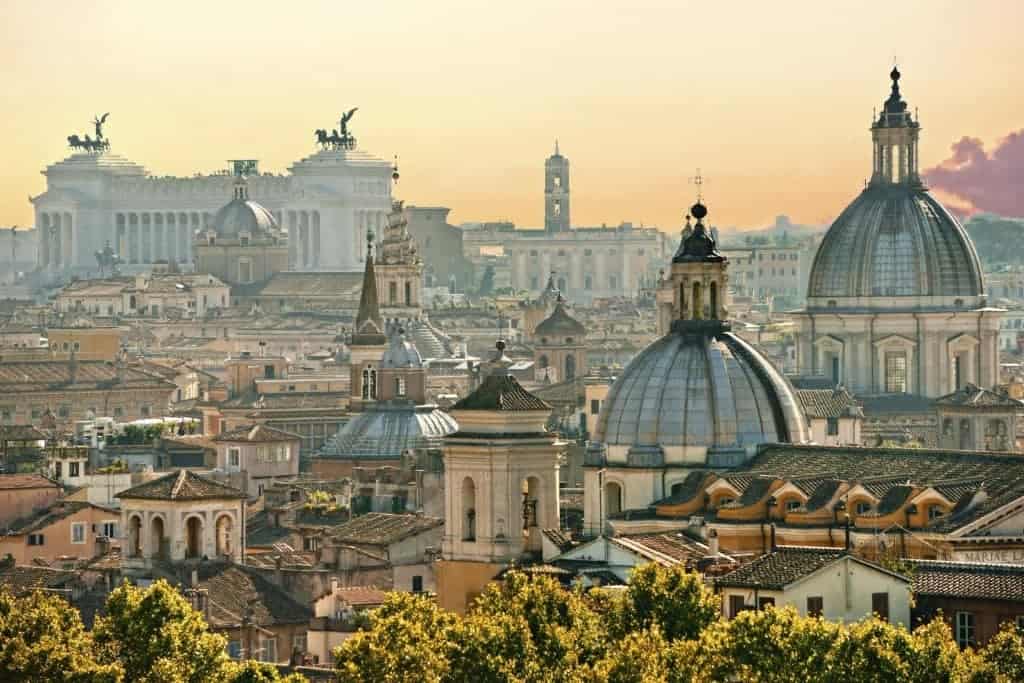 Preparing for the Italian Climate, from Northern Italy to Southern Italy

Italy has a highly diverse climate, so make sure you’re prepared for the particular regions you’re visiting. Across the country there are cold winters and humid summers. In inland northern and central Italy, can be subtropical, while Southern Italy has a generally Mediterranean climate. Because of this variability, make sure to check the weather forecast for wherever you are travelling.

Italy is a wonderful place for almost any kind of shopping trip. In almost every city, town, and village you’ll find plenty of places to buy food, clothing, books, and art. If you’re interested in fashion, Milan is the place to go. The Via Montenapoleone is the home of luxury fashion accessories, but there are also plenty of less prominent areas where you can discover high-class shopping. Italy is also known for its extremely high quality of furniture and homewares design. In most cities, you can either explore antique furniture stores to your heart’s content. Or discover the latest innovations in design and functionality.

If books are your thing, look out for Mondadori, a significant publishing house, and Hoepli, and Rizzoli, which are among the country’s biggest bookstores. In 2006, Turin was named the World Book Capital.

For art-buying, the most notable cities are Florence, Rome, and Venice. Although Venice is best known for the craft of creating Murano glassworks, beautiful glassware is available throughout Italy.

Odyssey Travel offers a wide range of tour packages for the mature traveller, those in a couples or travelling solo. We are also able to fit a range of budgets. As well as providing a variety of activity levels to suit members of the small group tour.

We offer both speciality tour packages focusing on art and culture. As well as broader tours of Italy that allow you to explore various regions.

Enjoy the Northern Italy Lakes and Landscapes Small Group Tour over 22 days. This tour begins in Milan, before heading north to see the Garda and Maggiore lakes. The program allows for leisurely tours of the region’s natural beauty.

Discover the enormous influence of Italy’s cultural history on the Italian Renaissance Small Group Tour. This tour focuses on five cities which were at the heart of the renaissance, each governed by a renaissance dynasty. The cities are Florence, Urbino, Ferrara, Mantua, and Milan.

If you’re a lover of art, the Small Group Tour Following Caravaggio traces the great painter, exploring the artistic works he left behind and the stunning life he led. Beginning in Milan and ending in Rome. This tour takes in eight cities, and tours some 38 locations in order to bring Caravaggio to life.

Want to see even more of Europe? The Italian and French Gardens Small Group Tour is a 25 day tour built around visiting the extraordinary gardens of Italy and France. In Italy, we begin in Rome before heading to Radda in Chianti and Cannobio. Then to France, where we visit Nice and tours before ending in Paris.

If you want to absorb as much Italian culture as possible, try out the Heritage Italy Small Group Tour, which focuses on the best of the Italian countryside and includes Assisi, Florence, Padua, and Rome.

To read other blogs that are similar in style or content to the Mature Travellers guide to Italy please visit the website. Alternatively please register to receive a complimentary copy Odyssey’s newsletter.