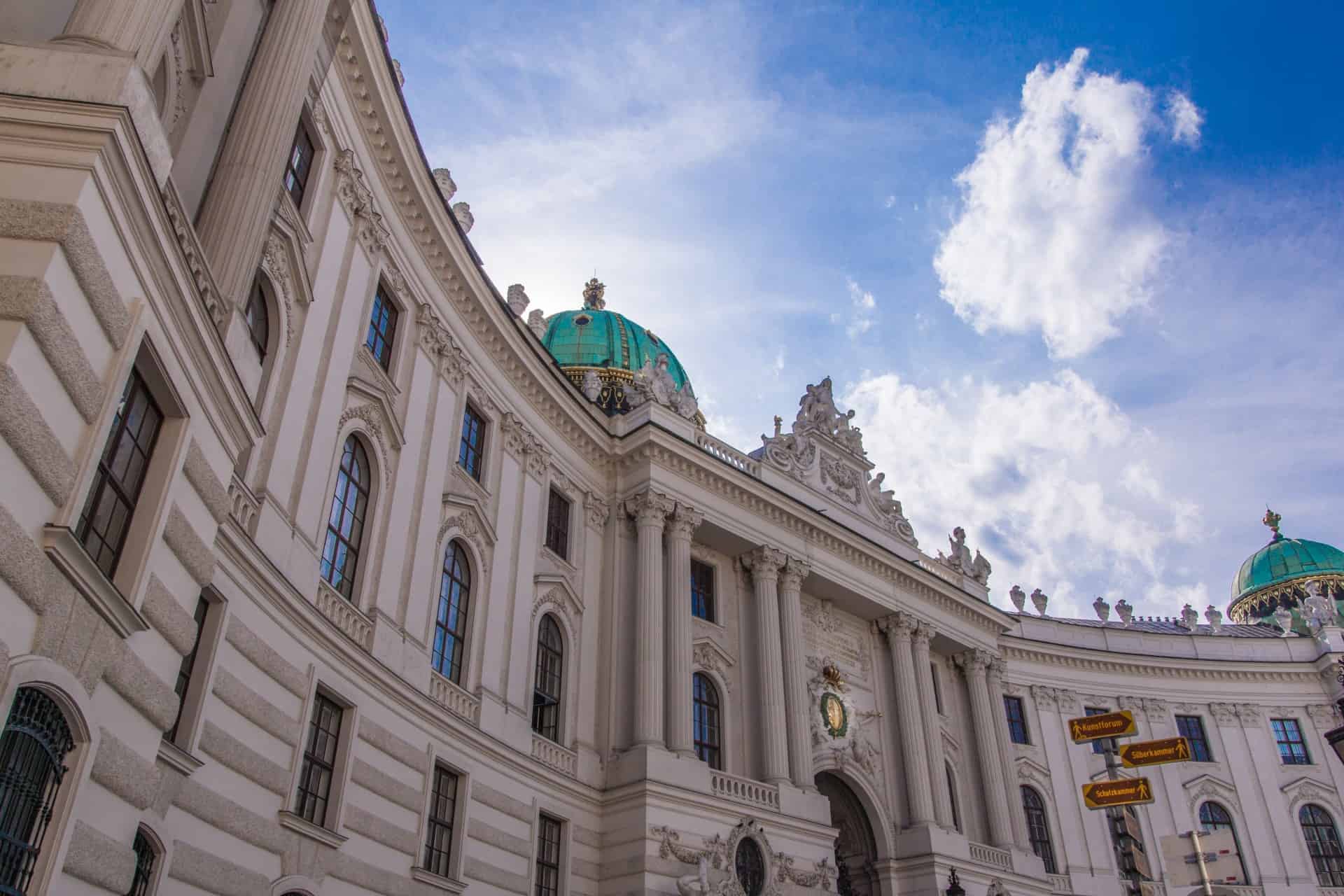 Questions about Austria for senior travellers on a small group tour.

Odyssey Traveller specialises in crafting unforgettable experiences for senior and mature-aged travellers on escorted small group tours as a couple or solo traveller. Providing adventure and educational programs to small groups since 1983. Odyssey has built up a reasonable knowledge bank to answer questions about Austria that travellers are likely to ask, as they make their plans to tour independently, or with us as part of a small group tour. We hope that this list of frequently asked questions and the answers we provide will help you with planning your next holiday.

Read on, but please do not hesitate to contact us via the website, or through email or chat if you have more questions about Austria or our other tours.

Where is Austria located?

Austria is a landlocked country in south-central Europe, sharing borders with (from north to west) Germany, the Czech Republic, Slovakia, Hungary, Slovenia and Italy, and Switzerland and Liechtenstein.

It also shares a complex history with many of these countries. Beginning in the 13th century, Austria has long been identified with the Habsburg dynasty, a powerful European family which ruled as Holy Roman Emperors from 1438 until their extinction in the male line in 1740. In 1556, the German branch of the royal house of Habsburg split from the “senior” Spanish branch (which would end with Charles II in 1700, to be replaced by the House of Bourbon), and ruled from their capital in Vienna, Austria.

On June 28, 1914, Gavrilo Princip, a member of an organisation (Young Bosnia) seeking an end to Austro-Hungarian rule in Bosnia and Herzegovina, assassinated Archduke Franz Ferdinand of Austria and his wife, Duchess Sophie. The archduke was heir presumptive to the Austro-Hungarian throne, and his death started a series of events that led to the First World War.

The war ended with the defeat of the Central Powers, to which Austro-Hungary was allied, and the House of Habsburg and the Austrian-Hungarian union was dismantled.

Austria is a German speaking country. German is the country’s official language, though many Austrians are also well-versed in Bavarian, a German dialect, and its many sub-dialects. English is also widely spoken, particularly in Vienna.

What is Austria famous for?

Austria is famous for the compelling history of the Habsburg family and the Austro-Hungarian Empire. The Habsburgs transformed Vienna into a centre of European music, art and architecture by financing extravagant theatrical performances, and becoming patrons of renowned artists. A number of the Habsburgs themselves created music as composers, and provided substantial funding even during periods when state finances could no longer support it. Two of the prominent artists they supported were Mozart and Beethoven. (Read more about it here.)

The Vienna Boys Choir is a beloved institution. In 1498, Maximilian I wrote in an Imperial Decree his instructions to add boys to the choir of the court chapel (Hofkapelle) of the Hofburg Palace in Vienna, the imperial capital. This established a tradition of a boys choir singing in the Sunday masses in the Hofkapelle, a tradition that continues today with the world-famous Vienna Boys Choir.

Austria is also famous for its natural beauty, its landscape dominated by the snow-tipped Alps, surrounded by valleys and beautiful alpine lakes. Only about a quarter of this mountainous country is considered low-lying. 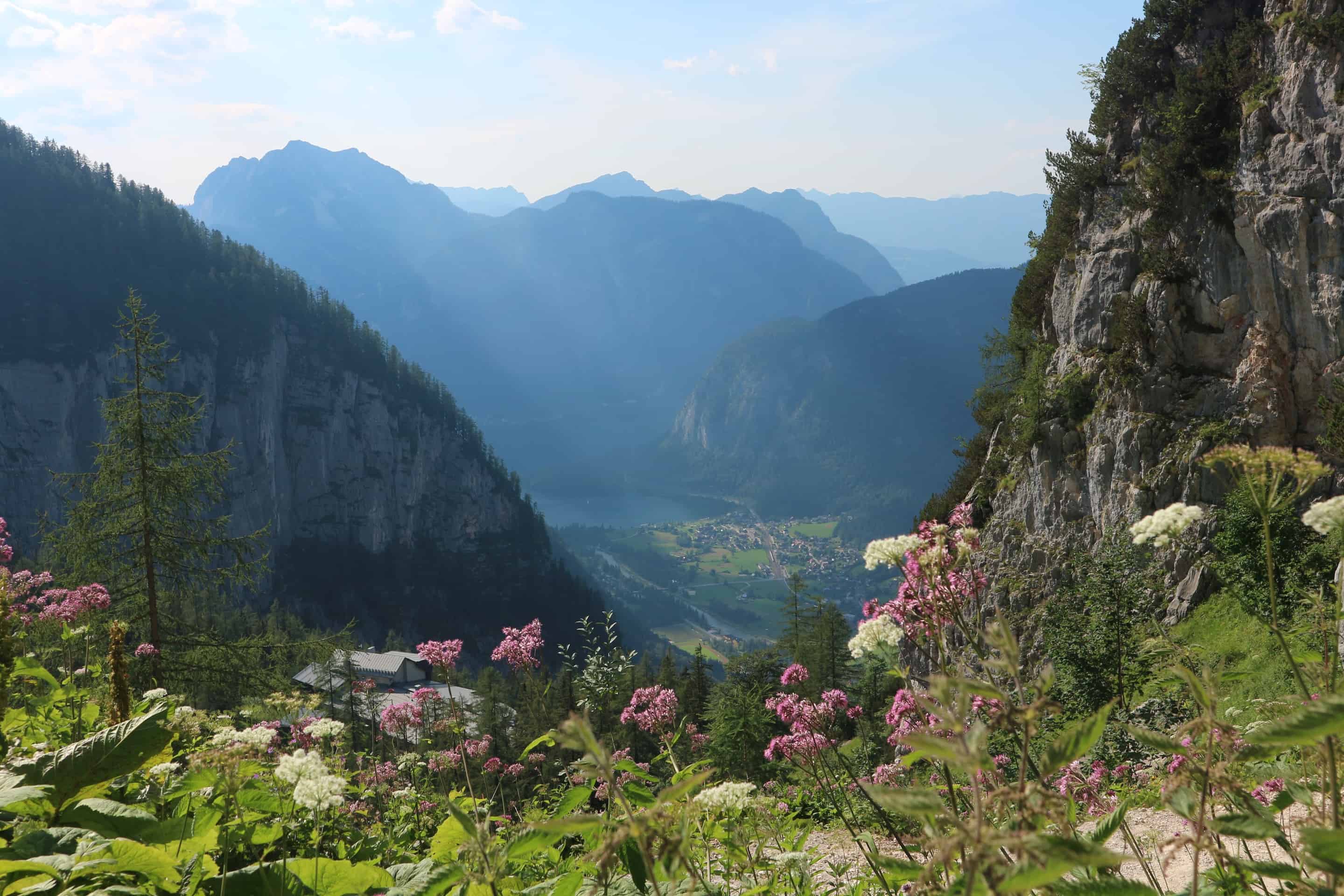 Is Austria safe for travel?

Austria is safe for travel; the Australian government’s advice is simply to exercise normal safety precautions. Beware of petty crime (such as pick-pocketing) in areas popular with tourists, and make sure to monitor local weather as avalanches and flash floods can occur in alpine areas.

Do you need a visa for Austria?

Whether or not you need a visa to enter Austria will depend on your citizenship. As visa rules frequently change, make sure to check with your tour operator or the nearest Austrian embassy or consulate to verify the details prior to your departure.

Please note however that the EU has recently announced a system for its border entry process to the Schengen Zone. The system is called European Travel Information and Authorisation System or ETIAS. Currently, citizens of 61 nations, including Australia, New Zealand, and Canada, are permitted to enter the EU without a visa for up to 90 days of business or travel. The proposed changes will require that these citizens apply for entry authorisation before arrival to the Schengen zone. Click through to our article on ETIAS to learn more.

Austrian cuisine is influenced by Central Europe and often associated with the cuisine of the capital, Vienna, though there are regional variations.

Wiener schnitzel, probably originating from northern Italy, is the nation’s most famous culinary export, with each region having their own version on this ubiquitous Austrian dish. This is a traditional dish made with boneless meat thinned with a mallet, coated with flour, egg, and breadcrumbs, and deep fried. Another well known dish is tafelspitz, a dish of boiled beef, served with a mix of minced apples and horseradish.

If you’re in the mood for something sweeter, there is no shortage of mouth-watering deserts, including kaiserschmarrn (“emperor’s mess”, shredded pancake) and sachertorte (Viennese chocolate cake with apricot jam).

Tradition says the world’s first coffee house was founded in Vienna in the 17th century, and coffee remains an integral part of Austrian social life. A 2014 survey shows that 92% of Austrians drink coffee. Coffee houses in Austria serve dozens of coffee variations, so you have to be specific.

Beer is popularly consumed throughout the country, while schnapps (distilled fruit brandy) may be served at the end of a meal.

Austria has a well-developed public transport network. In Vienna, the Wiener Linien operates 127 bus lines, 29 tram lines, and five underground lines. Twenty-four of the bus lines are night lines which operate from 12:30 AM to 5 AM. A single ticket costs EUR 2.40 but is slightly more expensive if you buy the ticket on board the tram.

What is the currency in Austria?

Austria now uses the Euro, but from 1925 to 1938, and 1945 to 1999, the country used the Schilling. The Schilling banknotes and coins remained in circulation until 2002, while Austria made the transition to the euro. They are no longer legal tender, but if you still have them, they are redeemable at certain banks at a fixed rate.

When is the best time to visit Austria?

Summer attracts the greatest number of tourists in Austria, peaking from July to August, but here at Odyssey Traveller we try to travel during the “shoulder season”, which is between the high- and low-seasons of tourist travel, in order to avoid the crowds whilst still enjoying good weather. Our Habsburg Art and Music Tour, for example, departs in late August.

Where should I travel in Austria?

The alpine scenery of Austria has much to offer. Here are a few of the places we think you should see:

Schonbrunn Palace, also referred to as Schoenbrunn Palace, is Vienna’s most popular attraction and it is not hard to see why. The opulent summer palace of the Habsburgs is a UNESCO World Heritage Site and is considered to be one of the most important cultural, architectural and historical sites in Austria. The palace complex features 1441 rooms (40 of which are open to the public), magnificent gardens, a maze, a palm house, the oldest zoo in Europe and an outdoor swimming pool.

Belvedere Palace (Schloss Belvedere) is a masterpiece of Baroque architecture and as much as piece of art as the impressive works housed in its interior. The large complex actually features two palaces (Upper and Lower) and beautiful grounds. Originally built as a summer residence for Prince Eugene of Savoy, the galleries of the Upper Belvedere focus on Austrian art from medieval times to present day, emphasising Austrian culture and history while the Lower Belvedere hosts temporary exhibitions. The grounds also feature the Orangery, Palace Stables which have been converted into a medieval art exhibition and magnificent gardens. The famous historical palace complex is a UNESCO World Heritage Site and a short drive from the centre of Vienna.

Eggenberg Palace, also known as Schloss Eggenberg, is an elegant Baroque palace located on the edge of the city of Graz in the Austrian province of Styria. Graz is around two and half hours from Vienna. Sitting above the city at an elevation of 381 metres surrounded by extensive ornate gardens and an expansive park, the palace complex is considered an Austrian cultural treasure. It was designated a UNESCO World Heritage Site, alongside the city’s historic centre, in 2010.

Art lovers keen on spending a day (or more) museum-hopping must visit Vienna’s MuseumsQuartier, a complex of bars, restaurants, cafes, and 60 cultural institutions covering 90,000 square metres, built within Austria’s 18th-century imperial stables. Once housing carriage sheds and apartments for royal staff, the MuseumsQuartier was opened in 2001 and is now the beating cultural heart of Vienna. It is open round the clock and entrance to the complex is free.

If you’d like to learn more, do join Odyssey Traveller’s tours to Austria, designed for the mature-aged and senior travellers. 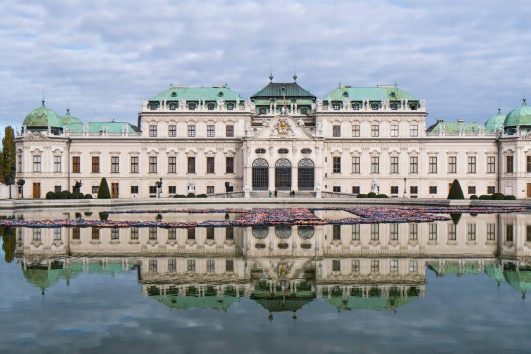 Belvedere Palace (Schloss Belvedere) is a masterpiece of Baroque architecture and as much as piece of art as the impressive works housed in its interior. The large complex actually features two palaces (Upper and Lower)… 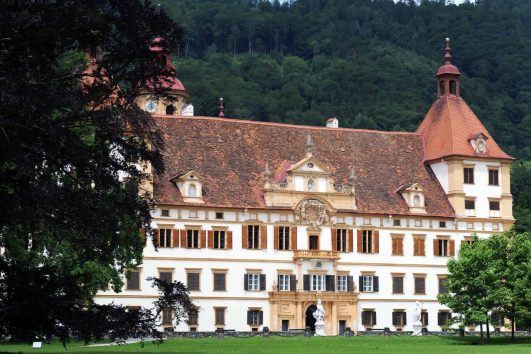 Eggenenberg palace, a world heritage site. This baroque palace is considered to be a national treasure in Austria. 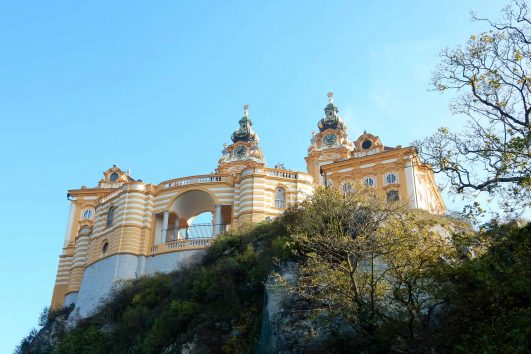 A vivid yellow Baroque jewel, Melk Abbey, or Stift Melk, is the most famous abbey in Austria 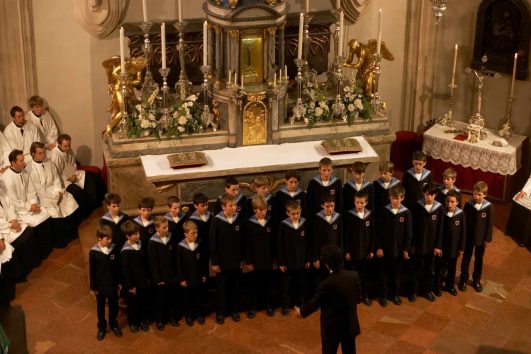 Music and the Austrian Habsburgs: The Definitive Guide 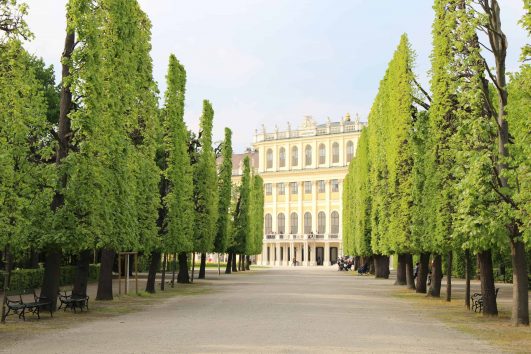 Schonbrunn Palace, also referred to as Schoenbrunn Palace, is Vienna's most popular attraction and it is not hard to see why. The opulent summer palace of the Habsburgs is a UNESCO World Heritage Site and…