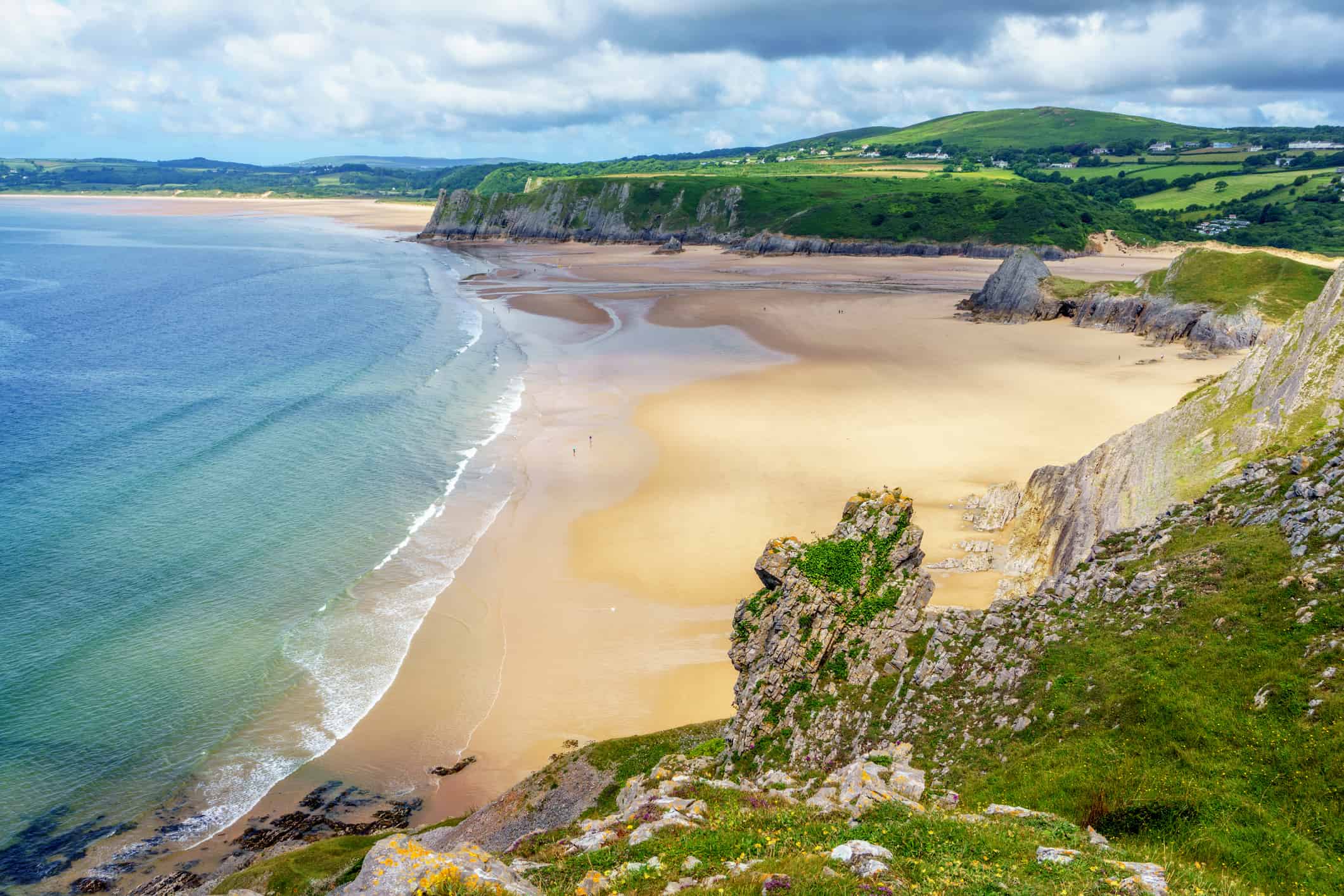 The Millennium Coastal Path in Wales is a pedestrian walkway and bicycle path that cuts through the Millennium Coastal Park, a nature reserve that was once an industrial wasteland. The path forms a section of the Celtic Trail Cycle Route (or National Cycle Network 4) of the National Cycle Network, which runs from London in England to Fishguard in Wales. The journey can be extended to join up with the Swansea Bike Path. For avid walkers, this is a great walk running 22 kilometres from The Llanelli Discovery Centre to a traffic free path in the Pembrey Forest, offering splendid views of the Carmarthenshire coast and scenery.

The Millennium Coastal Path was inaugurated by Queen Elizabeth II at the turn of the new millennium in 2000. It was part of the Millennium Coastal Park, a parkland transformed from around 20 kilometres of industrial wasteland along the Carmarthenshire coastline. Turning the wasteland into a landscaped area cost £35 million, the project funded by several government and non-government entities, including the European Union, the Carmarthenshire Council, the Welsh Assembly.

It proved to be a worthwhile project, attracting families–the path is kid-friendly due to traffic free sections–and tens of thousands of walkers and cyclists. Free parking is also available.

There are plenty to see and do on the path, with excellent viewpoints and shops to fuel you up for the walking or cycling journey.

Start at the Discovery Centre in Llanelli, which provides insight into the park’s industrial past. Llanelli was once the world’s centre of tinplate production, home to the Llanelly Steel Works (later Duport), established in 1898 and which closed its doors in 1981 following nationalisation and changing owners. The old site of the steel company is now the Sandy Water Park, with a tranquil lake giving an opportunity to spot birdlife.

Also within the park is the Ashpit Ponds Nature Reserve, which used to be the site of a network of lagoons for pulverised fuel ash coming from the Carmarthen Bay Power Station. Now it is an important breeding area for wetland birds and a shelter for other bird species. Stop at the Burry Port harbour area with its many cafes and restaurants, and sit down for a great view of the stunning Gower Peninsular, which was designated as the United Kingdom’s first Area of Outstanding Natural Beauty back in 1956. East of the harbour entrance is the Burry Port Beach, mudflats turned into a golden shoreline.

As a coastal forest, Pembrey Forest is a fascinating combination of predominantly Corsican pine forest and sand dunes. You might also stumble upon bunkers, as the area used to be an ordnance factory (a factory that makes military weapons and ammunition). It is home to many wildlife, including several species of butterfly. You can spot flora and fauna, go on a picnic, or head back into the sun. As this forest is by the sea, you’re also never too far from the beach!