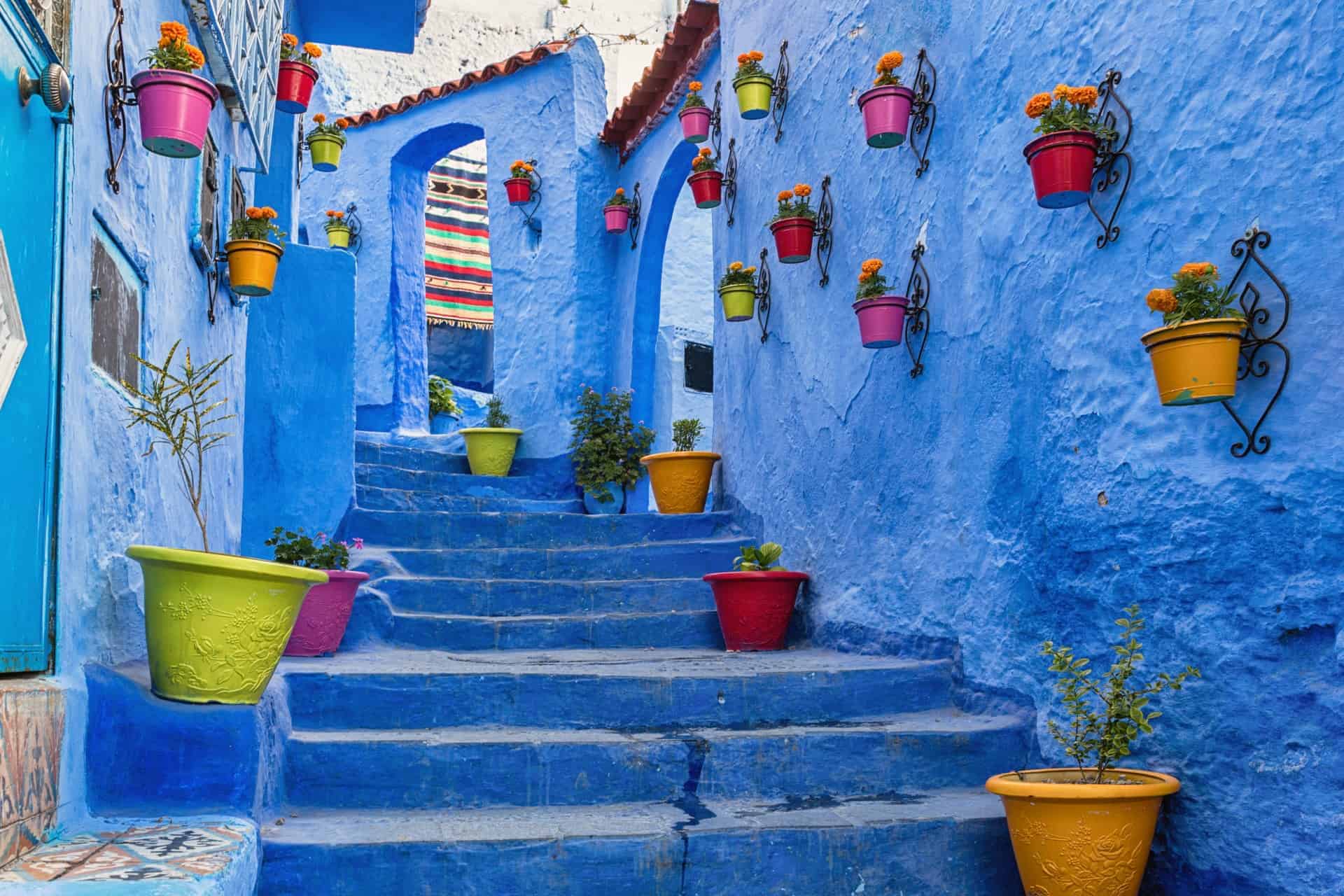 Beautiful and otherworldly Chefchaouen in northwest Morocco, inland from Tangier in the Rif Mountains, is also known as the “blue city” due to its buildings and alleyways painted in shades of blue.

It was originally known as Chaoeun, “peaks” (Chefchaouen means “look at the peaks”), and founded in 1471 as a kasbah (village) by Moulay Ali ibn Rashid al-Alami, a descendant of Idris I, who founded the Idrisid dynasty that ruled Morocco in the 9th and 10th centuries. He founded the city as a base to fight the Portuguese invasions of northern Morocco. 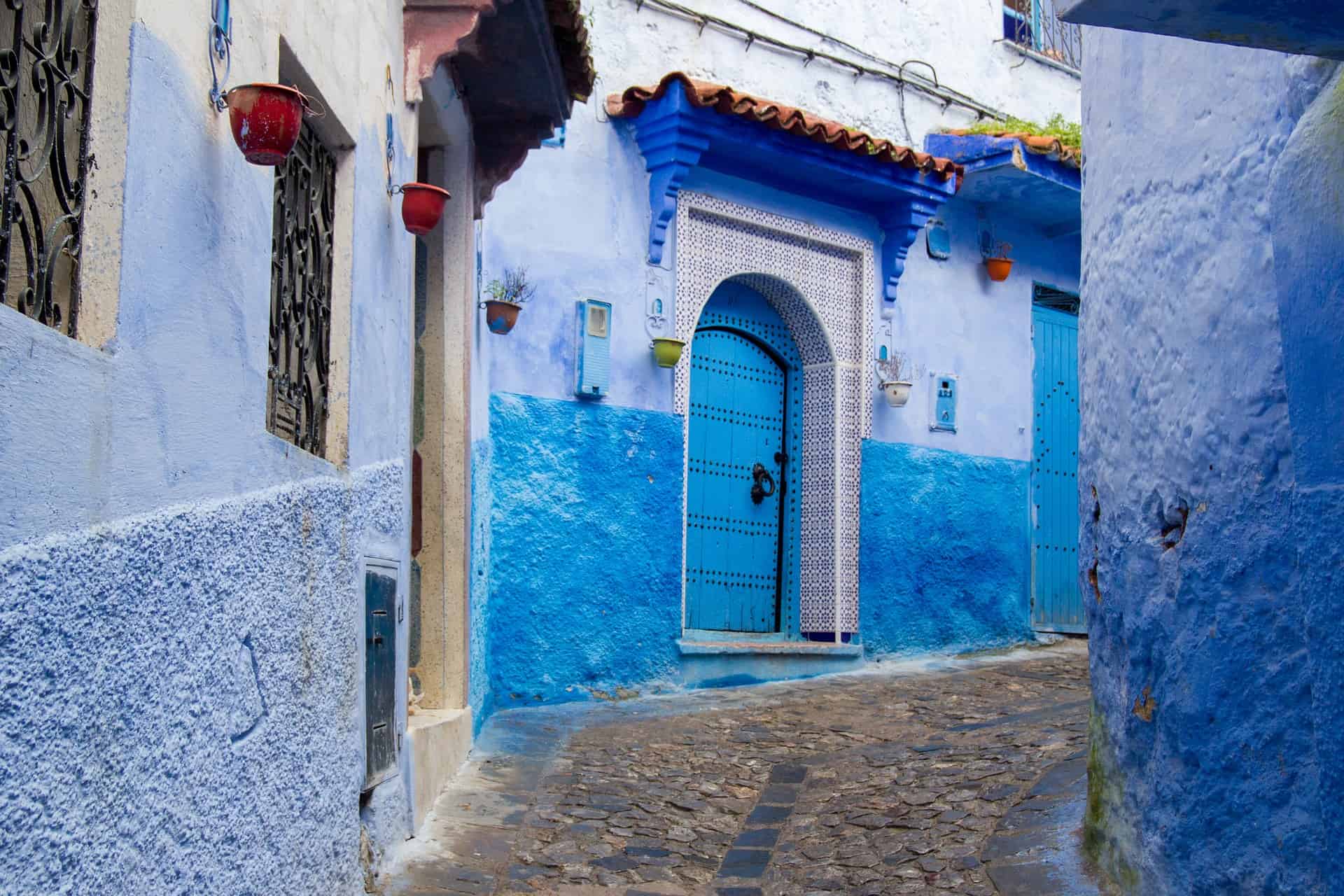 The town expanded as refugees streamed into the area, fleeing the Spanish Inquisition in the late 15th century that forced Muslims and Jews out of Europe. One theory regarding the town’s blue hue was that the Jewish refugees painted their buildings this colour as a reminder of heaven and God. In any case, the refugees brought Andalusian design with them, giving their homes tiled roofs and whitewashed walls.

The town remained isolated, but fell to Spain once again, when Spanish troops seized the city to form part of Spanish Morocco. Spain relinquished control when Morocco gained independence in 1956.

Once a hidden gem due to several years of isolation (in the past, prior to Spanish occupation, Christians were not even allowed to enter), it is now a popular tourist destination, attracting travellers who want to spend a relaxing day or two up in the mountains away from the desert, and take photos of its beautiful cool-hued buildings.

Chefchaouen boasts of modern conveniences, with AirBnb rooms and fancy riads (guesthouses) offering a panoramic view of the beautiful Rif Mountains. Within Chefchaouen itself are “petit taxis” that are reasonably cheap, though new travellers might enjoy a walking tour instead. Go shopping in the souk (traditional Arab market) or walk uphill to the Spanish Mosque, which offers the best view of the gorgeous blue-washed medina basking in the sunlight. You can also go hiking in the nearby mountains, or simply relax in a hammam (bathhouse), especially when the day is cold. Chefchaouen has a traditional bathhouse that dates from the 16th century.

For your tour of Chefchaouen, you can travel by bus or car from Fez, Tangier, or Casablanca through the Atlas Mountains. Tangier’s airport is the closest to Chefchaouen; Tangier to Chefchaouen is about a two-hour drive. However, travelling from the other cities may be too long of a drive for some. For example, Rabat to Chefchaouen is a 5-hour drive, so it may be best to stay at least overnight in the blue city instead of simply zipping through on a brief day tour.