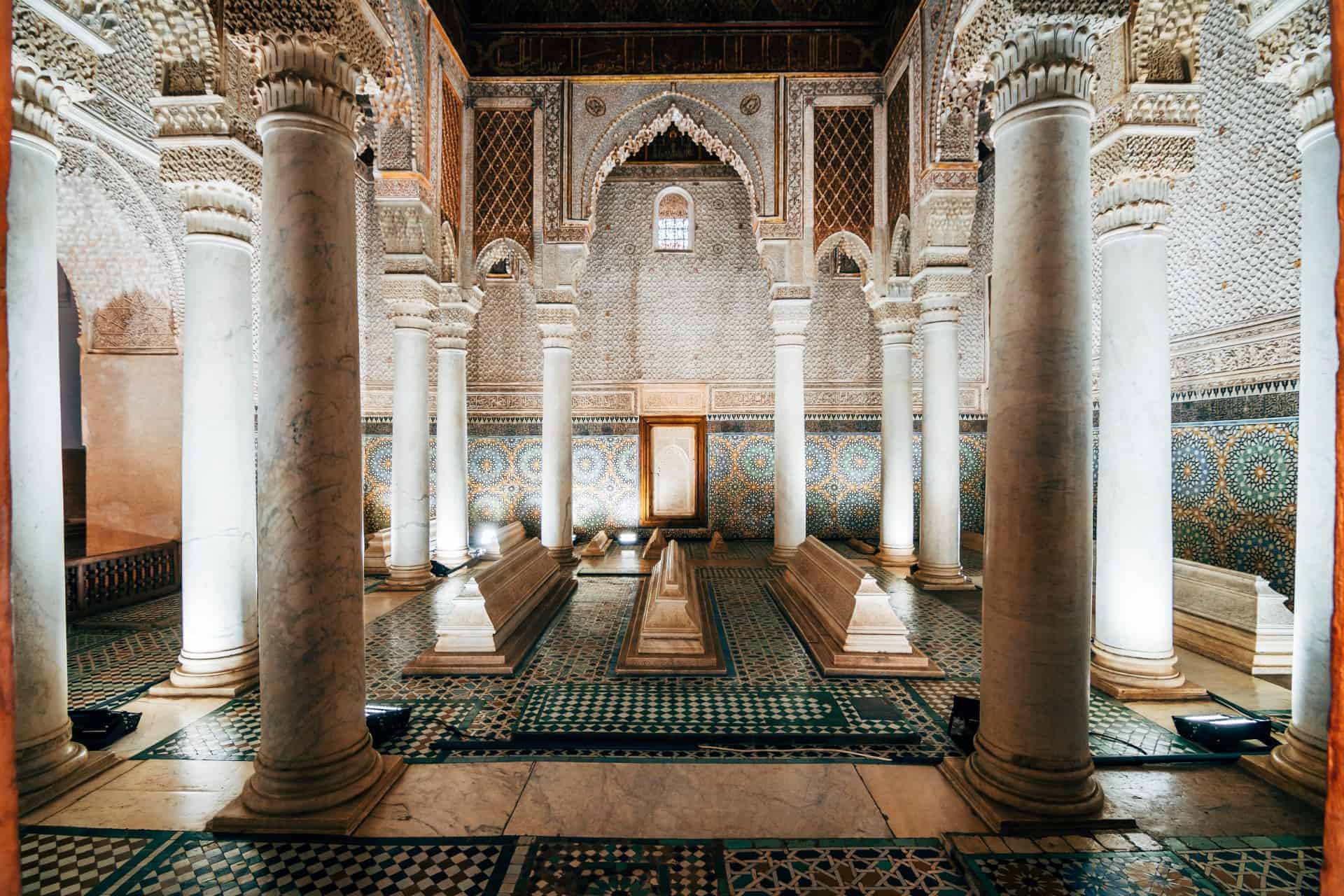 Marrakech (also spelled Marrakesh) was the former imperial capital of the Kingdom of Morocco. This enchanting city is a feast for the senses. From Marrakech’s many rooftop terraces you can glimpse views of the magnificent Atlas Mountains and the spectacular Koutoubia Mosque. Marrakech’s medina quarter is a UNESCO World Heritage Site, a dazzlingly colourful maze of alleyways and shops, the sights and sounds welcoming and enchating travellers. The labyrinthine streets are a living monument to over a thousand years of urban history on the western edge of the Islamic world.

North Africa has been inhabited by the ancient Berbers since the beginning of recorded history. The Almoravids were the first of the powerful series of Berber dynasties that dominated Morocco for nearly 500 years. These tribes originally rose to power south of the Atlas Mountains and expanded their influence northward. The Almoravids fought a number of battles against the Christian kingdoms that helped maintain Islamic control of modern day Spain and Portugal. In 1062, Marrakech was founded by the Almoravid king Yusuf ibn Tashfin. The city’s famous red walls still seen in the medina were built in 1122 using red sandstone, and Marrakech is sometimes called the ‘Red City’ or the ‘Ochre City’. An irrigation system built under the Almoravids’ reign is still used in the present-day city, to water the city’s gardens.In 1147, the Almohad Caliphate, a Berber Muslim movement, overthrew the Almoravids and conquered Marrakech, extending their power all over Northwest Africa and the Iberian peninsula. It was during their reign when the Jemaa el-Fnaa (also spelled Djemaa el-Fna) was built, now considered the busiest square in Africa, along with the Koutoubia Mosque, with its 77-metre minaret.

After a period of decline, it was reestablished as the buzzing capital of the kingdom by the wealthy Saadian sultans, who embellished it with beautiful buildings like the El Badi Palace. The city also became popular with Sufi pilgrims in the 17th century, who travelled to see Morocco’s seven patron saints.

On your visit to Marrakech, load up on delicious Moroccan foods like the hearty tagine, sample exotic African spices, marvel at the incredible silks and pottery and listen to hypnotic North African music. Traditional Arab markets, called souks, are organised into different commodities–spices, silks, antiques, musical instruments, olives–and also have apothecaries which sell herbal remedies. The souks will eventually lead you to Marrakech’s famous plaza, with its snake charmers and fortune-tellers, which has captivated many visitors for thousands of years.