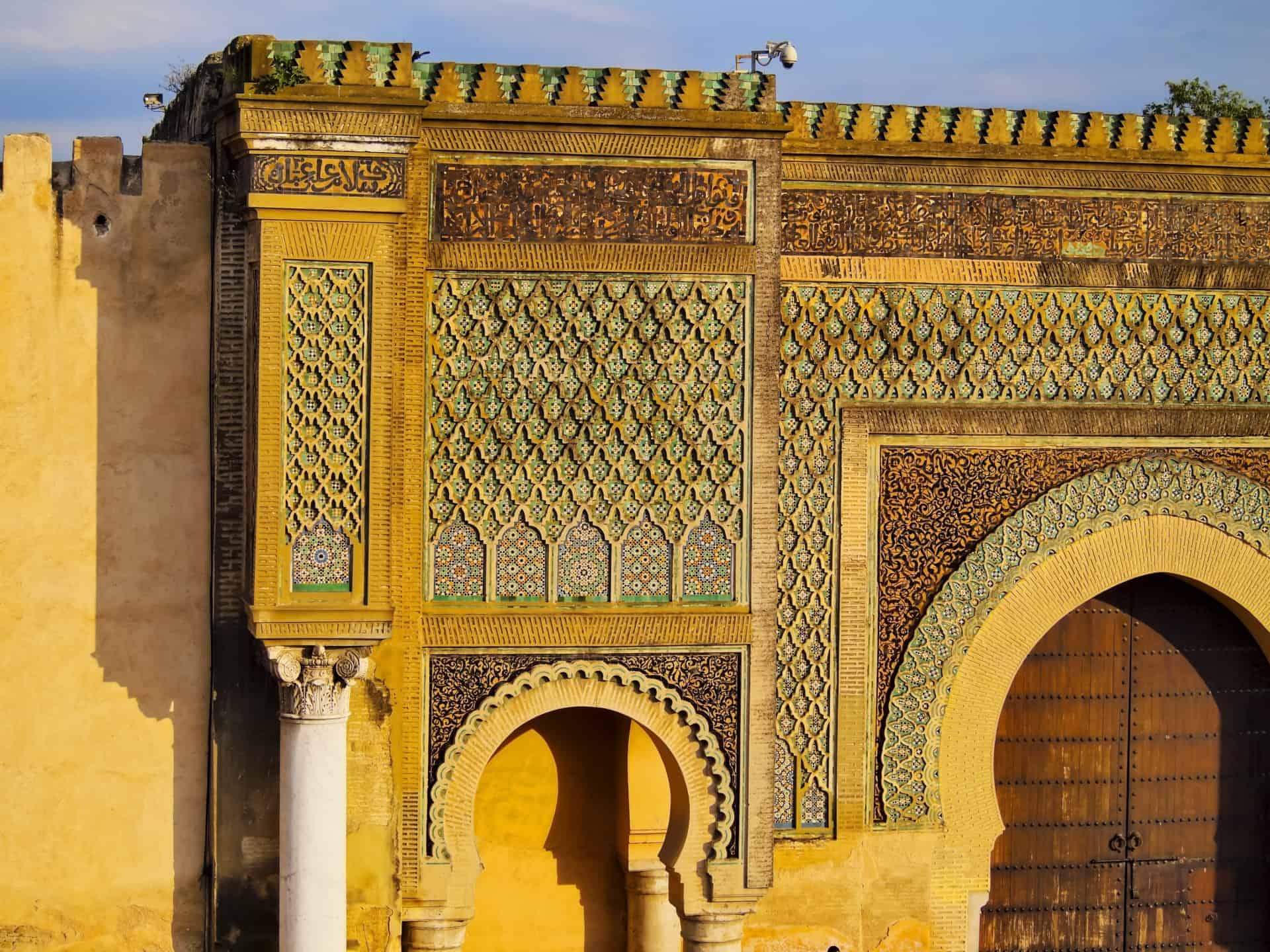 Meknes is one of the four imperial cities of Morocco–namely, Fez, Marrakech (also spelled Marrakesh), Meknes, and Rabat—but receives fewer visitors compared to the other cities, overshadowed by its neighbours. But Meknes, A UNESCO World Heritage Site since 1996, has its own fascinating history and unique sights to offer curious travellers.

The Romans arrived in what is now Morocco in the 4th century BC, and named the area ‘Mauretania’. During this period, the Berbers ruled most of Morocco independently, overshadowing the Roman coastal settlements. Roman military power counted for nought in the rugged mountainous territory. Instead, they managed to maintain control through alliances with the Berber tribes.

In the 3rd century BC, the Romans and Berbers built the ancient city of Volubilis, near modern-day Meknes. This is a must-see destination for travellers to Morocco and stop on a tour of Meknes. (Read more about Volubilis here.)

The present-day site of Meknes, 58 kilometres southwest of Fez, was founded in the 10th century by a Berber tribe, Meknassa Imazighen, who gave their name to the city: Meknassa al-Zaytun, “Meknes of the Olives”, as it was a group of villages or kasbah surrounded by olive groves. This Meknassa kasbah grew around the citadel of the Almoravid dynasty, which they erected in the 11th century. It was also during the Almoravid dynasty’s reign when the Grand Mosque of Meknes was built. The Medersa Bou Inania was a religious school built opposite the Grand Mosque and completed during the reign of the Marinids. It has a counterpart madrasa with the same name in Fez. A visit to the Medersa Bou Inania gives you access to the rooftop, where you can view the minarets of the Grand Mosque.

Moulay Ismail Ibn Sharif, who once served as governor of the Kingdom of Fez, ascended the throne as Sultan of Morocco in 1672 and chose Meknes as his capital. The monuments he built in the city–including the royal palace, Palais Al Mansour, a lavish summer residence–earned Meknes the nickname “Versailles of Morocco”. Palais Al Mansour was once built in the countryside, as most royal summer residences, but is now in the heart of the modern city.

The city declined after his death, and during the French occupation a new quarter was built, separated from the ancient medina by the Bou Fekrane River.

Today, travellers visiting the Sahara Desert and the Merzouga Desert are attracted to the Roman ruins of Volubilis, the religious city of Moulay Idriss, and the monuments of the historic centre of Meknes.

A day trip from Fes to Volubilis will let you experience this ancient imperial city. Meknes is linked by road to Rabat and by rail to Fez, Tangier and Casablanca.