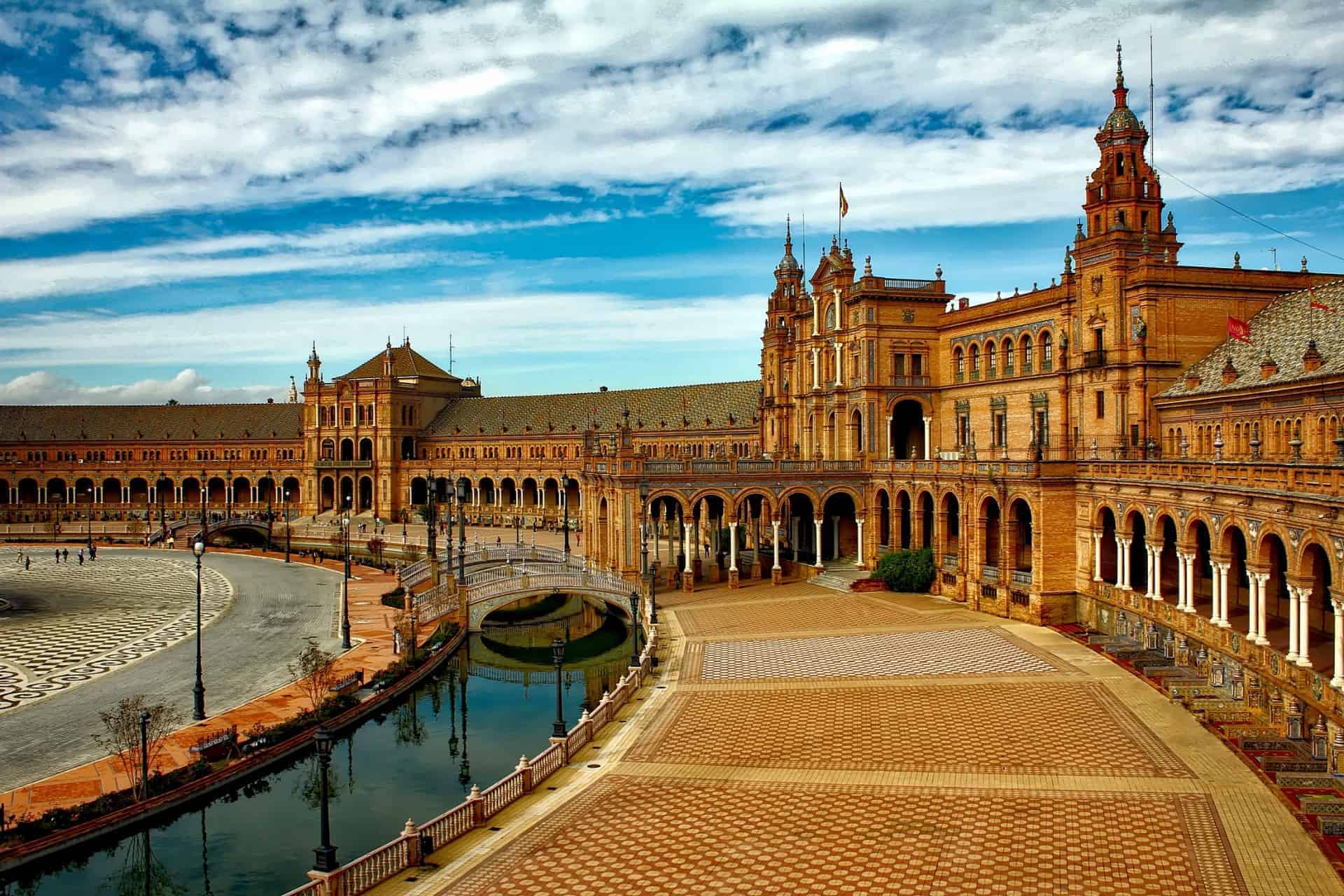 Founded as the Roman city Hispalis and now the capital of the Andalusia region, Seville is a lively and disarming city, and a popular tourist destination in Spain.

Seville was founded by the Romans as the city Hispalis. It flourished from the 2nd century AD as an administrative centre of the prosperous province of Baetica, before passing into the hands of the Visigoths. It was captured by the Moors in the 8th century and served as capital for the kings of the Umayyad Caliphate. Traces of their rule can still be seen in the surviving monuments of modern-day Seville, though some designs belong to the Arab-inspired Mudejar aesthetic, which actually developed during Christian rule.

Muslim possession of Seville ended with the Reconquista in 1248. The conquering Spanish Christians drove the Muslim and Jewish populations into exile, converting the synagogues and mosques into Catholic edifices. The first tribunal of the Spanish Inquisition was also held here in the 15th century.

It was also in the 15th century when the Spanish reached the Americas, and Seville became the centre of the new trade systems and routes. In 1503, Queen Isabella of Castile founded the Casa de Contratación (“House of Trade”) at the port of Seville as the central trading house of Spain’s New World Empire. This led to the city’s dominance in New World commerce, turning it into the richest and most populous city in Spain in the 16th century. Its wealth is reflected in the city’s rich architectural heritage, a good part of which was channelled into creating some of the most exquisite works of art and architecture that still today grace the city – a very baroque city at that, since many of these masterpieces and monuments were created during the Golden Age.

When the Casa was moved to Cadiz in 1717, Seville’s economy fell as its wealth depended on colonial trade. The Bourbon rulers who acceded the Spanish throne after the War of the Spanish Succession tried to revive Seville’s economy by developing local industries. The 18th and 19th centuries were marked by the French invasion and conflicts. A bright spot was Seville’s hosting of the Iberoamerican Exposition of 1929, followed by its revival as an industrial and commercial centre. As the city was held by Franco’s Nationalists during the Spanish Civil War, its architectural monuments survived the conflict intact.

Seville for the traveller is definitely one of the best cities in Spain to visit. Go on walking tour or travel by horse-drawn carriage through the grand Plaza de Espana of this incredible cultural melting pot.

Forming a monumental complex in the heart of Seville are the three UNESCO Heritage sites: the Seville Cathedral with the Giralda minaret, the Alcázar (fortress), and the Archivo de Indias.

Among Seville’s countless parks, historical buildings and monuments, the one that most stands out is its cathedral. The cathedral of Seville is the largest Gothic cathedral in the world with its Giralda Minaret standing at 96 meters. From this tower you can admire amazing views of the city. It was begun in 1401 and took more than a century to complete. Once an Almohad mosque, it was turned into a Catholic Cathedral following the Reconquista in 1248 and now holds the remains of Juan of Aragon, son of Ferdinand and Isabella, and Christopher Columbus.

The Alcázar (fortress) of Seville, imbued with Moorish influences, is the oldest royal palace still in use in Europe. The commission of a royal residence for King Pedro I in 1364 within the existing Moorish palace complex marked the beginning of the palace’s progressive reconstruction over the centuries that followed. A combination of Moorish, Mudéjar and European Renaissance and Baroque architectural and artistic elements, in addition to the palace gardens, water channels and fountains, gives the whole structure a magical air and offers an insight into the history and culture of Seville.

The Lonja, which became the Archivo de Indias (General Archive of the Indies), contains valuable documents which were collected during the days of the Casa de Contratación, illustrating the reach of the Spanish Empire in the Americas and in Asia.

Santa Cruz, is the old Jewish quarter in Seville and the ultimate place to retrace the footprints of Jewish history in Spain. The area is overflowing with history and legends, and is as alive today as it’s ever been. Visit the Centro de Interpretación de la Juderia, a museum located within the Santa Cruz district that exists to recover, exhibit and embrace Jewish culture.

Seville is at the centre of the history of bullfighting in Spain. Sevilla-born Joaquín Rodríguez Costillares is said to be the father of modern bullfighting in Spain, credited with inventing the many aspects of bullfighting we still associate with the spectacle to this day: the elaborate costume of the matador, the cape, and killing the bull by transfixing it with the cape and plunging a knife between the bull’s shoulder blades.

The Seville bullfighting festival, one of the most well-known in the world, is held during the Feria de Abril de Sevilla (Seville April Fair) and begins two weeks after Easter. The bullring of the Real Maestranza de Caballería de Sevilla is the site of these bullfights.

Expect to experience fiestas, music, dance, colour, and spectacle. Residents here are renowned for ‘having a good time’, even more, perhaps, than other Spaniards. Be sure to try out some of the city’s tapas bars. For food lovers, the central El Arenal neighbourhood is known for having it all, from markets and pubs to restaurants and rooftop bars, when it comes to food.

Seville is also famous for its thriving flamenco culture and flamenco music. Enjoy a show at one of the many flamenco bars and get lost in a night of traditional flamenco dancing, or visit the famous Museo del Baile Flamenco. 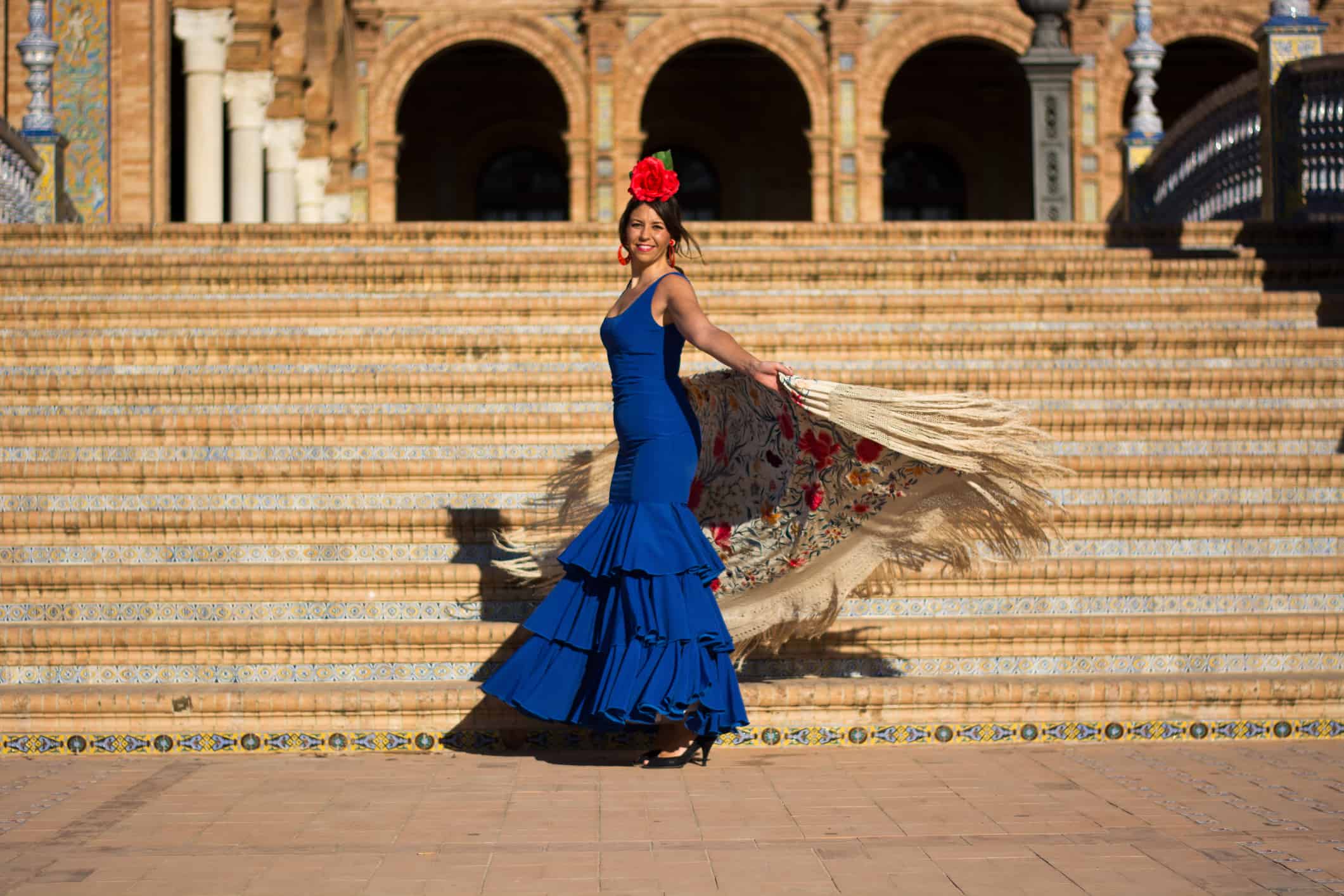 Articles on Spain and Seville Published by Odyssey Traveller

The following list of articles published by Odyssey Traveller for mature aged and senior travellers may also help to maximise your knowledge and enjoyment of Seville when visiting:

External articles to assist you on your visit to Seville.