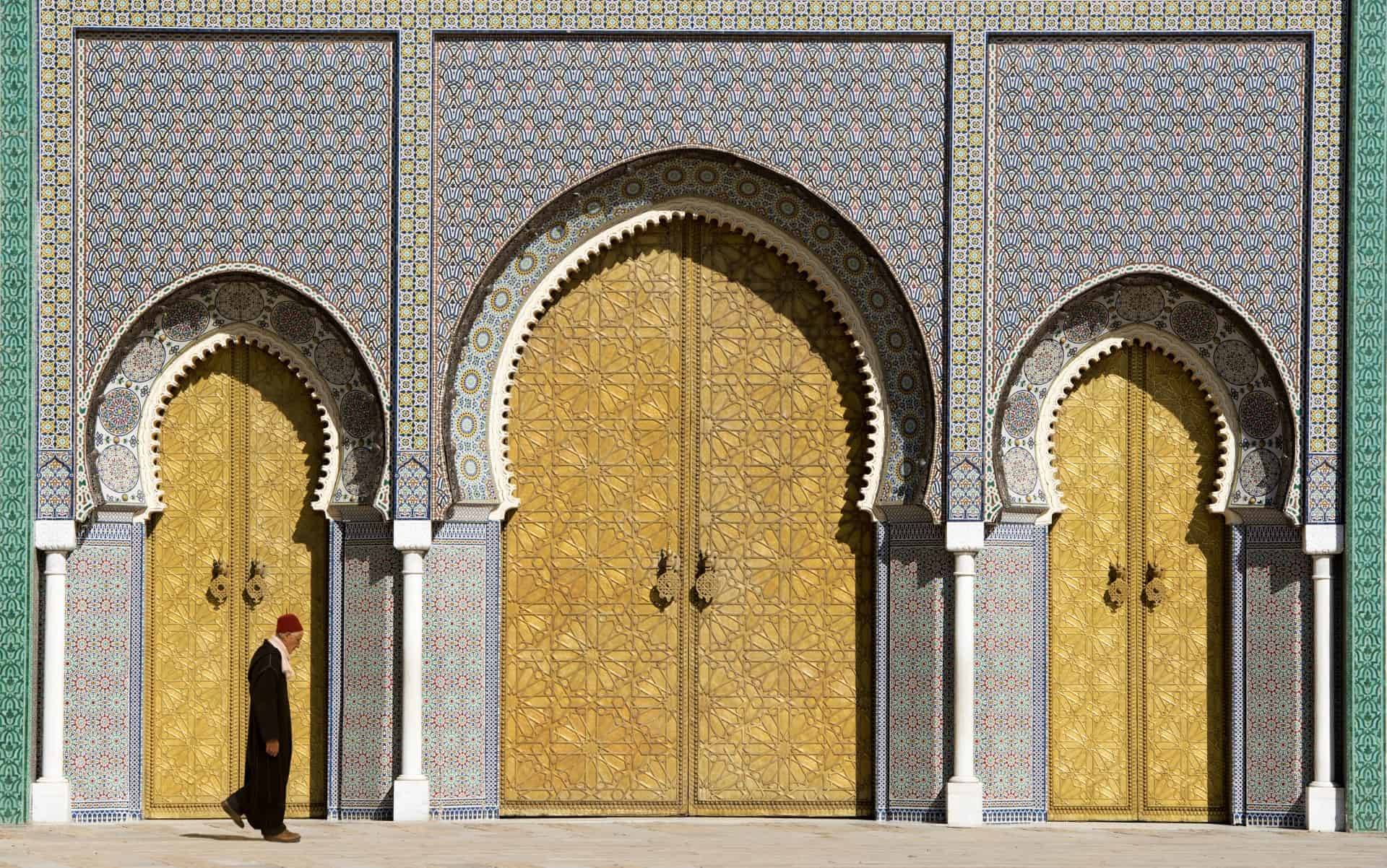 For over a thousand years, the inland city of Fez has been the spiritual heartland of Islamic Morocco. It is situated at the crossroads of all the important cities of the region. Fez’s historic medina (Arabic word for “town”), Fez al-Bali, is a web of narrow streets and alleys, mosques, madrasas and tanneries, where street sellers peddle everything from fresh fruit to immaculate wood carvings from narrow carts and souks. Walk through and experience this amazing maze of culture and trade, with the smell of incense, coffee and spices filling the air.

Fez is the oldest of the four imperial cities in Morocco–namely, Fez, Marrakech (also spelled Marrakesh), Meknes, and Rabat– and is located in the northern part of the country on the banks of the Wadi Fez. The old town was originally composed of two fortified quarters divided by the river, the east bank founded by Idris I in 789 and the west bank founded by his son and successor, Idris II, in 809. Idris I was the founder of the Idrisid dynasty, an Arab Muslim dynasty that ruled Morocco from the beginning of his reign until 921.

Fez became the home of the oldest continuously operating university in the world, the University of Al-Karaouine (also spelled  al-Qarawiyyin), founded in 859 by Fatima al-Fihri. Little is known of Al-Fihri’s early life, but in the early 9th century, she migrated with her family from Qayrawan in Tunisia to Fez, Morocco. She inherited a large fortune after her father’s death, and used her inheritance to commission a mosque and madrasa (Islamic religious school) in order to give back to her adopted homeland. This complex eventually grew into a university, named after her birthplace.

In the 11th century, the Almoravids, a confederation of Berber tribes, united the town within a single fortification. About two centuries later, the Marinid Sultanate, also descended from the Berber tribes, overthrew the Almohad Caliphate and controlled Morocco, moving the centre of their kingdom from the Almohad capital of Marrakech to Fez. The Marinids built a new town (Fez Jedid) west of Fez Al-Bali, which included the royal palace and headquarters of the royal army. Fez Jedid and Fez Al-Bali combined formed one of the largest cities in the Islamic world at the time, an important centre of education, culture, and commerce. The principal monuments that can still be seen in the medina of present-day Fez date from the Marinid era.

The oldest university in the world was incorporated into the state education system in 1947 and began to be modernised. After a long hiatus, the monarchy restored traditional Islamic education at the university in 1988. Education at the University of Al-Karaouine (or al-Qarawiyyin) now concentrates on Islamic religious and legal sciences, with a few lessons on non-Islamic subjects, such as French and English. It was not open to the public, and in 2012, when Morocco’s Ministry of Culture requested for an assessment of the establishment’s structural integrity, the assessor, Canadian-Moroccan architect Aziza Chaouni, was shocked to discover the poor state of the old mosque and madrasa. The government began taking steps to restore the library and to preserve the rare manuscripts housed within (which includes a 9th-century Quran and the oldest known accounts of the life of the prophet Muhammad) and finally opened it to the public in 2016.

Read more in our article: The Fascinating History of the World’s Oldest Library; Al-Qarawiyyin Library and University, Fez 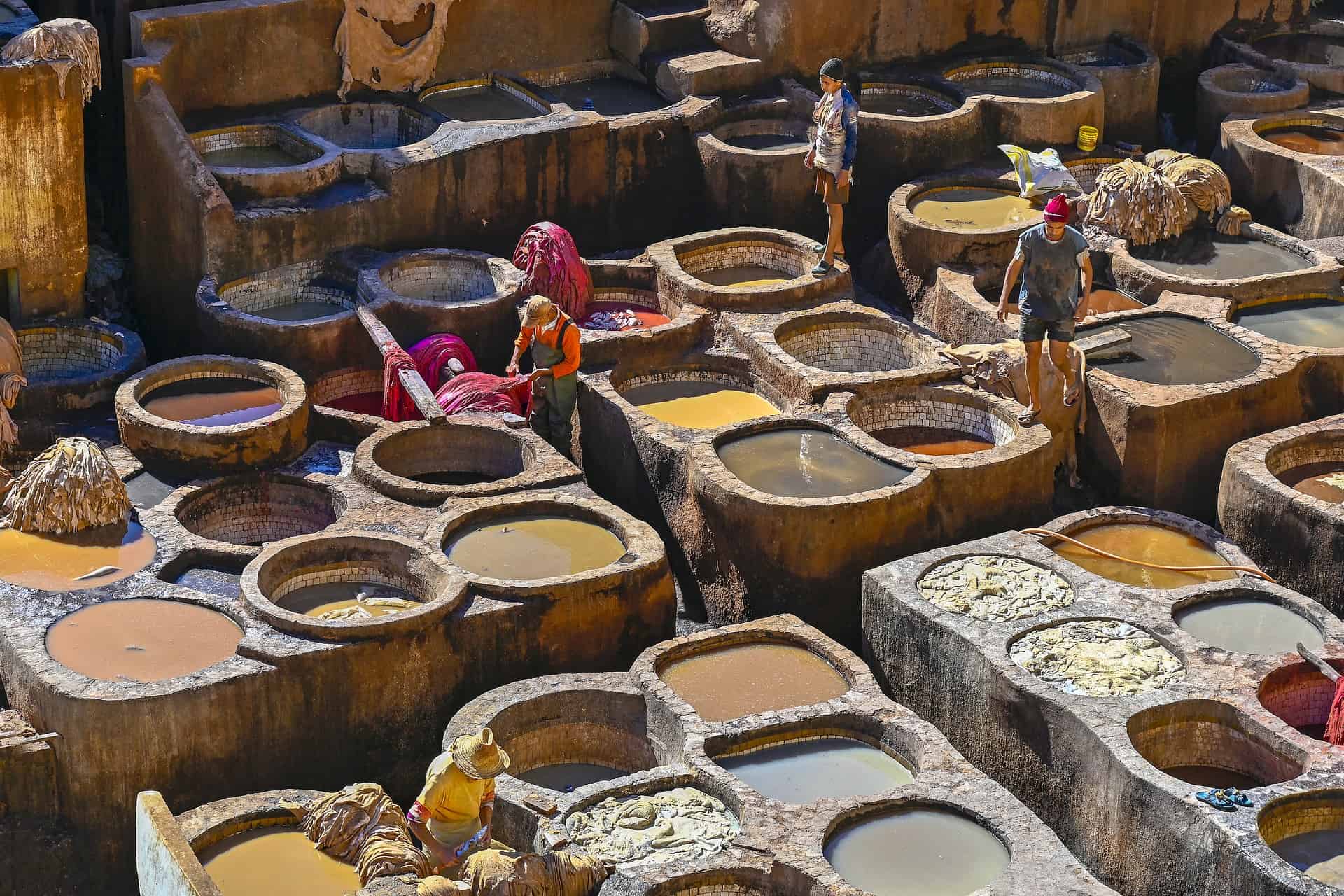 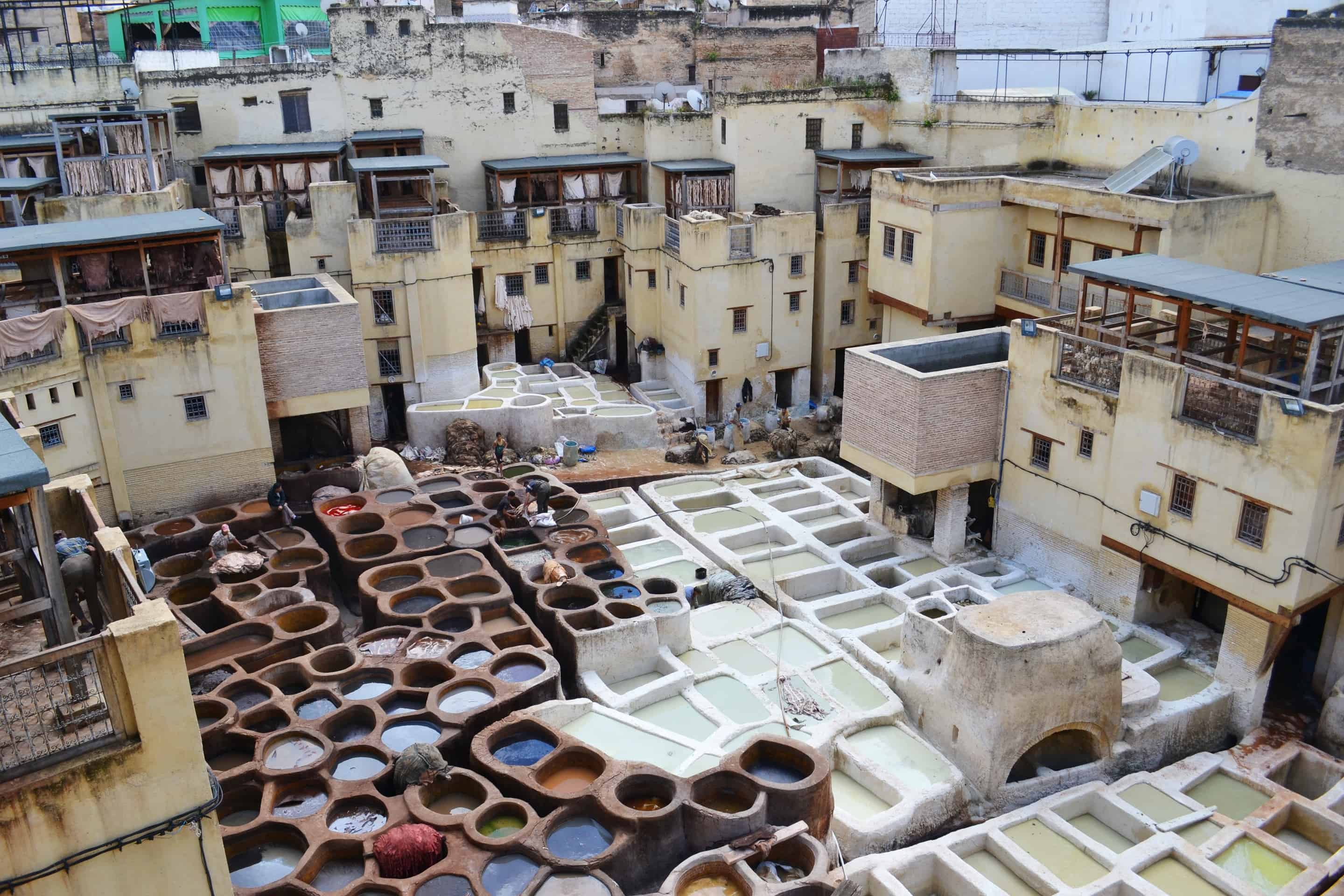 This iconic tannery (also spelled Chaouwara) is the oldest tannery in the world, where craftsman demonstrate a leather dying process that dates back over 500 years. The colourful dyes and the fascinating process are a sight to behold.

As a tourist, you will not be able to enter the Dar al-Makhzen or the Royal Palace of Fez–unless you get a special invitation to be guests of the monarchy. But it is still worth a visit, even to just see the exquisitely decorated doors of carved cedar wood and the beautiful mosaics.