As of July 2019, there are 1,121 official UNESCO World Heritage sites, with 30 brand-new sites added this year.

A World Heritage Site can be a man-made (cultural heritage) or natural (natural heritage) site identified by the United Nations Educational, Scientific and Cultural Organization (UNESCO) as possessing “outstanding universal value” to humanity, and therefore must be protected and preserved from social, economic, and traditional causes of decay and destruction. According to UNESCO, “World Heritage sites belong to all the peoples of the world, irrespective of the territory on which they are located.”

The list is made up of a diverse number of places, from ancient ruins, to marvellous natural wonders, to cultural icons. In this article (updated from 2018), Odyssey Traveller highlights a few from 2019’s list of additions approved by UNESCO. The original 2018 article with highlights from that year follows after.

It is worth keeping up to date with World Heritage sites to see the sites we have judged worthy to be seen by the generations that will come after us.

This article looks at a few of the most fascinating newly listed sites that may be of interest to current and prospective participants of Odyssey Traveller educational tours. If you want to see the whole list, check out the page on UNESCO’s website here!

It comes as a bit of a surprise that the city of Babylon has only now been inscribed on the list of World Heritage Sites. The 4,000-year-old city on the banks of the life-giving Euphrates is one of the most famous imperial capitals in antiquity. It was the seat of southern Mesopotamia (Babylonia) and capital of the Chaldean (Neo-Babylonian) Empire. It reached its height in the 6th century BC, and was famous for its Hanging Gardens, one of the Seven Wonders of the Ancient World. However, the site, located 85 kilometres south of Baghdad in Iraq, has suffered damage from modern-day warfare, from destruction during the rule of Saddam Hussein to its being used as a base for US troops. Iraq has been lobbying for Babylon’s inscription since 1983, and the year 2019 finally saw its inclusion.

Another significant ancient capital newly inscribed on the list is Bagan in Myanmar, built in the 9th century and capital of the Bagan kingdom which was roughly the size of the modern-day republic of Myanmar. The Bagan kingdom reached its peak in the 11th to 13th centuries, until it was overrun by the Mongols. Located in the bend of the Irrawaddy (Ayeyarwady) river, it is now a site of Buddhist pilgrimage, with its wide, verdant area covered with temples, stupas, and monasteries. (Stupa is Sanskrit for “heap”, referring to the architectural structure.) Many of the temples house important Buddhist frescoes and sculptures. (See our tours to Myanmar.)

Paraty and Ilha Grande, located between Rio de Janeiro and São Paulo, are already well-known tourist destinations in Brazil, now made more famous by their recent inclusion as a World Heritage Site. Included in one listing, “Paraty and Ilha Grande” include the historic centre of Paraty, a well-preserved coastal town that was once the end-point of the Portuguese Caminho do Ouro (Gold Route) through which gold was shipped to Europe, and four protected natural areas of the Brazilian Atlantic Forest. The island of Ilha Grande used to house a maximum-security prison until the mid-90s. It is now famed for its incredible beaches and forests. (See our tour to Brazil.)

Located northwest of Lisbon, the Royal Building of Mafra was built in the 18th century by the order of King João V. It consists of a Royal Palace, the royal chapel shaped like a baroque basilica, a monastery, a library containing more than 30,000 volumes, a garden (Cerco), and a royal hunting park (Tapada). This extravagant complex was made possible by the gold coming into Portugal from Brazil, and by King João V’s vision of a monument to proclaim the power of the Portuguese empire. (See our tours to Portugal.)

The Vatnajökull National Park stretches across more than 1,400,000 hectares of volcanic and glacial land, nearly 14% of Iceland’s territory. Two of ten volcanoes within the park are among the most active in Iceland. The park contains Iceland’s natural treasures and incredibly varied landscapes. Its inscription signals the need for its conservation, as the glaciers are in a steady process of decline due to climate change. (See our tour to Iceland.)

This series of archaeological sites includes Bishapur, which Odyssey visits in our Small Group Tour of Iran.  Bishapur (Shapur’s City) was  the capital under the Sassanian king Shapur I. Shapur’s armies defeated the Romans three times, and his city is full of strong Hellenistic-Roman and Persian influences in the architecture of its temple, audience hall, and defence structures. It was here that the Roman General Valerian spent his final days in captivity.

The Sassanian Empire was one of the most influential in the region’s history, lasting from the early 3rd to the middle of the 7th century. The empire had an active military and an extensive bureaucracy and distinctive art and architecture, often considered to represent a cultural peak of Persian civilization.

The newly declared world heritage site in fact contains eight archaeological sites stretching across the southeast of Fars Province. It covers Firuzabad, Bishapur, and Sarvestan. Included in the listing are the ruins of a number extraordinary structures, including palaces and fortifications. It is especially fascinating for showcasing the influence of Roman and Greek culture on this era of Islam.

At first, this one may seem like an odd one out, but Ivrea is right at home alongside the rest of the World Heritage list. The criterion that qualified it for the list has to do with its architectural and technological heritage. As the home of Olivetti, it was a proving ground for typewriters, calculators and early computers during the 20th century.

According to UNESCO, the city is “a model social project,” citing its modernist architecture and design as expressing “a modern vision of the relationship between industrial production and architecture.”

Unlike many of the World Heritage sites, which can take a while to get to, and are often isolated, Ivrea is near Turin and picturesque, and while it’s not a major tourist destination, it’s certainly a town that is worth seeing for more than the listing alone.

One of the most impressive sites is Ivrea Castle, constructed in the 14th century. In the 18th century it became a prison, and it remained so until 1970! It is not open to the public, but is still very impressive from the outside. Also worth seeing is the Roman Catholic Diocese of Ivrea. This is a gorgeous cathedral built on the site of a 1st century Roman temple. Established in the 5th century, it has been renovated numerous times, with the style of its facade most recently updated to a Palladian style in 1854.

And in terms of modern conveniences, don’t miss Pasticceria Balla, a pastry shop famous for a cake that’s recipe has been kept secret since the 19th century, the torta 900.

One of the world’s most culturally rich cities, Mumbai is well known for, among much else, its extraordinary architectural history. However, it was only in 2018 that a number of its Victorian Gothic and Art Deco structures were listed as UNESCO World Heritage sites. When we think of World Heritage, we often think of particular grand monuments or ancient ruins, but quite frequently UNESCO will designate an area of a city or a group of buildings conforming to a particular style as World Heritage listed. In the case of Mumbai, UNESCO has listed the products of two waves of architectural development through the 19th and 20th centuries.Included in these buildings is the Oval Maidan. This is a recreational ground in South Mumbai, often used for sports like cricket. It covers 22 acres and the architecture is extraordinary.

According to UNESCO: “The Victorian assemblage of grand public buildings created an Indo-Gothic style by blending Gothic revival elements with Indian elements, with adaptations in response to the local climate by introducing balconies and verandas. Mumbai’s Art Deco buildings of iconic cinema halls and apartment buildings blended Indian design with Art Deco imagery and created a unique style that became known as Indo-Deco. Its influence spread through the Indian sub-continent.”

Another UNESCO World heritage site, which Odyssey visits during our small group tour of India, is the Elephanta caves. Listed back in 1987, this is a city of caves with stunning rock art associated with the cult of Shiva. The reliefs on display are some of the greatest examples of Indian art and history in existence.

This is an incredible collection of religious sites built between the 17th and 19th centuries.  It comprises ten villages, a castle, and a cathedral. They were built in an era in which Japan forbade Christianity, a prohibition that was lifted in 1873. Isolated for 2 centuries, these communities developed a distinctive version of Christianity that ispreserved in the structures that remain. While the communities were maintained throughout the ban, the churches and explicitly religious buildings were only built when the ban had come to an end, and the communities were permitted to finally express their faith.

Proposed for World Heritage status in 2007, it was finally inscribed in 2018. These sites aren’t easy to access, a boat is needed, but they are well worth preserving. Nagasaki traditionally served as the gateway for outsiders entering the region, which included missionaries, meaning that Catholic communities were more prevalent there than anywhere else in Japan

If you’re interested in learning more, please see some of the other blogs we’ve written on World Heritage sites! Here’s an article on 20 of the best world heritage sites to visit. Or have a look at this list of spectacular World Heritage sites in Britain! You’ll also find, if you explore the details of our various tours, that many of our tours visit a number of World Heritage Sites. Feel free to explore all of our destinations and tour itineraries. 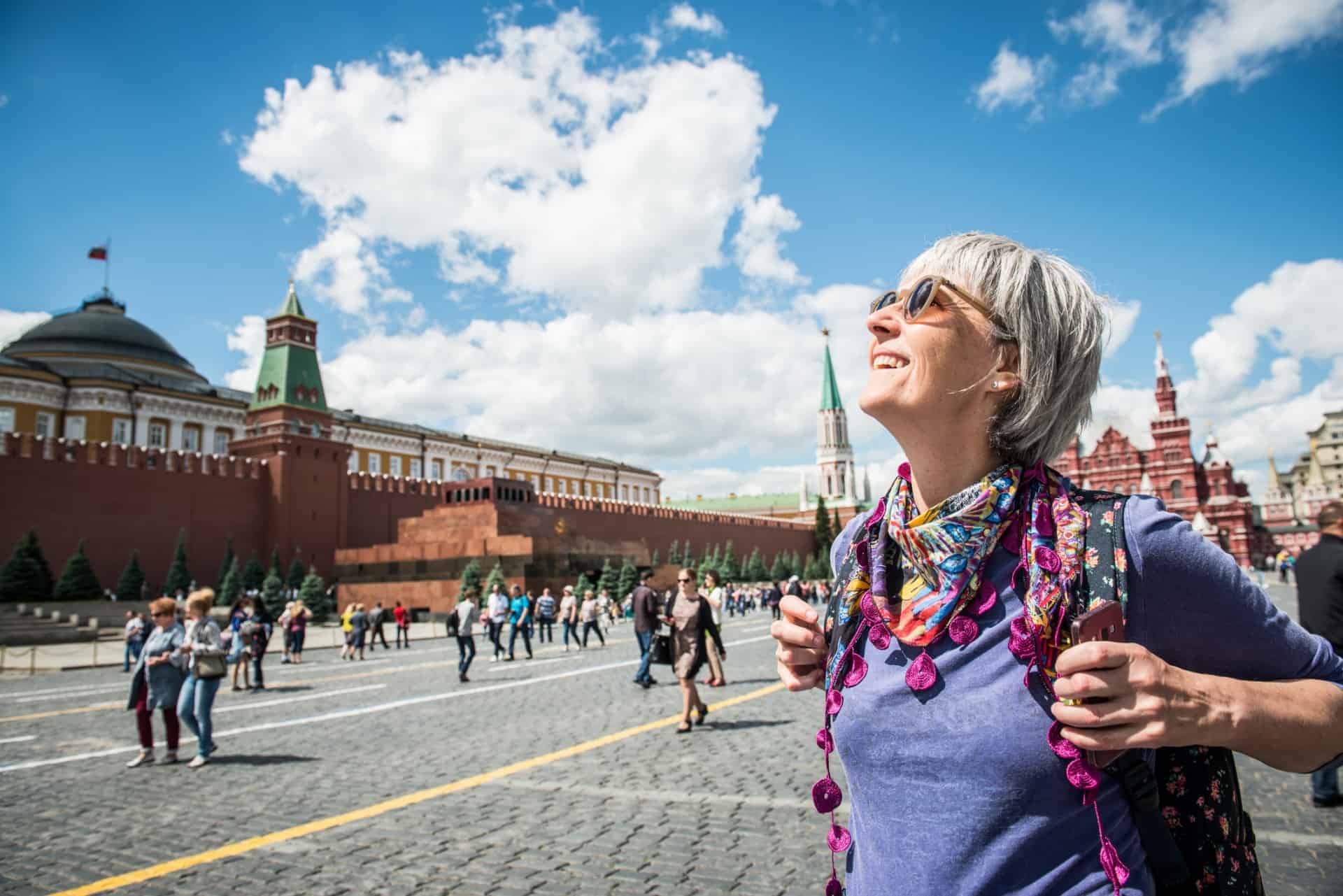 Odyssey Traveller is committed to charitable activities that support the environment and cultural development of Australian and New Zealand communities. We specialise in educational small group tours for seniors, typically groups between six to 15 people from Australia, New Zealand, USA, Canada  and Britain. Odyssey has been offering this style of adventure and educational programs since 1983.

Odyssey Traveller also has a Loyalty Program for regular travellers. Membership of the alumni starts when you choose to take your first international small group tour with Odyssey Traveller. To see the discounts and benefits of being a Bronze, Silver, Gold, and Diamond alumni member with us, please see this page.

For more information on Odyssey Traveller and our educational small group tours, visit and explore our website. Alternatively, please call or send an email. We’d love to hear from you!