'Queen of the Sea': A History of Lisbon: The Definitive Guide

‘Queen of the Sea’: A History of Lisbon

In 1554, the writer Damião de Góis claimed that out of all the European cities, only Lisbon and her rival Seville ‘could rightfully be called Ladies and Queens of the Sea’. Europe’s westernmost capital city, and the only one to face the Atlantic Ocean, Lisbon’s history has been shaped by the sea. As a port city, Lisbon has been a gateway to the wider world, molded by a succession of different cultures. This article charts Lisbon’s history, from its beginnings as a producer of fish-sauce for the Roman world, through the famous Portuguese discoveries of the Age of Exploration, to its World War II history as a safe harbour for refugees – and a den of spies. 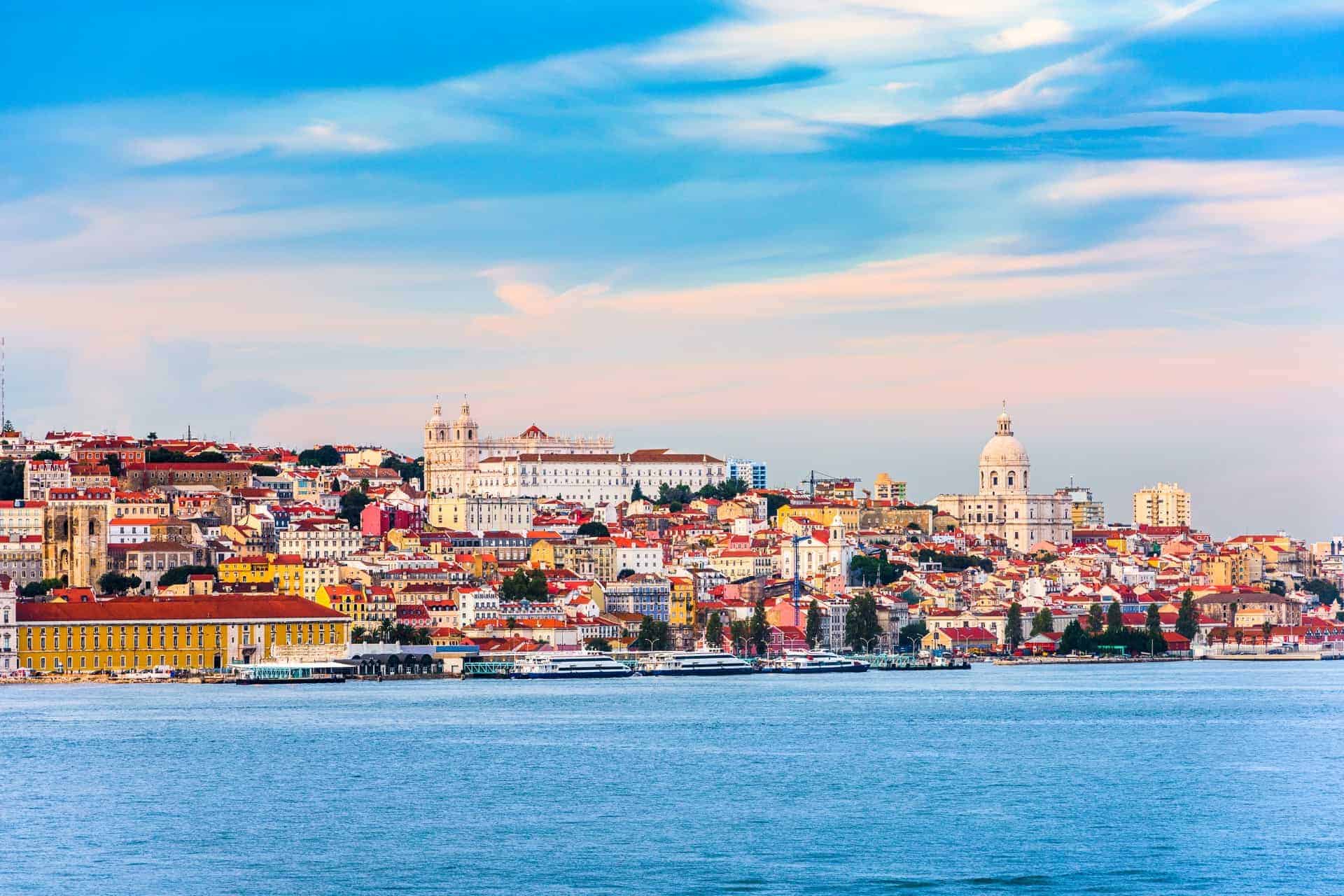 Fish sauce providore of the world:

Ancient Roman historians claimed that Lisbon was founded by the mythical hero Ulysses on his journey home from Troy. The reality was much more prosaic: the area, once inhabited by Phoenicians, was settled following successive Roman military campaigns on the Iberian peninsula.

Following the Roman conquest of Britain, the settlement – named Felicitas Julia Olisipo by the Romans – grew in importance as it was an important stop over on the sea route from the Mediterranean to Britain. Olisipo became home to all the Roman signs of wealth and prestige – thermal baths, underground galleries, a theatre, and a hippodrome (which hosted chariot races).

The theatre, unusually for Roman buildings of its type, was built facing South, so as to impress a visitor arriving in Olisipo by river with the city’s power and prestige. It was a large, imposing building; a terraced amphitheatre on three levels that could hold around 3,000 people for hours-long performances.

The hippodrome is believed to have been one of the largest in the Empire indicating that Olisipo, once believed by historians to be a minor trading post, was clearly one of significant power and prestige in the Empire.

Yet, much of Olisipo’s wealth and prestige came from a not very glamorous – and rather more smelly – source. The Tagus River, which runs through the heart of the city, teemed with fish, making it ideal for creating and exporting garum, a smelly-fish sauce. Fish was mixed with salt and herbs, left in the sun to ferment, and then stirred until it became a liquid. Though confronting to a modern palette, the ancient Romans had a passion for garum. Eaten by patrician, plebeian, and slave alike, it was served with virtually every meal – and even with wine. Today, you can visit the ruins of one of Olisipo’s garum factories underneath the Casa dos Bicos, itself an outstanding example of 16th century architecture.

In 711, Lisbon, along with most of present-day Spain and Portugal came under the control of the Muslim Umayyad Caliphate. During this period, Lisbon became one of the largest cities in Europe. The city’s new rulers improved the fortifications of the castle and built town walls that still remain in place. Lisbon’s oldest extant neighbourhood, Alfama – from the Arabic al-Hamma, meaning ‘public baths’ – was built in this period.

A warren of streets and alleyways on a hilltop facing the Tagus River, the area’s labyrinthine layout is a legacy of Islamic settlement. Unlike most of Lisbon, the area remains intact in its medieval form, having survived the 1755 earthquake.

Though Christians would retake the city in 1147 as part of the Second Crusade, Lisbon’s Arabic heritage remains. The Lisbon Cathedral or Sé was built on the site of a mosque, and has been repeatedly rebuilt since the reconquest. The São Jorge Castle, on a hilltop overlooking the Tagus, was built as a Moorish fortification and then expanded by Christians who added a royal palace.

Lisbon’s famous azulejos, or painted tiles, are also an indirect legacy of Lisbon’s Islamic past. During the Islamic period, streets were laid out in single-colour ceramic tiles of vivid whites, blues and greens. By the 16th century, this became the intricate handpainted blue and white tiles that today adorn the façades of virtually every street in Lisbon.

‘Tagus reigning over the world’:

Lisbon once again became the ‘Queen of the Sea’ during the Age of Exploration. Located in a distant corner far from the population centres of Europe, Portugal turned to the sea to make its fortune. Sponsored by the monarchy, and with the support of the Catholic church, Portuguese explorers crossed the Atlantic Ocean, wound their way around Africa, and established colonial outposts in India and the South China Sea.

The result of the explorations – and subsequent colonisation – was that Lisbon became fabulously wealthy. Damião de Góis bragged of the ‘Tagus reigning over the world’. The grandeur and pageantry of Portugal’s royal entourage became legendary. The first elephants on the European continent since Roman times, a gift from India for King Manuel, were unloaded in Lisbon in the early 16th century. They were soon joined by African rhinoceros, gazelles, antelopes, monkeys, parrots, and a jaguar. Lisbon’s shops now sold goods from all around the world: West African ivory, Indian textiles, and Chinese porcelain and lacquerware.

The lavish spending enabled by Portugal’s colonial empire also saw the beginnings of huge architectural projects, as King Manuel sought to immortalise his reign. The most extravagant expression is the Jerónimos Monastery, which, begun in 1502, took over one-hundred years to complete. The 300-metre building, overlooking the Tagus river, was built in the ornate and elaborate Manueline style. Inspired by the sea, maritime motifs of ropes, knots, anchors and navigational equipment are woven into the stone. The intricate Manueline style can also be seen at the nearby Torre de Belém, completed in 1521.

During this period, Lisbon was the world’s ‘melting pot’. The city’s wealth attracted merchants from England, France, Flanders, Germany, and as far afield as India. Lisbon also had a large African population, unique among European cities at this time. Revealing the tragic underside of the Age of Exploration, most of Lisbon’s African community – which in 1551 numbered 10, 000 or around 10% of the city’s population – were slaves, women who worked as household servants and men who worked as personal guards and soldiers.

‘Violent and convulsive Motions of the Earth’:

November 1, 1755 dawned as a seemingly perfect autumn morning. Crisp, blue-skied and sunny, the day saw thousands of revelers line the streets in order to celebrate the All Saints’ Day public holiday, one of the most significant events on the calendar of Catholic Portugal.

Lisbon was totally devastated: around 2/3rds of its buildings were destroyed, while between 10, 000 and 60, 000 lives were lost. The quake shocked Europe, shaking the optimism of the Age of Enlightenment.

Ironically, however, the aftermath of the earthquake would see the Enlightenment reach Portugal. The Marquês de Pombal, an influential advisor to the King, saw the opportunity to remake Lisbon on Enlightenment principles. After the earthquake, when the King was in shock, Pombal oversaw the building of the downtown, known as the ‘Baixa pombalina’, according to the rationalist dimensions advocated by Enlightenment scholars. Sober and symmetrical, the broad avenues of the Baixa often feel like they are part of a different city to the chaotic Alfama.

Autocratic leadership would continue to haunt Lisbon through the 20th century. Following political turmoil in the early 20th century, the economist António de Salazar took control with the support of the military.

During the Second World War, Salazar’s Portugal remained neutral. Following the Nazi occupation of France in 1940, tens of thousands of refugees fled to Lisbon, the only free and  neutral port on the continent, where they awaited sea passage to the United States. The significance of Lisbon as a safe harbour is immortalised at the end of the iconic 1942 film Casablanca, when Rick (Humphrey Bogart) makes Ilsa (Ingrid Bergman) board a plane to Lisbon and freedom.

In addition to refugees, Lisbon was filled with spies. By the end of the War, the British MI5 had identified 1, 900 known enemy agents in the city – and 350 suspected ones. Secret agents came from Britain, Germany, Italy, Russia, Poland, Japan, and the USA.

A club called Cabaret Maxime was a nest of spies, a real-life version of Casablanca’s ‘Rick’s Café’. German agents gathered at the Avenida Palace, which had a secret passage to the Rossio train station, while the English were further along the Avenida da Liberdade at the Hotel Metrópole and the Hotel Aziz. Ian Fleming was inspired to write the first James Bond novel, Casino Royale, by his experiences tailing double agents through Lisbon during the War.

Portugal remained under the control of Salazar until 1974. Through this period, the country remained poorer than most of Western Europe, and thousands of Portuguese people emigrated to other parts of the world, including Australia. Portugal began to catch up with the rest of Europe when it joined the European Economic Community in 1986. 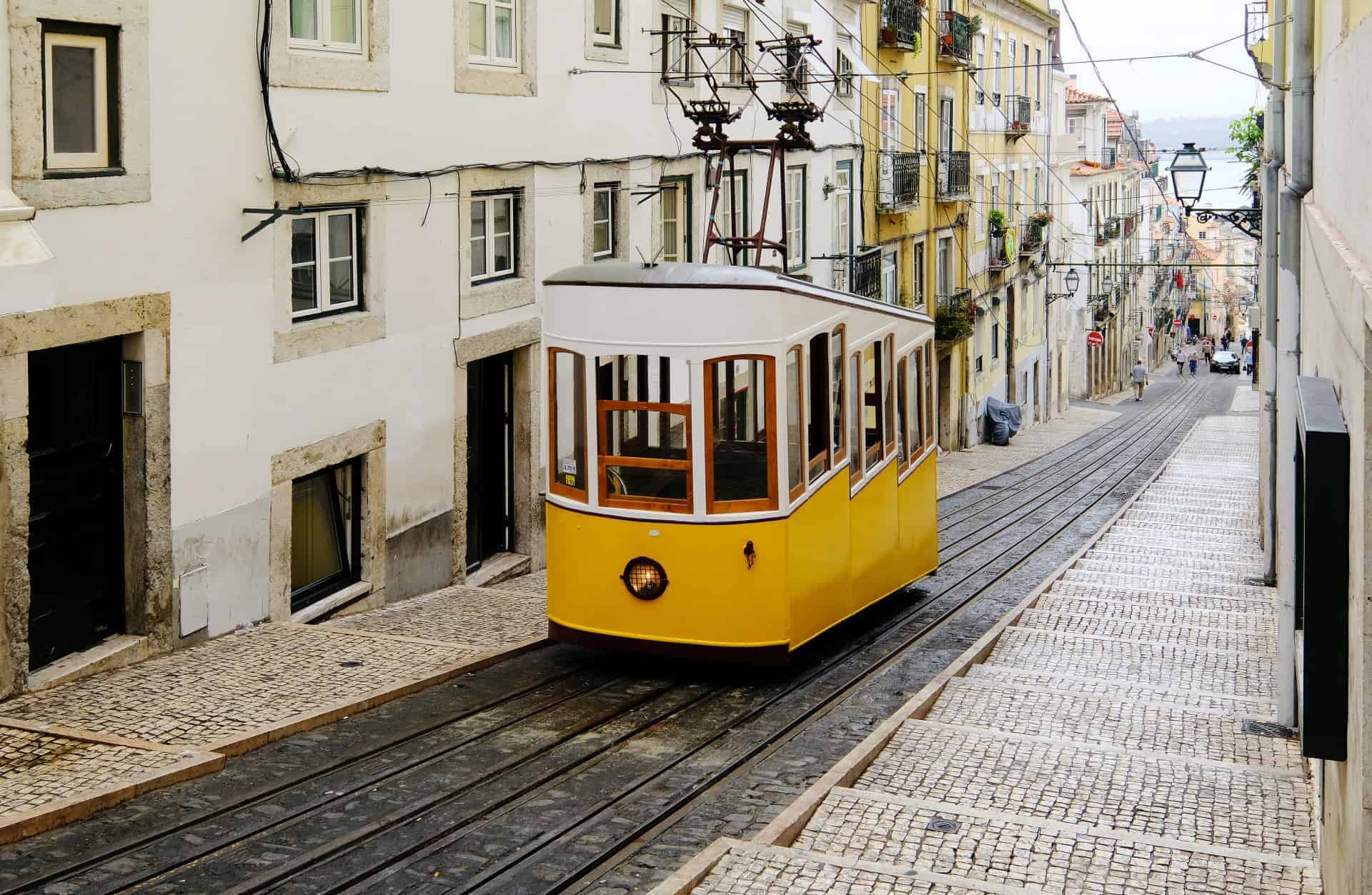 Lisbon’s architecture today is a tapestry, reflecting the influence of these many varied cultures. While Portugal is attracting an increasing number of tourists, Lisbon retains its unique charm. If this article has interested you in seeing the ‘Queen of the Sea’, Odyssey Traveller runs several guided tours that visit Lisbon, including Discovering Portugal and Spain and Portugal Small Group Tour for Seniors. All Odyssey’s tours travel in small groups and are designed for the active senior traveller.

Join Odyssey Traveller on this immersive 18-day tour of Portugal, a multi-sensory experience taking us from the capital of Lisbon, through Portugal’s many historic cities, and end at vibrant Porto on the coast of the Atlantic.