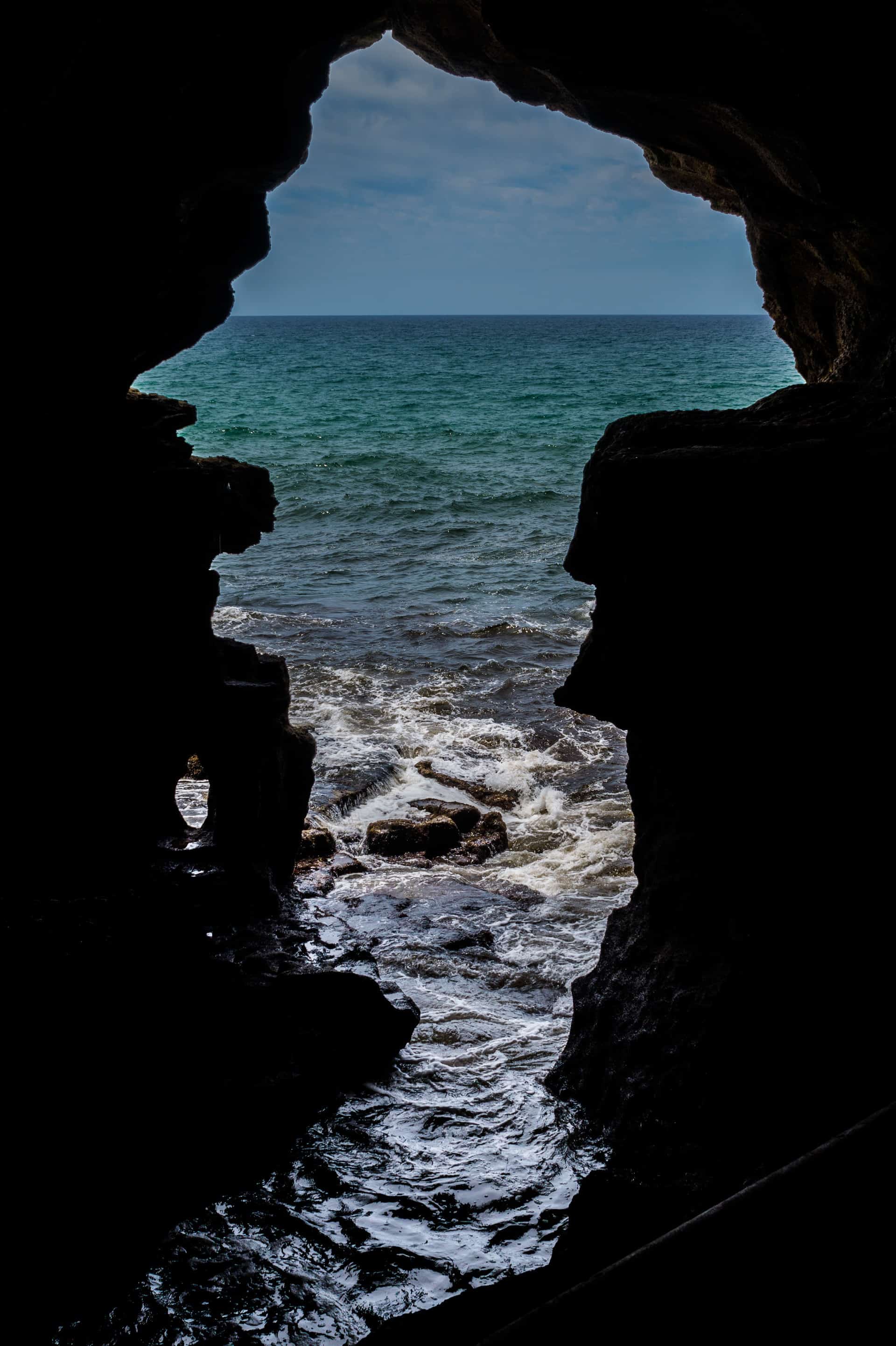 Located about 14 kilometres west of the city of Tangier, Morocco, you can go tour the Cave of Hercules, (Hercules caveMorocco)a fascinating archaeological cave and cavern (grotto) complex located in Cape Spartel, Northern Morocco, the northernmost point of mainland Africa. Nearby, separated from the caves by a beach, Robinson plage , is the Cap Spartel Lighthouse, built in 1860s by an international coalition in order to mark the entrance of the Strait of Gibraltar towards Europe and the Mediterranean sea.

The beautiful Hercules cave complex is open to the public including travelers and is easily accessible by taxi or bus via the national road, or with a group tour. The drive there takes about 15 minutes from Tangier. The cave of Hercules complex has two openings, with one facing the sea and other facing land. The one facing the Mediterranean sea was carved by waves and resembles the shape of Africa, while the one facing land was carved by the local Berber from the rock. 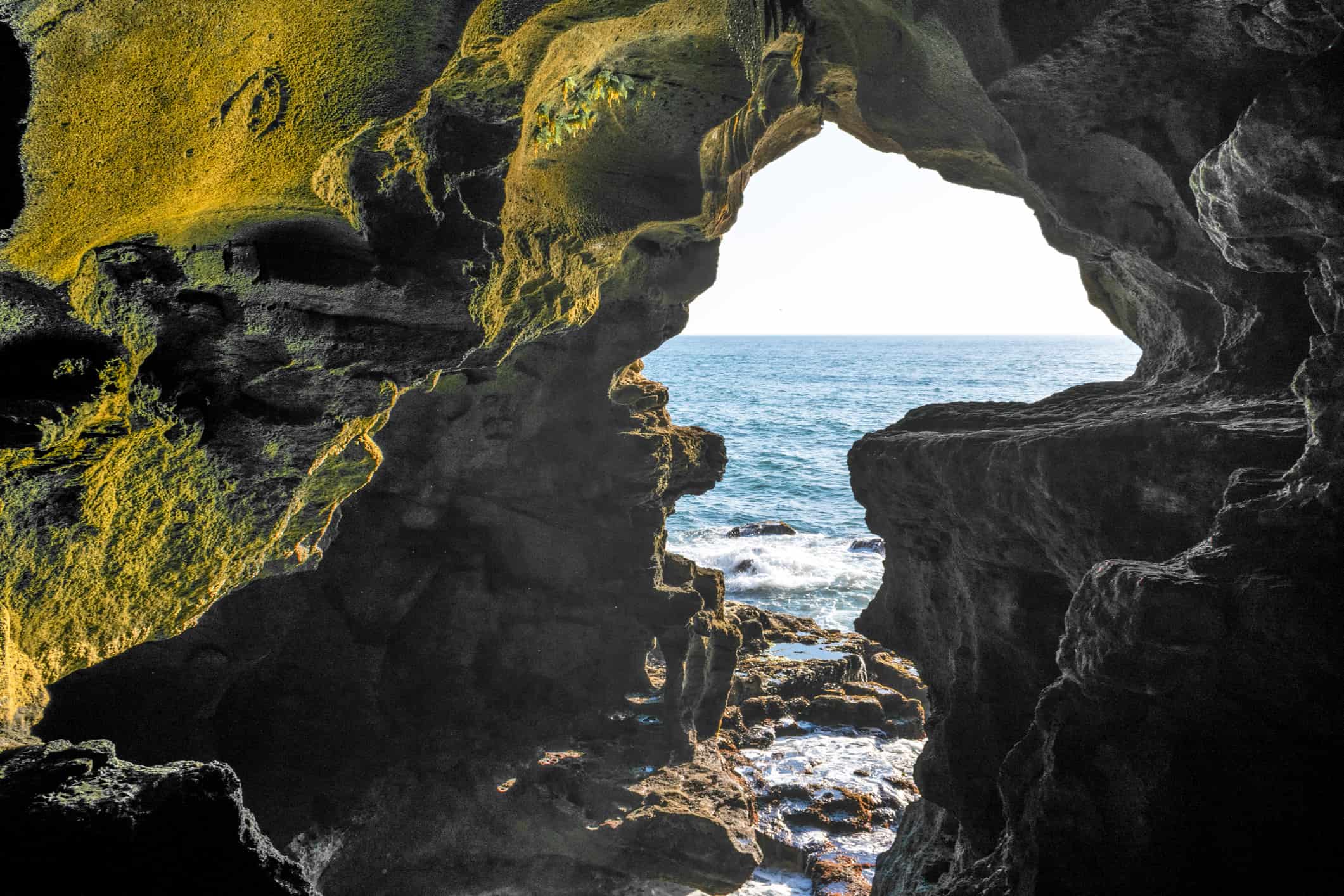 In the Cave of Hercules or Les Grottes d’Hercule, you will be pulled into one of Tangier‘s most gripping tales – the legendary story of the caves’ namesake, the mythical hero Hercules. According to the legend, it is here where Hercules rested before performing the 11th of the 12 Labours given to him by King Eurystheus of Tiryns.

In his book Tangier , Richard Hamilton revisits this myth and describes how for his impossible task, Hercules has to travel to the Garden of Hesperides and retrieve the golden apples, whose flesh would bestow eternal youth on whoever ate them. Hercules travelled to the lower slopes of the Atlas Mountains to find the garden and tricked Atlas, whose daughters were entrusted with looking after the tree, into giving him the apples. The legend has it that Hercules slept in the caves before performing this task. This is the version of the story in Greek mythology, but as Hamilton points out, ‘the Roman writers tell it differently’ (p. 12).

According to them, when Hercules was on his way to the garden he found he had to cross a mountain that had once been Atlas. His way was blocked so using his superhuman strength, Hercules smashed through the mountain, splitting its rocky face in half and separating Europe and Africa. This was how the Strait of Gibraltar was born and the reminders of this act can be found in the Rock of Gibraltar and the Jebel Musa, east of Tangier.

The story also says that the Cave of Hercules were bottomless and actually formed one end of a 24km subterranean tunnel between Morocco and Spain. People say this is how the macaques who live at the top of the Rock of Gibraltar made their way from Africa.

After exploring the cave complex take time to go on a walking tour of the old city parts of Tangier (Tanger) in Northern Morocco as well as a guided tour visiting old Medina and medieval kasbah to experience what the writer Paul Bowles has experienced in the late 1940s that made him fall in love-and write about-this city on the coast: an amazing meeting point of cultures and religions. For mature and senior travelers on Odyssey’s small group package tour of Morocco, the itinerary has the group visit on a guided tour to Hercules cave Morocco as part of a day trip. The group also visit Riad, Rabat Tetouan, and Casablanca on this tour.