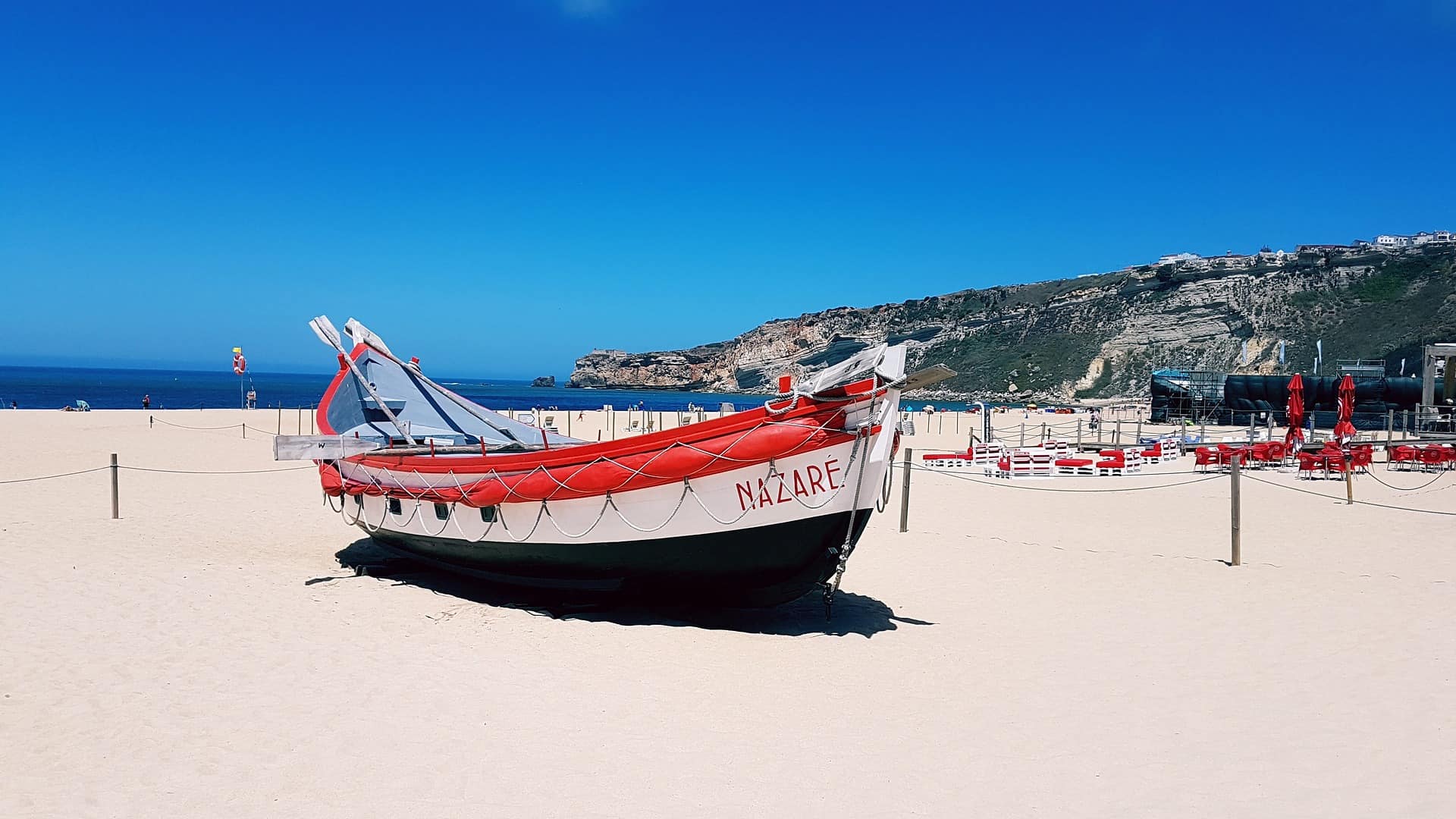 An ancient fishing village turned popular seaside resort, Nazare is only an hour and a half from Lisbon but it feels worlds away from the hustle and bustle of the city. The town became world-famous almost a decade ago when Garrett McNamara, a 51-year-old from Hawaii surfed a 78-foot wave (23 metres) at one of the town’s beaches, breaking the world record for the biggest wave ever surfed. The event put Nazare on the map and surfers flocked to the picturesque coastal village desperate to catch the giant waves that many locals have spent years avoiding. For travellers, it is a great spot to relax and eat fresh fish while taking in the beautiful scenery and watching surfers do their bit.

The History of Nazare

The Legend of Nazare tells the story of how the town came to be named. The town derives its name from a small statue of the Virgin Mary that was said to be brought by a monk to Spain from Nazareth in the 4th century. It was then brought to Portugal in 711 by another monk called Romano who was accompanied by Roderic, the last Visigoth king of what is now Portugal. Once they arrived at the coast they became hermits and Romano lived in a small natural grotto atop a cliff. After his death, the king buried him in the grotto and left the statue of the Virgin Mary in the grotto.

In 1182, the Portuguese Knight, Dom Fuas Roupinho, was hunting deer in dense fog and almost rode off the cliff  but was saved after praying to the statue. To commemorate the miracle, he had a chapel built over the small grotto. This chapel was the first church in the area. In 1377, King Fernando I of Portugal had a new church built which houses the miraculous state of Our Lady of Nazare.

Nazare is made up of three neighbourhoods: Praia, which is along the beach, Sitio, an old village atop a cliff between Nazare Beach and North Beach, and Pederneira, also on a hilltop. Originally, people settled in Pederneira and Sitio, above the beaches, to protect themselves from raids by Vikings and later French, English and Dutch pirates. These raids were commonplace and lasted for centuries, until the beginning of the 19th century when maritime piracy began to end. With less pirates to be concerned about, people in the area began to settle what is now Praia. Today, it is considered the town centre.

What to See in Nazare

The main attractions of Nazare are mainly coastal and many people come for the vistas and the chance to see surfers big wave surfing at Praia do Norte. There are many viewpoints in Sitio, above the beach, and one of the best is the Miradouro de Suberco. Many people get the town’s funincular up to the spot, which runs every fifteen minutes. At 110 metres above sea level, the viewpoint provides a magnificent aerial view of Nazare and its beaches. It is a spectacular places to watch the waves, though in summer the water can be relatively calm. If you’re around from October to February however, you may see waves over 100 feet high! The waves are so big due to the presence of an underwater canyon, known as the Nazare Canyon, which creates constructive interference between the incoming swell waves, causing giant walls of water along the coast.

Fishing is also an important part of the lifestyle of the locals in Nazare and if you’re looking to have an authentic experience of Nazare, it is worth visiting the Fisherman’s District (Bairro do Pescadores). Here you’ll find fishermen mending fish nets, women in traditional Portuguese clothing and nets laden with fish. The town itself is packed full of seafood restaurants and there are plenty of places to enjoy a meal caught from the sea that day. Along the beach itself, you’ll catch sight of colourful fishing boats ready to hit the water.

Another must-see is the Igreja de Nossa Senhora da Nazare (The Sanctuary of Our Lady of Nazaré). Originally founded in the 14th century, it has been renovated throughout the 16th and 17th centuries and is an beautiful Baroque structure. You will find the venerated statue of the Virgin here as well as depictions of the Legend of Nazare.

Fifteen minutes drive from Nazare lies the Alcobaca Monastery, a UNESCO World Heritage Site founded in 1153 by the first Portuguese king, Afonso Henriques. The monastic complex went on to become one of the richest and most important in the country, hosting almost 1000 monks. Many monarchs from the 13th and 14th centuries are buried here including King Afonso I and Queen Urraca, and King Afonso III and Queen Beatrice. However, the monastery’s most important possessions are the two intricately carved 14th-century tombs of King Pedro and his beloved mistress Ines de Castro.

The tombs tell one of Portugal’s most tragic love stories. Heir to the throne, Pedro was the son of King Afonso IV and was married off to Constanza Manuel of Villena to help ally Portugal with Spain. Peter, however, did not fall in love with Constanza but her lady-in-waiting Ines and the two began a passionate love affair. When Constanza died in 1345, Ines was banished from court and King Afonso suggested different princesses Peter could select as a second wife. However, Peter refused and began living in secret with Ines, enraging his father. In 1355, King Afonso ordered three assassins to mercilessly kill her. Peter was devastated by her murder and was determined to exact his revenge. He revolted against his father, who died soon after and Peter ascended to the throne in 1357. As king, he had her body exhumed and crowned her queen posthumously, claiming they had married in secret before she died. He also had her assassins tracked down and killed, ordering that their hearts be ripped from their chest. To ensure they would be together in the afterlife, he had a royal tomb built for Ines and one for himself installed in the Alcobaca Monastery, carved with scenes from their life together. The tombs are placed foot to foot so that the pair could rise up and see each other straight away, and they are inscribed with words Até ao Fím do Mundo, or until the end of the world. The tombs are a Gothic masterpiece and some say the story of Pedro and Ines may have inspired Shakespeare’s Romeo and Juliet.

Visits to Nazare and Alcobaca are popular day trips from Lisbon and can be combined in one trip. Together, they offer an opportunity to have a taste of coastal living and an insight into Portugal’s history. If you’re interested in visiting Nazare, you may want to take a look at our Lisbon and Barcelona small group tour and our Discover Portugal tour which both visit Nazare. 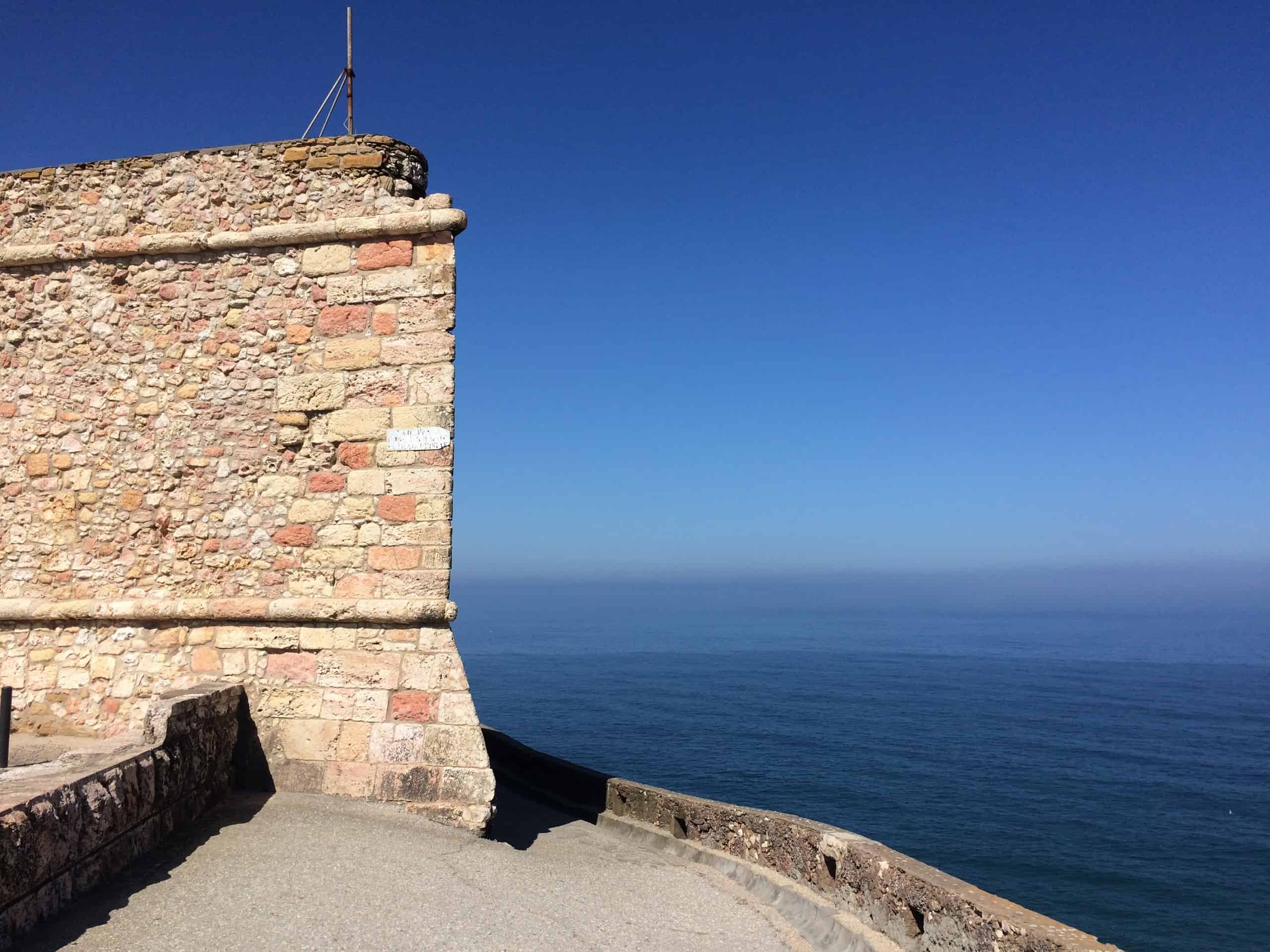