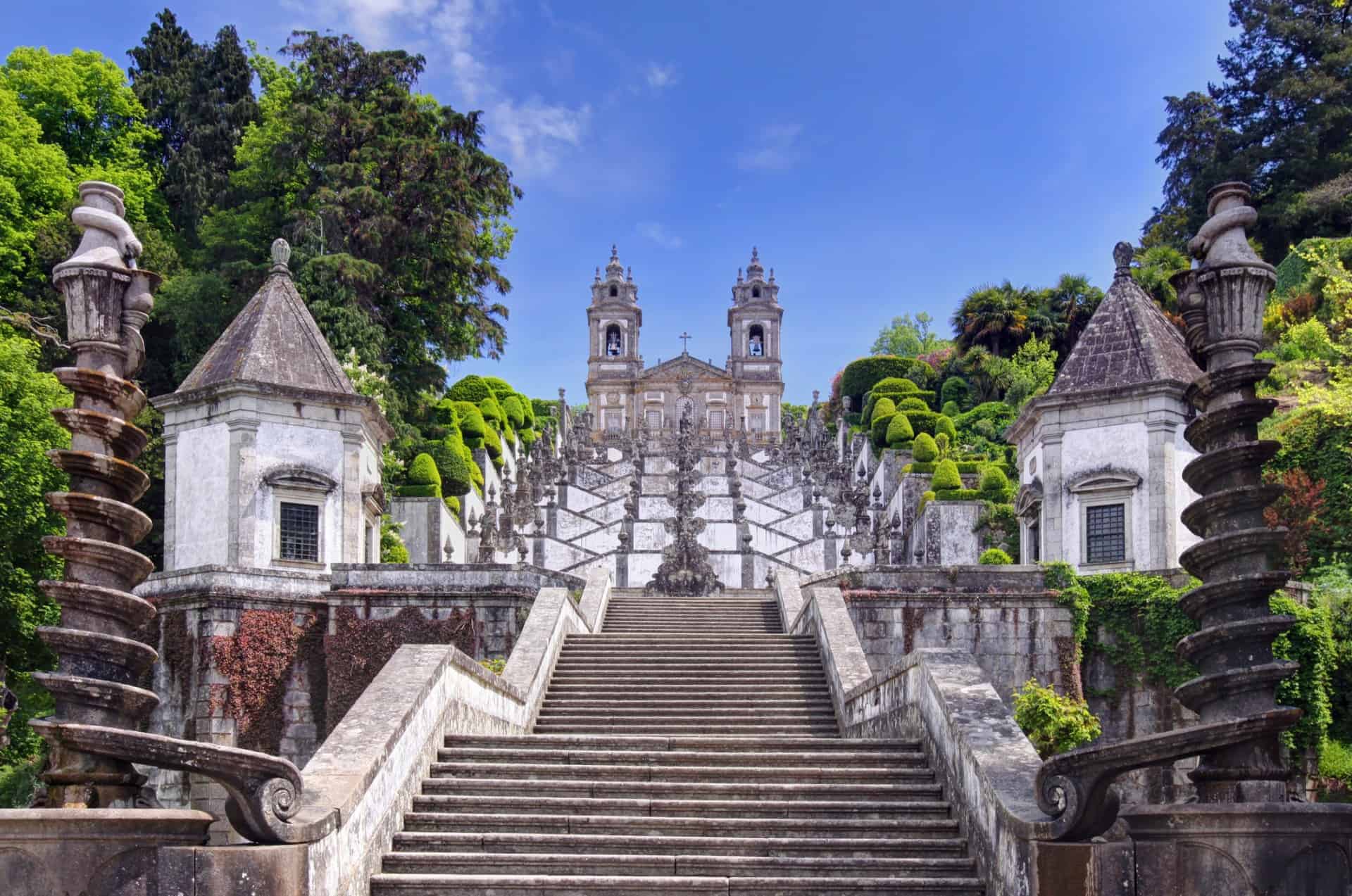 Braga is Portugal’s third-largest city and its most important religious centre. With almost four dozen places of worship, Braga is something of an ecclesiastical destination, particularly around Easter. However, a large student population also means that, despite the numerous churches, Braga is not just a historical or religious tourist site but a dynamic and eclectic city with a lot on offer. Braga offers a slice of authentic Portugal, nestled amongst hills beside the spectacular Peneda-Geres National Park and just an hour from Porto. With a moderate climate all year round and unhurried pace of life, Braga offers the perfect environment to explore the city’s cultural offerings and culinary scene.

First founded by a Celtic tribe, Braga was called Bracara Augusta by the Romans in 20 BC, making it the capital of their province Gallaecia which stretched all the way up into Spain. It developed greatly in the 1st century thanks to its location at the intersection of five Roman roads that were important for trade. However, in the 5th century that city fell to the Suebi (5th century) before being taken by the Visigoths in 585. Periods of conquest and reconquest followed with the city being captured by the Moors in 716 and recaptured by Ferdinand I, king of Castile and Leon, in 1040. Between 1093 and 1147, Braga became the residential seat of the Portuguese court and in the early 12th century, Count Henry of Portugal and bishop Geraldo de Moissac reclaimed the archbishopric seat for Braga, with power over a large area in Iberia. Today, Braga is an archiepiscopal see, and its archbishop is the primate of Portugal.

As a centre of Christianity during the Reconquista, Braga played an important role in medieval politics but the following centuries saw Braga’s slow decline in its power and prestige and it continued to face periods of growth and decline throughout the 20th century. Today, the city’s industries include the manufacture of firearms, jewelry, cutlery, furniture, electronics, textiles, and hats and it is host to the oldest Portuguese archdiocese, the Archdiocese of Braga of the Catholic Church.

Braga hosts many religious festivals but none are as significant as Semana Santa or Holy Week. The Holy Week in Braga is the most imposing, attractive and famous among all in Portugal, as well as the most important tourist and religious event in the city of Braga. Around 100,000 people attend the major procession with mixes elements of the liturgy with new and ancient traditions.

Braga Cathedral, or Se, is the oldest Cathedral in Portugal (erected several decades before the founding of the country) and a must-see sight. A twin-towered cathedral, it was founded in 1070 on the site of a Moorish mosque after the Christian Reconquest but only the original door of the main entrance remains of the original Romanesque structure. Today, the structure is a mix of different architectural styles with a Romanesque shape, filigree Manueline towers and roof (done by renowned architect João de Castilho), Gothic chapels and Baroque touches. As a testament to Braga’s importance in the Middle Ages, Henry of Burgundy, Count of Portugal and son of the country’s first king Afonso, was buried in a chapel at the cathedral following his death in 1112. Connected to the cathedral is the impressive treasury museum, the richest treasure in the country and replete with ecclesiastical riches. You can see a variety of chalices, crosses, goblets, coffers, vestments, sacred art and ceramics from across the centuries.

The Museum of Biscainhos is located in an 18th-century aristocrat’s palace and takes one on a journey through the daily life of a noble family in their palace. The palace itself is a sight to behold with beautiful 18th-century azulejos (tiles), incredible Baroque gardens and chestnut-panelled ceilings. Inside, you will find immaculate period furniture, a collection of Roman relics and 17th- to 19th-century pottery, paintings and furnishings. The most magnificent space is the ballroom where the family held their receptions. It has a vaulted ceiling with a painting by Manuel Furtado Mendonça, who also worked on Braga Cathedral. If the azulejo tiles interest you, you may want to check out the Centro Interpretativo das Memórias da Misericórdia de Braga (CIMMB Palacio do Raio) which has a wonderfully tilled facade in the Rococo style and features a collection of sacred art, textiles, paintings, sculptures, jewellery, pottery and old medical instruments.

The Castle of Brago (Castelo do Braga) is a historical fortification and defensive line encircling the city. Today, no cohesive structure remains, just various gates and remnants along its perimeter apart from the main keep tower, which is the only surviving element of the medieval castle. This thirty-metre high granite structure gives an idea of the five towers that guarded over the medieval walls.

Escadaria do Bom Jesus do Monte

Bom Jesus do Monte is a historic pilgrimage site on a hill outside Braga. Here, you’ll find a plain neoclassical church stands on a wooded hill that one can reach by climbing a monumental Baroque staircase that zigzags 116 metres up to the church. One each of the stairs’ landings you’ll find perpetually-flowing fountains, each dedicated to one of the five senses (touch, smell, taste, sight, sound). You can walk the stairs (there’s 580 steps) or use a funicular to reach the top but however you get there you are sure to be rewarded by spectacular views, particularly at sunset. Pilgrims are encouraged to climb the stairs on their knees.

Named after Archbishop Diogo de Sousa (1461-1532), this archaeological museum is home to a well-displayed collection of fragments from Braga’s earliest days. The collection comprises of items from excavations that took place in Braga, featuring pieces from Paleolithic times, the Roman period, Visigothic rule up until the Middle Ages.

GNRation is Braga’s arts and cultural centre, housed in an 18th century building that used to be old military police headquarters. Here you can enjoy galleries, concerts, film screenings, workshops and theatre performances and the space is designed to attract people, encourage creative thinking and provide ideas and businesses in the area. It was designed as part of Braga being awarded the European Youth Capital 2012.

If this has sparked your interest in the unique city of Braga with its many museums, monuments of religious history, churches and relics of medieval times (as well as bars, cafes and quirky shops), then you may be interested in our Spain and Portugal small group tour that spends two nights in Braga and visits the main sights of this lively city as well as stopping at a local port lodge for a guided tour and tasting of port. If you’re interested in Portugal tours, take a look at our tours of Portugal and the many beautiful cities we visit. For independent travellers, Braga is easily accessible as a day trip from Porto, taking around 40 minutes on the train or a 35 minutes drive from Porto airport. 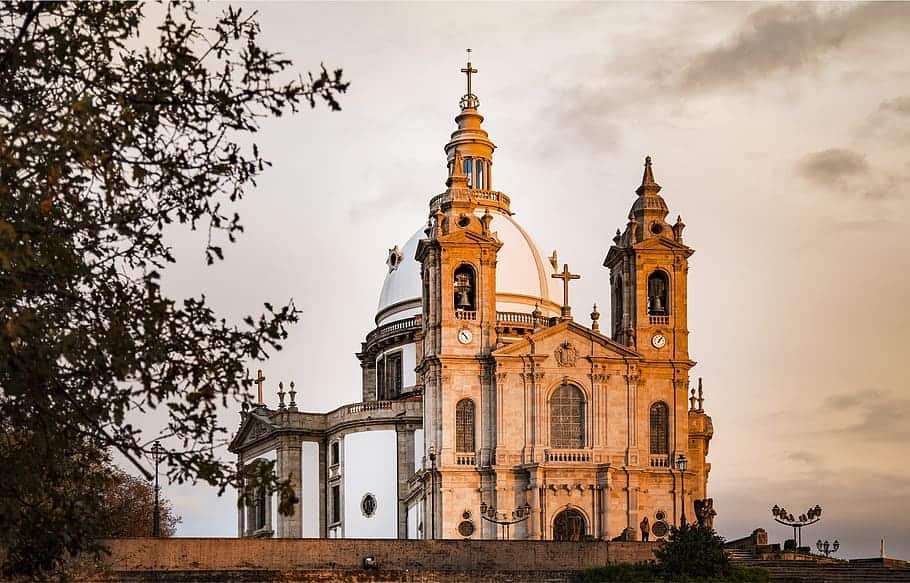