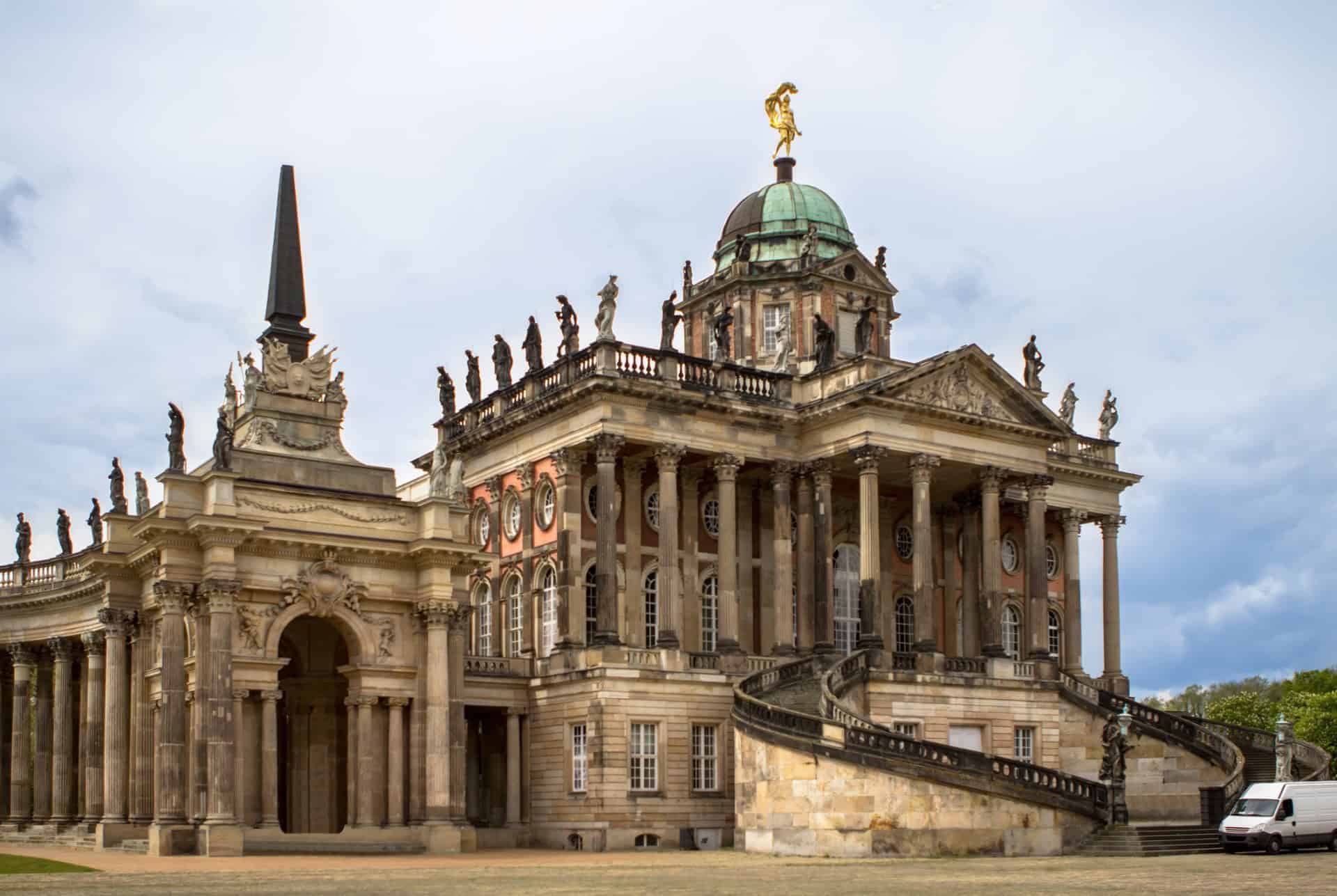 A UNESCO World Heritage Site that attract up to three million visitors annually, Sanssouci Park is undoubtedly one of most splendid places in Germany and has remained unscathed despite two World Wars. Today you can enjoy guided tours of Schloss Sanssouci, which sits atop a terraced hill overlooking the gardens, Orangeries, a small palace built to house guests, Neues Palais, the largest of the palaces built 22 years after the rococo Sanssouci Palace, and Schloss Charlottenhof, the smallest of the palaces and built in a neo-classical style.

The History of Sanssouci

In French, Sanssouci translates to ‘carefree’ and it seems that this was Frederick the Great’s attitude when it came to the building and garden design process. He made sure every corner of the summer residence was as comfortable and beautiful as possible. Frederick the Great, otherwise known as Frederick II, succeeded the throne in 1740 after his father’s passing. Work began on the project in 1742, when Frederick the Great was 30 years old and commanding his army in Bohemia but being on the battlefield did not prevent him from creating a magnificent rococo palace and a six-story cake of vineyard terraces. Frederick wanted a palace that could be his refuge and although Frederick hired an architect, Georg Wenzeslaus von Knobelsdorff, the king himself drew the sketches from which von Knobeldsdorff created the magnificent pleasure palace. Construction on the palace finished in 1747 and Frederick moved into his new home straight away, leaving his wife Elisabeth Christine at Schonhausen Palace in Berlin. During Frederick’s reign, the majority of visitors to the palace were men and so there were no facilities for women for many years.

Sanssouci Palace is smaller than many European houses and is spread out across a single story, similar to a Roman Villa. The park surrounding the palace is sprawling and expansive and one can explore a variety of gardens, colonnades, fountains and vineyards.

The Picture Gallery in the park of Sanssouci palace was built in 1755–64  east of the palace. Frederick was a lover and collector of art and the walls of his rooms in Sanssouci were adorned with paintings of his favorite artist Antoine Watteau. He had the Picture Gallery built to house his newly assembled painting collection and here he presented almost 180 of the best works of Flemish, Renaissance and Dutch Baroque artists. Today, it remains the oldest extant museum built for a ruler in Germany and you can still enjoy exhibitions and see over 140 outstanding paintings from the 16th – 18th centuries, including Caravaggio’s Doubting Thomas, five works by Anthony van Dyck, seven works by Peter Paul Rubens, including his St. Jerome, as well as paintings by Jan Lievens, Jacob Jordaens, Thomas Willeboirts Bosschaert, Gerard de Lairesse, Carlo Maratta, Ciro Ferri, and others

In 1763, Frederick commissioned the construction of the New Palace or Neues Palais which was completed in 1769. It is considered to be the last great Prussian Baroque palace and was used to house royal guests and host lavish banquets. Frederick himself preferred the smaller Sanssouci as a residence but he had apartments in Neues Palais furnished for members of his family, excluding his wife who was not welcome at Sanssouci and continued to live separately from the king. Today, Neues Palais is vaster and more imposing than the more intimate Sanssouci with opulently decorated banqueting halls and galleries and an impressive decorative dome.

Charlottenhoff Palace is located in the southwest of the Sanssouci complex. It is named after Maria Charlotte von Getnzkow, who originally owned the property when it was a farmhouse between 1790 to 1794. King Frederick William III of Prussia bought the land that bordered the south of Sanssouci Park and gifted it to his son Frederick William and his wife Elisabeth Ludovika in 1825. The Crown Price commissioned the architect Karl Friedrich Schinkel to remodel the farmhouse and the project was completed in 1829, with the farmhouse being converted into a neo-classical palace. The palace has ten rooms which remain largely in tact. The most well-known room is the tent room, fashioned after a Roman Caesar’s tent with blue and white striped wallpaper and matching bed tent and coverings. It is also worth visiting the Humboldt Room, known for its collection of Italian engravings.

The last and largest palace built at Sanssouci is the Orangery Palace located near the northern border of the park. It was built between 1851 and 1864 on orders of Frederick William IV. A Renaissance-style palace, the Orangery Palace features royal halls with marble statues, a servants’ lodging, and two halls built to accommodate potted plants. The long construction period meant several designs of the palace were conceived and many different architects were consulted. Today, the palace is a great example of Prussian architecture and houses a collection of fifty copies of Rafael’s paintings.

The park is open from 8am until sunset and both Sanssouci Palace and New Palace are open all year round. The other buildings, such as Orangery Palace and Charlottenhof Palace, are generally closed over winter. The park is best explored between May and September when the park is bursting with colour and perfect for picnics. 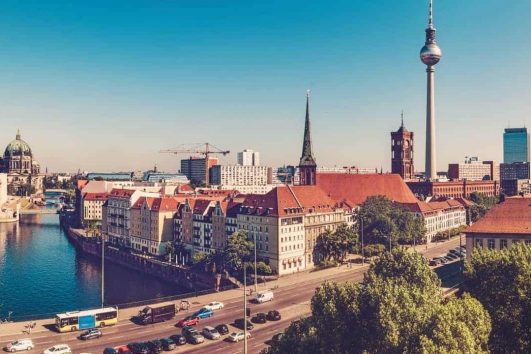