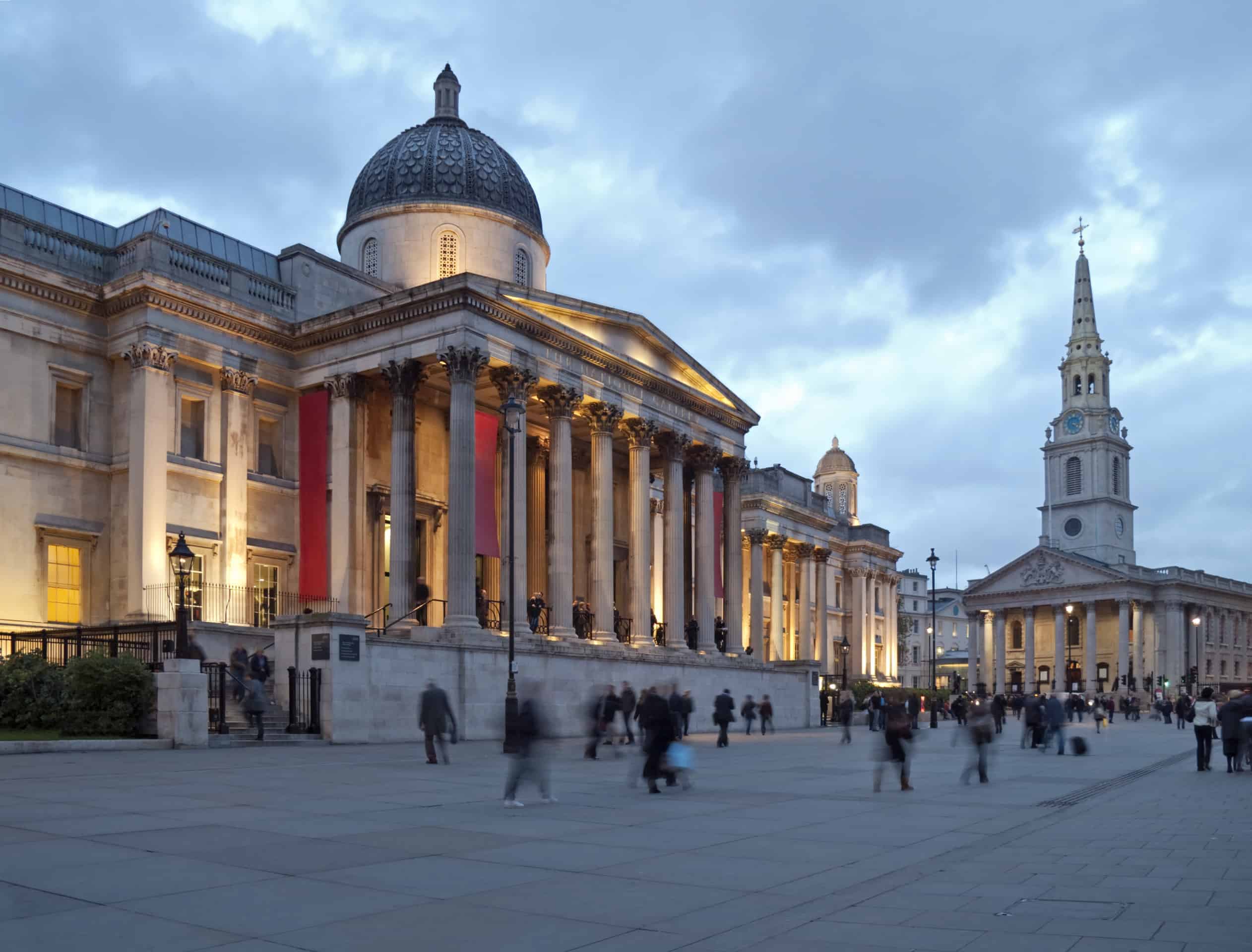 Are these the Best Art Galleries in Western Europe?

It’s no secret that Western Europe is home to some of most spectacular art galleries in the world. These grand neoclassical buildings are hard to miss, but it’s often difficult to put aside the time to pay proper attention to the most significant galleries, their scale making it a challenge. Often, the best way to go about properly engaging with the art is to do some research in advance. If you check a large gallery’s website, it will usually provide tips suggesting how to make the most out of the visit in a short amount of time. It’s also easy enough to find a list of the most famous or significant works displayed in a gallery, and where to find them. So, before your visit, take the time to discover what kind of art will be on offer, and work out whether there are particular styles, artists, or eras that you especially like. Because works of a specific style will usually be concentrated in a single wing, or area, you can spend the limited time you have with the art you most enjoy.

However, if you can afford it, putting aside a few days to spend at a single gallery can be a wonderful experience. Take time to look at individual objects, discover new ones, and don’t feel pressured to move rapidly to the next thing, forgetting whatever you last saw. Enjoying art isn’t about ticking boxes or seeing as much as possible in as little time as possible, it’s about strolling through history and marvelling at skill, creativity and beauty.

Sure, all the venues on this list are famous and popular, but they’re famous and popular for a reason. Other blogs in this series will tackle places that are a little more off the beaten path, but, for now, where do you go to see the biggest and the best?

Established in 1819, The Prado, located in central Madrid, is considered to have one of the world’s best collections of European art. And of course, there is no better place to find Spanish masterpieces, particularly paintings by Goya and Velazquez. The building itself is spectacular, surrounded by green lawns and designed by neoclassical architect Juan de Villanueva. Like many of the galleries on this list, the more time spent at The Prado, the more you’ll get from it. Following the acquisition of a nearby army museum, giving the gallery over 60,000 square feet of additional space, the Prado is now Spain’s largest museum.

If you’d like to see the Prado on an Odyssey tour, you can join us on our Small Group Tour of Spain and/or the Habsburg Spain vs Tudor England history tour.

Along with the Rijksmuseum and the contemporary art Stedelijk Museum, the Van Gogh Museum is one of Amsterdam’s finest museums. Van Gogh is indisputably one of the greatest nineteenth century artists, and visiting his museum is a wonderful way to come to understand his life and artistic development. The permanent collection includes a number of stunning works, including The Potato Eaters and, of course, paintings of wheat fields and daffodils.

Even if you’re not especially enamoured with Van Gogh, the building itself is spectacular, light and airy, relaxing and impressively modern. It has undergone several renovations and extensions since it’s opening in 1973, and is one of Europe’s most popular galleries. As with several of the venues on this list, the Van Gogh Museum is very popular, and it’s usually worth buying tickets in advance to make sure that you can skip the queue.

If you’d like to see the Van Gogh Museum with Odyssey, join us on the Guided Small Group Tour of European Art Galleries .

The Pompidou is best known for being inside out. When it was opened in the 1970s, with escalators, it was nothing less than an architectural revolution, its steel frame, ventilation ducts, escalators, and plumbing all exposed on the building’s exterior. But there’s more than the striking design that makes The Pompidou worth a visit. Along with over 50,000 works, the featured exhibitions are often fascinating and extensive, from retrospectives of major artists, to themed exhibits spanning a wide range of modern and contemporary work.

The Pompidou’s permanent collection, dedicated to modern and contemporary artists, is divided into to sections: 1905 to 1960, and 1960 to the present. Another feature of the Centre Pompidou that is worth seeing: The Atelier Brancusi. Constantin Brancusi was one of the twentieth century’s most important sculptors. He bequeathed his work to the French state, to be transferred on his death under the condition that it be kept in an exact recreation of his studio space. For Brancusi, the arrangement of works within his studio was itself an artwork. Opposite the main Pompidou, and open from 2pm-6pm each day, the Atelier Brancusi is well worth a visit.

Originally just one museum, The National Gallery of British Art, the Tate now includes a network of four museums, including the Tate Britain and the Tate Modern in London. These galleries primarily hold British and modern art. The Tate Britain spans the year 1500 to contemporary works, and frequently holds provocative and entertaining exhibitions. It also holds the largest collection of Turner paintings in the world, among many other impressive acquisitions. The Tate Modern is equally worth a visit. Opened in 2000, the gallery has continued to expand. Recently, the gallery was extended with the addition of the Blatavnik Building (named for the British-Russian billionaire who helped fund it). In its first month open, the new building hosted more than a million visitors, and the Tate galleries have continued to be increasingly popular year to year.

If you’re a fan of Dutch art, nothing beats the Rijksmuseum. Highlights include Rembrandt van Rijn’s famous The Night Watch, Vermeer’s The Milkmaid and The Threatened Swan by Jan Asselijn.

However, if you’re jetting through Amsterdam and don’t have time for a stop in the city, a branch of the Rijksmuseum has been set up in Schiphol Aiport. Opened in 2002, the small airport-based gallery has been recently renovated to provide a custom-designed, dedicated exhibition space, in which a small number of paintings by golden age Dutch artists are on display. Not only is a visit to this small gallery one of the best ways available of passing the time in any airport (anywhere in the world), but entry is free, and it’s open 24 hours a day!

If you’d like to see the Rijskmuseum with Odyssey, join us on the Guided Small Group Tour of European Art Galleries .

The Uffizi Gallery, in Florence, is worth a visit for the building alone. Located in the city’s centre, next to the Piazza Degli Signora, the architecture is magnificent. The gallery is home to some of the most important Renaissance art, including works by Michelangelo, da Vinci, and Botticelli’s The Birth of Venus. Make sure to save time for a drink or snack in the cafe for a spectacular view of the Palazzo Vecchio. While entrance to the Uffizi is free on the first Sunday of each month, the free days tend to be extremely busy, so it’s worth paying the ticket price to enjoy a less crowded experience.

In the centre of Brussels (and just around the corner from the fabulous Magritte Museum) is Belgium’s Musee de Beaux Arts. With an extraordinary collection of Dutch and Flemish art, along with plenty of other neoclassical masterpieces, housed in one of the city’s most beautiful buildings, this museum is a must-see. While there are many gorgeous paintings hanging on the walls, Bruegel’s Fall of Icarus (described in Auden’s famous poem, Musee des Beaux Arts) is especially memorable.

If you’re not going to be in Belgium in the foreseeable future, you don’t have to miss the museum entirely! In collaboration Google and the gallery – in celebration of the 450th anniversary of Bruegel’s death in 2019 – have created an extraordinary virtual reality project which allows you to explore the artist’s paintings in astounding detail, as if you were even closer than right next to them.

No trip to London is complete without a visit to The National Gallery. It undoubtedly has one of the world’s greatest collections of European art. Covering the 13th to the early 20th century, the building houses some of the great masterpieces including van Eyck’s Arnolfini portrait, Titian’s Bacchus and Ariadne, and The Virgin of the Rocks by Leonardo da Vinci. The National Gallery is, in itself, a cultural hub. The permanent collection is available to view free of charge.

Beyond the art, the gallery offers a range of tours, lectures, and courses for those keen to learn more about the art, its history and context. And The National Gallery gift shop, restaurants and cafes are unusually good. There are even workshops in which you can create your own art. There are also regular concerts held at the gallery, often with themes that reflect an exhibition (such as ‘The Music of Degas’s Dancers). Before you visit, check the calendar to see what’s on, and whether any of the events catch your interest.

On the banks of the Seine, the Musee D’Orsay is the foremost gallery dedicated to the impressionist art movement. Perhaps the most beautiful building on this list, the gallery is in a railway station, converted in 1986.

Before you visit, do some research on ticketing, as there are a range of options, including combined tickets to multiple museums during a specified period.

Even if you’ve visited The Louvre (the world’s largest art museum) many times before, there is always something new to discover. Despite its immense popularity, if you wander enough, you are still likely to find a room in which you can be alone with the art. And even if you’ve visited many times before, the gallery is large enough that it’s likely that you’ll stumble across a work or wing that has never before caught your attention.

The Louvre is far more than an art gallery; the building itself is a monument to history. The building opened as a fortress in the twelfth century, and was converted into a gallery in 1793 with an initial 537 paintings. It now holds around 38,000 objects.

If our list of the best art galleries Europe has piqued your interest, you might want to think about joining one of Odyssey’s art and literature tours. Of particular interest might be: