Once labelled the “sick man of Europe”, Germany is now the continent’s largest economy and the sixth largest economy in the world. This article outlines some of the highlights of any visit to Germany.

If you’re interested in visiting Germany, you might want to take a look at some of our other articles:

Germany is now an economic powerhouse

Germany suffered from low economic growth compared to its neighbouring countries through the 90s and early 2000s after absorbing the cost of reunification in 1990. A Solidaritätszuschlag (Solidarity Surcharge) on top of income tax was levied on German taxpayers to rebuild East German infrastructure following the fall of the Berlin Wall, an amount which experts have estimated to have cost 1.3 trillion euros (US$1.5 trillion or AUD$2 trillion) over the past two decades.

Germany was able to turn the economy around with the sacrifice of unions and work councils, who agreed to hold down wage growth and help the largely family-owned German businesses flourish. Germany also began exporting machinery, vehicles, and other products to emerging markets. The country became the largest source of imports in eastern Europe by 2003 and was looking stable by 2005, cushioning the effects of the recession that hit Europe in 2008.

Backed by low unemployment and a robust economy, Germany provides its citizens strong social support, enabling them to live securely and comfortably despite the fact that the average German would most likely not own his home and have lower personal wealth than the average French or Italian. German economic historian Werner Abelshauser said in 2013 that the social state (Sozialstaat) is part of a German’s wealth, allowing him not to rely too heavily on personal wealth to live a good life.

So, Germany’s having fun, and the world is having fun in Germany. In 2017, Germany was voted third most tourist-friendly country in the world (after Spain and France) by the World Economic Forum.

Odyssey Traveller organizes small-group tours for over-50s travellers to Germany. Let’s look at the reasons why Germany is one of the world’s top holiday destinations:

From the tranquillity of the Cologne Cathedral to the frenetic energy of Oktoberfest, Germany offers diverse sights and experiences, attracting visitors from all walks of life. Lovers of classical music troop to Leipzig every June for the Bach Festival, two whole weeks dedicated to the composer Johann Sebastian Bach which concludes with Bach’s Mass in B minor performed in St. Thomas Church. Cinephiles eagerly await the Berlin International Film Festival; every February, the city of Berlin rolls out the red carpet for the world’s biggest film stars and screens more than 400 experimental and mainstream films.

That’s just the tip of the tourism iceberg. The German National Tourist Board spoke to 32,000 visitors from 60 countries to ask them their favourite destinations, and listed the top 100 choices for 2017. Here are some of the destinations included in the list:

Founded in 2000, Miniatur Wunderland is a model railway attraction in Hamburg and is the biggest attraction of its kind in the world. Covering 6,800 square meters of floor space, it features realistic miniature replicas of the Alps and Austria, America (featuring Las Vegas and the Grand Canyon, among others), Hamburg and the Hamburg Airport, Harz, Italy, Scandinavia, Switzerland, and a fictitious city called Knuffingen. Here, visitors can watch railway operations unfold and even experience day turn into night every 15 minutes.

Despite the name, Germany’s Romantic Road actually has modern roots. The 400-kilometre route from Würzburg to Füssen was created in the 1950s to enliven Germany’s ailing tourism industry. It serves as a sampler of quintessential German art and architecture, leading visitors through the vineyards in the Tauber valley, the walled town and timbered houses of Rothenburg ob der Tauber, and the monasteries of Pfaffenwinkel, before ending at the Neuschwanstein Castle, which looks like a palace straight out of a fairy-tale. 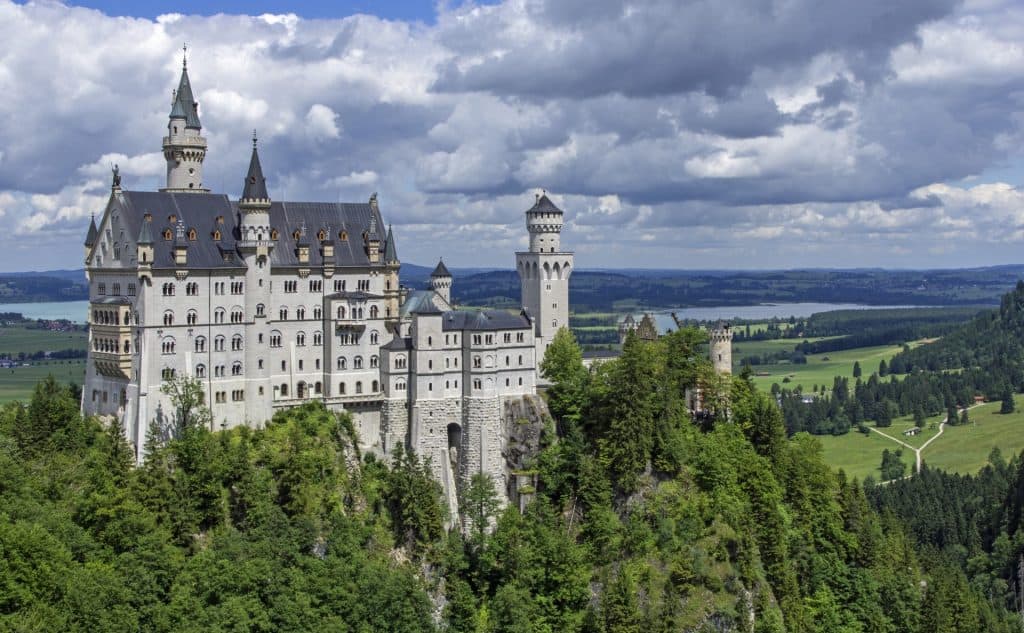 This 19th century castle built on a rugged hill in southern Bavaria was commissioned by Ludwig II in 1869, three years after being forced to cede the Bavarian throne to the Prussians. Ludwig withdrew from public view and focused on his private retreat. The castle’s design and interiors mirrored the king’s love of medieval legends and of Wagner’s operas, incorporating details from Tannhäuser, Lohengrin, and the Castle of the Holy Grail from Parsifal. 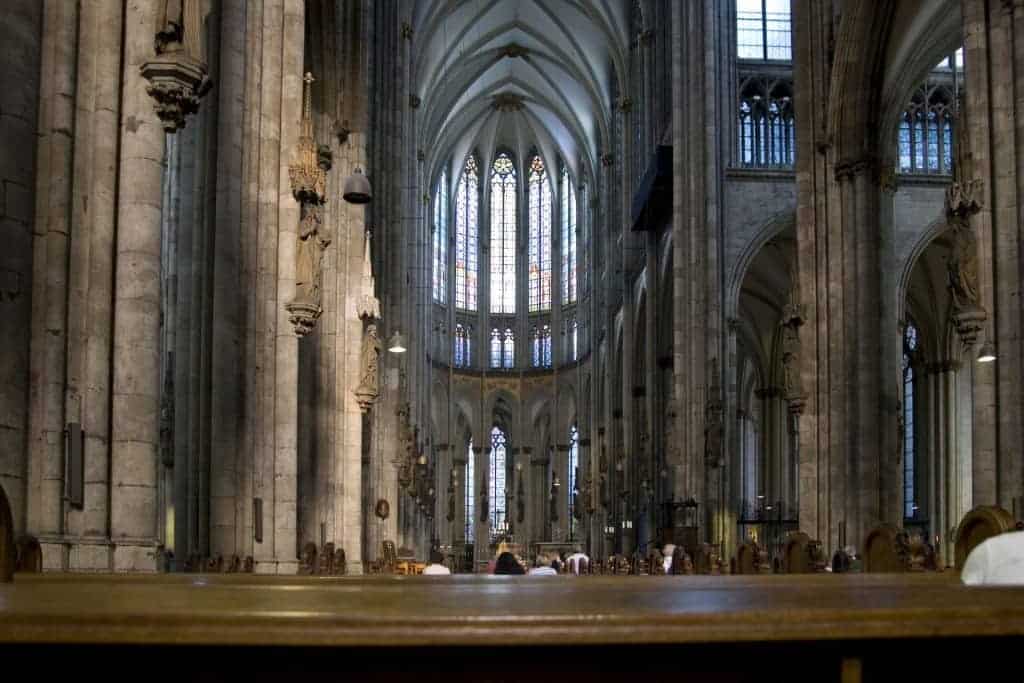 This massive Gothic cathedral dates back to 1248 and was declared a UNESCO World Heritage Site in 1996. Cologne Cathedral can hold 20,000 people and has breathtaking stained-glass windows and houses the shrine of the Magi or the Three Wise Men. A number of cultural events are held in and around the cathedral, including organ recitals and choir performances. 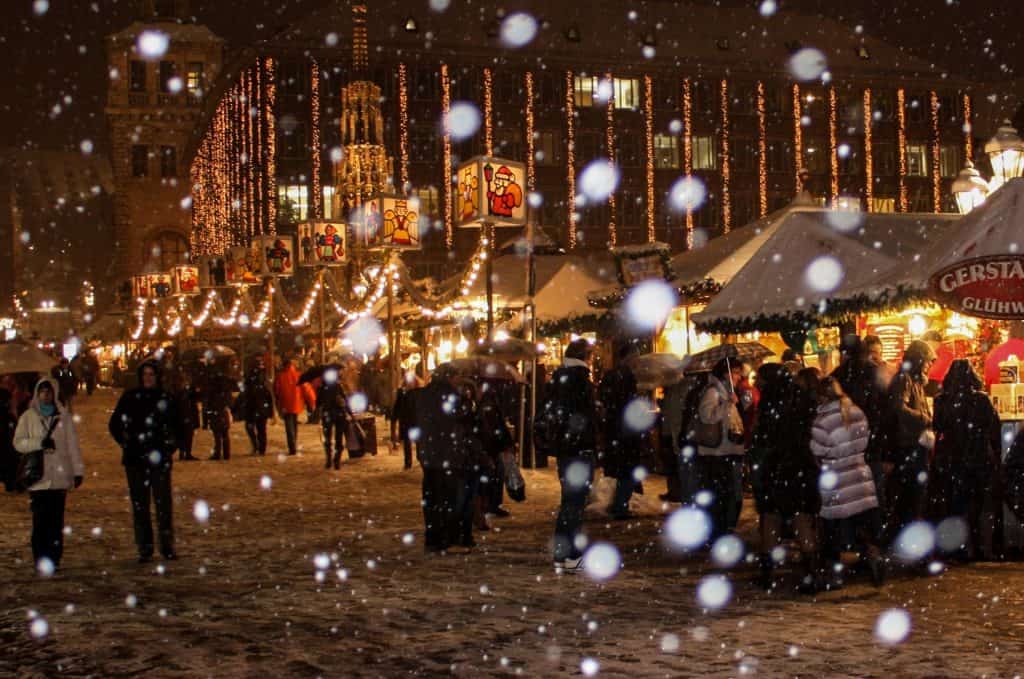 The annual Christmas market in Nuremberg’s Main Market Square dates back to the 16th century and is Germany’s most famous Christmas market. Visitors can soak in the medieval atmosphere and sample the original Nuremberg lebkuchen (gingerbread) and bratwurst and wash it all down with blueberry Glühwein. 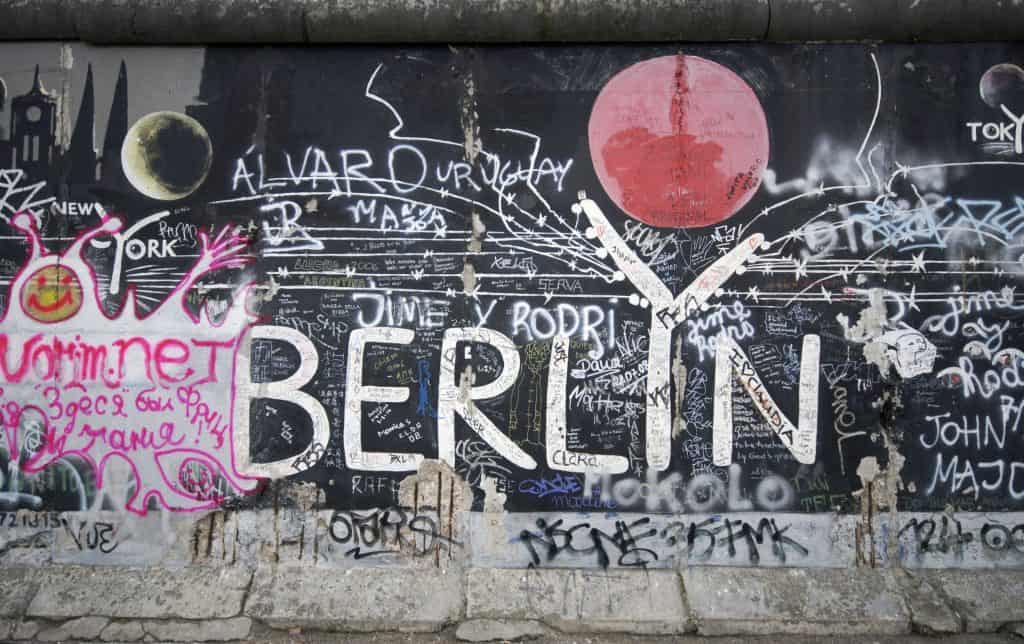 The Berlin Wall, which once divided the city in two, was demolished in 1990. Fragments remain in the city, and visitors can view them through the Berlin Wall Trail that follows the path of the former wall. There are information panels that provide more details about the barrier that cut off West Berlin from the rest of Germany. A portion of the wall was painted by artists from 21 countries in 1990 and is now the colourful East Side Gallery. 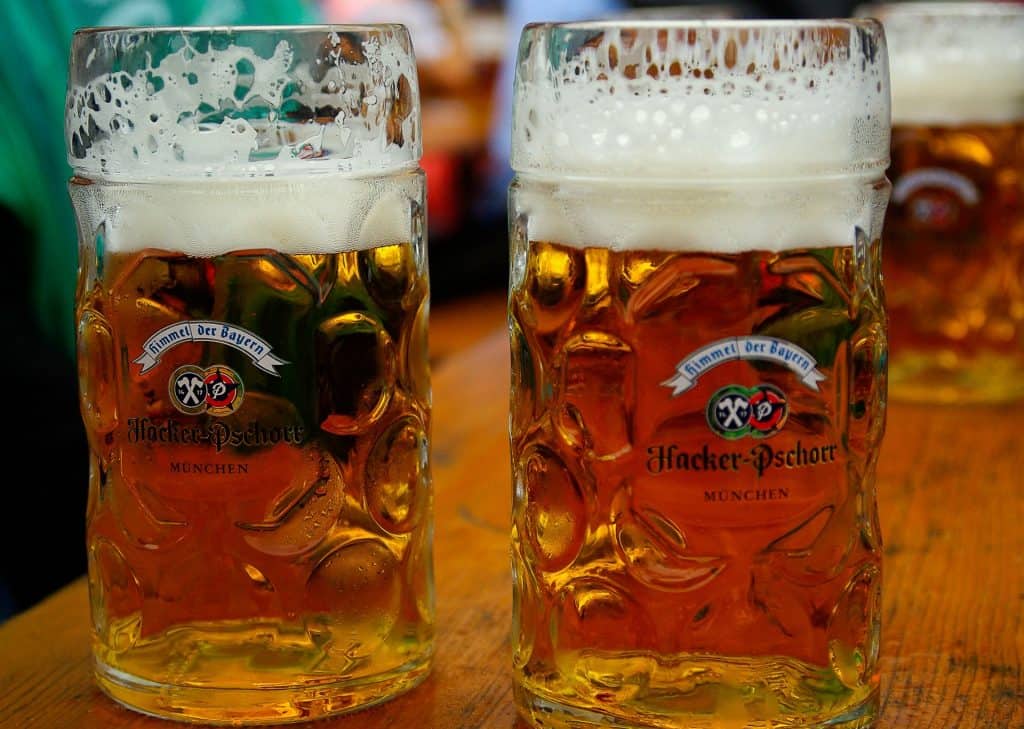 The world’s biggest folk and beer festival was first held in 1810 in honour of the wedding between Crown Prince Ludwig of Bavaria (later King Ludwig I, grandfather of Ludwig II) and Princess Therese of Saxony-Hildburghausen. The festival is still held on the original meadow named after Ludwig’s bride—the Theresienwiese, or “Wiesn” for short.

Other cities in the world hold their own version of the Oktoberfest, but nothing beats the original festival in Munich, which welcomes more than six million visitors every year. The only beer served comes from Munich breweries, but there are also tents that serve wine and coffee. Those visiting with their families and children can check out the fairground attractions and live music performances. 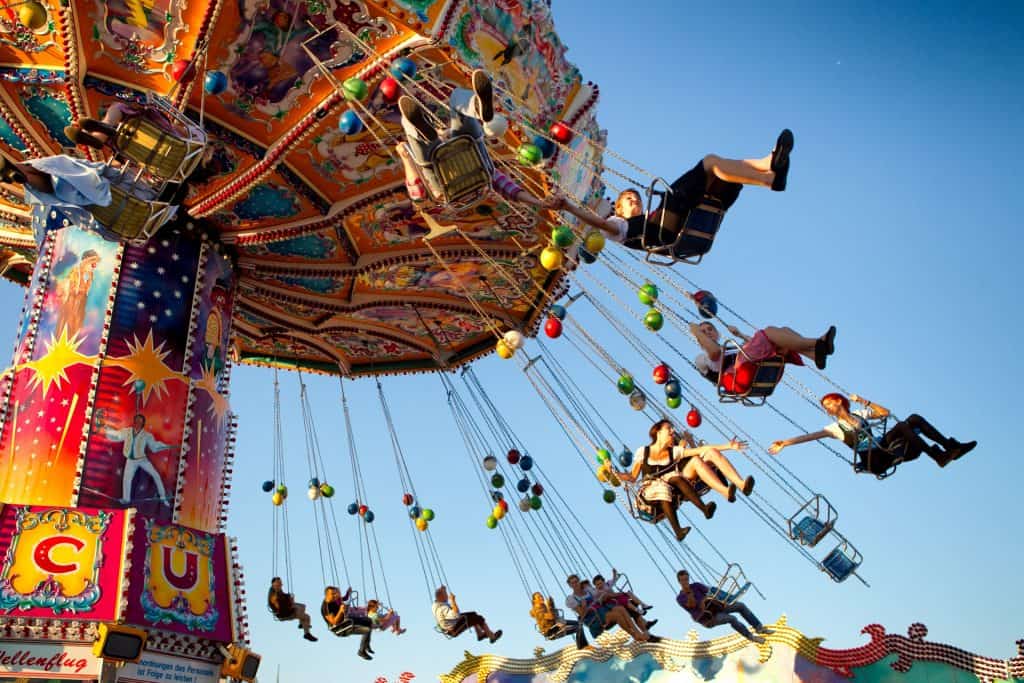 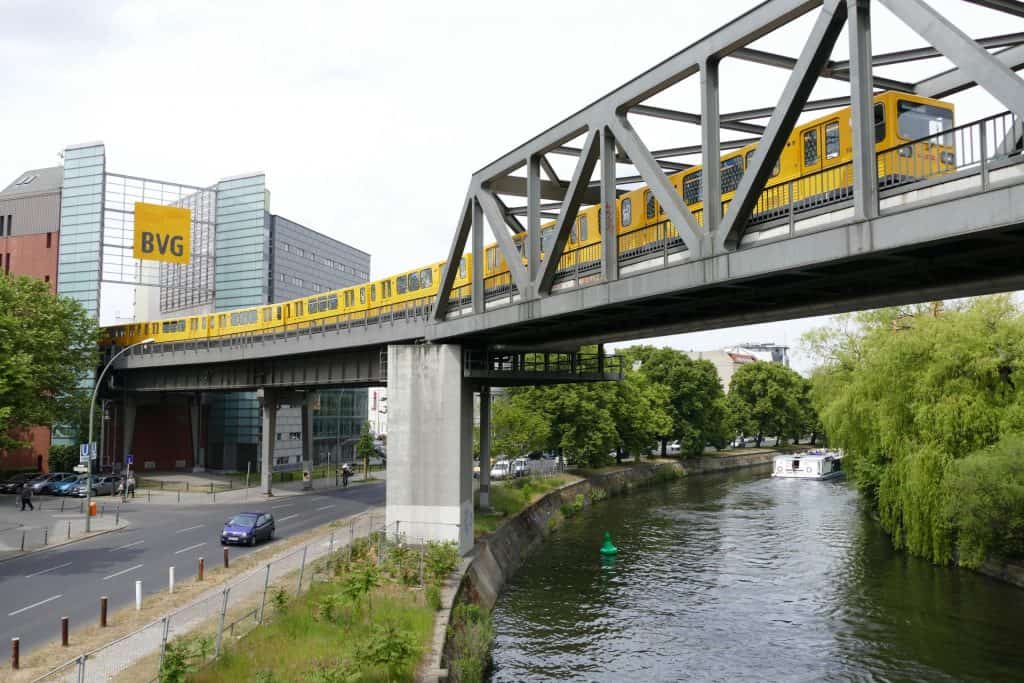 Germany has an excellent and extensive public transportation system that makes it easy for visitors to go around major cities and visit several destinations in a day. The major cities have four types of public transportation: the U-Bahn (Untergrundbahn) rapid transit system, the S-Bahn (Stadtschnellbahn, or city rapid rail), the Straßenbahn (streetcars/trams), and buses. Some cities and suburbs also have the Stadtbahn (light rail).

Visitors used to the train systems of other countries might find it strange that Germany’s S- and U-Bahn have no turnstiles. But don’t be tempted to skip buying a ticket! Plain-clothes controllers can stop anyone to check, and getting caught without a valid ticket or pass comes with a hefty fine. 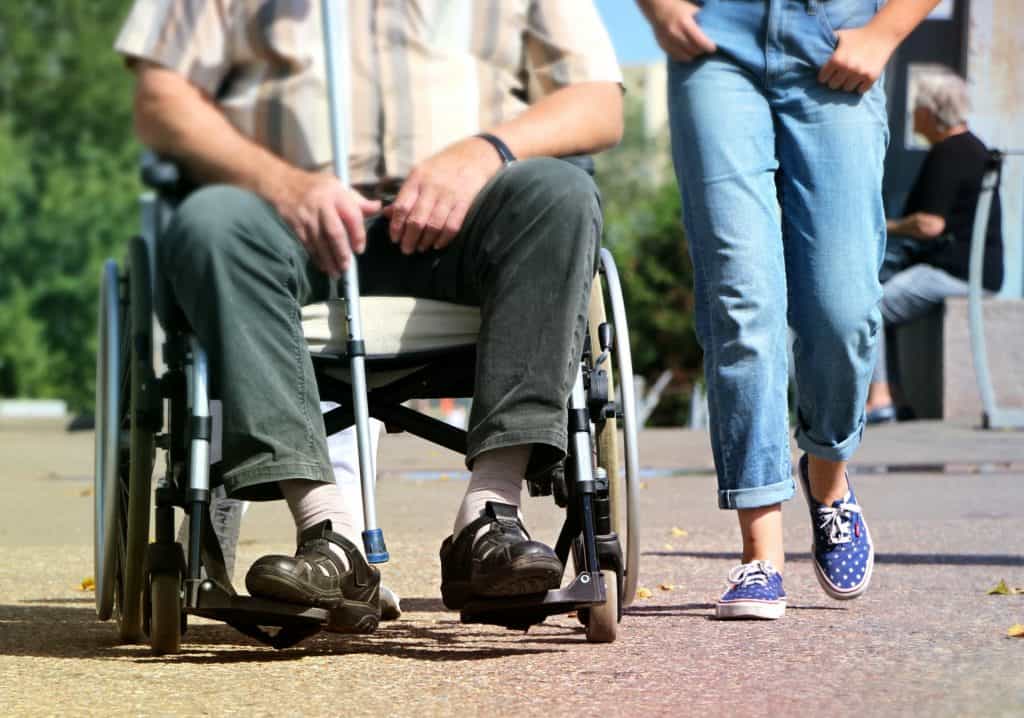 Germany has an association called the Association for Barrier-free Destinations in Germany, which is a group of cities and tourism regions committed to developing travel packages for visitors with restricted mobility, or those who are deaf, hard of hearing, blind, or partially sighted. Among its many recommended barrier-free destinations are East Frisia, which has the Park der Gärten in Bad Zwischenahn which offers sensory tours, including a touch garden and a scent arena; the Ruppiner Lakes region north of Berlin with its range of accessible accommodation, even Barrier-free house boats; and the Lusatian Lakes, which has flat asphalt cycle paths ideal for those who want to go around on an electric bike, hand bike, or wheelchair. Blind or partially sighted visitors can also go on tandem cycle tours.

The Association works hard to add more destinations every year. 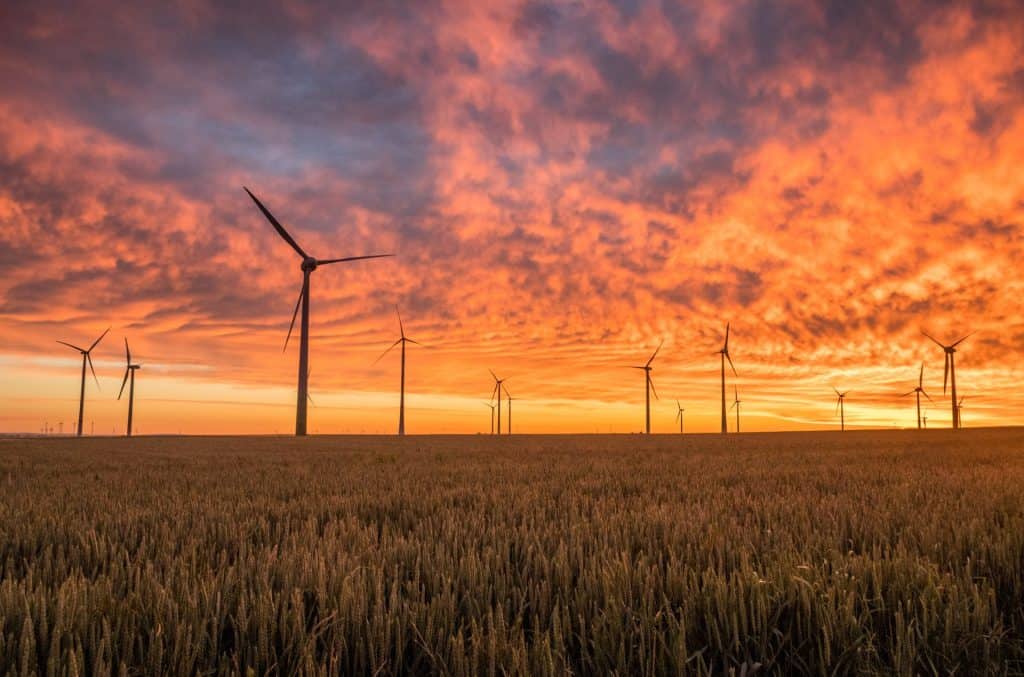 Germany is seen to be leading industrialised nations in the retreat from fossil fuels. Following the 2011 meltdown at Japan’s Fukushima nuclear power plant, Chancellor Angela Merkel declared that Germany would shut down its 17 nuclear reactors by 2022. In 2017, a record 36.1 percent of Germany’s electricity came from renewable sources such as wind and solar energy. The first half of 2018 saw Germany produce a combined wind, solar, biomass, and hydroelectric power output of 104 billion kilowatt hours (kWh), enough to power the country for the rest of the year.

This focus on sustainability extends to the tourism industry. More than a third of the country’s land area is protected, covering 16 national parks, 15 UNESCO biosphere reserves, and more than 100 nature parks.

In addition to the public transportation system, a number of hotels and restaurants source regionally and operate with energy efficiency and the environment in mind. Germany releases sustainability certificates to accommodations and restaurants that uphold environmentally friendly practices, including certificates for resource-saving energy management, use of renewable energies, and seasonal and regional cuisine. 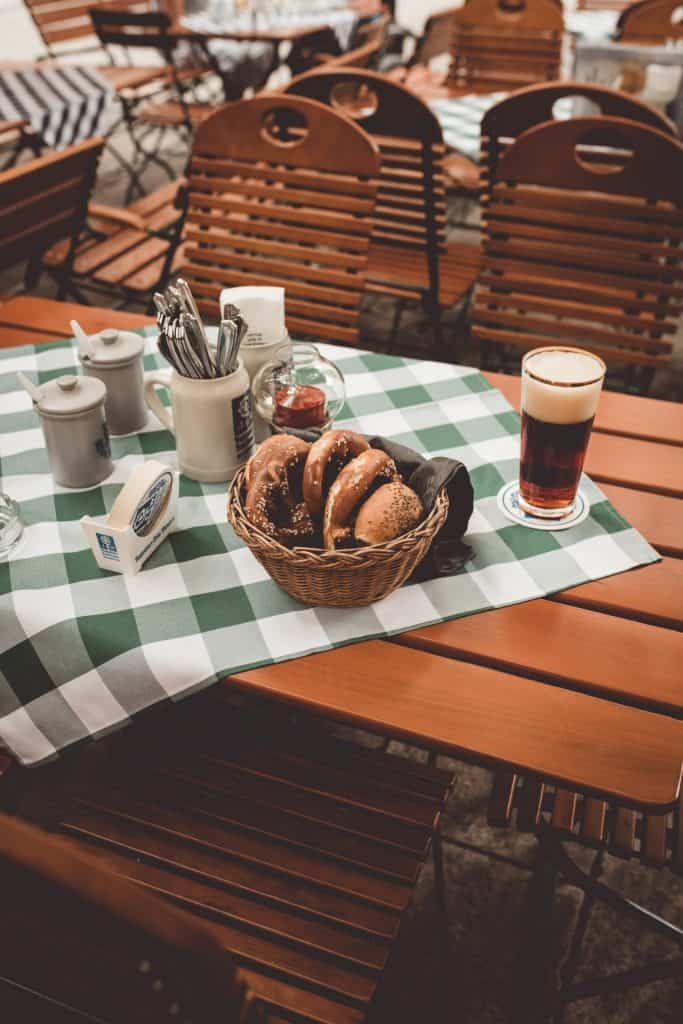 No visit to a country is ever complete without sampling its food. Some German food have become ubiquitous—bratwurst and sauerkraut are now familiar dishes in international cuisine. But some traditional dishes are so special even their manufacture is rigidly controlled, and promise to be a culinary experience of a lifetime.

The Thüringer Bratwurst was first cooked 600 years ago and is still a popular treat in the country. This protected brand can only be produced using premium pork and beef from Thuringia.

In Bavaria, beer is still brewed in accordance to standards set more than 500 years ago. There are now over 40 different varieties of Bavarian beer to sample and enjoy, from the refreshing Radler, a summer drink that is 50% lemonade, to the robust Bockbier, which can have an ABV (alcohol by volume) of up to 14%.

Aachener Printe is a special type of gingerbread cake from North-Rhine Westphalia and may only be produced in the city of Aachen. Visitors can buy varieties of Printe, from the simple spiced Printe to Printe topped with icing.

Another traditional Christmas pastry is the Dresdner Christstollen, a Saxon speciality made from yeast dough, butter, and dried fruits, and dusted with icing sugar. It is a protected brand that can only be produced in the Dresden metropolitan area.

Gute Reise! (Have a good trip!)

Enjoy the best of Bach travelling with mature couples or solo travellers in a small group tour. We take time to appreciate not just the music but also to explore Bach’s history and influences in Germany. The program spends 16 days visiting the locations that where influences on his life as well as attending the Bach Music festival in Leipzig.