Ten books to read about Berlin

There are few cities in which history is as palpable as it is in Berlin. From its medieval origins, to grand Baroque capital of Prussia, and on to its tragic 20th century history and current rebirth, Berlin has had a troubled but always fascinating history. Here at Odyssey Traveller, we’ve selected ten books (both fiction and non-fiction) to bring this story to life, with protagonists including aristocrats and Nazis, Stasi informants and punks.

If you’re keen to visit Germany, we have several other articles and lists on our blog that may be of interest to you: 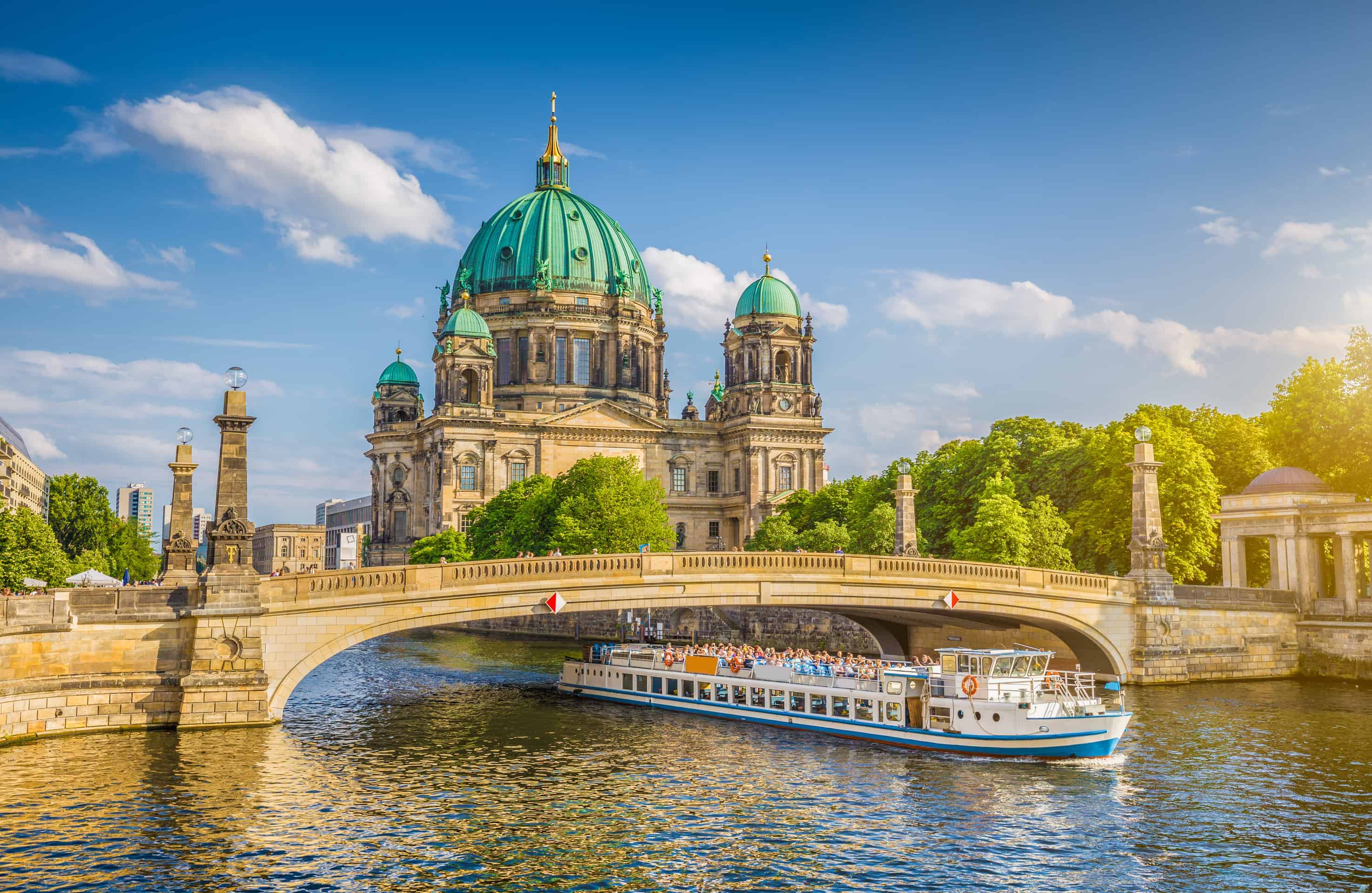 Berlin is a city of fragments and ghosts, a laboratory of ideas, the fount of both the brightest and darkest designs of history’s most bloody century. The once arrogant capital of Europe was devastated by Allied bombs, divided by the Wall, then reunited and reborn as one of the creative centers of the world. Today it resonates with the echo of lives lived. No other city has repeatedly been so powerful and fallen so low; few other cities have been so shaped and defined by individual imaginations.

Berlin tells the volatile history of Europe’s capital over five centuries through a series of intimate portraits of two dozen key residents: the medieval balladeer whose suffering explains the Nazis’ rise to power; the genius Jewish chemist who invented poison gas for First World War battlefields and then the death camps; the iconic mythmakers like Christopher Isherwood, Leni Riefenstahl, and David Bowie, whose heated visions are now as real as the city’s bricks and mortar.

Alongside are portrayed some of the countless ordinary Berliners whose lives can only be imagined: the ambitious prostitute who refashioned herself as a baroness, the fearful Communist Party functionary who helped to build the Wall, and the American spy from the Midwest whose patriotism may have turned the course of the Cold War. Berlin is a history book like no other, with an originality that reflects the nature of the city itself. In its architecture, through its literature, in its movies and songs, Berliners have conjured their hard capital into a place of fantastic human fantasy. No other city has so often surrendered itself to its own seductive myths. Berlin captures, portrays, and propagates the remarkable story of those myths and their makers

Hailed for its coiled eroticism and the moral claims it makes upon the reader, this mesmerizing novel is a story of love and secrets, horror and compassion, unfolding against the haunted landscape of postwar Germany. When he falls ill on his way home from school, fifteen-year-old Michael Berg is rescued by Hanna, a woman twice his age. In time she becomes his lover—then she inexplicably disappears. When Michael next sees her, he is a young law student, and she is on trial for a hideous crime. As he watches her refuse to defend her innocence, Michael gradually realizes that Hanna may be guarding a secret she considers more shameful than murder.

Fallada’s 1947 novel remained untranslated into English until 2009. On its US release it was a New York Times Notable Book of the Year and received rave reviews from critics:

“The greatest book ever written about the German resistance to the Nazis.” —Primo Levi

“One of the most extraordinary and compelling novels ever written about World War II. Ever. … Please, do not miss this.” —Alan Furst

“It has something of the horror of Conrad, the madness of Dostoyevsky and the chilling menace of Capote’s In Cold Blood…. In the quiet Quangels, Fallada has created an immortal symbol of those who fight back against ‘the vile beyond all vileness’ and so redeem us all.” —Roger Cohen, The New York Times

“An unrivalled and vivid portrait of life in wartime Berlin.” —Philip Kerr, author of the Berlin Noir novels

“Has the suspense of a John le Carré novel … visceral, chilling ….” —The New Yorker

“One of the most extraordinarily ambitious literary resurrections in recent memory ….” —The Los Angeles Times

“A one-of-a-kind novel … Fallada can be seen as a hero, a writer-hero who survived just long enough to strike back at his oppressors.” —The Globe and Mail

“Stunningly vivid characters … gets you inside Nazi Germany like no other novel.” —The San Francisco Chronicle

“This is a novel that is so powerful, so intense, that it almost hums with electricity.” —Minneapolis Star-Tribune 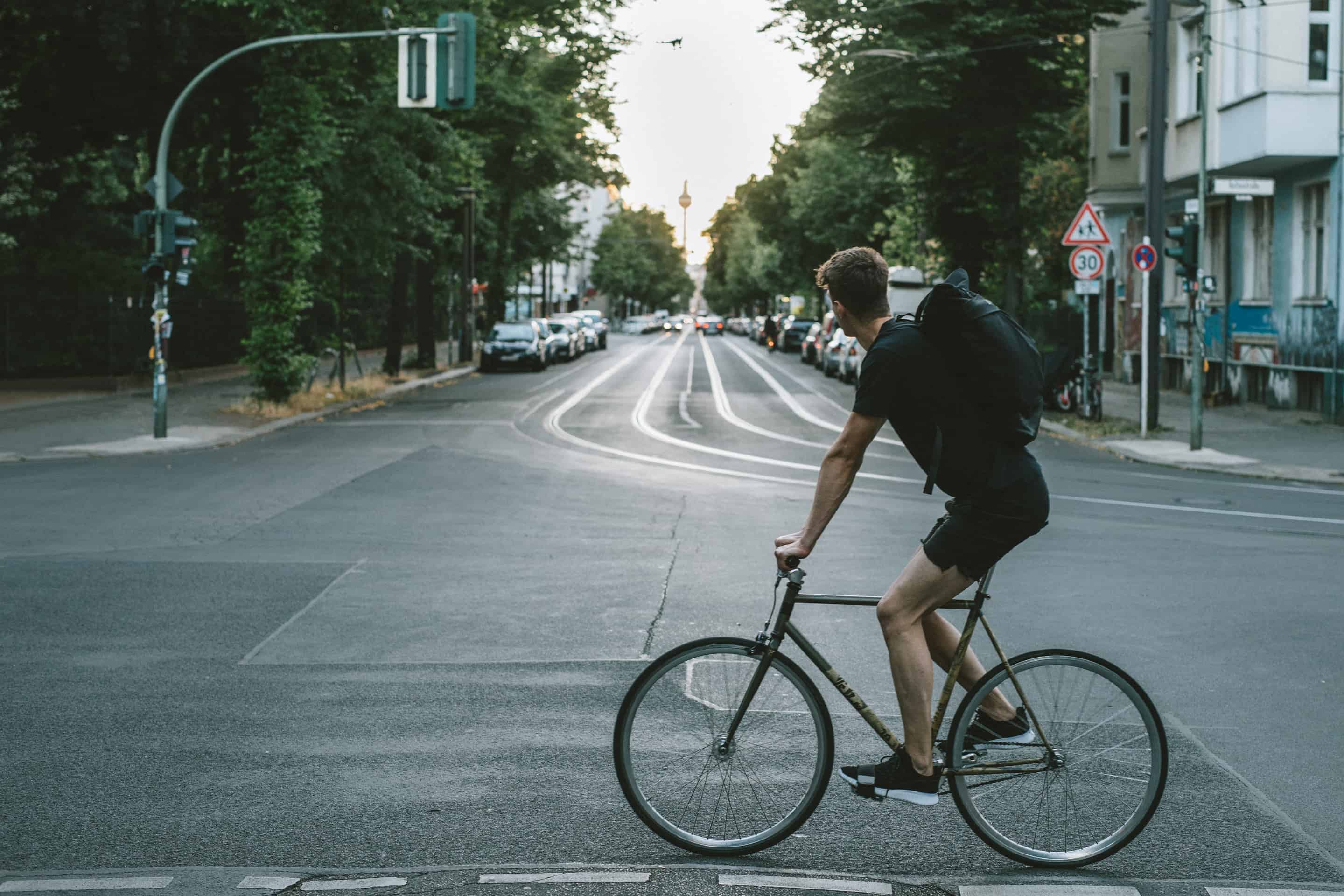 A classic of 20th-century fiction, The Berlin Stories inspired the Broadway musical and Oscar-winning film Cabaret. First published in the 1930s, The Berlin Stories contains two astonishing related novels, The Last of Mr. Norris and Goodbye to Berlin, which are recognized today as classics of modern fiction. Isherwood magnificently captures 1931 Berlin: charming, with its avenues and cafés; marvelously grotesque, with its nightlife and dreamers; dangerous, with its vice and intrigue; powerful and seedy, with its mobs and millionaires―this is the period when Hitler was beginning his move to power.

The Berlin Stories are inhabited by a wealth of characters: the unforgettable Sally Bowles, whose misadventures in the demimonde were popularized on the American stage and screen by Julie Harris in I Am A Camera and Liza Minnelli in Cabaret; Mr. Norris, the improbable old debauchee mysteriously caught between the Nazis and the Communists; plump Fräulein Schroeder, who thinks an operation to reduce the scale of her Büste might relieve her heart palpitations; and the distinguished and doomed Jewish family, the Landauers.

Anna Funder delivers a prize-winning and powerfully rendered account of the resistance against East Germany’s communist dictatorship in these harrowing, personal tales of life behind the Iron Curtain—and, especially, of life under the iron fist of the Stasi, East Germany’s brutal state security force. In the tradition of Frederick Taylor’s The Berlin Wall and Philip Gourevitch’s We Wish to Inform You That Tomorrow We Will be Killed With Our Families, Funder’s Stasiland is a masterpiece of investigative reporting, written with novelistic vividness and the compelling intensity of a universal, real-life story.

Berlin Calling is a gripping account of the 1989 “peaceful revolution” in East Germany and the tumultuous years of artistic ferment, political improvisation, and pirate utopias that followed. It’s the story of a newly undivided Berlin. When protest and punk rock, bohemia and direct democracy, techno and free theatre were the order of the day.

Just as Mike Davis captured Los Angeles in his City of Quartz, Berlin Calling is a unique account of how Berlin became hip, and of why it continues to attract creative types from the world over.

In this compelling work, Brian Ladd examines the ongoing conflicts radiating from the remarkable fusion of architecture, history, and national identity in Berlin. Ladd surveys the urban landscape, excavating its ruins, contemplating its buildings and memorials. Carefully deconstructing the public debates and political controversies emerging from its past.

“Written in a clear and elegant style, The Ghosts of Berlin is not just another colorless architectural history of the German capital. . . . Mr. Ladd’s book is a superb guide to this process of urban self-definition, both past and present.”—Katharina Thote, Wall Street Journal

“If a book can have the power to change a public debate, then The Ghosts of Berlin is such a book. Among the many new books about Berlin that I have read, Brian Ladd’s is certainly the most impressive.  Ladd’s approach also owes its success to the fact that he is a good storyteller. His history of Berlin’s architectural successes and failures reads entertainingly like a detective novel.”—Peter Schneider, New Republic

“[Ladd’s] well-written and well-illustrated book amounts to a brief history of the city as well as a guide to its landscape.”—Anthony Grafton, New York Review of Books

The Red Army had much to avenge when it finally reached the frontiers of the Third Reich in January 1945. Frenzied by their terrible experiences with Wehrmacht and SS brutality, they wreaked havoc: Tanks crushed refugee columns, mass rape, pillage, and unimaginable destruction. Hundreds of thousands of women are children froze to death or were massacred; more than seven million fled westward from the fury of the Red Army. It was the most terrifying example of fire and sword ever known. Antony Beevor has reconstructed the experiences of those millions caught up in the nightmare of the Third Reich’s final collapse. The Fall of Berlin is a terrible story of pride, stupidity, fanaticism, revenge, and savagery. Yet this story  is also one of astonishing endurance, self-sacrifice, and survival against all odds.

For eight weeks in 1945, as Berlin fell to the Russian army.  A young woman kept a daily record of life in her apartment building and among its residents as the Russians invaded. “With bald honesty and brutal lyricism” the anonymous author depicts her fellow Berliners in all their humanity, as well as their cravenness, corrupted first by hunger and then by the Russians. “Spare and unpredictable, minutely observed and utterly free of self-pity” (The Plain Dealer, Cleveland), A Woman in Berlin tells of the complex relationship between civilians and an occupying army and the shameful indignities to which women in a conquered city are always subject–the mass rape suffered by all, regardless of age or infirmity.

A Woman in Berlin stands as “one of the essential books for understanding war and life” (A. S. Byatt, author of Possession).

A member of a British-American surveillance team in Cold War Berlin finds himself in too deep in this masterful work from the author of Atonement. Twenty-five-year-old Leonard Marnham’s intelligence work—tunneling under a Russian communications center to tap the phone lines to Moscow—offers him a welcome opportunity to begin shedding his own unwanted innocence, even if he is only a bit player in a grim international comedy of errors. His relationship with Maria Eckdorf, an enigmatic and beautiful West Berliner, likewise promises to loosen the bonds of his ordinary life. But the promise turns to horror in the course of one terrible evening—a night when Marnham learns just how much of his innocence he’s willing to shed.