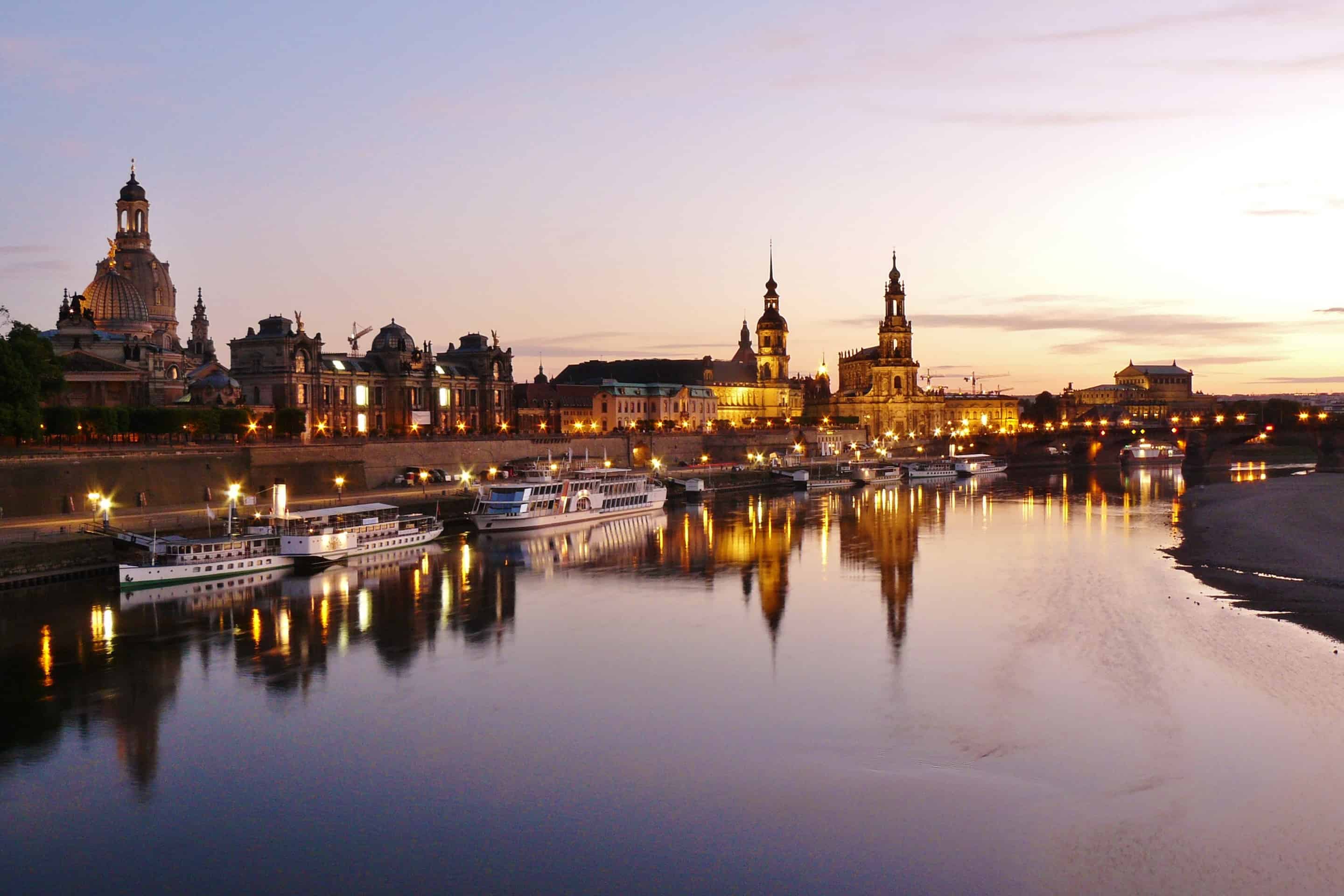 Dresden is the capital of the German state of Saxony, and the third largest city in eastern Germany after Berlin and Leipzig. It lies in the basin of the Elbe River between Meissen and Pirna, 30 kilometres north of Germany’s border with the Czech Republic. Historically, this “Florence on the Elbe” had been northern Germany’s cultural centre – a city filled with museums and historic buildings. For many years it served as the capital and royal residence of the Kings of Saxony, but may be more recognisable to other travellers as the city that was nearly wiped out by Allied bombs at the tail-end of World War II. A tour of Dresden and its iconic landmarks and monuments will help uncover this history.

Dresden has its origins in the 12th-century Slavic settlement called Drezdzany “Forest Dwellers on the Plain” which formed on the southern bank of the Elbe. The medieval town became the capital of the margraviate of Meissen in 1270, and changed rulers until it became the capital in the 15th century of the Wettin dynasty, later the electors and kings of Saxony. Many of the buildings, built in Baroque and Rococo styles, date from their reign, such as the Zwinger Palace and the Frauenkirche (Church of Our Lady), Germany’s largest Protestant church. The European porcelain industry also began in Dresden, supported by Saxon ruler Augustus the Strong, but was moved to Meissen in 1710. Meissen porcelain (also still sometimes referred to as Dresden porcelain) dominated the European porcelain market.

After Germany’s defeat in World War I, the German Revolution led to the abdication of the last Saxon king, Dresden-born Frederick Augustus III, and the creation of the Weimar Republic. During World War II, Dresden was largely spared the bombing raids that the Allies had launched on Nazi Germany and which wreaked havoc on Berlin and Hamburg. This changed in 1945.

By February 1945, the city was filled with civilians – refugees moving from east to west in an attempt to escape the advancing Soviet troops. The Nazi propaganda machine had filled the minds of the Germans with horror stories of what to expect if the Red Army got to Germany. Thousands now fled from this army as it relentlessly advanced to Berlin. No-one knows how many people were in Dresden when the bombing began on February 13, 1945. Officially, the city’s population was 350,000, but with the number of refugees there, it would have been much higher than this. Between the 13th and 14th of February 1945, between 35,000 and 135,000 people were killed by Allied bombing over Dresden. Historians still argue over the number of deaths.

A vast area of the city was destroyed, and when the Red Army took over, the city had all but ceased to exist. Reconstruction began shortly after the war, and it became an industrial centre of the former East Germany. The ruins of Frauenkirche were kept until around German reunification in the 1990s; reconstruction efforts ended in 2005, when it was finally opened to the public.

Dresden’s art collections and Royal Treasury are not to be missed; they are amongst the finest in Germany. There are also superb walks along the Elbe with views of the town and beautifully maintained gardens and pleasure palaces amongst vine-terraced hillsides.

The Elbe valley was once designated a UNESCO World Heritage site in 2004, but was removed from the list in 2009 following the construction of a four-lane road bridge across the river. UNESCO said this “meant that the property failed to keep its ‘outstanding universal value as inscribed.’” It is only one of two delisted sites to date, the other being the Arabian Oryx Sanctuary in Oman due to Oman’s decision to reduce the size of the protected area by 90%.

Dresden can be reached by private car or public transport from the rest of Germany, making it easy to reach other German iconic landmarks, such as the Brandenburg Gate and Unter den Linden in Berlin.