Munich, capital of Bavaria, lies on the elevated plains north of the edge of the Bavarian Alps. The city of Munich is the third largest city in Germany after Berlin and Hamburg. It traces its origins to a monastery founded in 750; Munich, or Munchen means “Home of the Monks”. Munich was first mentioned in a document in 1158, which may have been the date of its founding. The year before, the Duke of Bavaria, Henry the Lion, granted the monks the right to establish a market. The town grew in the 14th century under Munich-born Louis IV, Holy Roman emperor. Louis IV was part of the Wittelsbach dynasty, which would rule Bavaria for more than 700 years.

During the wars of religion that devastated Germany for so many years, the city became Germany’s Counter-Reformation capital, especially under the dukes Albrecht V and Wilhelm the Pious. After a period of eclipse, Munich regained importance as a live cultural centre in the late 18th century and then in the 19th, thanks to the great input given to all the arts by the king of Bavaria, Ludwig I, and later by the very famous Ludwig II, “the mad king”, builder of extravagant royal castles and patron of composer Richard Wagner.

The rule of the Wittelsbachs ended in 1918, and was followed by the rise of the Third Reich. It was in the city of Munich where Adolf Hitler became the leader of the Nazi Party. Munich was heavily bombed in World War II, and underwent meticulous reconstruction after the war.

A tour of Munich will not be complete without a walk to beautiful Marienplatz (“Mary’s Square”), which has served as the city’s central square since the 12th century. At the centre of Marienplatz is the Mariensäule (column), topped with a golden statue of the Virgin Mary. 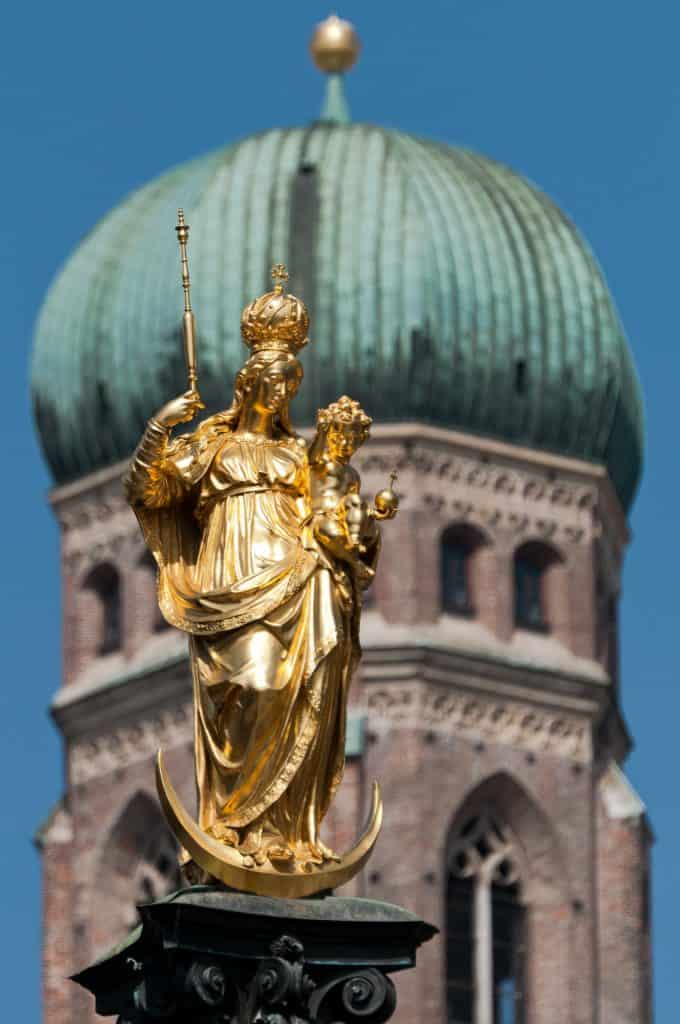 It has the Munich Marienplatz station, offering both U-Bahn and S-Bahn access, which allows you to comfortably travel around the city by train.

Oktoberfest, the world’s biggest folk and beer festival was first held in 1810 in honour of the wedding between Crown Prince Ludwig of Bavaria (later King Ludwig I, grandfather of Ludwig II) and Princess Therese of Saxony-Hildburghausen. The festival is still held on the original meadow named after Ludwig’s bride—the Theresienwiese, or “Wiesn” for short. 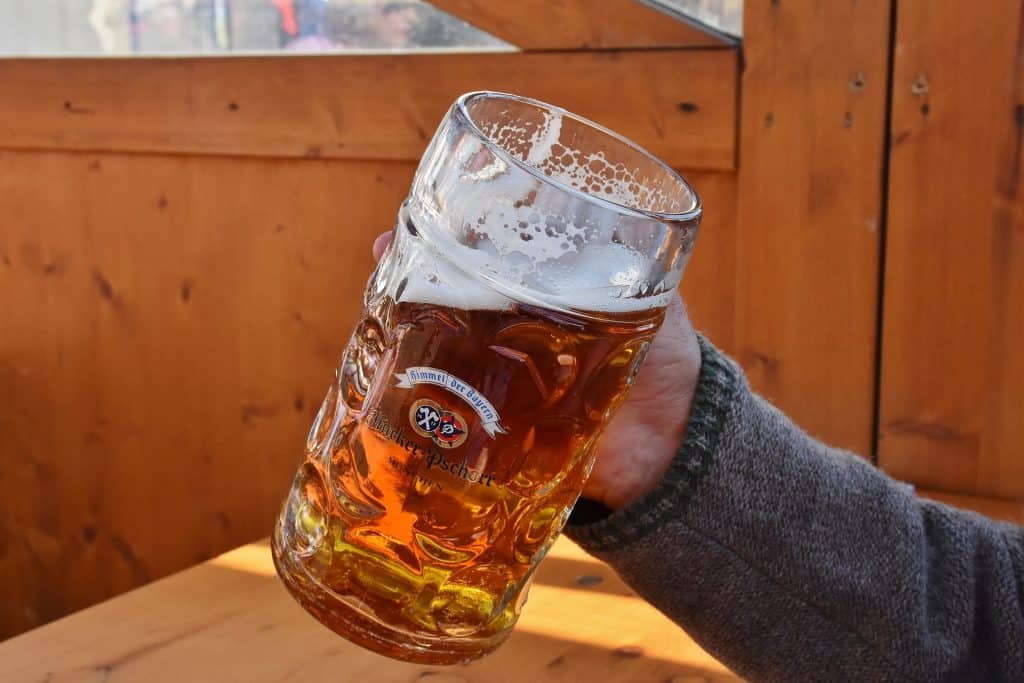 Other cities in the world hold their own version of the Oktoberfest, but nothing beats the original festival in Munich, which overflows with Bavarian beer and welcomes more than six million visitors every year. In Bavaria, beer is still brewed in accordance to standards set more than 500 years ago. There are now over 40 different varieties of Bavarian beer to sample and enjoy, from the refreshing Radler, a summer drink that is 50% lemonade, to the robust Bockbier, which can have an ABV (alcohol by volume) of up to 14%.

The only beer served in Oktoberfest comes from Munich breweries, but there are also tents that serve wine and coffee. Those visiting with their families and children can check out the fairground attractions and live music performances.

Munich is also a good base for a day tour to favourite destinations in the Bavarian region:

Despite the name, Germany’s Romantic Road actually has modern roots. The 400-kilometre route from Würzburg to Füssen was created in the 1950s to enliven Germany’s ailing tourism industry. It serves as a sampler of quintessential German art and architecture, leading visitors through the vineyards in the Tauber valley, the walled town and timbered houses of Rothenburg ob der Tauber, medieval Harburg Castle, and the monasteries of Pfaffenwinkel, before ending at the Neuschwanstein Castle, which looks like a palace straight out of a fairy-tale.

The beautiful castle was commissioned by Ludwig II in 1869, three years after being forced to cede the Bavarian throne to the Prussians. Ludwig withdrew from public view and focused on his private retreat. The castle’s design and interiors mirrored the king’s love of medieval legends and of Wagner’s operas, incorporating details from Tannhäuser, Lohengrin, and the Castle of the Holy Grail from Parsifal.