The Anglo-Saxons fell to the Normans in 1066, but the combination of the presence of the Welsh rulers, the Vikings, the mountainous terrain of the land, and the fact that the Normans and the succeeding Angevin kings spent more time abroad than in England (for example, the Angevin king Richard spent only 10 months of a 10-year reign in England) kept Wales largely out of the English grip. That is, until Edward I. Edward I’s massive Caernarfon Castle was a display of English might on Welsh territory. Caernarfon Castle was built on the shoreline, consisting of a castle, a walled town, and a quay all built at the same time. Construction of this massive project took 47 years to complete. Historians say the walls of Caernarfon reflect the design of the walls of Constantinople, hearkening back to a Roman past that the British isles shared before the arrival of the Anglo-Saxons, and announcing the domination of the English rulers.

The Princes of Wales and Caernarfon Castle

Wales had enjoyed a cultural and political autonomy ever since the 8th century Offa’s Dyke geographically separated the Britons of the west (Wales) from the Germanic tribes of the east (England). Wales itself consisted of several kingdoms at the time of the Norman Conquest.

In 1216, Llewelyn ap Iorwerth of the Welsh kingdom of Gwynedd was recognised as overlord by the other Welsh rulers, and in 1218 he was acknowledged by the English crown. In Welsh chronicles, he is described as the “Prince of Wales”. His grandson, Llywelyn ap Gruffudd, who marched into the lands controlled by Norman barons, was also recognised as such.

They would be the last Princes of Wales, as England’s Edward I decided to go to war. Llywelyn ap Gruffudd was forced to capitulate after English forces took the Island of Anglesey, Gwynedd’s breadbasket.

In 1284, England annexed Wales, turning it into an English colony. Edward I instituted the royal tradition of giving the title “Prince of Wales” to the heir apparent to the English throne, beginning with his son, the future Edward II, thereby extinguishing Welsh sovereign rule.

Edward I had castles built to guard his new territories, but to also clearly communicate the power of English rule. The grandest of these castles, designed with the help of Edward’s military architect, Master mason James of St George, was Caernarfon Castle. Caernarfon Castle is one of the many castles of Wales that form Edward’s chain of fortifications in Northern Wales called the Ring of Iron.

This medieval castle became witness to a long history of conflict, sacked several times during the Welsh rebellions against the English. Tensions between the Welsh and English began to diminish when the Tudor dynasty ascended to the English throne in 1485; Henry Tudor, later Henry VII, traced his lineage back to Wales as descendant of Owain ap Maredudd ap Tudur (Anglicised as “Tudor”).

Caernarfon Castle was also the site of the investiture of Prince Charles, who currently holds the title of Prince of Wales.

Caernarfon Castle is grouped with Conwy Castle, Harlech Castle, and Beaumaris Castle as a UNESCO World Heritage Site. It has two towered gates and seven octagonal towers, each tower connected by a curtain wall. 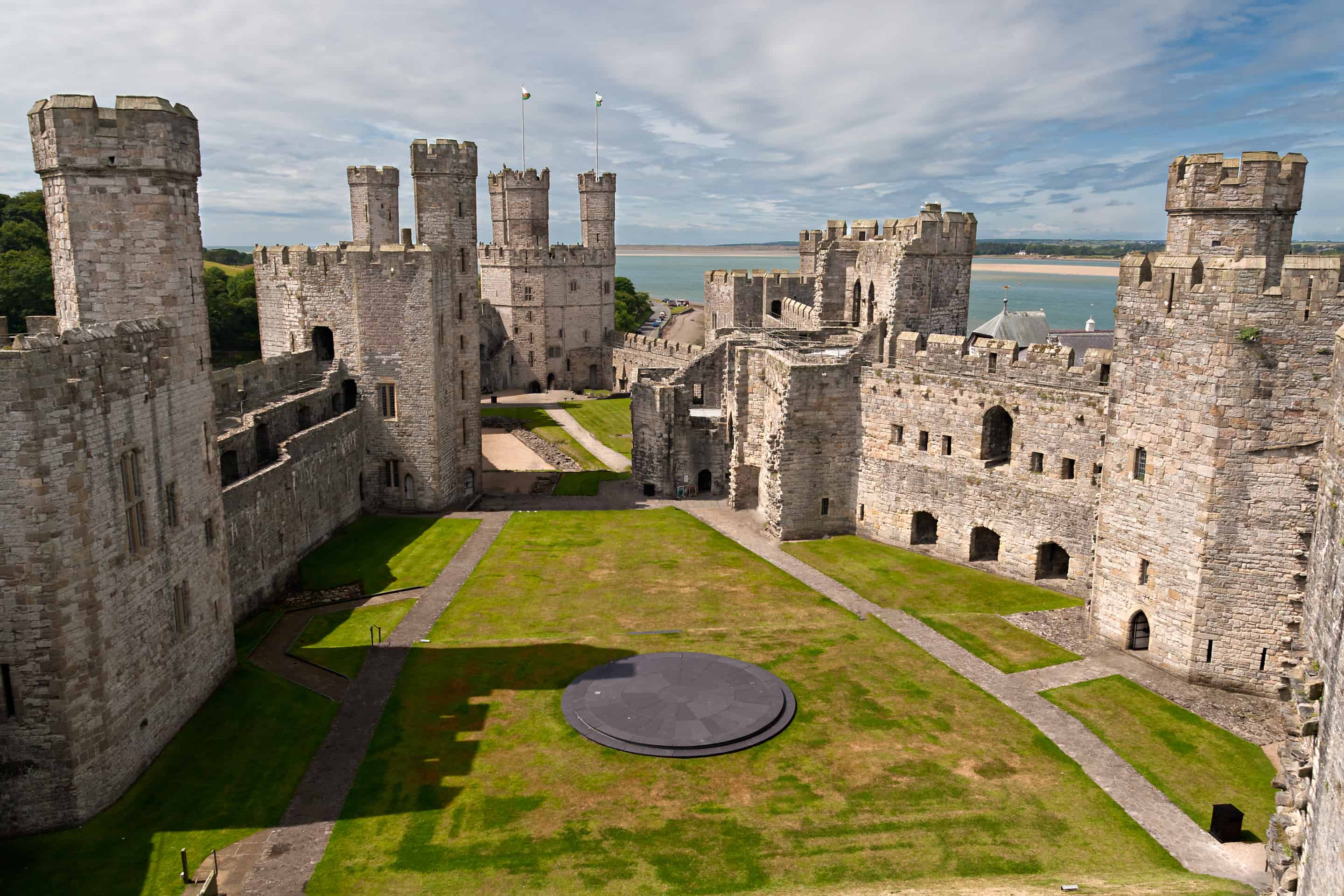 There are plans to install a lift and an accessible visitor’s centre at the King’s Gate. During the construction, the main entrance will be moved to the Watergate at the base of the Eagle Tower.

Guests can access a portion of the wall walk and learn more about the medieval castle’s history–and the rich and complex history of Wales–through a guided tour.

This tour is designed to allow the active traveller the chance to explore a number of Welsh beauty spots on foot. On this 11 night tour travel by coach across the length of Wales with the chance to walk for up to 15 kilometres each day through some of the most spectacular scenery in the country. Our tour takes us from Betwys-y-Coed in the north to St Davids in the south though mountain passes and along coastal trails.