Odyssey offers easy, convenient, and relaxed escorted small group tours across the Mediterranean and beyond. We explore Malta’s incredible natural beauty, its ancient crusader heritage, World Heritage Sites, and gorgeous seaside towns, all with some truly spectacular scenery along the way. This and more is all waiting to be explored on one of Odyssey’s small group tours of Malta, designed for the senior traveller, and led by experienced, and enthusiastic like minded people.

Sitting at the heart of the Mediterranean, the tiny islands of Malta meld historic interest with stunning natural beauty. Phoenicians , Carthaginians, Romans, Ottomans and Nazis have all sought – and failed to get – this prized strategic location. The megalithic temples of Malta are a testament to the islands’ ancient history, as is the historic walled city of Mdina with its extraordinary mix of medieval and baroque architecture, and the walled city of Malta‘s capital Valletta, a UNESCO World Heritage Site recognising the unique history of the Knights of St. John. Valletta‘s many historic buildings and Grand Harbour location makes it one of Europe‘s most beautiful cities. Other historic sites include the town of Rabat, home to the baroque St Paul’s Cathedral, and the Renaissance Verdala Palace, built in 1586 for the Knights of St. John – all to be discovered on Odyssey’s small group tours Malta for senior or mature couples and the solo traveller.

Surrounded by the stunning Mediterranean Sea, the natural beauty of Malta is unparalleled. While Bugibba, Blue Lagoon, and St Paul’s Bay are popular tourist beaches, the extensive coast means that there are plenty of hidden gems for you to find. And Malta also has a distinctive cuisine, which reflects the islands’ history in its melding of British and Italian influences. On Odyssey’s small group tours Malta‘s famous scenery and fascinating history is explored in such a way as to provide a truly authentic Malta experience.

On this small group tour of Italy and Malta  for mature and senior couples and solo travellers we trace the life of Caravaggio, exploring the artistic works he left behind and the tumultuous life he led. We follow him from his birthplace in Milan to Rome, Malta, Sicily and Naples. In Rome, Caravaggio established his name as a brilliant though controversial painter until, accused of murder, he was forced to flee south. In each place he lived Caravaggio left behind a rich legacy of art for us to admire. 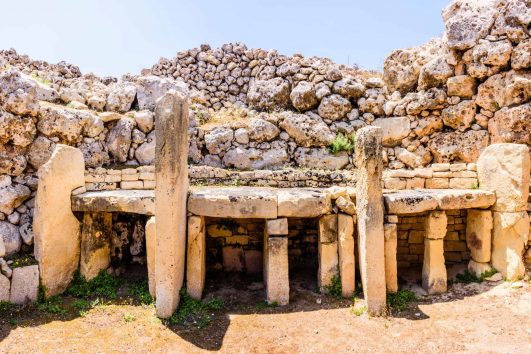 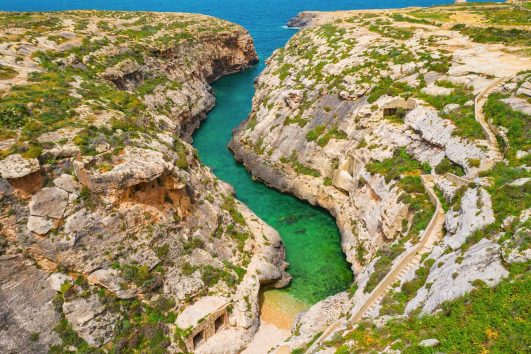 Gozo has been inhabited since 5000 BC, when farmers from nearby Sicily crossed over. The island is home to many of the world's oldest freestanding buildings, including the famous neolithic Ġgantija temples. 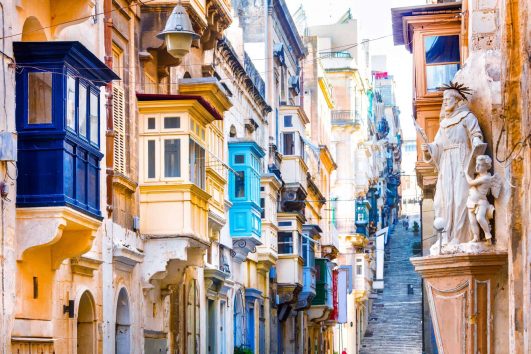 Valletta, Malta Few European cities capture the imagination quite like Valletta, the evocative golden capital of Malta. Only 1 kilometre by 600 metres, it packs in so much history and culture that when it was… 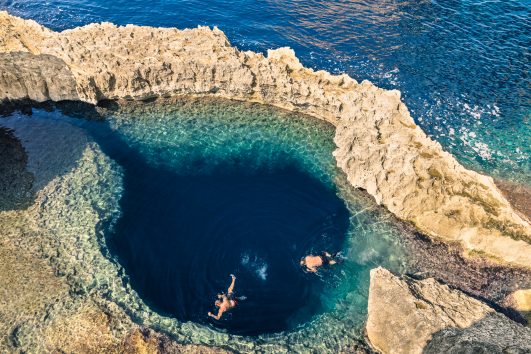 Malta A Mediterranean archipelago equidistant between Europe and Africa, Malta packs a wealth of beautiful scenery and fascinating history into one of the world’s smallest landmasses. Location has been history for the people of Malta.… 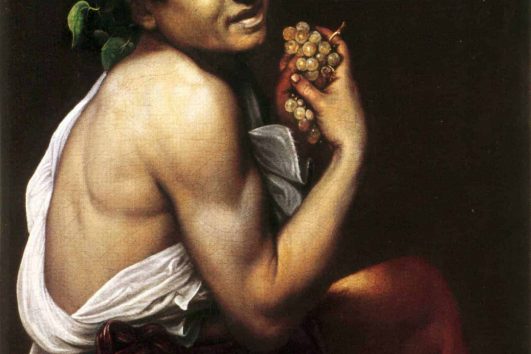 Piecing together the life of Caravaggio

Uncovering Caravaggio The following article picks up on, and extends, our general introduction to Caravaggio. Here, we we delve further into the details of Caravaggio’s early life and relationships and use available evidence to piece… 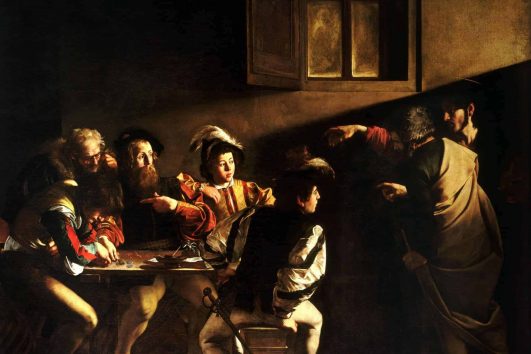 Who was Caravaggio? Caravaggio became the greatest painter of religious works of the early 17th century. His dramatic but naturalistic style of painting emphasised the common humanity of his subjects, the apostles and martyrs of… 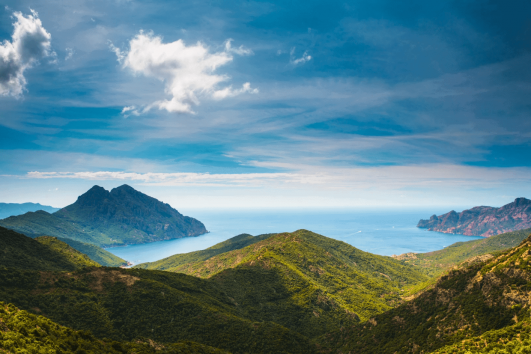 Odyssey travels by coach and occasionally uses local transport, including trains and ferries. Specifics are always outlined in your tour itinerary. The public bus service on the islands of Malta and Gozo provide extensively cover the two islands, and are an inexpensive way to get around. Taxi services are also widely available. To travel between islands, ferry services and water taxis are available.

The country of Malta is approximately 316 square kilometres in area. Malta is comprised of a cluster of separate islands, although only the three largest (Malta, Gozo, and Comino) are inhabited. The Maltese islands are largely composed of limestone formations, with their coastlines consisting of steep cliffs, coves, bays and islets.

Malta has a mediterranean climate, with hot, dry summers and mild, rainy winters. Depending on when you intend to travel, check the weather reports and dress accordingly.

Malta has 3 UNESCO World Heritage Sites. You can view the official list of the sites here (https://whc.unesco.org/en/statesparties/lt). The listed sites include:

City of Valletta, an area of rich history, containing 320 historical monuments in an area of just 55 hectares
Ħal Saflieni Hypogeum, an immense subterranean necropolis
Megalithic Temples of Malta, ancient archaeological sites that date back to the Bronze Age.

Numerous festivals and events dot the calendar in Malta. Notte Bianca is one of Malta’s biggest yearly arts and culture festivals. Held in October, museums across the island of Malta are opened to the public and public performances and exhibitions are staged in the streets and piazzas. Carnival is another important event celebrated in Malta. Held in the lead up to Ash Wednesday, Carnival features vibrant costumes, exuberant parades and general revelry. For those fond of pyrotechnics, the Malta International Fireworks Festival is held in late April and features a dazzling display of fireworks over three nights.

Empires of the Sea, by Roger Crowley
Splendor of Malta, by Shirley Johnston
The Knights of Malta, by H.J.A Sire
Malta, Prehistory and Temples, by David H. Trum

Maltese food is characterised by rustic and hearty flavours, with ingredients drawn from the fields and waters of the Maltese islands. The national dish of Malta is considered to be stuffat tal-fenek, a slow-cooked stew made out of rabbit meat, tomatoes, red wine and garlic sauce. Seafood is widely consumed in Malta, and features as a key ingredient in dishes such as torta tal-lampuki (fish pie made with fresh fish, potatoes, spinach, capers, mint, and olive oil) and Ħobż biż-żejt (open-faced sandwiches with tuna, tomatoes, cheese, and onion). Regional Mediterranean influences appear throughout Maltese cooking in dishes such as cannoli (pastry tubes filled with sweet ricotta) and cassata (cakes made from marzipan, almond paste, and ricotta).

Generally speaking, Malta is safe to travel in, though always exercise common sense while travelling.

Whenever you travel overseas, it’s always wise to take an appropriate travel adaptor. Malta’s electricity supply runs at 240V and 50Hz. Malta uses the Type G electric plug, so make sure you have the right travel adaptor with you. 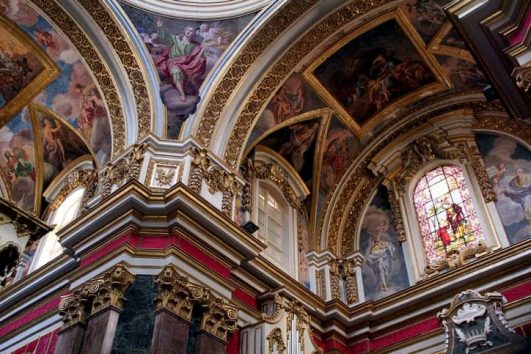 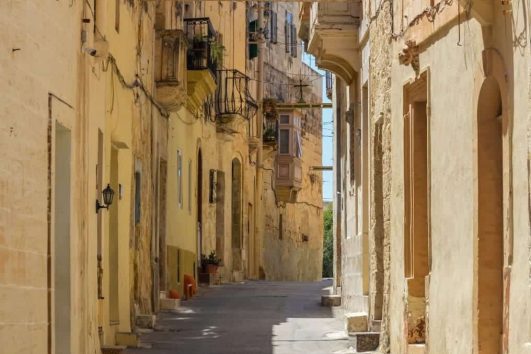 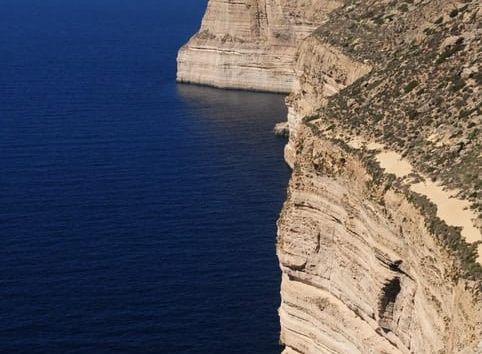 Dingli Cliffs, with breathtaking views of the Mediterranean Sea.

Is tipping customary in Malta?

If you’re on an Odyssey tour, we take care of tipping so you don’t need to give it a second thought. However, in your free time, or if travelling independently, it’s essential that you tip an appropriate amount for services. Tipping is customary in Malta, with a tip around 10% commonly accepted for most services.

Wifi should be freely available in most hotels, cafes and restaurants when travelling in Malta.

Can I use my mobile/cell phone while in Malta?

Check with your cell phone provider to see whether you’re able to make calls and use data while in Malta. Many providers will allow you to pay a daily fee that allows you to make calls and check the internet while only being charged your regular rates. However, be certain to inform your provider that you’re heading overseas, because just like a bank they can turn off your service as a result of unusual activity.

The Guardian: Valetta on View – the Maltese capital shows off its cultural side.

History of the Knights of St. John.