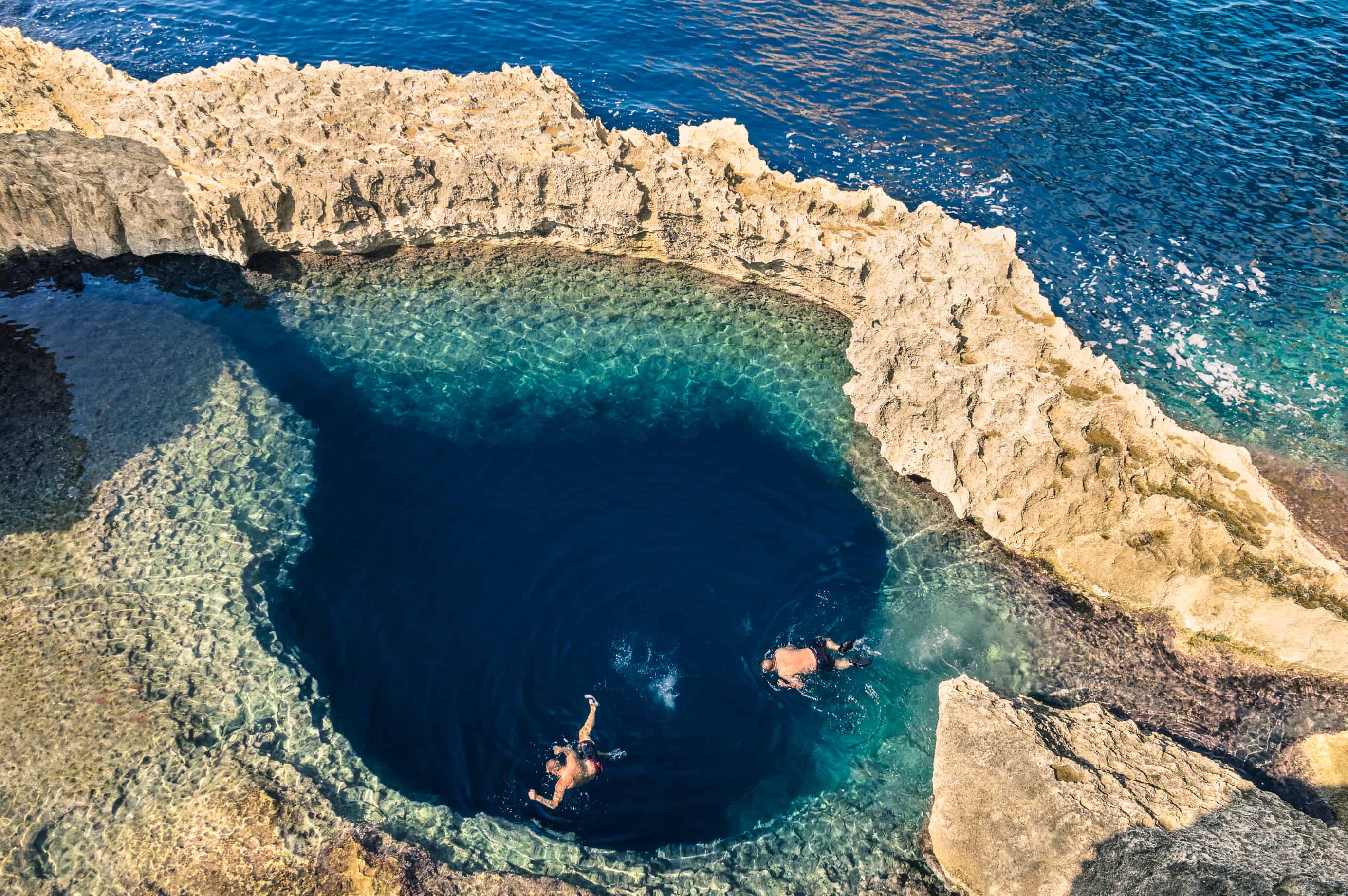 Laid-back Gozo is a highlight of any visit to Malta. Easily accessible from the main island by ferry crossing or cruise, this is a key part of any of Odyssey’s Malta tours easily reached in a short boat ride using the local ferry Gozo boasts beautiful scenery and fascinating history.

Gozo has been inhabited since 5000 BC, when farmers from nearby Sicily crossed over. The island is home to many of the world’s oldest freestanding buildings, including the famous neolithic Ġgantija temples, a UNESCO World Heritage Site, and the megalithic Xagħra Stone Circle. Tradition holds that Gozo was featured in The Odyssey, as the island of Ogy’gia, where the sea nymph Calypso held Odysseus prisoner for seven years. The island has been ruled from Malta from antiquity, with the exception of a brief period of independence when the people of Gozo rose up against French forces during the Napoleonic Wars.

The capital of the island, Victoria, known locally as Rabat, is a small walled city with a long history. Settlement in the area was established by the Phoenicians, and was passed over to the Romans. The city centers around Il-Kastell (or the Cittadella), a small citadel which has long protected the city from invasion. Though fortifications date back to the Bronze Age, the current fortress was built in the 15th century. Following a terrible raid on Gozo by the Ottoman Empire, in which most of the island’s population (around 5000 people) was put into slavery, it became tradition for each of the island’s families to sleep in Il-Kastell at night until the 17th century. 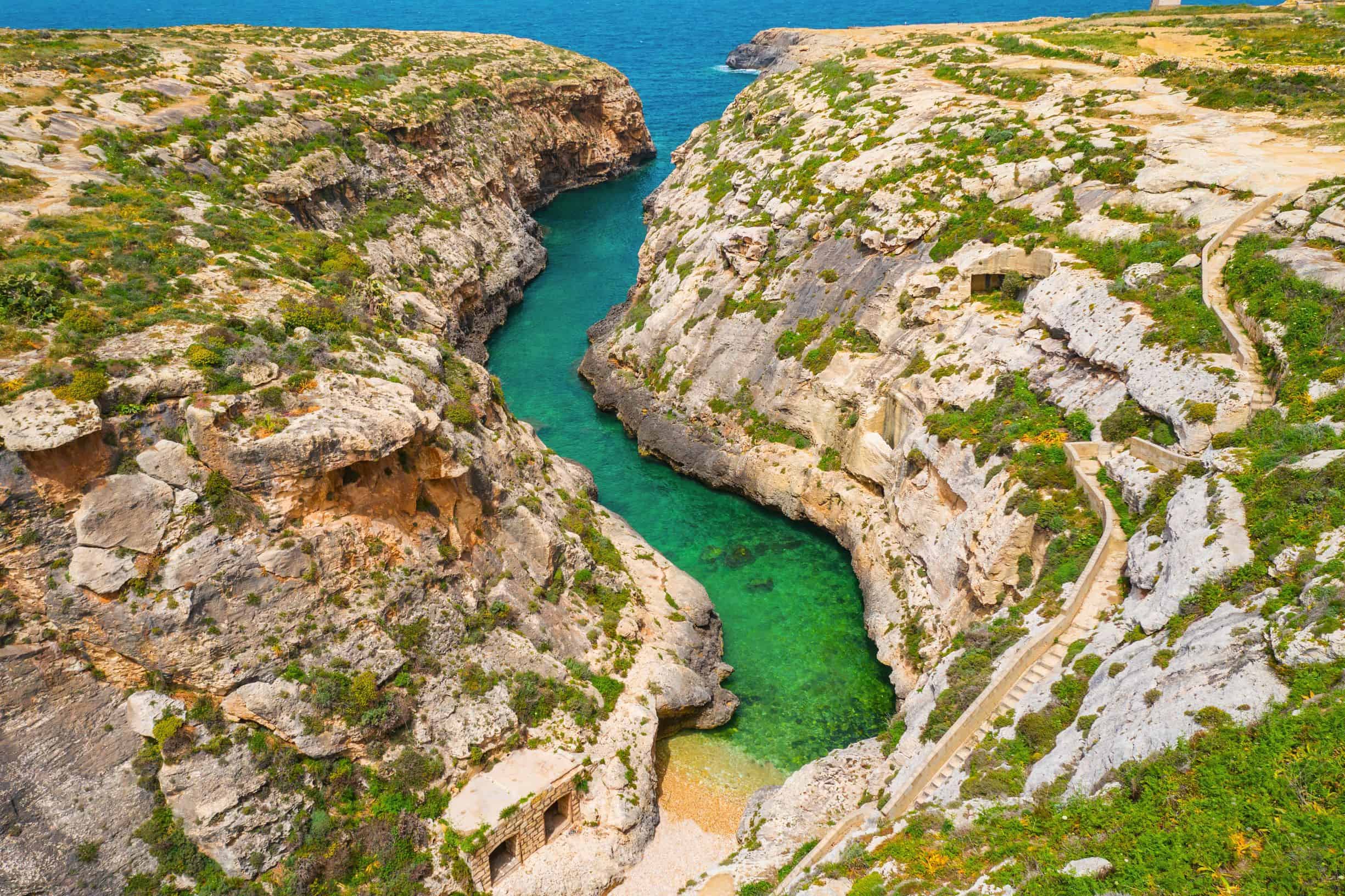 Hillier and greener than the main island, Gozo is home to the archipelago’s most beautiful scenery. Though the Azure Window of Dwejra Bay collapsed in 2017, the Inland Sea – a lagoon accessible through a tiny tunnel in the cliff face, just big enough for a fishing boat to get through – is still wildly picturesque. A seaside village has long sat by the lagoon, supported by the fishing trade that heads through the tunnel. For more stunning views, head to the Ta’Ċenċ Sea Cliffs, which overlook the Mediterranean.

Gozo is also home to many of Malta’s best beaches. Get away from it all at San Blas Bay, a tiny, rocky bay, surrounded by steep, terraced fields. Beautiful Ramla Bay is home to a sandy beach, overlooked by the remains of a Roman villa. In calm weather, head to Wied il-Għasri, a tiny beach at the bottom of a steep staircase, for snorkeling and swimming. Options for adventurous travellers include scuba diving, and exploring the island on a quad bike.

Sleepy Gozo is the kind of place where traditions continue as they have for centuries past. Walk or drive past Xwieni Bay, where a wild landscape has been shaped by nature into Salt Pans. Three families continue to operate the pans, and in summer you can buy salt direct from the pans at a small stall. To understand the islands’ staunch Catholic traditions, head to the Basilica of Ta’Pinu, an atmospheric church set alone on the top of a hill. The Basilica is Malta’s shrine to the Virgin Mary, and an important site of pilgrimage.

Though most make their tour of Gozo on a day trip taking the ferry from Malta, it is also possible to find accommodation on the island, at a small hotel or a seaside resort. The small island is easy to explore by car or bike. Hop-on hop-off tours also deposit passengers around the island. 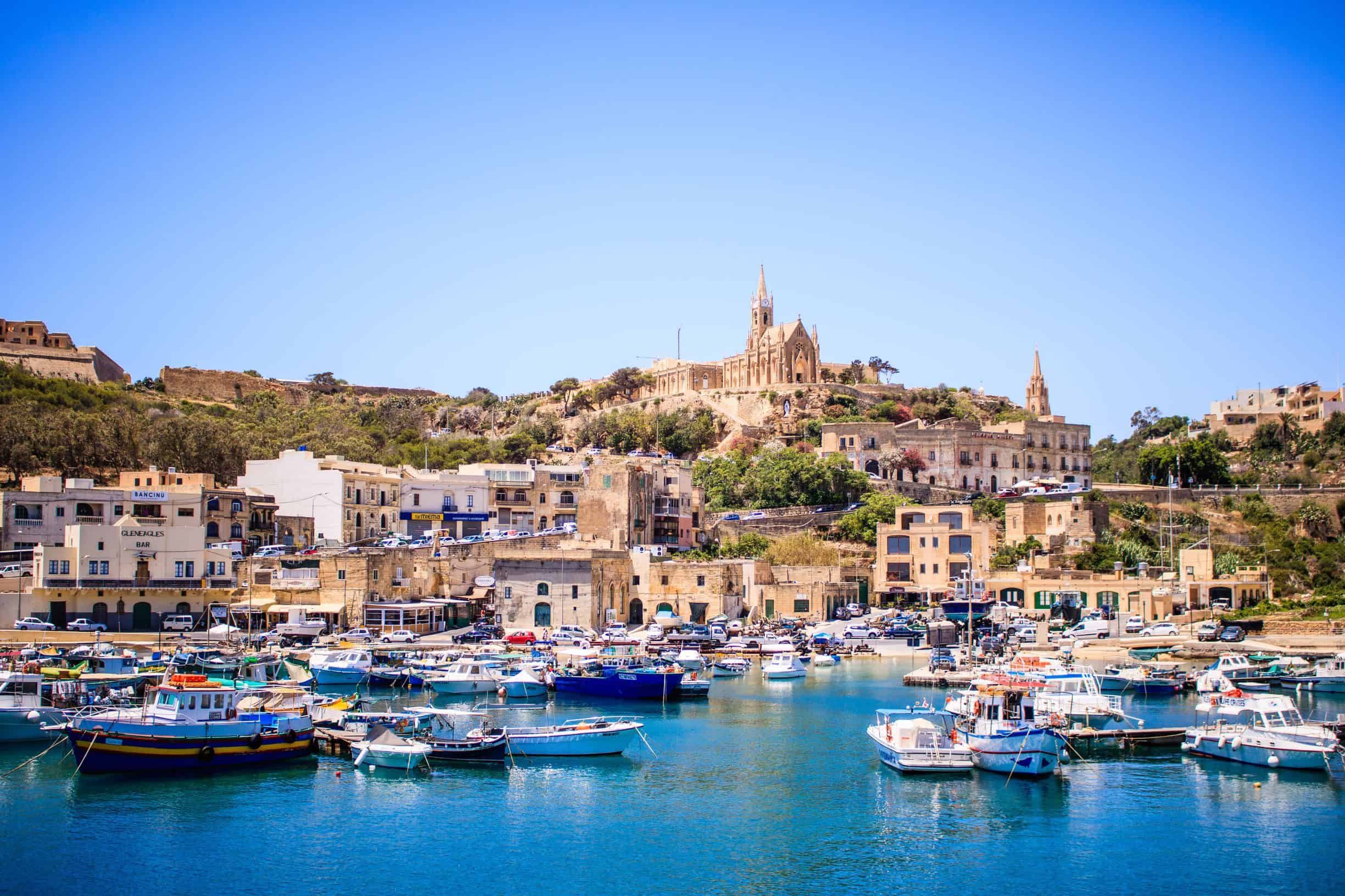 On this small group tour of Italy and Malta  for mature and senior couples and solo travellers we trace the life of Caravaggio, exploring the artistic works he left behind and the tumultuous life he led. We follow him from his birthplace in Milan to Rome, Malta, Sicily and Naples. In Rome, Caravaggio established his name as a brilliant though controversial painter until, accused of murder, he was forced to flee south. In each place he lived Caravaggio left behind a rich legacy of art for us to admire.