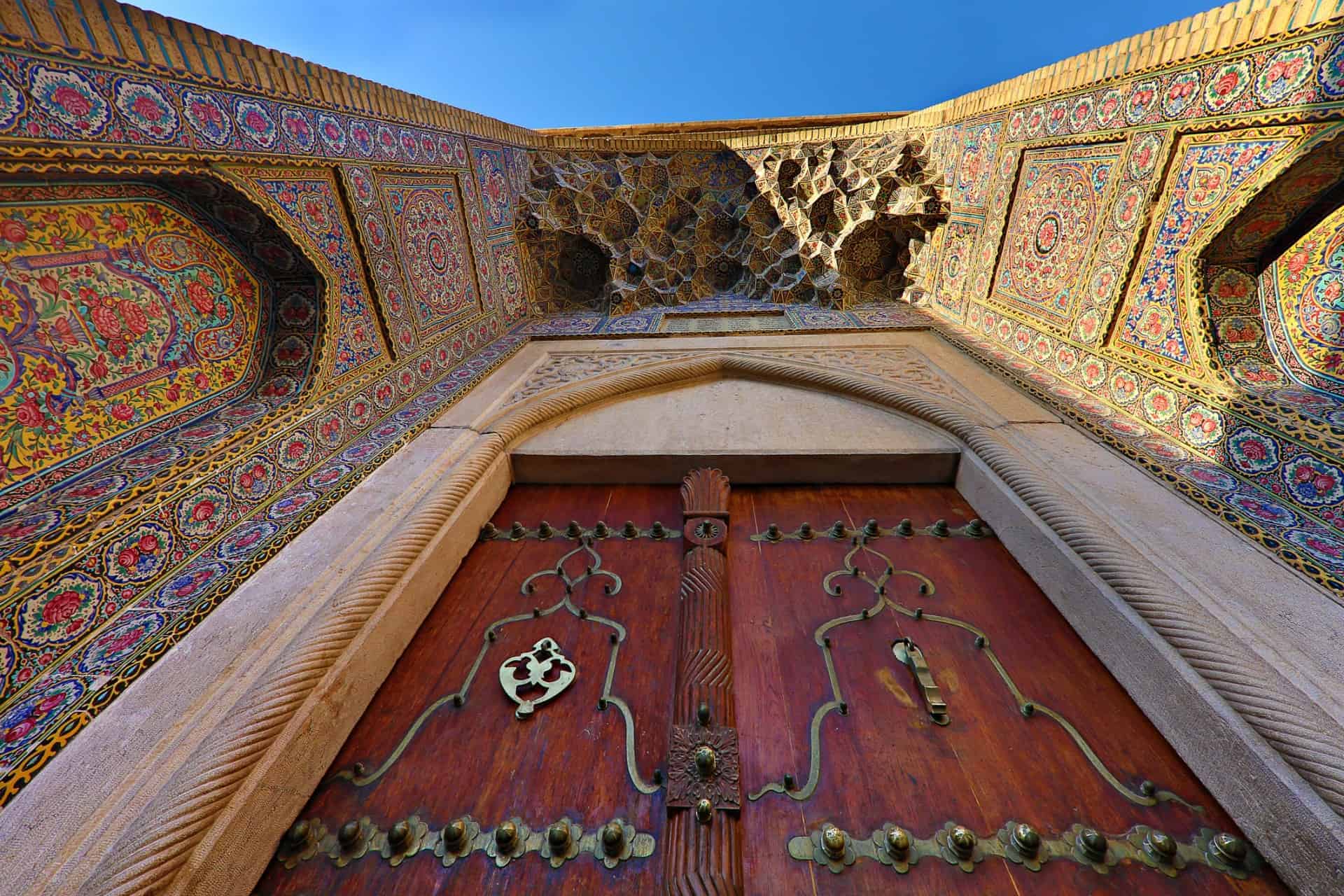 Shiraz is a city of over a million people located in the southern part of the Zagros mountains, in the province of Fars. Once a much larger region, its language, Farsi, became the official language of the Persians. The Achemenid kings of the Achaemenid Empire (also called the First Persian Empire) beginning with Cyrus the Great built their dynastic capital in Pasargadae, near Shiraz’s present-day location. Shiraz also held a pivotal role in the later history of Persia, particularly after the Arab invasion. It became the literary capital, thanks, in part, to the reputation of the Persian poet Sa’di, who was born here and whose final resting place is a tomb in a beautiful garden in the city’s outskirts. In the mid-1700s, Shiraz became the official capital of Iran under the Zand Dynasty (1750-1794). Many of the most beautiful buildings were built or underwent restoration during this period.

Due to Shiraz’s role as capital, it is home to many monuments important to Persian culture, making it a favourite travel destination in a trip to Iran for those interested to learn more about Iran’s history.

The famous Persian Garden is a UNESCO World Heritage Site and is based on the chahar bagh (“fourfold garden”), a model of garden philosophy and design used as a blueprint for landscaping throughout the Arab world and former Moorish territories in Asia and Europe. This is evident in India’s Taj Mahal in Agra and Spain’s Alhambra in Andalusia.

The chahar bagh has its roots in the 6th Century palace gardens of the Achaemenid kings of the Achaemenid Empire (also called the First Persian Empire). The gardens of Cyrus the Great, located in the ancient dynastic capital of Pasargadae (near modern-day Shiraz in Iran) share the same layout: they have a source of water in the centre (such as a fountain) that flows into four narrow canals, running at right angles and dividing the garden into four beds. The gardens are also marked with a walled enclosure, providing shade and a respite from the hot weather.

UNESCO added the Persian garden to its list of World Heritage Sites in June 2011, citing its “perfect design”, innovative engineering and architecture, and sophisticated water management. “Persian Garden” is UNESCO’s collective name for the nine Persian gardens from various Iranian provinces, including the ancient gardens of Pasargadae.

The Eram Gardens (Bagh-e Eram) are also on the list, located within the Shiraz Botanical Garden (established in 1983) of Shiraz University. Historical evidence suggests that the gardens date back to the 11th century, built during the reign of the Seljuk Dynasty. Restored by the Zand Dynasty, it was later acquired by a Qashgai tribal chief, Mohammad Qoli Khan. A three-story pavilion, which still stands in the gardens today, was added by Mirza Hassan Ali Khan Nasir-al Mulk, who bought Eram from the Qashgai tribes. The gardens have more than 45 plant species, 300 rose species, towering cypress trees, and fruit trees such as pomegranates, sour oranges, persimmons, olives, and walnuts. The pavilion itself, with beautiful tiled ceilings, is an architectural wonder.

Persepolis was built by Cyrus the Great around 546 BC. His tomb, private palace and audience palace still survive. It can be a good day trip to take from Shiraz proper, allowing you to wander around the surviving monuments before heading back to the city.

The 19th century Nasir al-Mulk Mosque was constructed between 1876 and 1888 during the Qajar dynasty. The Qajars were a Turkic tribe who held ancestral lands in present-day Azerbaijan (then part of Iran) and Agha Mohammad Khan in 1786 established his dynasty’s capital in Tehran, the present-day Iranian capital.

The Nasir al-Mulk Mosque is also known as the “Pink Mosque” because of its rose-coloured tiles and richly coloured stained glass. Built to catch the morning sun, the Pink Mosque is best appreciated in the morning when sunlight shines through its stained-glass windows, turning its interior into a kaleidoscope.

The Arg-e Karim Khan is a citadel, built during the early Zand period as part of the royal court. Iran’s ruler at the time, Karim Khan, hoped Shiraz would rival Esfahan. Its design combines military and residential architecture, as it was the home of Karim Khan and his military base. After the fall of the Qajar dynasty it became a prison, and in 1971 Iran’s Cultural Heritage Organisation took over its management and began renovations in 1977.

The photogenic Vakil Bazaar in the city center was first built in the 11th century, and is a wonderful place to have lunch and spend time wandering around.

External articles to assist you on your visit to Iran: