Tehran Through the Years: The Definitive Guide for Travellers 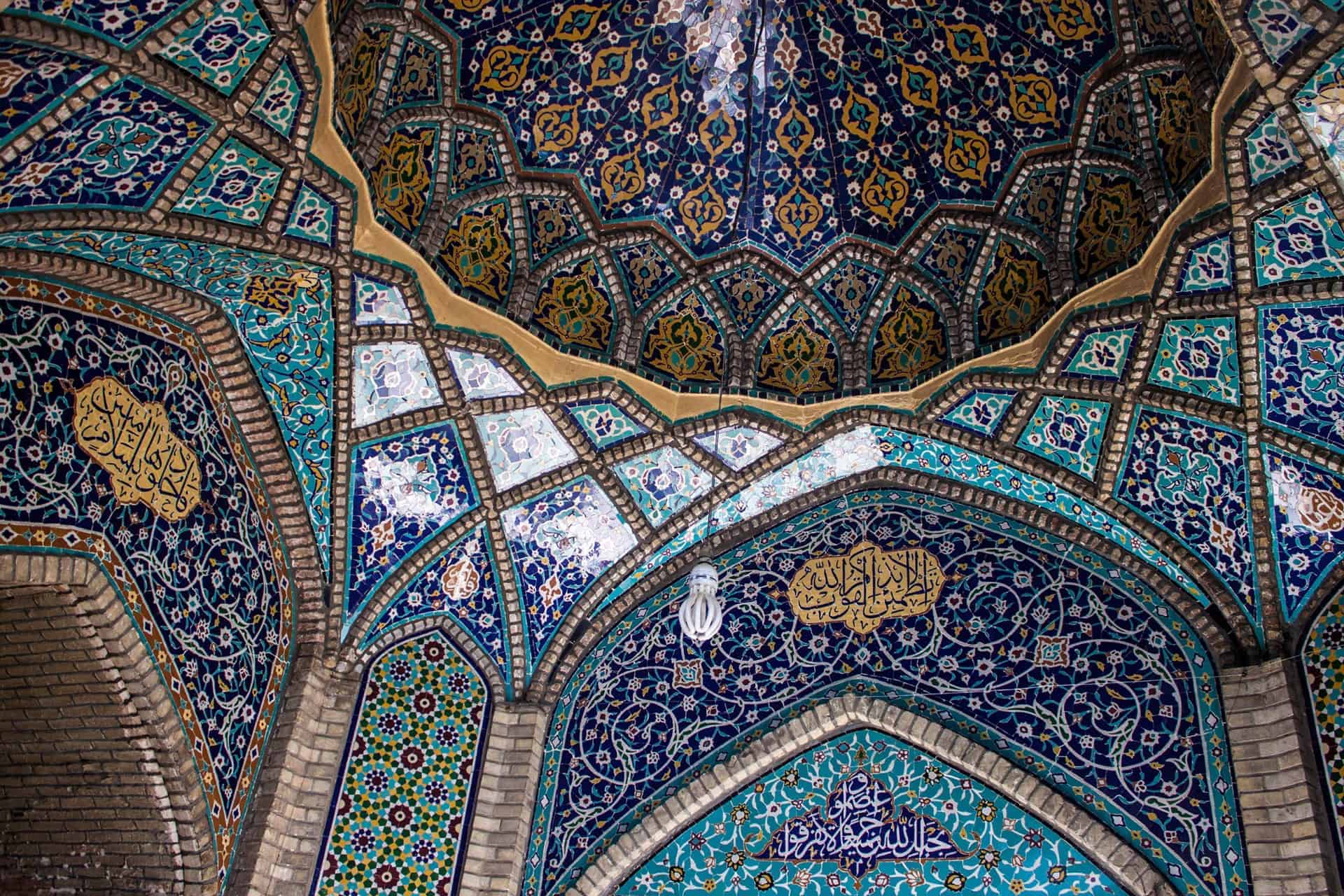 Following the 1979 Iranian Revolution that toppled its monarchy and paved the way for an Islamic Republic under its supreme leader, Ayatollah Khomeini, Iran is seen by most foreigners as a country of strict rules and intolerance. While it is true that religious law dictates dress codes and certain behaviour, the capital city of Tehran can immediately dispel a traveller’s preconceived notions of the country. It has been described as Iran’s “most secular and liberal city”. Oliver Wainwright, writing for The Guardian, describes youthful rebellion in Tehran in the form of flirtations in traffic jams and hip-hop music blaring in a skatepark, and likens the city to “Los Angeles with minarets”. (Tehran was indeed designed by an Austrian immigrant to the United States, architect Victor Gruen, who pioneered the design of American shopping malls.)

In this article we will look at the history of Tehran, which is tied to the history and lasting cultural legacy of Iran, formerly Persia. If you’re particularly interested in Iran, you may want to look at some of our other articles:

Iran is home to one of the world’s oldest civilisations. Tehran was first mentioned in historical accounts in an 11th-century chronicle as a small village north of the city of Rayy, capital of the Seljuq empire. Rayy declined in importance following internal conflict and the Mongol invasion, and is now the suburb Shahr-e Rey in present-day Tehran.

By the 13th century, this “small village” had grown large and prosperous, attracting the attention of the Safavid Shah Tahmasb I, who built a bazaar and a gated town square in Tehran in 1554. But Tehran was still not the Persian capital at that point; under Tahmasb I’s reign, Qazvin was made capital, moving from the city of Tabriz which was too close for comfort to the border with the Ottoman Empire. (To learn more about the Safavid Dynasty, click here.)

Tahmasb’s successors added more buildings to Tehran, turning it into an important trade centre. In the early 18th century, Karim Khan of the Zand dynasty ordered a palace and a government office to be built there but later chose Shiraz as the capital. After his death, Karim Khan Zand was succeeded by the Qajar ruler Agha Mohammad Khan.

The Qajars were a Turkic tribe who held ancestral lands in present-day Azerbaijan (then part of Iran) and Agha Mohammad Khan in 1786 established his dynasty’s capital in Tehran, a city geographically close to the Caucasian territories. (To read more about Azerbaijan and the Caucasus, click here.) Tehran’s population more than tripled in just a decade, reaching 50,000 by 1796.

Qajar rule was marked by widespread protests and the Constitutional Revolution of 1906. The protests were led by Iranian intellectuals educated in Western-style schools. The ailing Mozaffar al-Din Shah granted a constitution in 1906, providing a framework for the establishment of democratic institutions–secular legislation, a new judicial code, and a free press–weakening the power of the shah and religious authorities. Mozaffar died a year later and was succeeded by his son, Mohammad Ali Shah.

The first National Consultative Assembly (or the Majles) was opened in October 1906, but was suppressed two years later by the Persian Cossack Brigade, the new shah’s bodyguards and the most effective military force in Iran at the time. Pro-Constitution forces deposed Mohammad Ali Shah, and the re-convened Majles voted to install his young son Ahmad Shah on the throne.

Ahmad would be the last ruling member of the Qajar dynasty. In 1921, the Brigade began a military coup supported by British diplomats. The brigade’s general, Reza Khan Pahlavi, became Iran’s new Prime Minister. In 1925, he deposed Ahmad Shah and crowned himself Reza Shah, establishing the Pahlavi Dynasty.

Under Reza Shah’s reign, religious influence grew even weaker, with legal affairs overseen by secular courts instead of the Shi’ite religious courts. Women and girls were banned from wearing veils. The availability of secular schools increased for both girls and boys, and the University of Tehran was established in 1934. However, Reza Shah’s brand of modernisation has limits, as he banned trade unions and controlled the press.

His expansion of trade with Nazi Germany in the 1930s led to an Anglo-Soviet invasion of Iran in 1941. Allied forces forced Reza Shah to abdicate in favour of his son, Mohammad Reza Shah. Iran’s independence was guaranteed in 1943 at the Tehran Conference, a meeting between Allied leaders representing the United States, the UK, and the Soviet Union. In 1953, Prime Minister Mohammad Mosaddeq’s plan to nationalise Iran’s oil industry, and thereby end the control of British and American oil corporations of Iranian oil reserves, was scuttled by a CIA and British intelligence-backed coup.

The new shah’s “White Revolution” in the 1960s, called as such due to its implementation without bloodshed, introduced wide-ranging reforms, including redistribution of land from the landed minority to millions of families, and social and legal reforms to further women’s enfranchisement. In 1966, Victor Gruen and his company was hired by the government to design the capital.

The oil boom in the 1970s led to the skyrocketing of Iranians’ per capita income and ushered in Tehran’s urban development and its most prosperous period. The city population ballooned to four million by the end of the decade.

The 1979 Iranian Revolution, and a Hostage Crisis

Changes as big and as revolutionary as those introduced by Mohammad Reza Shah did not sit well with all citizens, sparking protests. The reforms also introduced problems even as Tehran appeared more glamorous with its new buildings and highways. The agricultural sector was poorly managed after land reform, and protesters were harassed and even illegally detained and tortured by the SAVAK, the Pahlavi secret police.

In 1963 a member of the ulama (scholars of Islam) named Ruhollah Musawi Khomeini, a professor of philosophy who was given the honorific ayatollah (leading scholar), spoke out harshly against the White Revolution and the shah’s pro-Western regime. He was arrested and forced to live in exile in 1964. Moving from Turkey to Iraq to France, Ayatollah Khomeini urged his supporters to overthrow the shah.

Mass demonstrations from various political sectors culminated in the toppling of the Iranian monarchy, and on April 1, 1979, Iran was declared an Islamic republic, headed by Khomeini. Meanwhile, the deposed Mohammad Reza Shah fled Iran and was later diagnosed with advanced malignant lymphoma. He requested entry into the US to undergo treatment. US President Jimmy Carter granted the entry on humanitarian grounds despite Iranian demand that the shah be returned to his country to face trial. Ayatollah supporters saw it as yet another unwelcome American interference in Iranian political affairs.

Angry students smashed the gates of the American embassy in Tehran on November 4, 1979, taking diplomats and embassy employees hostage. A few were released after a short period, but the hostage takers waited for the swearing-in of a new US President before releasing the rest of the captives.

The shah left the US and received asylum in Egypt, where he died in 1980. Majority of the hostages were freed 444 days after the beginning of the hostage crisis, when Ronald Reagan became US President on January 21, 1981. Ayatollah Khomeini died in 1989. The embassy in Tehran is now an Islamic cultural centre and a museum.

Tehran’s population in recent years has exploded to eight million in the city proper and 14 million in the greater metropolitan area, making it the most populous city in western Asia. It struggles with the same problems faced by other large cities in the world—overcrowding, air pollution, traffic jams. The Iranian government has announced plans to build 11 new satellite towns by 2041 to ease congestion in the capital.

Nevertheless, Tehran remains a major tourist destination, with its museums, palaces, and gardens dating back to the Qajar and Pahlavi dynasties, its labyrinthine Grand Bazaar, and its view of the spectacular Alborz Mountains.

Walk around Azadi Square and take a postcard-perfect photo of the Azadi Tower, the symbol of Tehran. It was inaugurated in 1971 by Mohammad Reza Shah as Shahyad Tower (Shahs’ Memorial Tower) to celebrate the 2500th year of the Persian Empire. After the 1979 Revolution, it was renamed Azadi Tower, or Freedom Tower. The streets near the University of Tehran are also packed with trendy shops and book stores.

The lavish Golestan Palace, home of the Qajars and originally built in the Safavid era, exhibits the wealth and extravagance of the Persian monarchy. It is a World Heritage Site, noted for its incorporation of Persian and Western design.

The National Museum of Iran is in Tehran and contains objects from excavation sites including Persepolis and Rey, a must-visit for those who want to see artefacts representing Iran’s centuries-old history.

The Sa’ad Abad Museum Complex, once home to Iranian nobility, covers more than 100 hectares of parkland and offers a glimpse of the shahs’ way of life. Today, the complex is home to several different museums: the White Palace, the Pahlavi’s summer residence; the Green Palace, built at the end of the Qajar era; the Nation’s Art Museum, Military Museum, and the Museum of Fine Arts.

The Treasury of National Jewels inside Iran’s Central Bank vault houses the gems and precious metals of the Safavid, Qajar, and Pahlavi rulers, and promises to be a jaw-dropping visit.

Odyssey Traveller offers two fully escorted trips to Iran each year, one in spring and one in autumn. We begin our tour in bustling Tehran, where we take in colourful traditional art and handicrafts at a number of museums. We then head to several of Iran’s ancient cities, Zanjan, Takab, and Hamadan, each home to important UNESCO World Heritage Sights. Our trip also visits Esfahan, regarded in the Middle Ages as ‘half the world’, and still Iran’s most beautiful city. We also head to the stunning desert city of Yazd, and Shiraz, famous as the ‘city of poets’, from which we make a day trip to Persepolis, capital of Darius the Great.

Our trip to Iran is designed for mature and senior travellers, either couples or those making their journey as a solo traveller. Our groups are always led by an experienced tour operator and local guides, who share the culture and history of Iran with you. We understand that the local cuisine is a vital part of culture, and make sure to include meals at authentic local restaurants.

For your Iran holiday, think about joining an Odyssey tour. We promise a memorable experience of this fascinating country. To see the full itinerary for our forthcoming tours click here, and please call or send an email if you have further enquiries.

Unlike its neighbours to the west and northwest, Iran had not adopted Christianity and it was the explosive spread of Islam and its ready adoption, without the Arabic language or customs, which helped unite the culture and greatly enrich Persian heritage. This small group tour program includes the great cities of Iran, historic sites, mosques, gardens, bazaars and teahouses for couples and solo travellers.