Sitting to the south of the Australian mainland, Tasmania combines an idyllic, rural charm with rugged natural beauty. Wander through the quaint country towns, or take in the pristine wilderness of the island. Join Odyssey Traveller as we take you on a journey through this remarkable travel destination.

The best of Tasmania 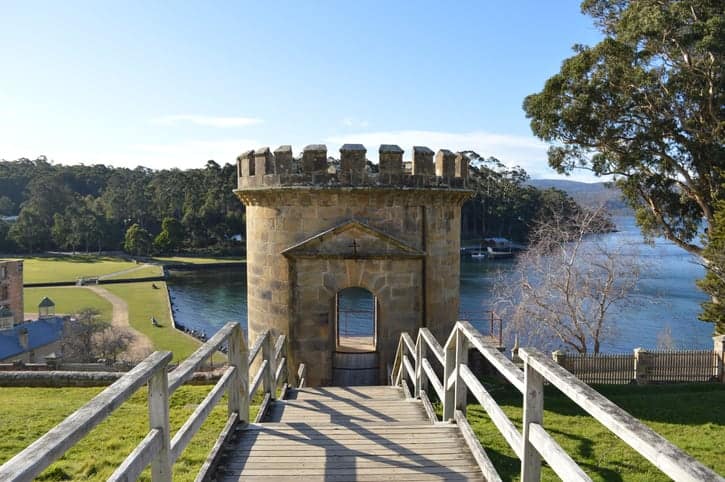 Port Arthur, one of the best-preserved former penal settlements in Australia. 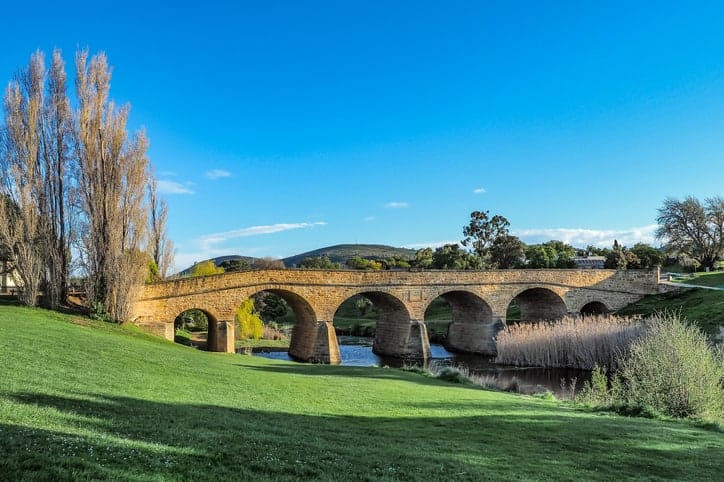 Richmond, a picturesque rural town in the heart of the Coal River Valley. 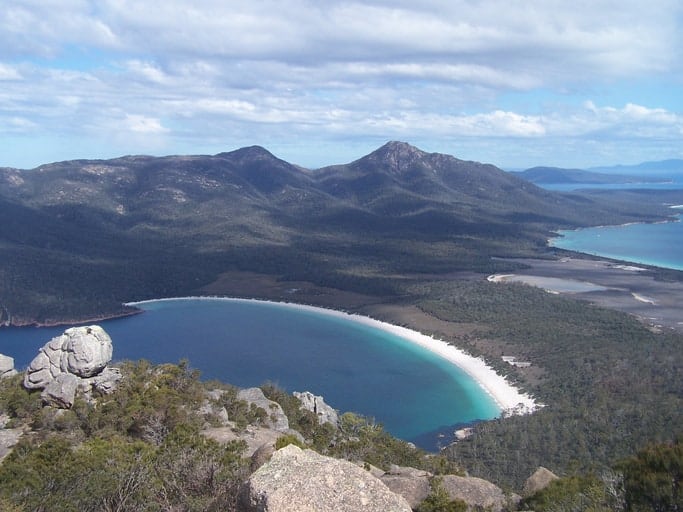 Odyssey travels by coach and occasionally uses local transport, including trains and ferries. Specifics are always outlined in your tour itinerary. There are no train services in Tasmania, so bus and coach services are your best bet if using public transport. Metro Tasmania operate bus services in Hobart, Launceston and Burnie and the surrounding areas of these locations, while coach services run the length of the island.

The island of Tasmania lies 240 km south of the Australian mainland and covers an area of 68,401 square km. Tasmania is Australia’s most mountainous state, with the Central Highlands dominating the centre of the country. Much of Tasmania is covered by forest, with the Tarkine Australia’s largest temperate rainforest. Many rivers run through Tasmania, the largest of which are the Derwent, Tamar and South Esk rivers.

Tasmania has a temperate climate, with warm summers and cool, wet winters. Depending on when you intend to travel, check the weather reports and dress accordingly

There are 1 property in Tasmania listed on the World Heritage List. You can view the listed property here: (https://whc.unesco.org/en/statesparties/au). Tasmania’s listed properties includes:

Tasmanian Wilderness, which contains one of the last remaining expanses of temperate rainforest in the world.

The arts are widely celebrated in Tasmania with festivals and events frequently cropping up on the calendar. The Festival of Voices is Tasmania’s largest singing festival, with singers and vocal artists flocking to Hobart for two weeks in July for workshops, performances and concerts. Festivale in Febraury brings together Tasmania’s loves for eating, drinking and performing, with over 70 stalls serving food and drink alongside live music and dance performances. Cygnet Folk Festival is dedicated to folk music and acts, with the town of Cygnet playing host to 3 days worth of performances and workshops on niche activities such as banjo playing and folk dancing.

Vanishing Towns: Tasmania’s Ghost Towns and Settlements by Michael Holmes
In Search of Hobart, by Peter Timm
The Convict Letter Writer, by Alice Meredith Hodgson
In Tasmania, by Nicholas Shakespeare

Tasmania is famed for its fresh, organic produce, and has food options galore. Seafood is abundant, with fresh salmon, oysters, and wild abalone being particular highlights of Tasmanian seafood. The rich soil of Tasmania has meant the Apple Isle has some of Australia’s finest produce, including wagyu beef, Flinders Island lamb, olive oil and black truffles. Dairy produce is a big part of Tasmanian food, with many varieties of cheese produced including blue cheese, brie, camembert, and even experimental varieties such as wasabi cheddar.

Besides fine food, Tasmania also produces many varieties of beer, wine and spirits. Many local producers of cider, whisky and gin have cropped up across the island, while Tasmania is also home to some of Australia’s leading cool climate wines. If you’re looking to have drink during your travels, be sure to drop by one of the many boutique breweries, distilleries and wineries that dot the island.

Generally speaking, Tasmania is safe to travel around in, though always exercise common sense while travelling.

Is tipping customary in Tasmania?

If you’re on an Odyssey tour, we take care of tipping so you don’t need to give it a second thought. However, in your free time, or if travelling independently, it’s essential that you tip an appropriate amount for services. Tipping is not customary in Australian culture, although a small tip will generally be appreciated.

Wifi is widely available in Tasmania, and should be freely accessible in most hotels, cafes and restaurants.