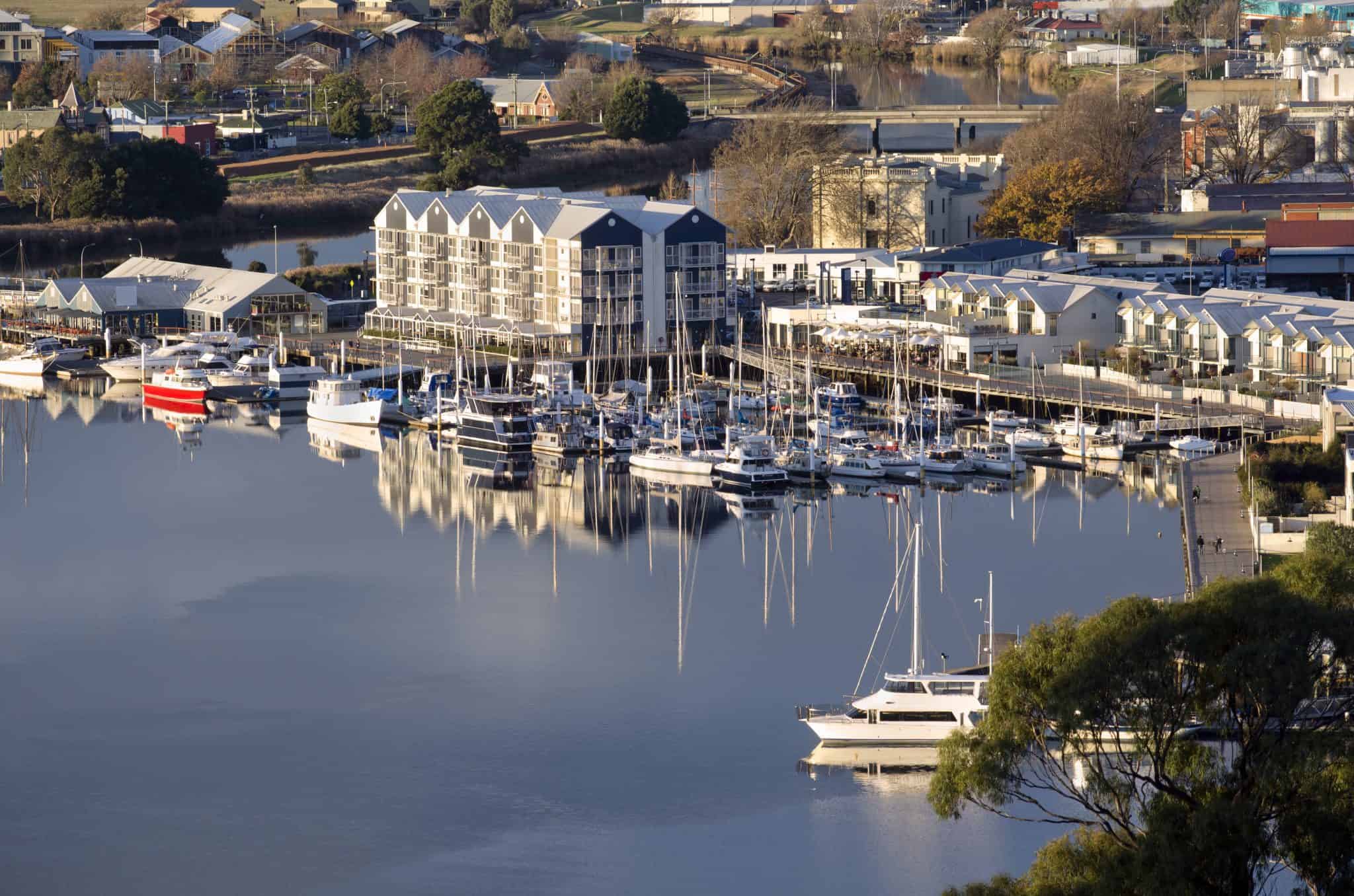 Northern Tasmania is well known for its sweeping valleys, vast farmland and historic cities. Launceston, one of Australia’s oldest cities, lying where the South and North Esk River meet to form the River Tamar and gateway to the Tamar Valley,  certainly stays true to this reputation. Founded in 1806, the north east Tasmanian city has witnessed a long history of exploration, settlement, economic boom and bust. Today every visitor to the city is immediately captivated by its vintage charm, which works to combine with a rich contemporary culture and zesty restaurant scene for an unforgettable experience.

Odyssey conducts a tour of Launceston as part of two of our small group tours for mature and senior travellers in Tasmania led by a local tour guide chosen for their local knowledge. Wildlife-rich destinations are found at regular intervals along the route of our 16-day tour of Tasmanian Wilderness. On this tour, we provide the opportunity to observe a variety of endemic species combined with dramatic scenery at the places we visit such as the Gordon River, Cradle Mountain, Lake St Clair, the rugged South East coast, the South West coast, and Mount Field National Park. Meanwhile senior singles, couples and small groups of friends interested in history and historic sites will find the itinerary of our 19 day guided tour of colonial Tasmania suited to their needs for a great Tasmania holiday package. This article explores the history and attractions of Launceston to assist your tour.

The first inhabitants of the area of Launceston were largely nomadic Aboriginal Tasmanians, also known as the Palawa people. For 40,000 years they lived in harmony with the land utilising the rich resources of the region.

European explorers Bass and Flinders first arrived in 1798 being sent to explore the possibility that there was a strait between the Australian mainland and Van Diemen’s Land (now Tasmania). They landed in Port Dalrymple (the mouth of the Tamar River), 40 kilometres north-west of present-day Launceston, and spent 16 days exploring the river.

Their exploration laid the groundwork for the first significant colonial settlement of the area by Lieutenant Colonel William Paterson in 1804. Originally his men set up a camp at the current site of George Town, before moving across the river to York Town a few weeks later, and finally in 1806 to its to its definitive position where Launceston now stands. Originally called Patersonia, it was later changed to Launceston in honour of Governor Philip Gidley King, born in the English seaside township of Launceston, Cornwall.

However, growth was halted in the 1840s as an economic depression hit Australia, and an excess in the labour market in Tasmania resulted in mass unemployment. Unemployment did not ease until the discovery of gold in Victoria during the 1850s with Launceston providing supplies and an exodus of the male population as a labour force.

It was not until the mining boom of the 1880s, however, that Tasmania was lifted out of economic depression. Launceston play a major role processing the ore from the rich tin mine at Mt Bischoff and also supply the mine fields on the west coast. Migration increased, trade flourished and the custom duties contributed to a booming Tasmanian economy supporting the birth of other industries – Waverley, Woollen Mills and Salisbury Foundry for example.

During this time Launceston grew from a small town into an urban centre. In 1889 it was declared a city, the second in Tasmania after state capital Hobart and the third in Australia (Sydney being the first).

As the size of the city has increased, so too have the number of visitors wishing to soak up Launceston’s rich past. As one of Australia’s oldest cities Launceston has one of the best-preserved early cityscapes in the country. Century old parks and elegant Colonial and Victorian architecture – some dating as back as 1824 – dot the city giving it its wonderful historic charm.

On Shield Street many of the buildings date back to the 1830’s, including the second penitentiary, while St John Street is home to a number of mid-19th century public buildings reflecting the growth of self-government in Tasmania. Many of the historic town’s buildings still function today repurposed as fashion boutiques, bars, banks and high tech-offices.

Locals place a high value on culture in Launceston, thriving as a vibrant hub of art galleries, museums and design studios alongside excellent food, wine and coffee scenes bustling with energy.

The city and its surrounds also offer stunning scenic beauty for the nature lover. Cataract Gorge, a touch of epic wilderness, sits at a great location right in the heart of town just a few minutes’ walking distance from the city centre. Meanwhile verdant hills and sweeping valleys surround the city beckoning to be explored on a day trip. Following the Tamar River especially, the gateway to the Tamar Valley north from Launceston, will take you through Tasmania’s wine-growing region, past forested hills and farmland, lavender fields, vineyards, orchards and pretty riverside towns, and historic villages.

You can visit Launceston as part of our 16 day wildlife tour of Tasmania as well as our 22 day tour of Tasmania’s colonial history. Both tours are led by a local tour operator chosen for their local knowledge. Odyssey Traveller has been serving global travellers since 1983 with educational small group tours of the history, culture, and architecture of our destinations designed for mature and senior travellers. Tours consist of small groups of between 6 and 12 people and are cost inclusive of all entrances, tipping and majority of breakfast, lunch, and dinner meals. For more information, click here, and head to this page to make a booking.

Articles about Tasmania and Australia published by Odyssey Traveller:

External articles to assist you on your visit to Tasmania: 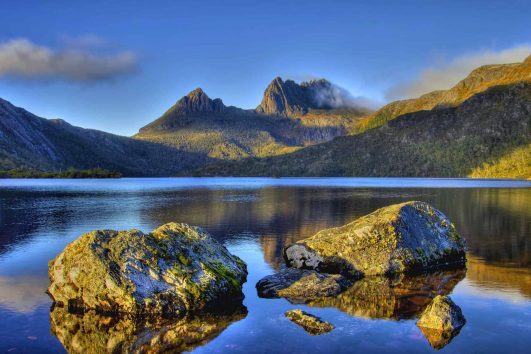 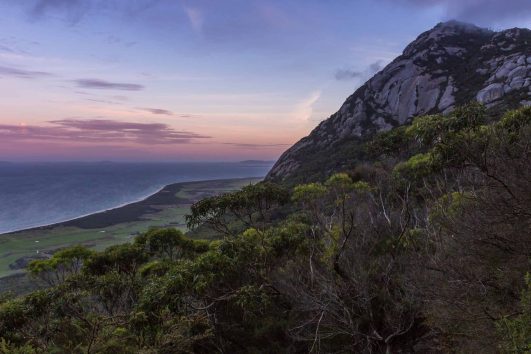 Learn more about this island in the Bass strait as you prepare for week long small group walking tour  of the island that begins and ends in Launceston. For fit mature and senior travellers, couples or singles  with an interest wildlife and history. 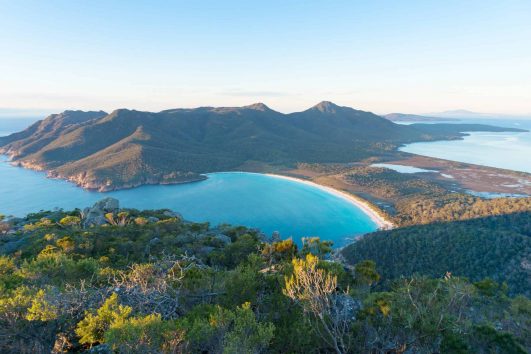 Small group tour of the Tasmanian wilderness for senior travellers. This tour for active couples and solo travellers explores Wineglass Bay on the Freycinet Peninsula is one of the jewels of Tasmania's east coast, walking a section of the bay of fires walk and learning about Aboriginal history. 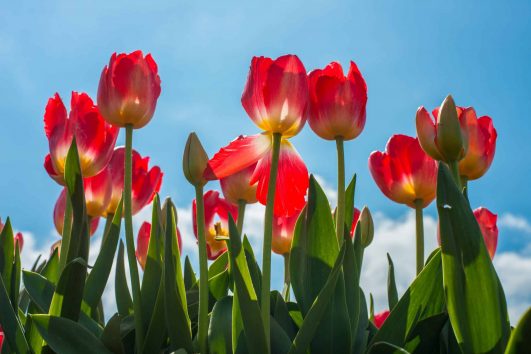 Highlights of Australia: Dutch tulips of Table Cape, Tasmania Australian tulip lovers take note. While thanks to coronavirus, a trip to the world famous Kukenhof Gardens in the Netherlands might be off the table for… 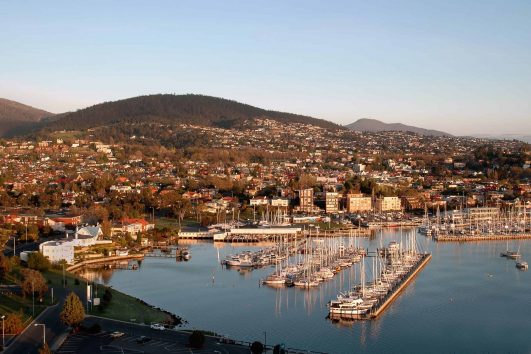 Join some of many classes offered in the  summer schools each January for a fortnight in this city or take a small group tour for senior and mature travelers of Tasmania wildlife & history. 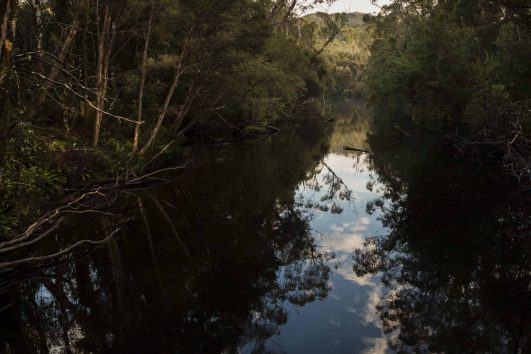 Ice age archaeological sites of the Tasmanian Wilderness World Heritage Area, Australia The Franklin-Gordon Wild Rivers National Park is one of the most remote places in Australia, a wild labyrinth of winding gorges, rushing rapids,… 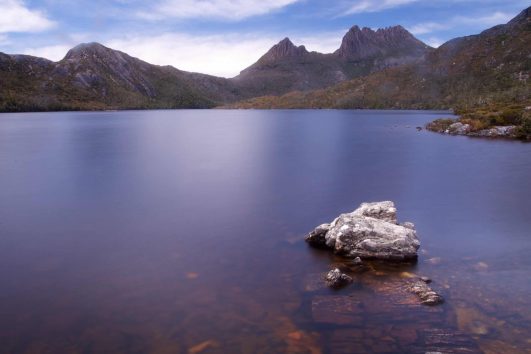 Questions about Australia for senior travellers

Questions About Australia for senior travellers Odyssey Traveller specialises in crafting unforgettable experiences for senior and mature-aged travellers interested in learning as a couple or as a solo traveller when they travel. Providing adventure and… 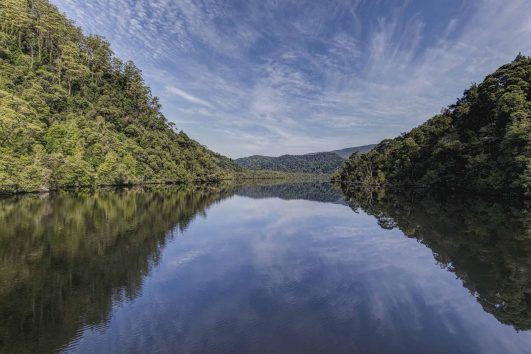 Learn and explore Strahan and the Gordon river on Tasmania's west coast on a small group tour for senior travellers. This 16 day is for active couples and solo travellers who seek to learn as they travel. View some of the Best tours of New Zealand and Australia. 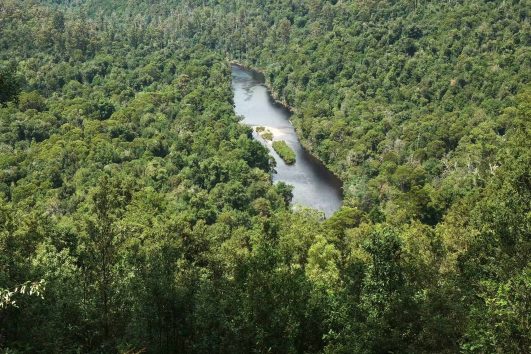 The Tarkine coast mapped by Bass and Flinders is a unique forest environment, explored on a small group tour for mature and senior travellers for couples or solo participants. The northwest of Tasmania including this cool temperate rainforest is a conservation area rich in Aboriginal history from the ice age.