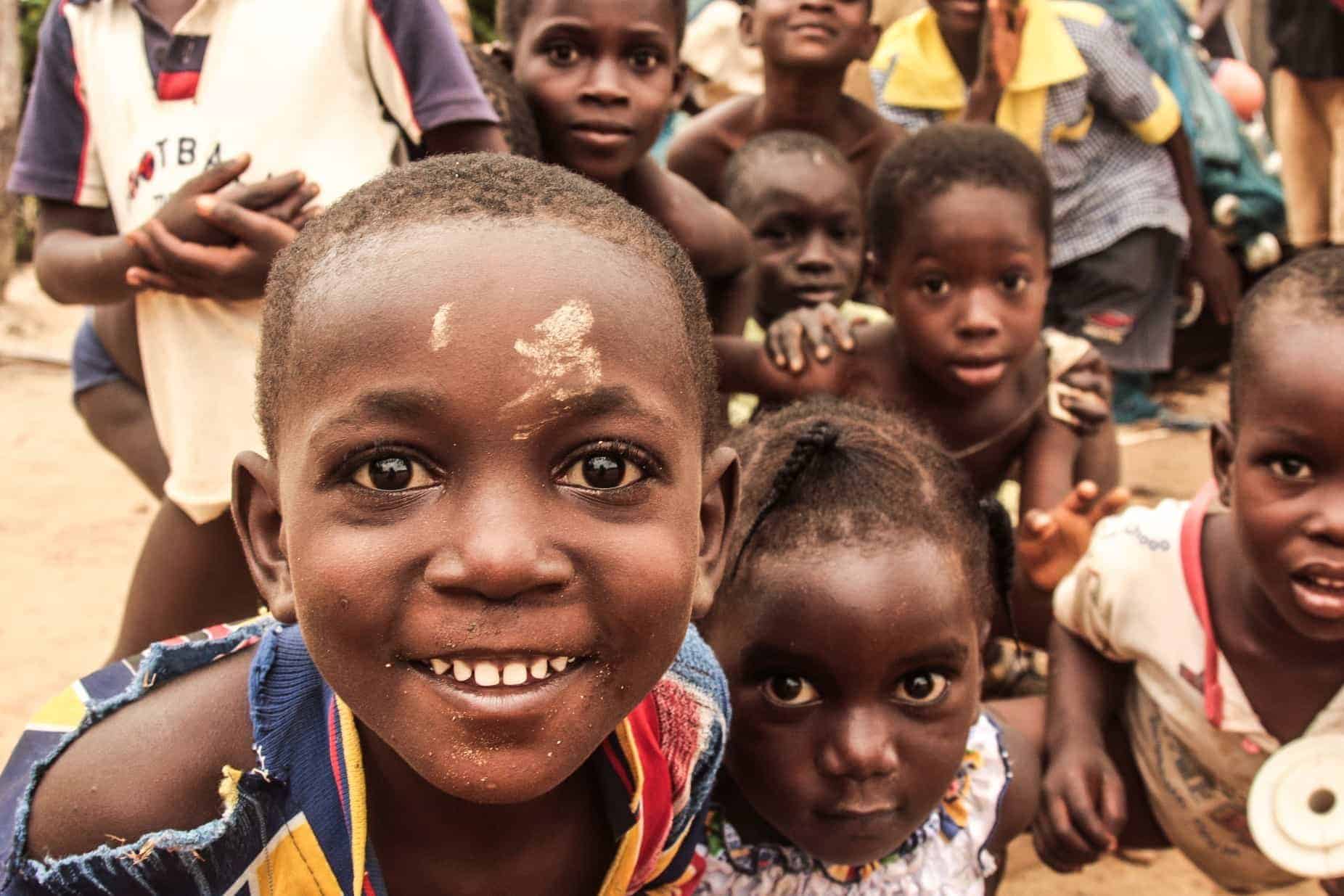 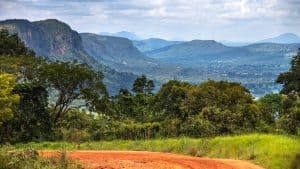 Journey to Central and West Africa

This article provides an overview of what you can expect and some things you should see when visiting this region, and some tips on how to prepare for your next West African trip. Do keep in mind that West Africa is an extraordinarily diverse region, and comprises 16 separate nations, so not everything included in this article will apply to every nation within this area. However, we’ll highlight a few particularly spectacular sights and features which are worth the journey alone, and provide some tips on how to get around, how to prepare for the trip, and how to make sure you get as much out of your adventure as possible. 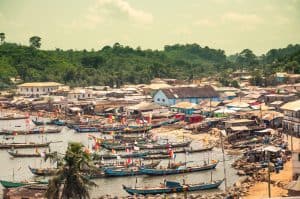 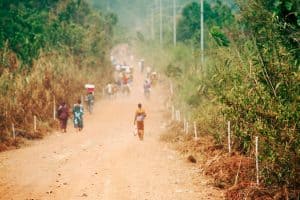 Benin is off the usual path for tourists, but this small West African country is well worth a visit. A fascinating article by Ken Jennings (of Jeopardy-winning fame) in the Conde Nast Traveler magazine offers a fascinating look at Ganvie, Africa’s largest town on stilts, and sometimes known as ‘the Venice of Africa’. 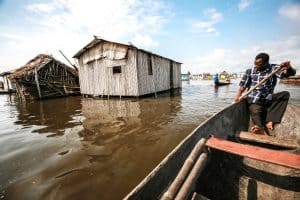 It’s aptly named, as the city is constructed almost entirely around water and canals. The locals farm fish that are penned in, and use canoes to make their way around the village. It was founded in the seventeenth century, during the heights of the slave trade, by the Tofinu, a tribe that was fleeing the slavers of an enemy tribe. The slaver tribe was forbidden by their religion from fighting on the lake, so it became the new home of the Tofinu. 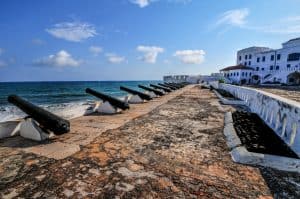 In recent years, Benin’s art scene has seen a boost, as the home to West Africa’s first contemporary art museum, the Fondation Zinsou Museum in Ouidah. The museum is in a gorgeous historic villa, and has a focus on representing African Artists and celebrating African history and culture. 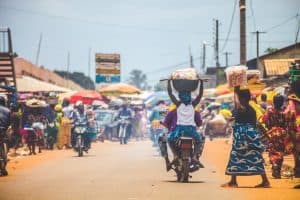 Ghana is a stunningly beautiful country with an extraordinary history. The capital, Accra, is also the nation’s most populous, with over 2 million residents. It has a range of tourists spots and some lovely beaches. The National Museum is worth a visit if you’d like to get a sense of Ghana’s rich history, covering archaeology, ethnography, and art. Also worth a visit is the Holy Trinity Cathedral, an Anglican church built by the British government in the late nineteenth century, and still in use today.  One of the city’s most impressive (if controversial) buildings is TheFlagstaff House, which is the seat of government. Previously, the seat of government was in Osu Castle, a seventeenth century coastal fortress, originally built by the Danes. Osu Castle is currently closed to tourists, but there is speculation that it may be turned into a presidential museum.

Ghana also has a strong tradition of craftsmanship. The fantasy coffin is an especially notable Ghanaian tradition, seen as a way of enthusiastically celebrating a life. The coffins are only ever produced to order, and look like no coffin you’ve ever seen.

A particularly extraordinary fantasy coffin artist is Paa Joe. 69 years old, having worked in the funeral industry for more than 50 years, Joe builds stunning coffins, in the shapes of objects that connect, somehow, with the life of the deceased. His coffins have been shaped like food, animals, and even sneakers.While Joe’s work has been recognised internationally for some time, it has only recently begun to be recognised as art in his home country.

The craft of fantasy-coffin-making tends to run in the family. Paa Joe’s uncle, Seth Kane Kwei, established Kane Kwei coffins in the 1950s. This shop is still operating today, staffed by Kane Kwei’s son and a series of interns.

Togo’s history of colonialism has resulted in a mix of British, Portuguese, and German heritage, existing alongside the local culture. Often referred to as the pearl of West Africa, its capital Lomé, also its largest city, is a great place to relax by the beach or become acquainted with the culture of Togo (including a voodoo market!). If you’re keen to venture outside the city, in North-East Togo you can visit the World Heritage-designated Koutammakou. The area is the traditional home of the Batammariba tribe who continue to live in mud tower-houses. These striking dwellings are a symbol of Togo, and blend day to day life seamlessly with the natural landscape. 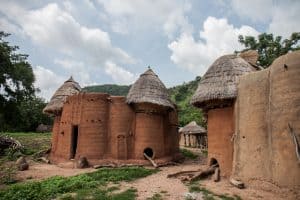 Historically, certain areas of West Africa along the Bight of Benin were referred to as the Slave Coast, because of the significance of the region to the slave trade from the sixteenth century to nineteenth century. It is estimated that around 13 million slaves were taken from West Africa to Europe and the Americas, millions dying along the way.

Benin has a significant and tragic history that is worth knowing. On a beautiful beach in Benin, near Cotonou, sits the somber and magnificent arch, rust-coloured, facing out towards the Atlantic, memorializing those taken into the slave trade. The arch stands at around 50 feet high, and is topped by an engraving depicting chained slaves being led into the distance. It is referred to as the Gateway of No Return. To get to the monument, you must take a three-mile Slave Route – which is lined by a range of shrines – from Ouidah.

Another site that memorialises slaves in the area is the Tree of Forgetfulness. When the slave markets still operated, slaves would be taken down to this tree, and forced to walk around it a set number of times. They were told that once they had done this, they would entirely forget their past lives.

The legacy of Ghana’s slave trade is still visible in a series of forts and castles dotted along the coastline, originally built to protect the nation’s vast resources, but gradually transitioning to strongholds in which to keep slaves captive. Several of the buildings now function as museums, and are increasingly popular with both tourists and locals who wish to better understand Ghanaian history, and remember the millions who suffered in the past.

Voodoo, as practiced in Central  Africa, differs significantly from the typical racist Hollywood stereotype. It is also known as African Vodun. The only way to get past the reductive cliches and properly discover the nature of Voodoo is to pay a visit to Wes

t Africa. Abomey, in Benin, is a commune covering around 140 square km, and is the birthplace of  voodoo, which also happens to one of the country’s official religions. Voodoo day, on January 10, is celebrated as a national holiday, and the city houses a national Voodoo museum. However, it was only made an official religion in the 1990s, when certain rituals ceased to be banned. Now, there are around 1.5 million Beninese people who identify as following Vodun, or about 17% of the population .

Voodoo entails the worship of a spiritual world, which includes a supreme being and many lesser divinities. These divinities might manifest or represent a certain concept or

defend a tribe or nation. The role of priests is generally to mediate between the realm of the spirits and the living. Vodun rituals often use animal bones and remains, and they are also used for herbal remedies and medicines. 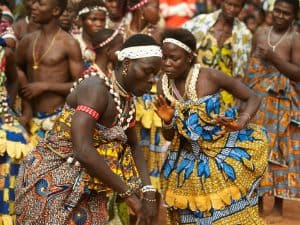 If you’re feeling adventurous, you may want to check out the Voodoo fetish markets in either Togo or Benin. Wandering the market, you will mostly see the parts of dead animals, in piles and for sale. Each of these parts is to be consumed or applied in a particular way to cure an ill, or offer some other health or life benefit. However, before you travel to such a venue, it’s advisable to do some searching online to see exactly what will confront you on arrival. Some of the products available at Voodoo markets can be quite confronting, as can the smell.

In terms of communicating with locals in West Africa, if you have any French it will be a great asset. While Ghana’s official language is English, most West African countries were colonised by the French.

In terms of healthcare, there are a few precautions that are essential. Before the trip, visit your GP to see what they advise with regards to vaccinations, medica

tion, and just general good practice. It’s worthwhile making a trip to a travel doctor, who will have the specialist knowledge necessary. Make sure you carry plenty of insect repellent, and apply it liberally, as many diseases are mosquito-borne. Additionally, whenever you’re visiting a location where malaria is present, you must take malaria tablets. 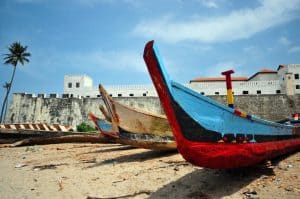 While West Africa does tend to be hospitable to tourists, and make for a wonderful holiday destination, it’s important that you thoroughly research the locations you are visiting, and check to see what specific precautions you should take, or if there are areas best avoided. For example, in Togo, walking along beaches alone can be dangerous, especially at night, as they are common sites for muggings.

Packing for Central and West Africa

It’s probably going to be hot and humid, so you should pack lightweight clothing that can dry quickly after being washed. While the region is warm throughout the year, there is a short but intense rainy season that usually hits between June and September, so a good quality raincoat will be worthwhile. And, as mentioned above, insect repellent is a must! 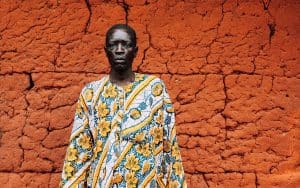 Depending on what you usually eat, Central and West Africa cuisine can be quite distinct, and rich. Also, West African food can be quite spicy, so make sure you check on the spice level of food before you start eating, if that’s something you’re sensitive to. One particularly delicious dish, that has varieties across the region, is Jollof rice. Jollof rice is a one pot rice dish, that generally has a tomato base, and can be cooked with chicken or fish, and peppers. Another West African staple, with several variations, is Fufu. It’s a simple thing to make, simply requiring the mixing of plantain or yam flour (or a similar substance) mixed with warm water and moulded into balls, and is often used to accompany a meal such as a stew. 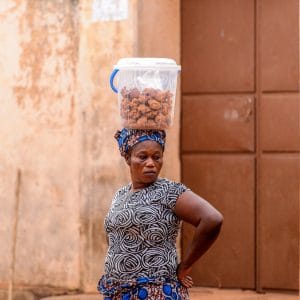