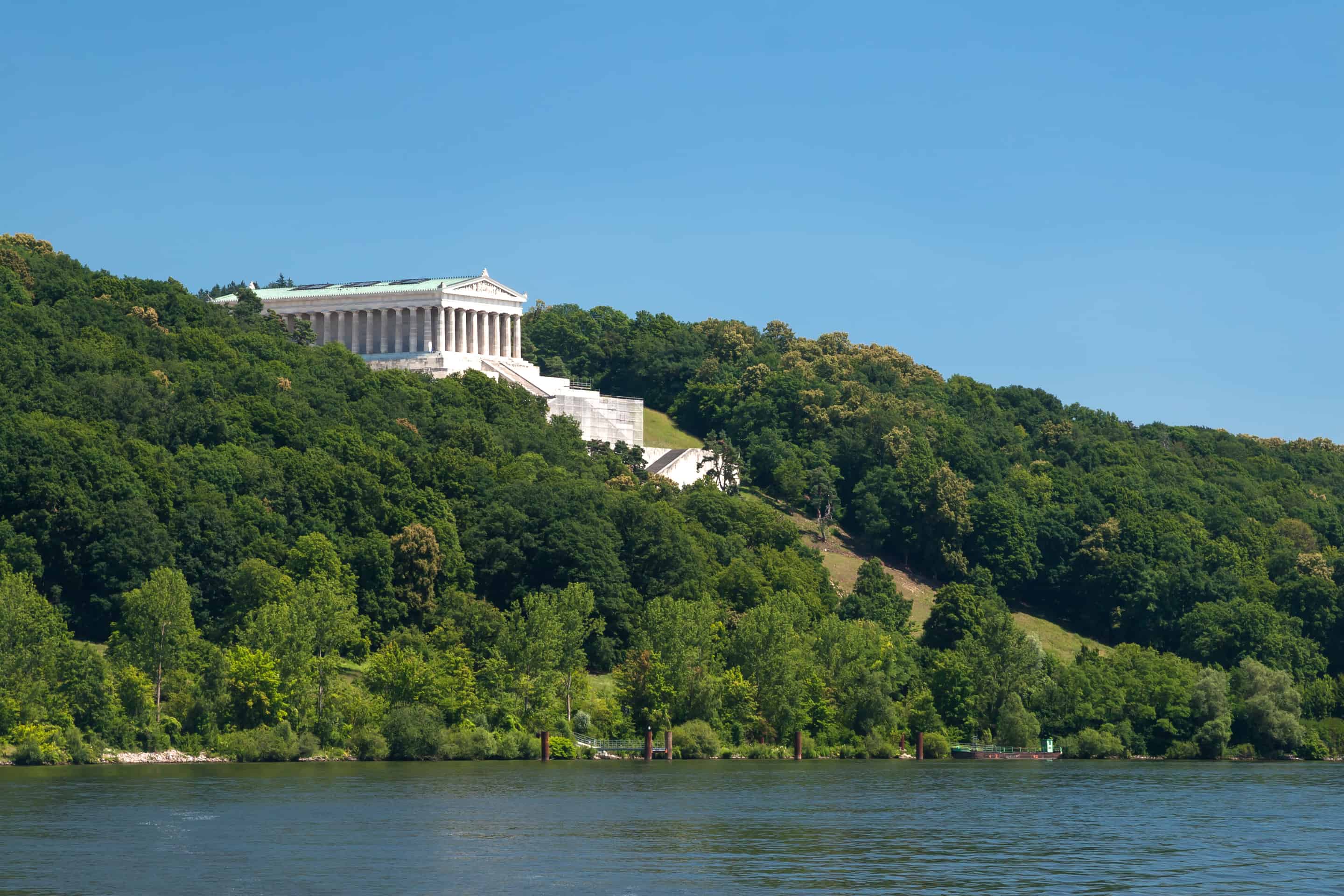 The Neoclassical Walhalla Memorial, reminiscent of the Parthenon and reaching for the grandeur of the mythological Norse Valhalla after which it was named, is located high above the Danube River, east of Regensburg, Bavaria. The white stone temple was conceived in 1807 by King Ludwig I—at the time still the crown prince of Bavaria—as a hall of fame to honour and draw inspiration from German-speaking scientists, artists, politicians, and other historic figures. The memorial displays some 65 plaques and 130 busts covering 2,000 years of Germanic and German history.

Until 1871, there was no “Germany”. Instead, Europe’s German-speaking territories were divided into several hundred kingdoms, principalities, duchies, bishoprics, fiefdoms and independent cities and towns. In the 9th century, what is now modern-day Germany was ruled by Charlemagne’s Holy Roman Empire, later subsumed by Napoleon’s French Empire in 1806. In 1807, the young Crown Prince Ludwig of Bavaria, in the wake of this defeat, wished to erect a monument to remind German-speaking peoples of their common history and victories—a 19th-century “German pantheon” of sorts. After Ludwig was crowned king of Bavaria, construction began in 1830 and 1842 under the supervision of the architect Leo von Klenze.

As the modern German state would not exist for a few decades more when the monument was opened in 1842, the hall of fame included ancient Germanic peoples (including Anglo-Saxons), and famous personalities from the Holy Roman Empire.

The first addition to the collection after its opening was a bust of Martin Luther; the Catholic Ludwig was hesitant to include him but he was later persuaded by his sculptors. Several more will be added over the next century. Since 1945, after the war, private individuals or institutions can propose names to be added, the suggestions reviewed by the Bavarian Academy of Sciences. Additions include Otto von Bismarck, Richard Wagner, Ludwig van Beethoven, Albert Einstein, Johannes Brahms, and Sophie Scholl, a Munich student and activist who was executed by the Nazis. The 65th plaque, dedicated to the German resistance against Nazi Germany, was added in 2003.

Busts of the artist Käthe Kollwitz and the physicist and Nobel Prize winner Max Planck are also scheduled to be included.

Take a walk inside Walhalla and enjoy the view of the Danube from one of the treasured national monuments of Germany.