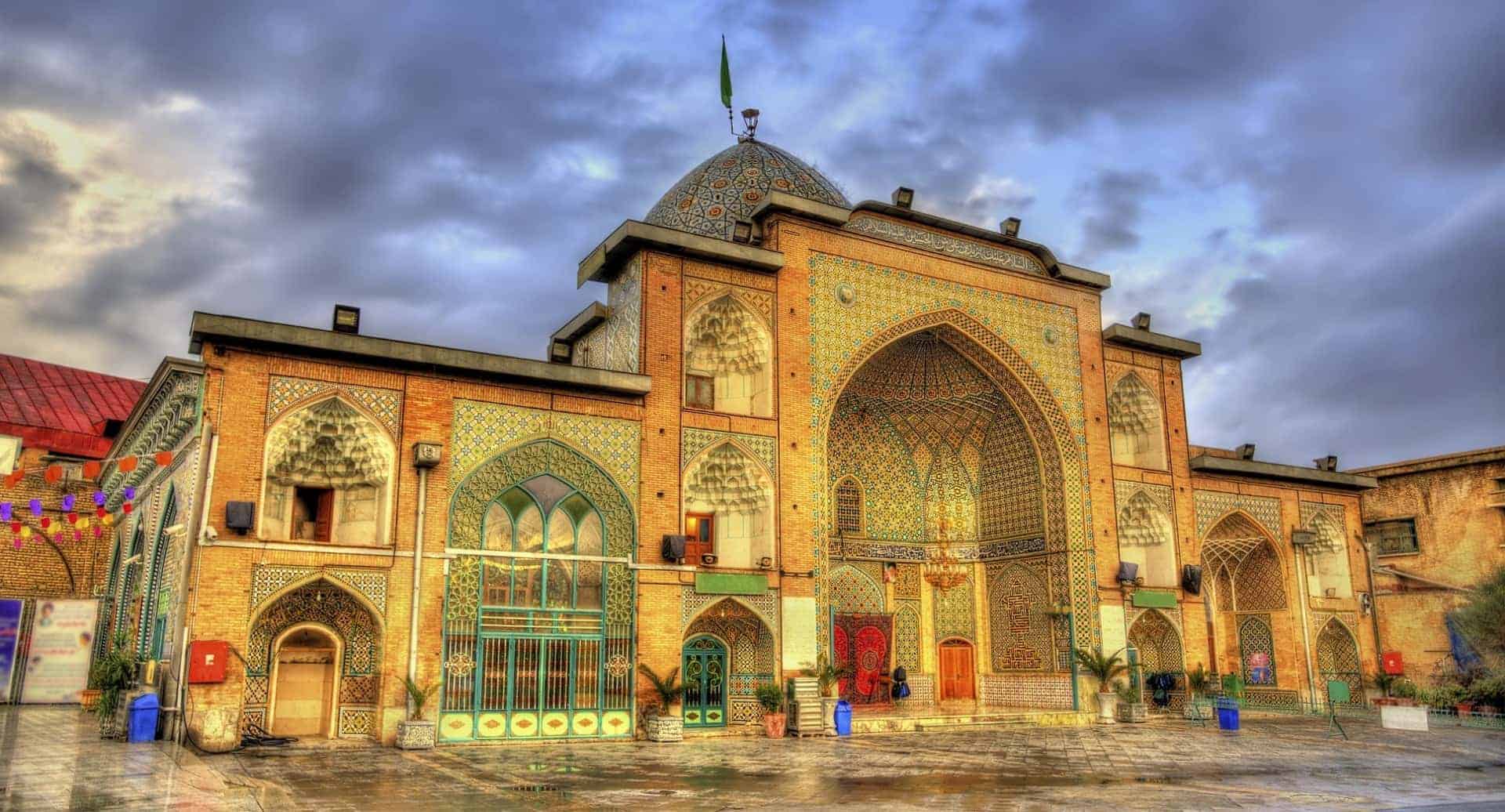 Isfahan (also spelled Esfahan) is an essential stop on a trip to Iran. Located about 340 kilometers south of the capital of Iran, Tehran, Isfahan was capital of Persia in the 11th century and the 16th century. Its first period as capital came in 1047, when the Seljuks made Esfahan their capital and adorned it with their magnificently geometric style of architecture. In 1598, Isfahan became capital for a second time under Shah Abbas the Great, who added many more beautiful buildings to the considerable wealth of history preserved in the construction of earlier periods. This packed the city with magnificent and grandiose imperial architecture,  turning it into an important architectural fulcrum for the Islamic world. The Great Mosque of Isfahan (Friday Mosque) influenced early Islamic mosque architecture, and Shah Abbas’s Naghsh-i Jahan Square (“Image of the World”, later known as Imam Square after the 1979 Iranian Revolution) was designated a UNESCO World Heritage Site.

The Great Mosque of Isfahan, also known as Jameh Mosque or Friday Mosque, began its life as a hypostyle (“under pillars”) mosque in the 8th century. This design defined early Islamic architecture, until the four-iwan style–a large vaulted space closed on three sides and open on the fourth, facing a courtyard–was introduced in the 11th century, drawn from ancient Persian design. The hypostyle design allows for the construction of large spaces, such as temples or palaces, without the need for arches. You can see this construction style in the ruins of Persepolis.

You can still see the hypostyle area in the Friday Mosque, but the mosque itself was converted into the four-iwan style by the Great Seljuqs in the 11th century. The Great Seljuqs was the main branch of a Turkic dynasty that ruled over Iran, Iraq, and much of Anatolia. The Friday Mosque served as a prototype for later mosque designs throughout Central Asia, replacing the hypostyle mosques from Egypt to India.

The use of colourful tiling became characteristic of Safavid architecture in Isfahan, Iran. The Safavid Empire was established in Iran in the 16th century after the dynastic fragmentation that followed Timur’s death. A Safavid ruler, Shah Abbas I, moved the capital of his empire from Qazvin to Isfahan in 1598 in an effort to avoid assaults by the Ottomans and to control the Persian Gulf. Isfahan underwent massive urban planning, producing the Naghsh-i Jahan Square (“Image of the World”, later known as Imam Square after the 1979 Iranian Revolution) surrounded by the monuments built during Shah Abbas’s rule:

The massive constructions were funded by the wealth Shah Abbas brought into the royal domain through retaking land held by the Kizilbash, Turkmen tribes who supported the Safavid dynasty, and increasing trade with Europe.

Construction began in 1602 as the centrepiece of his new capital, and consequently it became the home of the finest architectural jewels in the Safavid empire. Locals and tourists flock here to enjoy its gardens and fountains, or shop for Persian carpets and other goods in the surrounding bazaar.

The Imam Mosque, built between 1611 and 1630, is considered an architectural masterpiece and a treasure of Islamic architecture. Like the Friday Mosque, it was built in the four-iwan style. The Imam Mosque was the second congregational mosque built in Isfahan, and with its monumental grandeur and incredible mosaics  and decoration, was designed to replace the much older Friday Mosque as the site of the weekly Friday prayer service in the city. The Naghsh-i Jahan Square itself is not aligned with Mecca, so the Imam Mosque had to be angled at 45 degrees so it faces the correct direction. This also ensures that the mosque was visible wherever the viewer is standing on the Square. Both the mosque and the square are listed by UNESCO as World Heritage Sites.

Standing on the eastern side of the square is the Sheikh Lotfollah Mosque, named after Shah Abbas’s father-in-law. It was built for the private use of the Shah and his family, and resembles a large maqsura than a traditional congregational mosque, according to Babaie. A maqsura is a demarcated area closest to the mihrab (where the imam stands to lead the prayer and give his sermon) that is reserved for rulers and their retinue. The Sheikh Lotfollah Mosque has no courtyard nor minaret or tower from which the faithful are called to prayer, as this is a private royal mosque. Its portal faces the royal residence, Ali Qapu Palace (ali=”great”; qapu =”gate”). The mosque is now open for visitors.

The Ali Qapu Palace, built at the end of the 16th century as a residence for Shah Abbas I. Its elevated terrace affords a wonderful perspective of the Square and one of the best views of the Imam Mosque.

Other ‘don’t miss’ sights in Isfahan include the beautiful Khaju and Si-o-se-pol bridges over the Zayande River. Shah Abbas built several of these structures to serve as both reservoir-forming dams as well as bridges. The Khaju Bridge is arguably the finest. Its 110 metre length has two levels of terraced arcades, the lower containing locks to regulate the water flow. The remains of some of the original painting and tiles can still be seen, as well as stone seats built for the Shah to sit on to admire the view. Si-o-se-pol Bridge is 298 metres long, with 33 arches that give it its name.  It links the upper and lower halves of the Chahar Bagh, the tree-lined main street that runs through the centre of Isfahan.

On the south bank of the river is Jolfa, which was the Armenian quarter in Shah Abbas I’s time. He transported a colony of Christians from the northern town of Jolfa, needing their skills as merchants, entrepreneurs and artists. The Armenian Christians built the Cathedral of the Holy Saviour (the Vank Cathedral), between 1606 and 1655.  Its richly decorated interior is the focal point of the Armenian Church in Iran.

External articles to assist you on your visit to Isfahan and Iran: